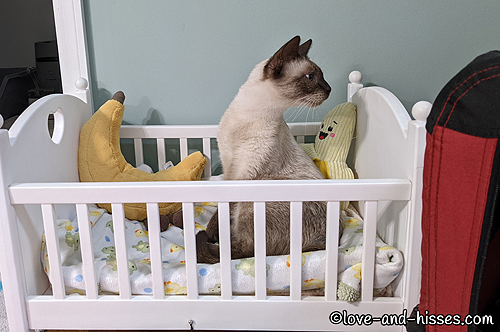 Kim’s in the crib, keeping an eye on the kittens in the crate. 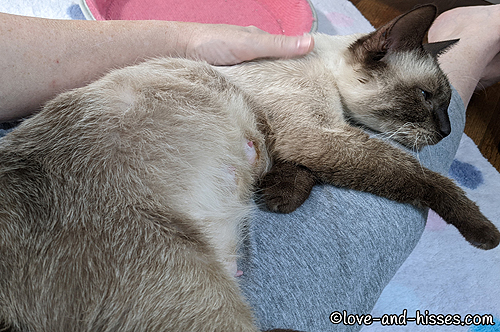 Turns out, to no one’s surprise, Kim is a lapcat. 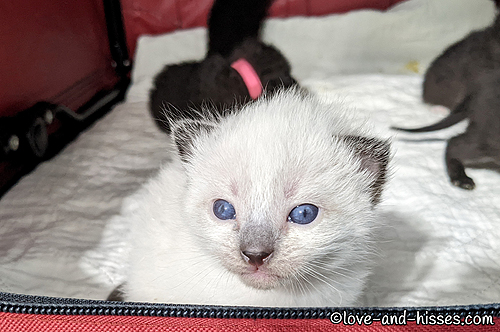 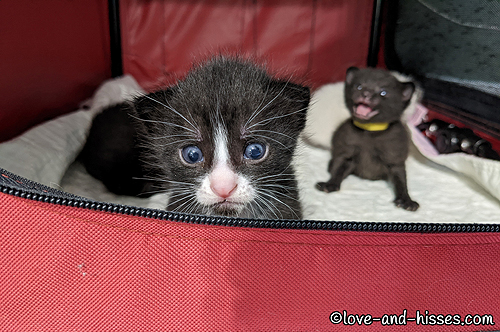 Saul in the front with the crazy eyes, and Gus in the back with the complaints. (Actually, it looks like Gus is laughing at his own joke.) 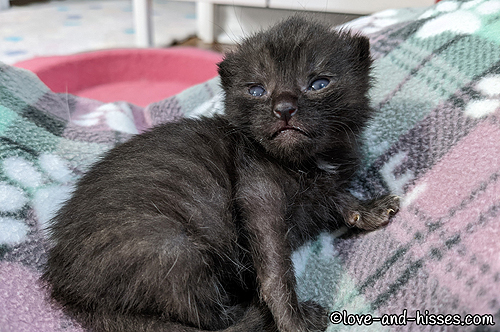 Mike in my lap, having had his bottle, is ready for a snooze. 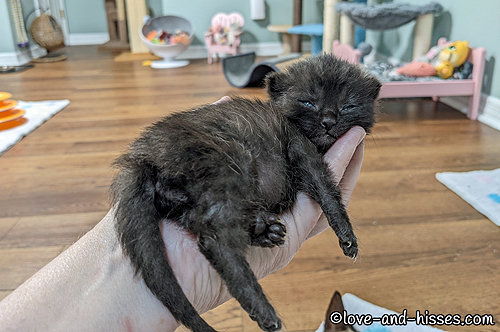 He takes up more space in my hand than he used to. 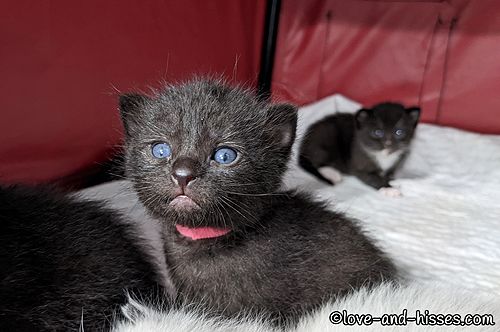 Francesca in the front, and Nacho in the distance, keeping an eye out. 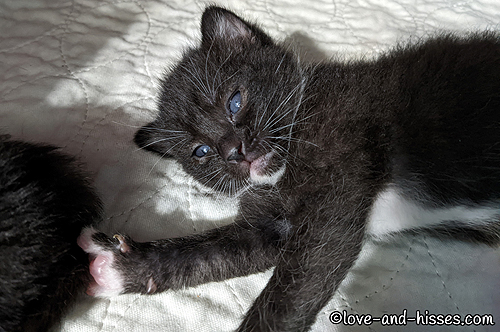 Nacho could use a nap. 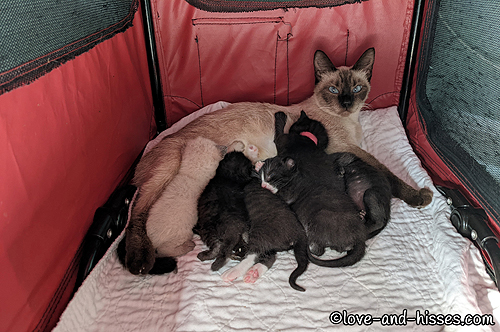 Francesca, Gus, Nacho, Lalo and Saul are 3 weeks old today! (Which makes Mike 17 days old.) They are SO CLOSE to leaving that crate but don’t quite have the nerve to make the first step. It’ll be very very soon, though. Their teeth have come in, they’re very interested in the world around them, and they’ve taken to licking me when I pick them up (which is like being kissed by angels. I expect the licking to last until they get the biting thing figured out, which will also be any ol’ time now.) 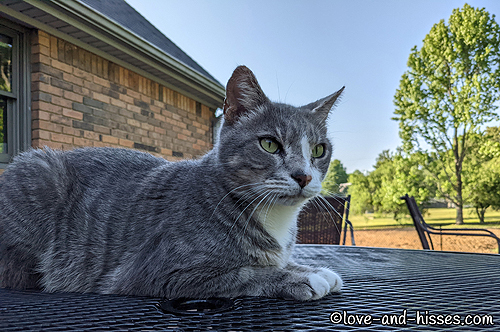 Archie loves to hang out on this table on the patio, keeping an eye on things. 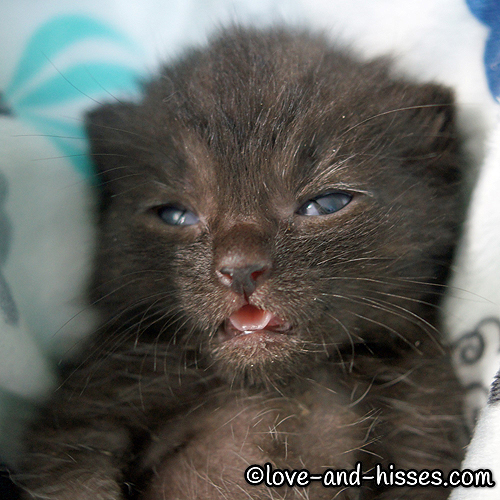 I guess Mike REALLY enjoyed that bottle – he’s currently in a milk coma. 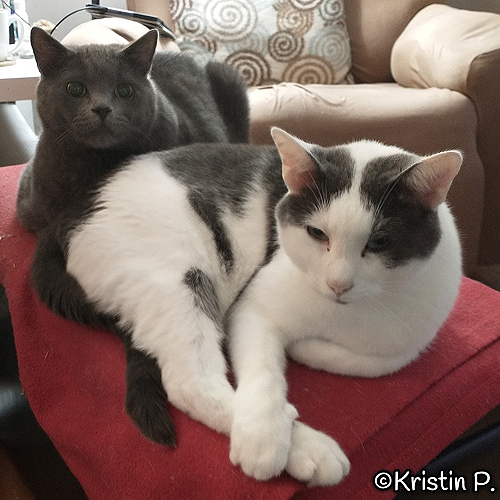 Former fosters Periwinkle (formerly Bert Macklin – the all-gray cutie in the back) and Patches (formerly Art Vandelay) are just as cute as ever. They were part of our Fakers litter (mama Regina Phalange and their siblings Chanandler Bong, Ken Adams, Princess Consuela and Susie) and came to us to foster in March 2016 when the kittens were 3 days old. And now – boom! Just like that! – they’re 6 years old. Time certainly flies.⁠
⁠
(Thanks Kristin!)

YouTube link
Please listen up, ’cause Saul’s got things to say! 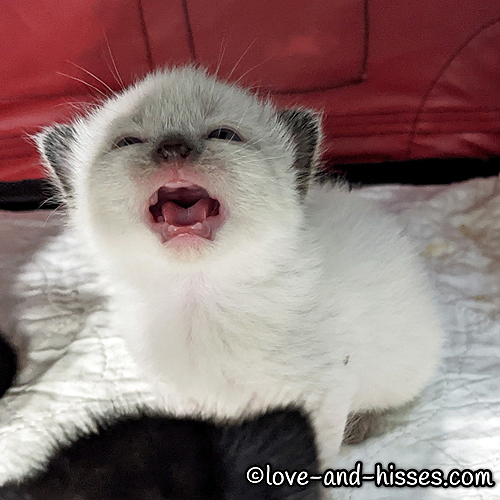 Lalo likes to talk to the ceiling of the crate and tell it all his woes.

YouTube link
I know ALL kittens love their mama, but I still love to see how excited they get when they see her… even when they’re not hungry! 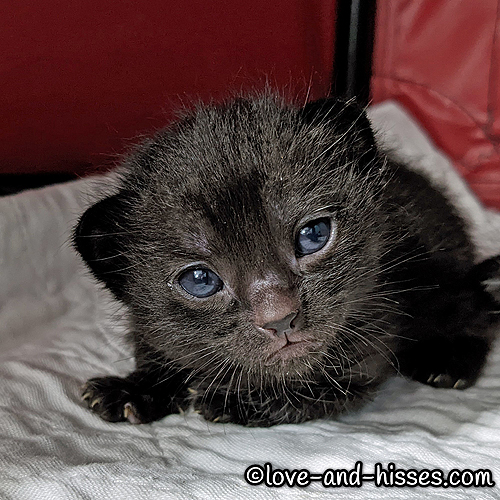 Oh good lord, that Gus is one gorgeous boy, isn’t he? 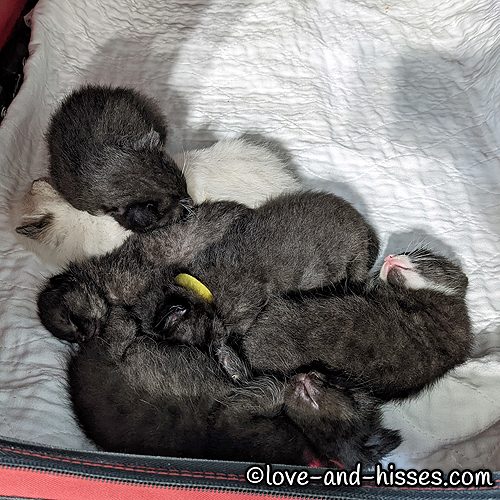