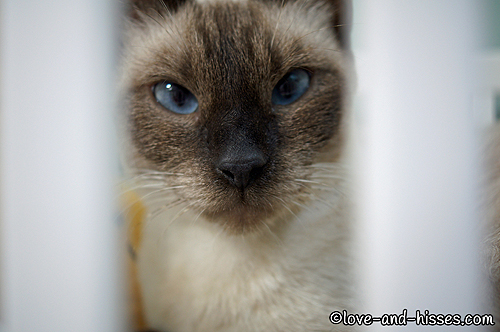 Kim was sitting in the crib, looking out at me through the bars, and this picture (her serious face) makes me laugh. 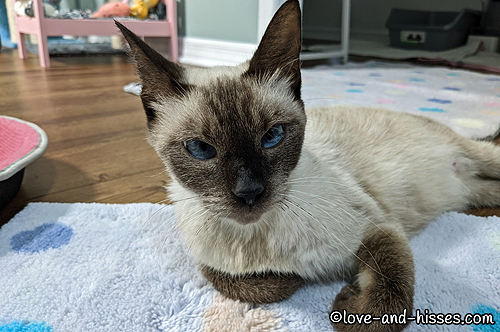 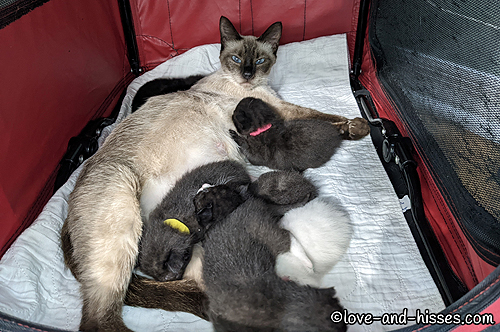 The kittens seem to be too busy roaming around the crate to see what’s going on at the milk bar. 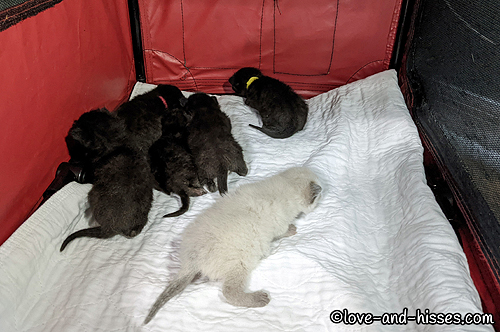 So the milk bar leaves, and the kittens keep roaming. 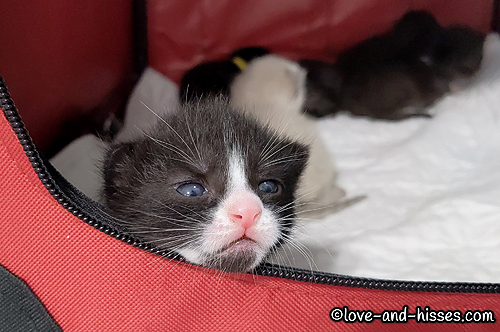 Saul’s checking out the world beyond the crate. 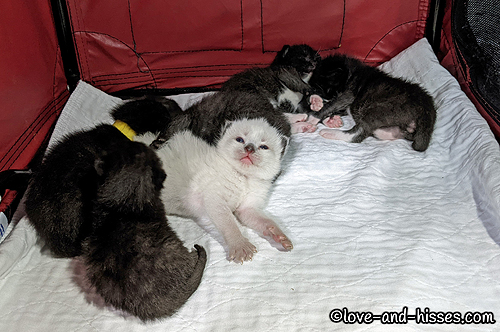 They are just so CUTE. 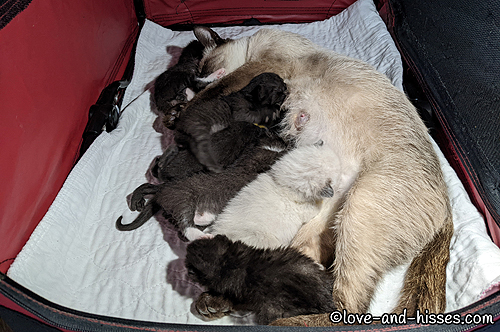 And the milk bar returns. 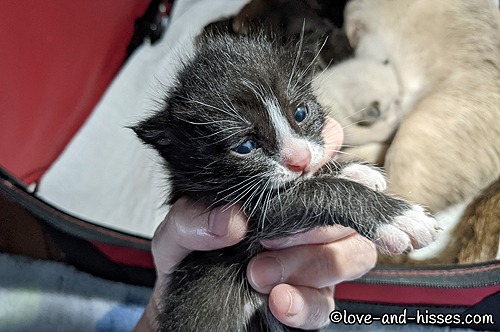 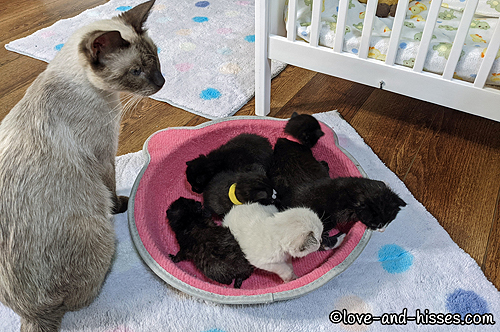 “Those kittens are in my pie plate,” says Kim. I put them in the pie plate while I change out the bedding in their crate. 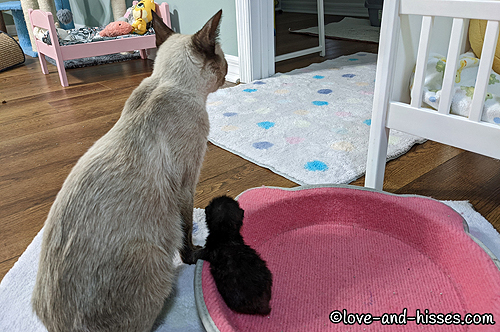 I was in the process of putting the kittens back in the crate when I saw what very much looks like a boy and his mama holdin’ paws and looking at the sights. 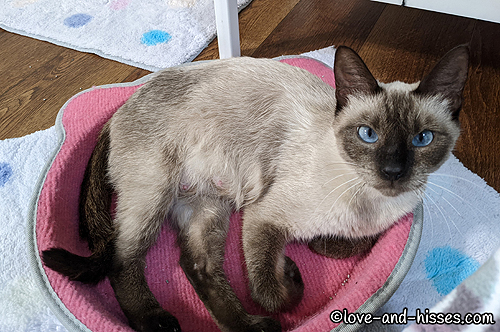 And then Kim settled in to her pie plate and took a nap. 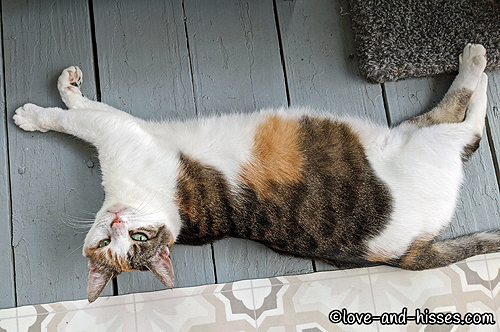 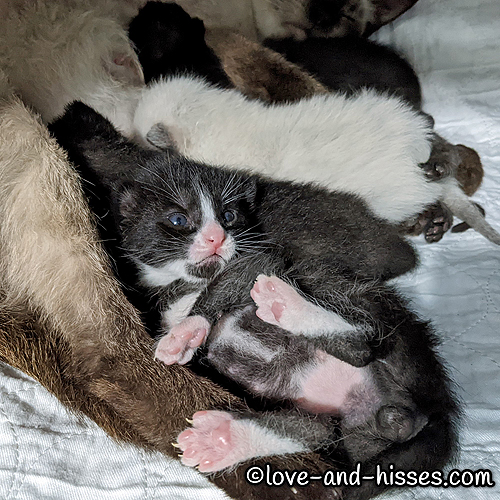 Saul shows it all off. Enjoy it while you’ve got it, Saul! 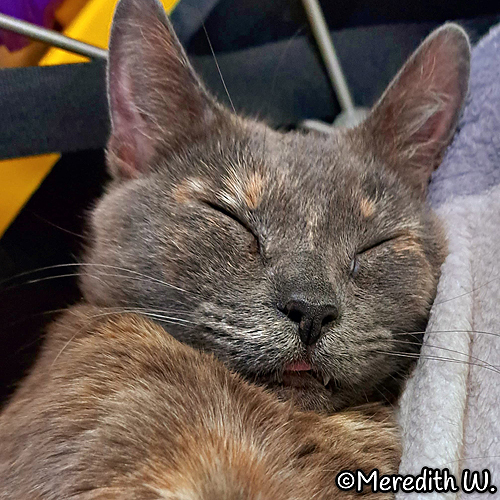 We have an update! Remember sweet mama Jocasta? Sure you do, it’s only been a couple of weeks! Meredith reports that they’ve renamed her Dolce because she’s so sweet (awww!) She’s doing well, loves to spend her days sitting on the bed and looking out the window. She hasn’t met her sisters (torties!) or brother (a husky!) yet, because she had a bit of an upper respiratory infection, and they want to wait until she feels her best and is comfortable. Nothing wrong with a slow intro! Oh, that sweet face just kills me. She gets to be the baby now. ❤️⁠
⁠
(Thank you so much, Meredith!)

YouTube link
The milk bar is the happenin’ place to be! 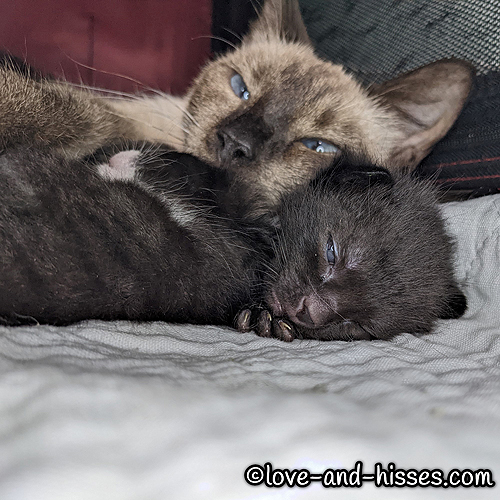 Mike makes an excellent pillow, in case you were wondering. 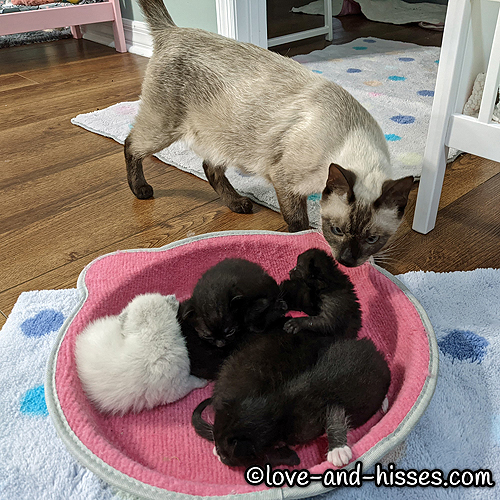 Kim checks out the kitten pie (her favorite!) 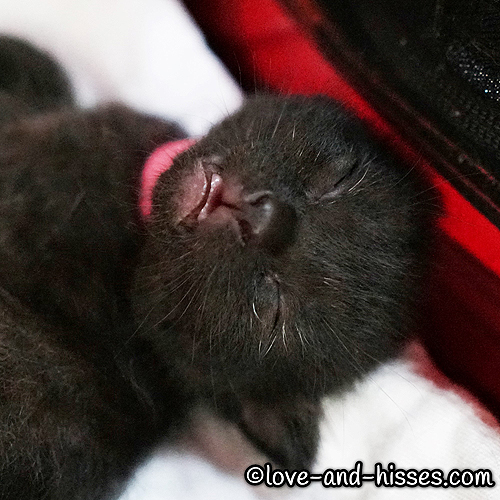