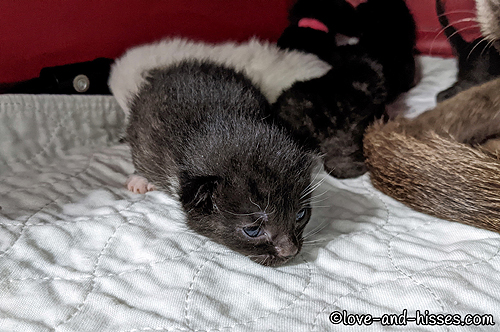 Nacho (Ignacio) takes a turn around the crate. 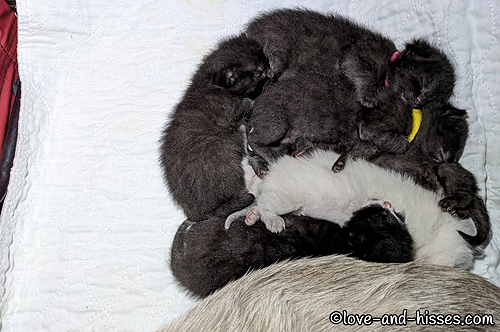 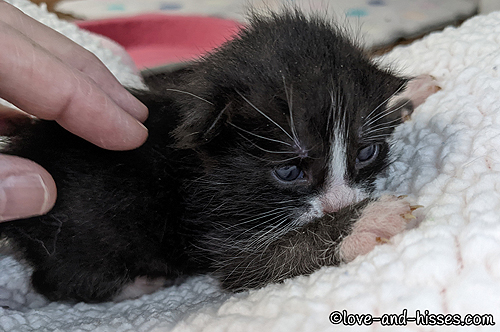 Saul’s in my lap, admiring his tiny claws. 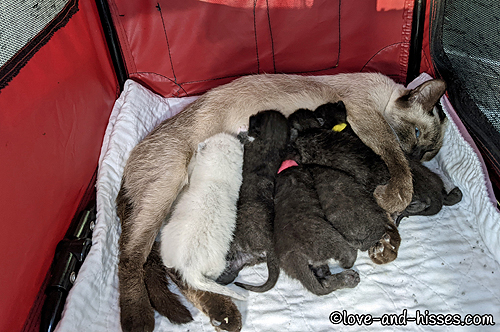 The milk bar’s all booked up. 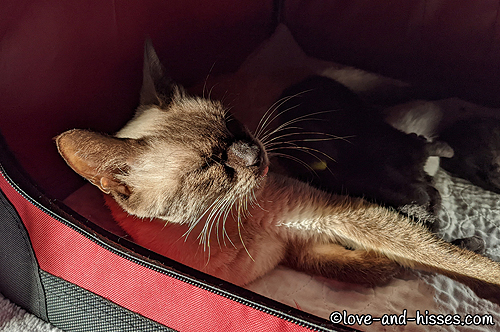 For about 10 minutes every morning the sun shines into the crate, and Kim Wexler enjoys it. 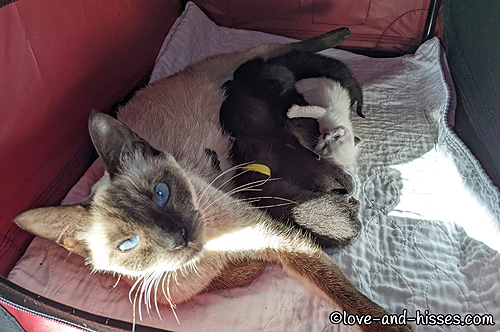 Kim’s all “You gonna pet me, or what?” (and please note Lalo back there, mid-yawn.) 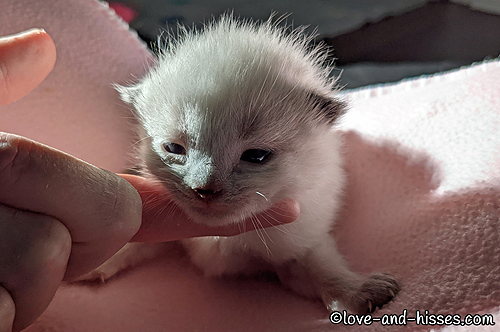 Lalo in my lap in the sun. 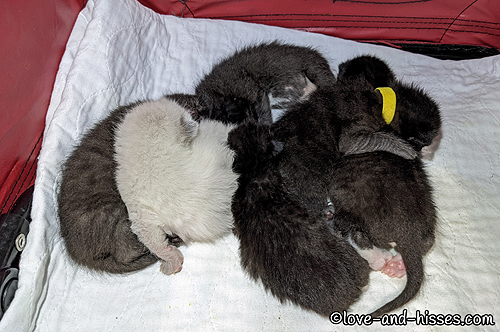 Another pileup. I love the stripes on Gus’s (yellow collar) legs. 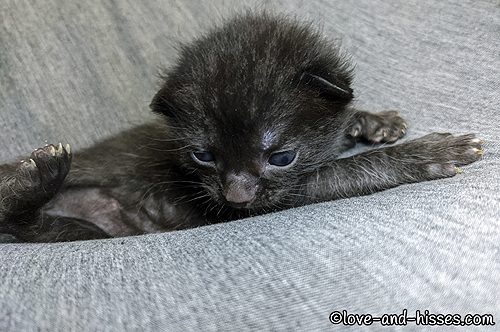 Gus in my lap, wondering “Where am I and how did I get here?!” Better get used to it, kid. 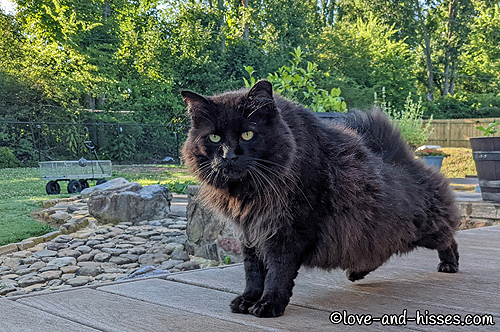 Khal, stretching while he walks. Utterly FABULOUS, that boy. 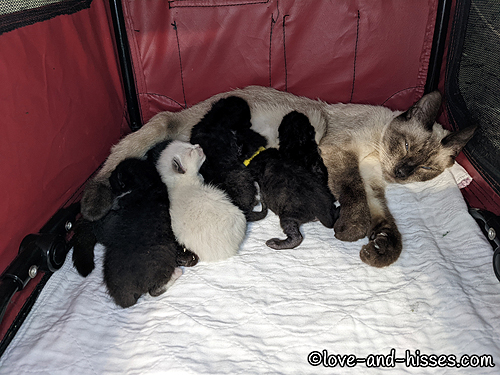 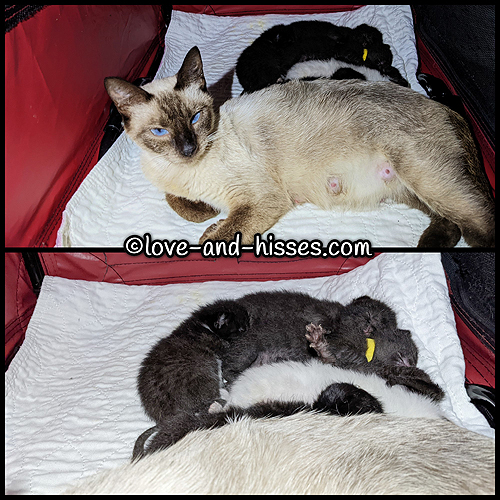 I was all “Hmm.. I wonder where Mike is?” and then his little paw popped up from the bottom of the pile “Here I am!”

YouTube link
The kittens mosh a little, wander around the crate a little, and basically just wait for mama (who was eating) to come back. I love their little voices. 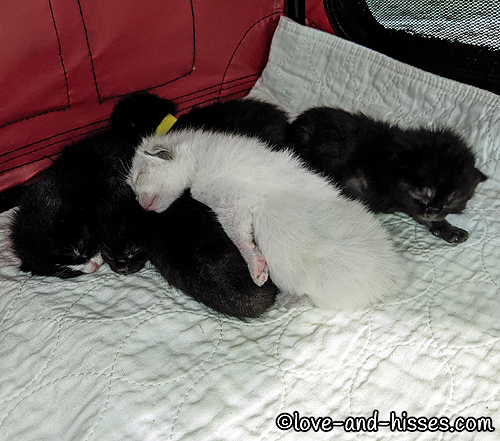 Lalo’s favorite way to sleep – throw himself atop a pile of his siblings, and pass out.

YouTube link
Life in the crate: Rolling around on their backs, wandering around the crate, and just basically killing time ’til Mama brings the milk bar back. 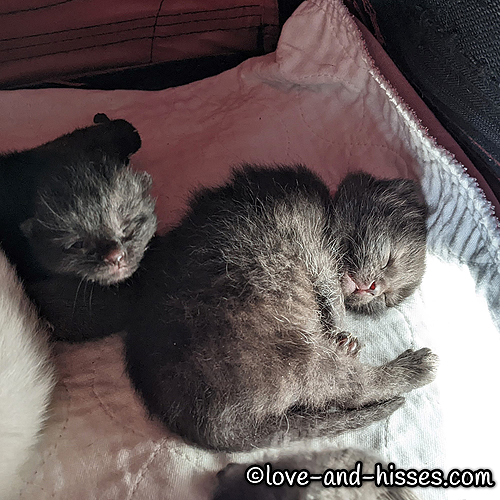 Francesca asleep, and Mike about to use her as a pillow. 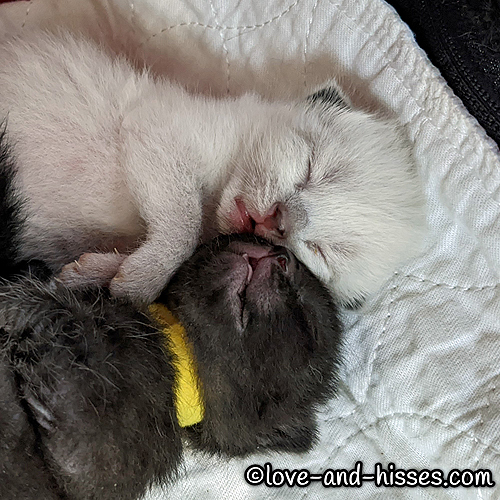 Good night innernets. (Lalo and Gus, sleeping cheek to cheek. I must have missed THAT episode of Better Call Saul.)