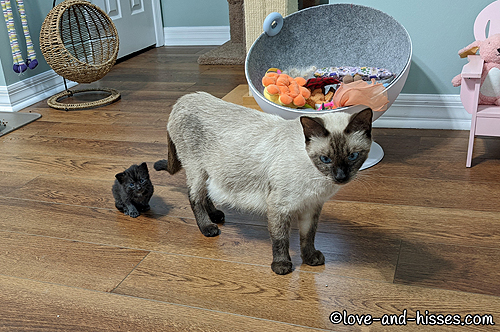 Mike’s following Kim around, waiting for her to flop down and present the milk bar. 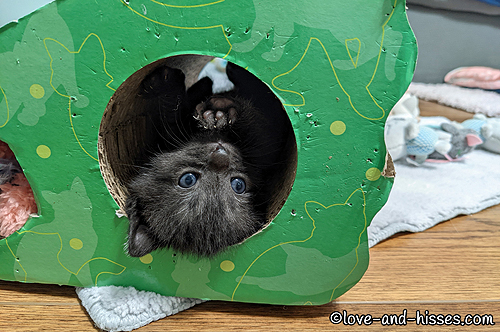 But then he got distracted by the tunnel scratcher. 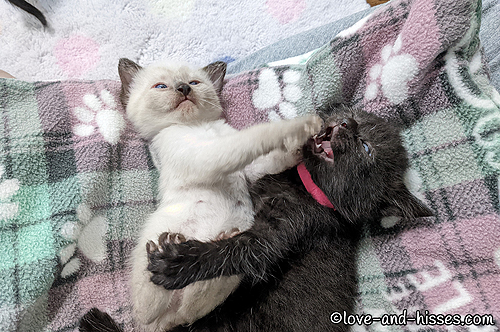 Lalo and Francesca have a tussle in my lap. 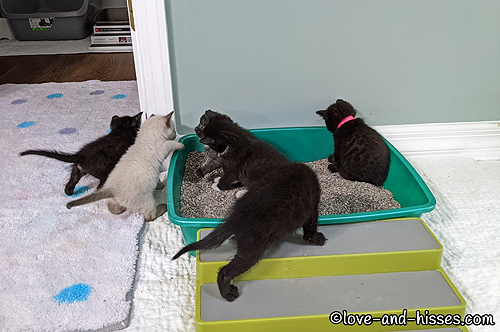 They got a bigger litter box (the ones at Dollar General are a good size – they’re large boxes, but low enough that the kittens can get in and out), and it was time for a potty party. 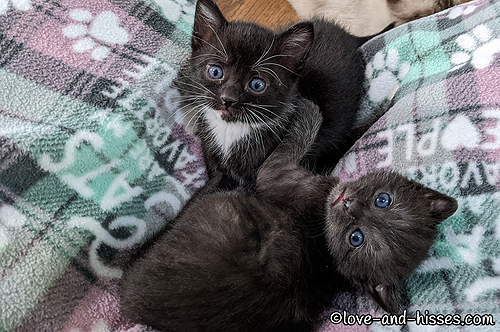 Nacho’s like “That lady is always watching us.” and Mike’s like “It’s because we’re so cute.” TRUTH. 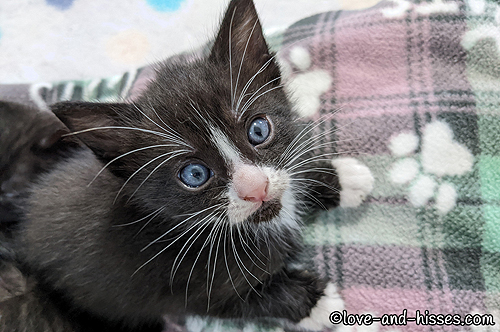 Saul’s always wondering if I’ve got a bottle for him. 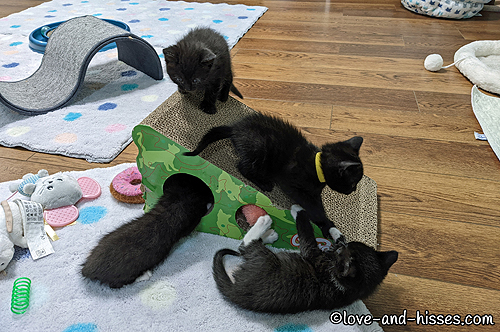 They love this scratcher so much. 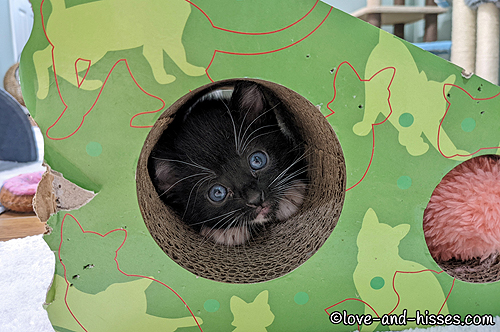 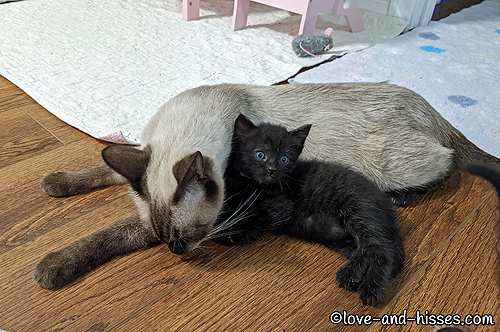 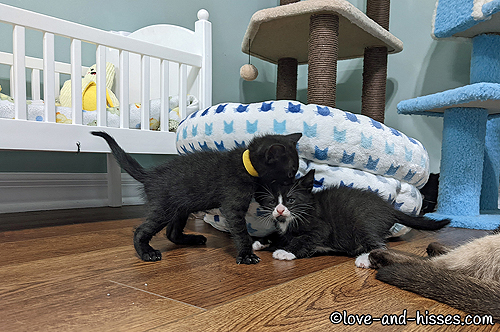 Gus, showing Saul who the boss is. 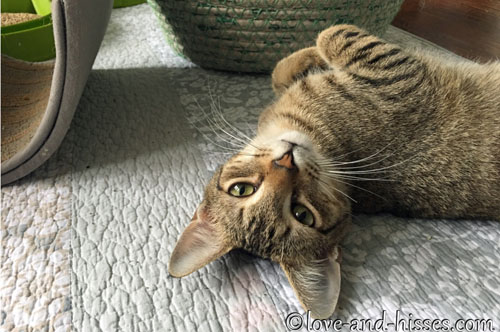 Just an old picture of Dewey, so y’all don’t forget what a pretty boy he is! 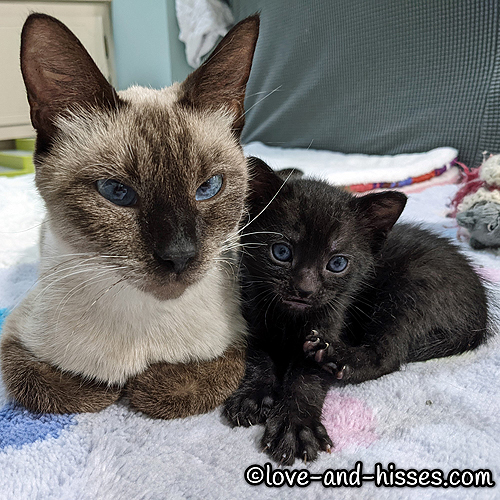 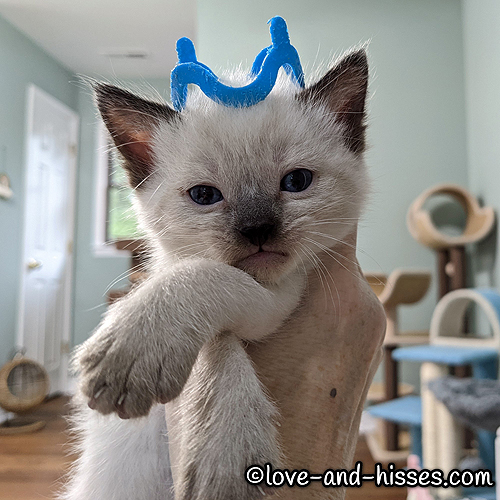 Lalo’s “Seriously, lady?” face gets me every time.

YouTube link
Oh that Kim, she is just the SWEETEST. 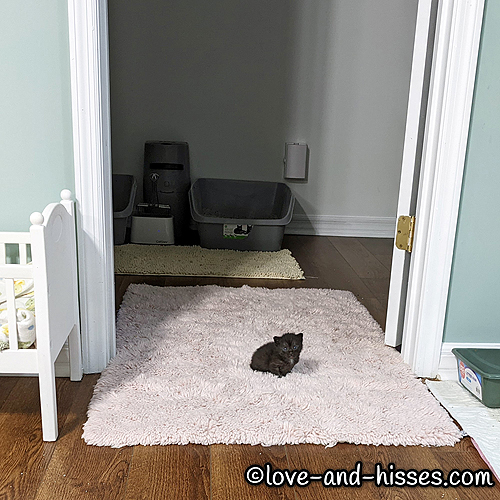 Tiny Mike is tiny… but getting bigger every day!

YouTube link
Many BOOPs were BOOP’d that day, my friends. 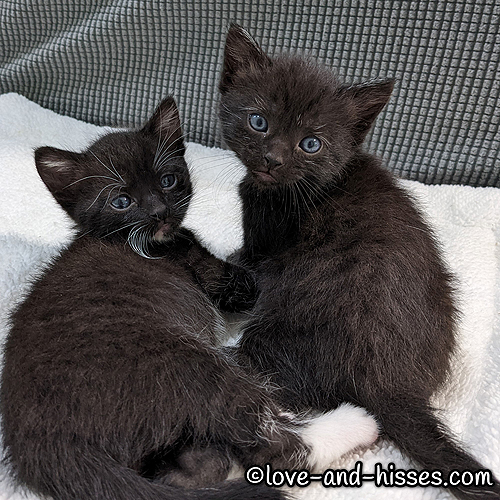 Nacho and Francesca are all “Do you mind? We’re talking about you.” 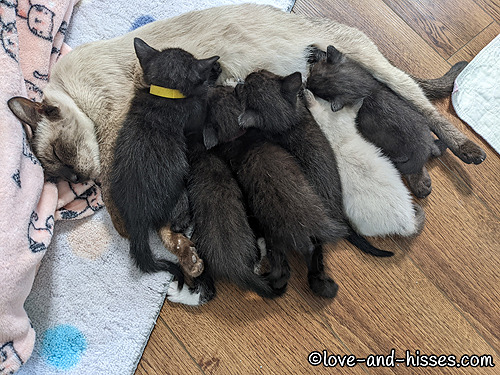