The MMMs and Dodger will probably be going this week to be spayed and neutered. Actually, Moxie’s already spayed, so just Melodie, Martin, and Dodger need to be done. They’ve all been well over two pounds for more than a few weeks, but there’s no rush due to the slowdown of adoptions, so I decided it wouldn’t hurt to wait.

They’re having a good time with the run of the upstairs. Most of the time when I go up to hang out with them, they’re in various places in my room. Martin and Moxie really like to hang out on my bed, Dodger likes the little kitty condo near my bed, and usually Melodie goes running when she hears me coming up the stairs, but comes out pretty quickly from her hiding place in the bathroom. 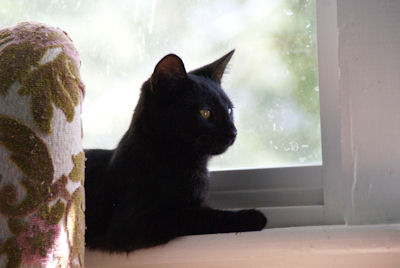 Moxie in the window. 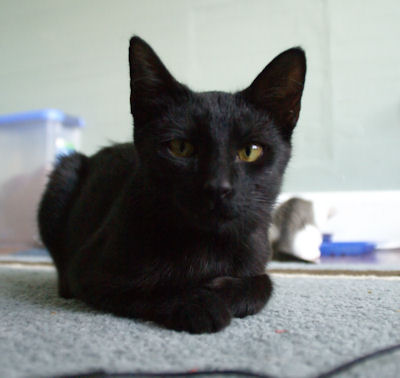 I think maybe her eye color changes with her moods. Sometimes they look this pretty golden brownish color, and other times they’re gorgeously orange. 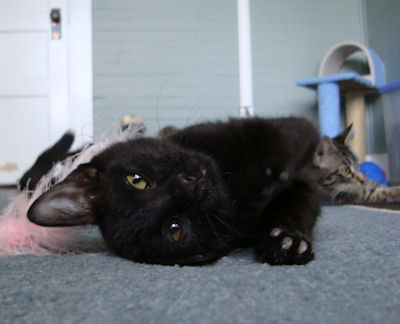 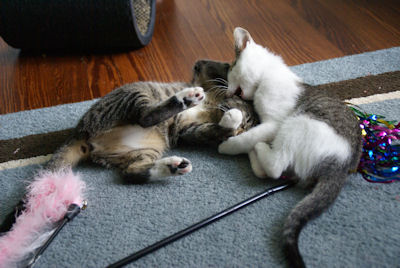 Martin and Melodie battle it out. 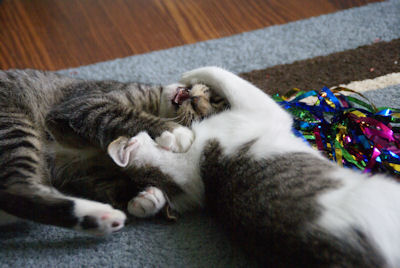 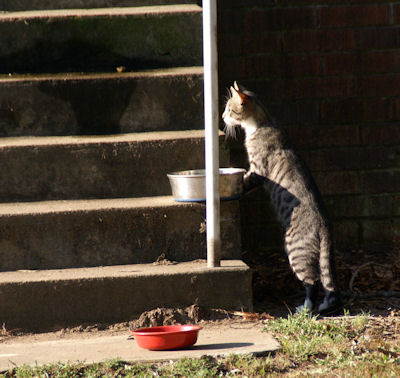 The Bookworms were hanging out in the back yard with me. Suddenly, the meter reader went tromping through the side yard and scared the heck out of them. Bolitar went and hid beside the steps and kept an eye on him. 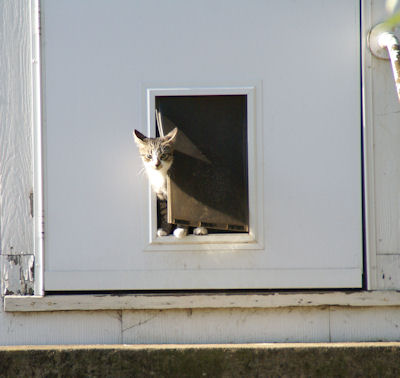 SOMEONE’s super-annoyed by the fact that he was trying to sneak out the door and found that I was already out there, yelling at him to get his butt back inside. 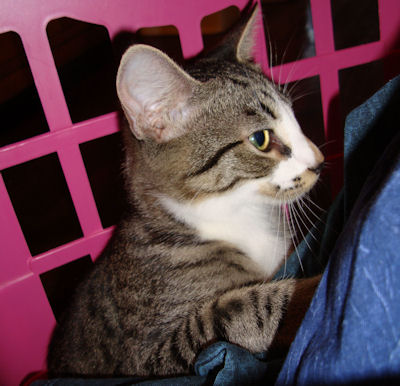 “What? I’m trying to fold this laundry, lady.” 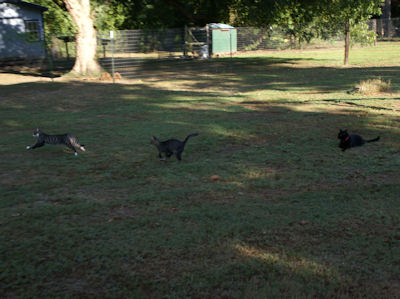 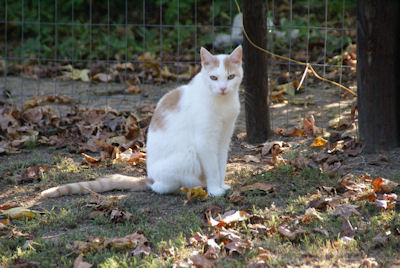 Spanky’s already annoyed by me and the camera, and I’ve only taken one picture of him!