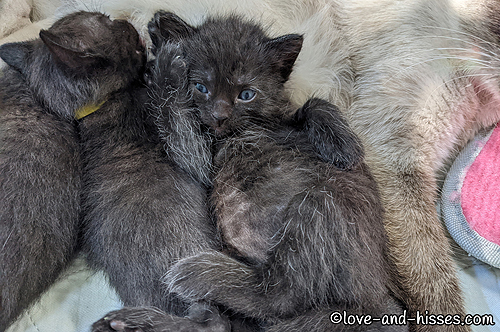 Francesca’s all “What? What you want?” (I love the heavy sprinkle of white hairs on her front legs. And her back legs too, for that matter.) 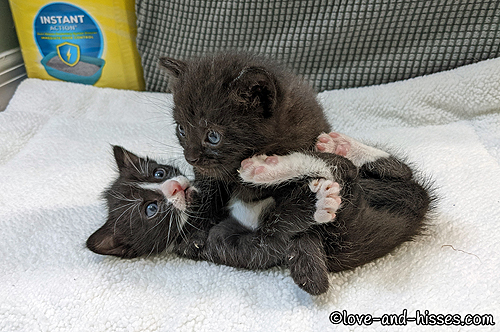 Francesca has the upper paw here, and Saul is just NOT sure what’s going on. 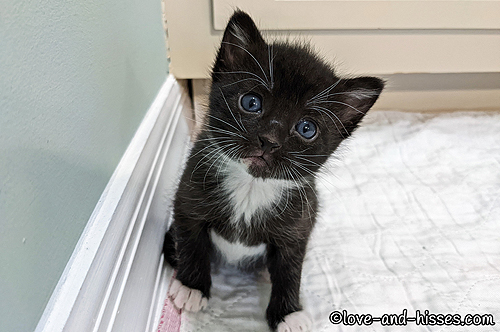 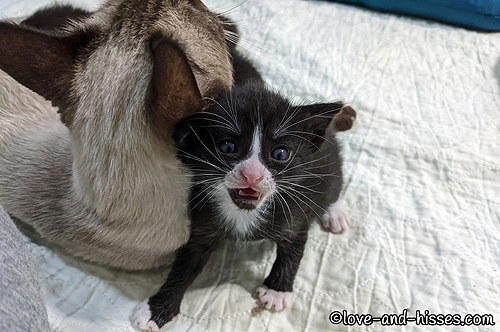 Saul is a talker, and he loves his mama. 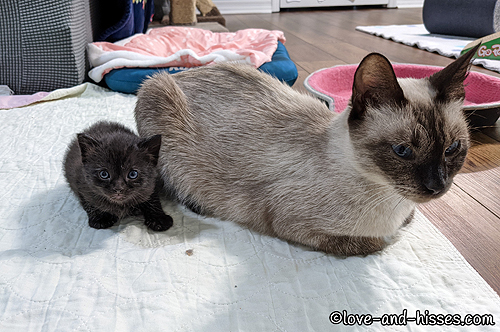 Francesca’s all “Lady, you seen a milk bar around here anywhere?” 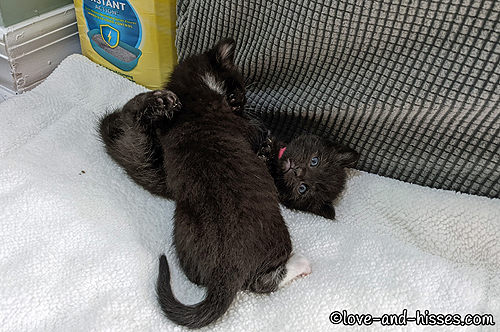 Now Nacho’s got the upper paw, and Francesca isn’t sure how that happened. 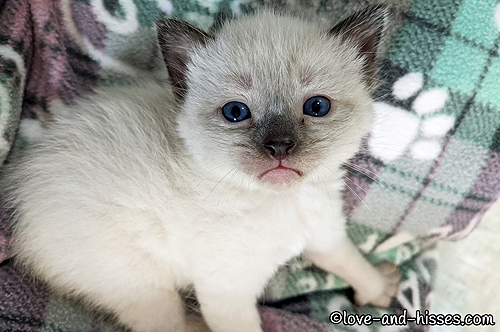 Lalo in my lap, bein’ cute. 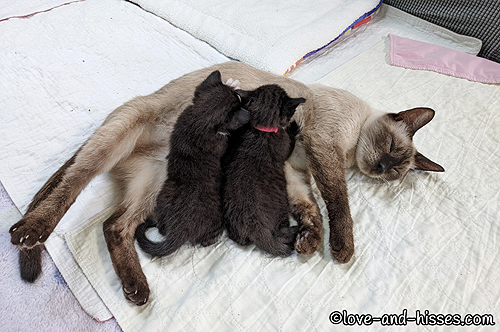 Now that the kittens are out of the crate, I like that Kim will often have just a couple of kittens nursing and it’s not always the whole bunch. (Here it’s Saul and Francesca.) 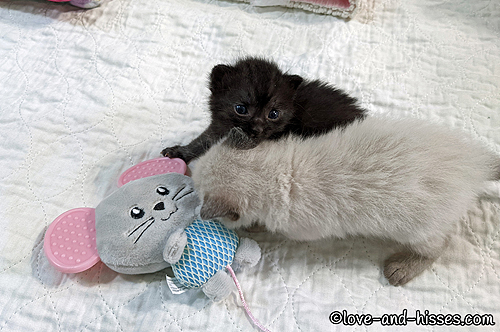 Mike and Lalo found a toy. 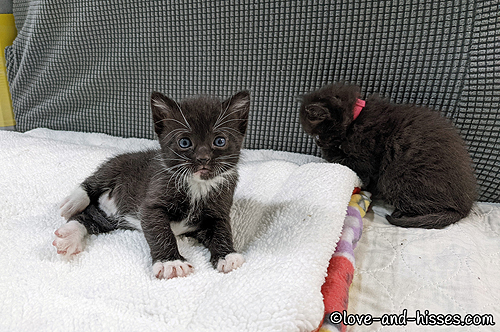 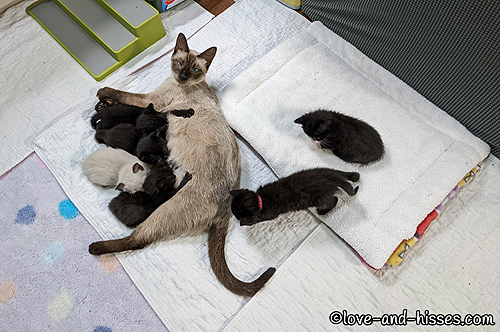 Of course, sometimes all 6 kittens end up at the milk bar, but it happens less frequently. 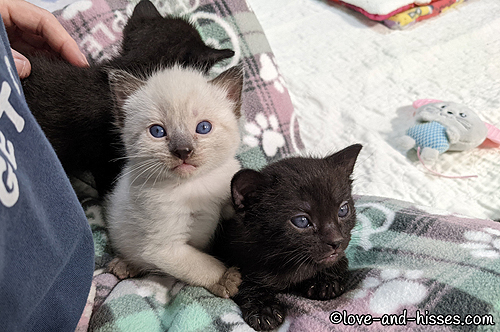 Lalo and Gus have a snuggle. And Gus is clearly THRILLED about it. 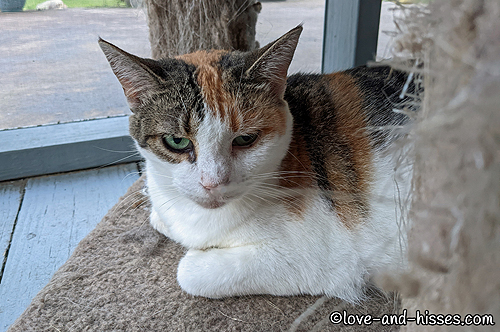 Alice Mo is SO READY FOR FALL. 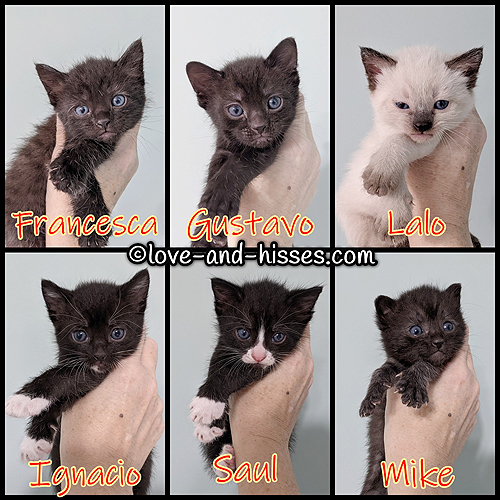 Francesca, Gus, Lalo, Nacho and Saul are 4 weeks old today! (Mike will be 4 weeks old on Sunday.) Now that they’ve escaped the crate, they are exploring more and more of the foster room. They’re starting to use the litter box (though of course they don’t have it completely figured out yet), and I’ve seen Francesca and Saul check out Kim’s food plate and the water bowl. In the next week I expect to see at least some of them try her food. They’ll get better with the litter box, and I’m sure they’ll start to do some climbing. These babies are growing up SO fast! 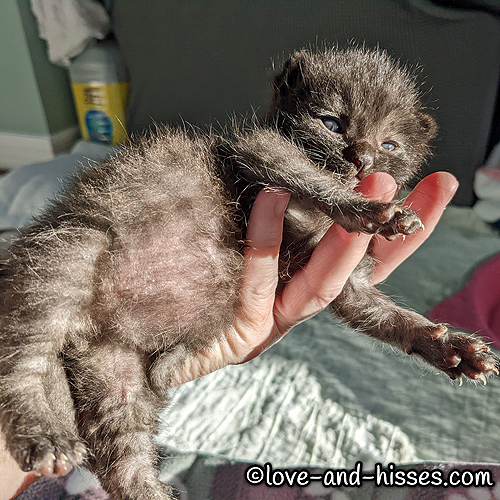 Mike’s a little more of a handful than he used to be! (He now weighs 12 ounces/ 340 grams and is still gaining every day.)

YouTube link
Buying Nacho’s love with a bottle. Hey, whatever it takes, right? 🙂 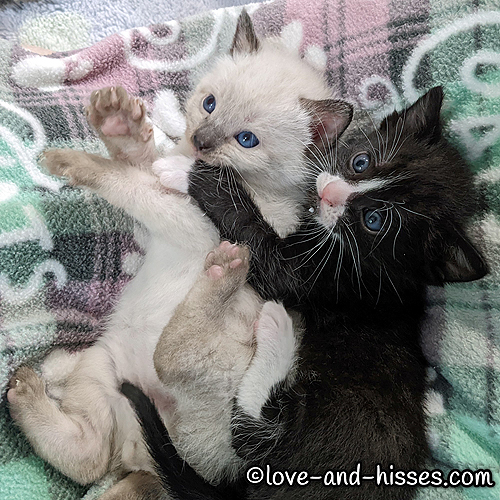 Lalo and Saul have a snuggle. ❤️ 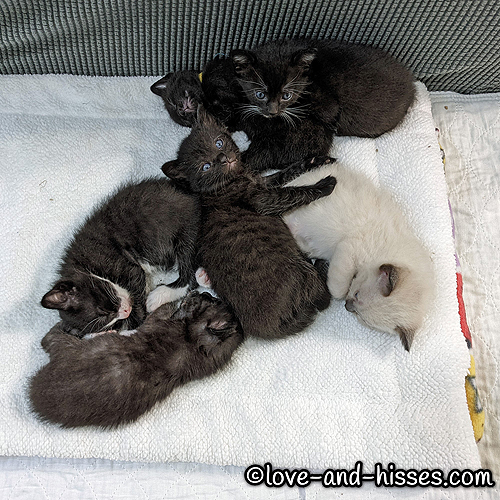 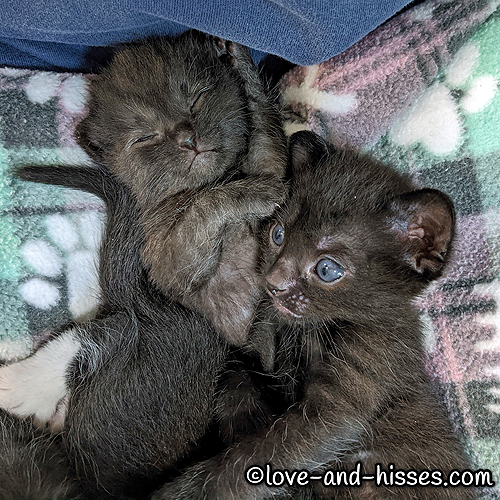