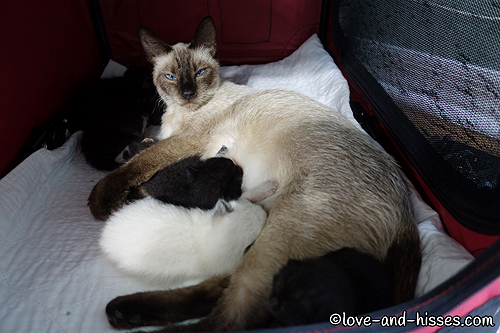 Kim’s all “Did you need something, lady?” 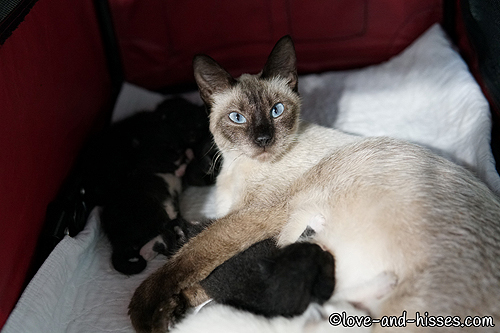 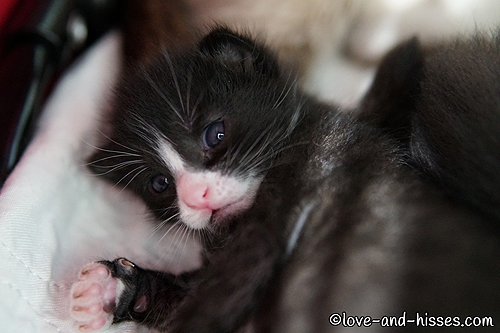 The first of many “What doin’, weird lady?” looks from Saul. 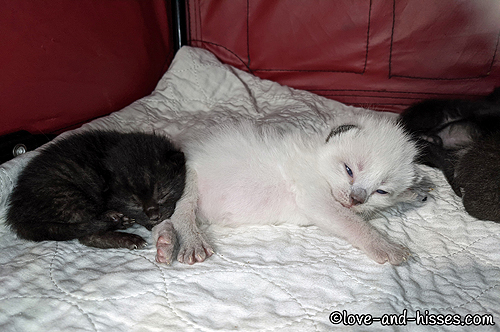 Mike would like to report that Lalo’s behind makes an excellent pillow. 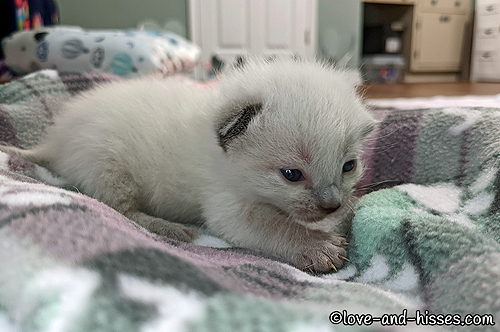 Lalo’s all “SIGH. You weighed me YESTERDAY and the day BEFORE, why you weighing me AGAIN?” 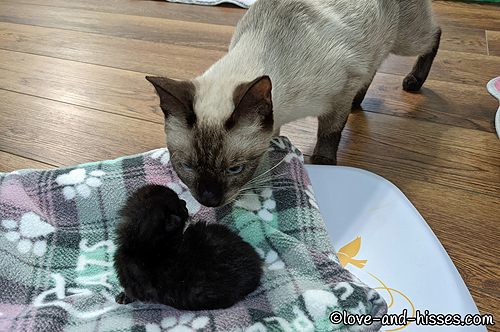 Mama snoopervises the weighing of Mike. 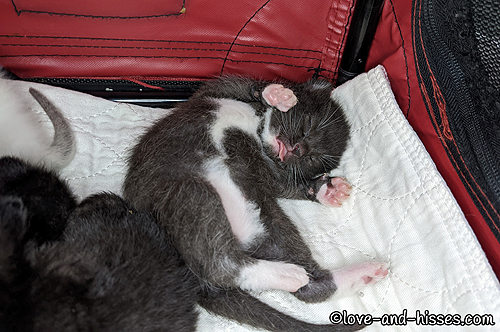 When Nacho’s not actually nursing, he’s dreaming about nursing. 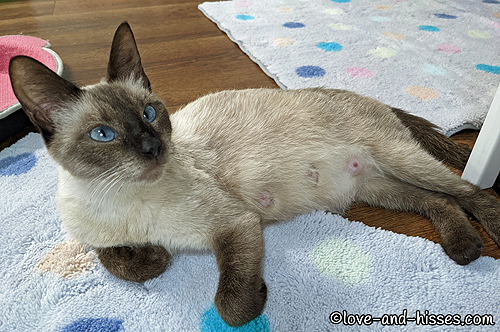 Kim Wexler: SUCH a pretty girl. 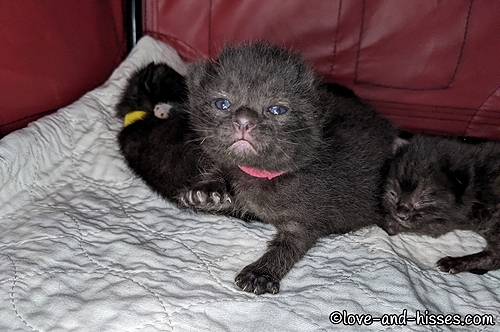 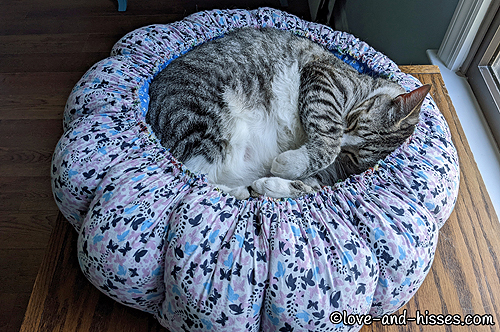 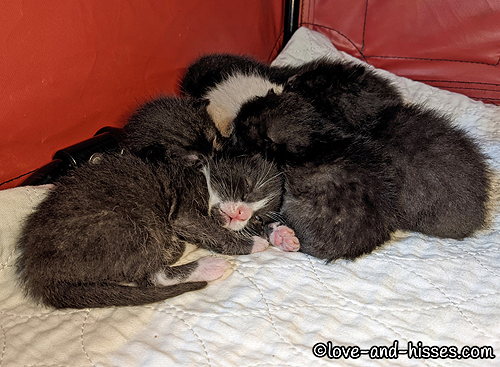 This sleepy little pile is sleeping in this morning. ❤️ 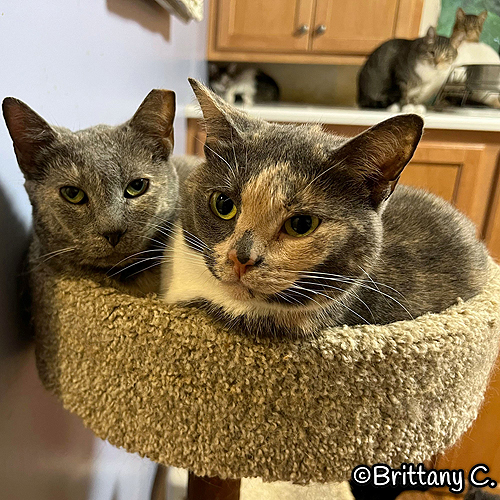 On the left is Kristi, our sweet, sweet foster from 2018. On the right is Pistol Annie, who we didn’t foster, but was the mother to 5 of the kittens who made up our huge litter The Vittles in 2020. Brittany reports that Kristi and Pistol Annie are often found curled up together in this spot. (They’re both at Michelle’s house, both available for adoption still.)⁠
⁠
(Yes, Kristi’s daughter Katia – who we fostered alongside Kristi and was also pregnant when we got her (Katia had 4 kittens, Kristi had 6) – is also still at Michelle’s house.)

YouTube link
That’s a sleepy pile of kittens, right there – with Gus on the bottom! 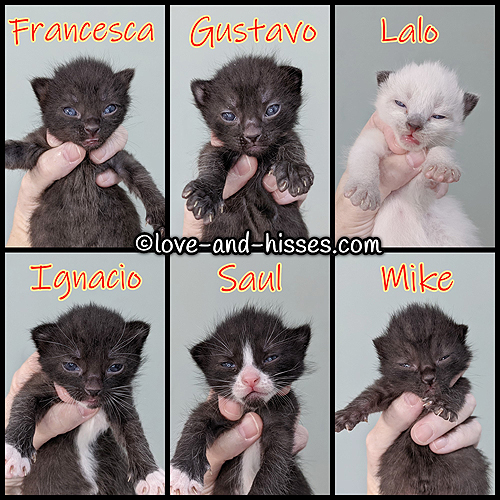 5 of these kittens (Francesca, Gus, Lalo, Ignacio, and Saul) are 2 weeks old today! Mike is 10 days old. They all have open eyes, though they were kinda sleepy here and not cooperating with my attempts to capture the beauty of those deep blue eyes. Trust me: they’re GORGEOUS. 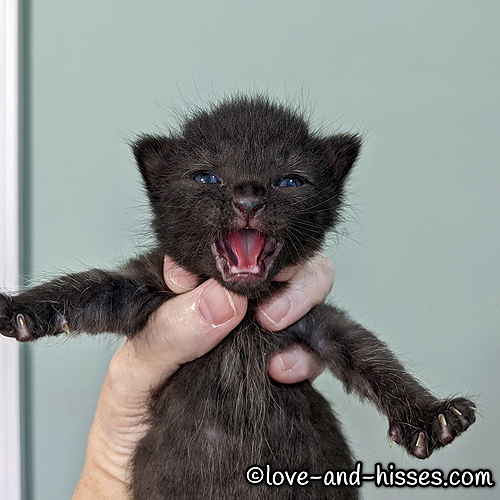 “MAMAAAAAAA! SAVE MEEEEEE!” yelled Francesca. Across the room, Kim just kept on eating. 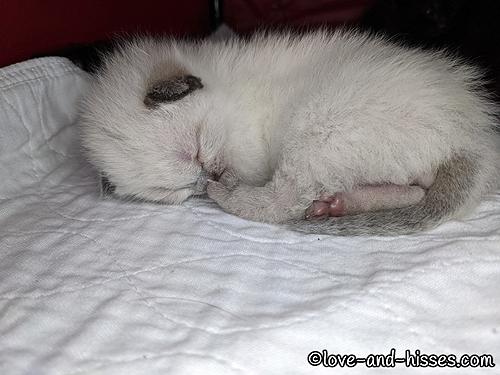