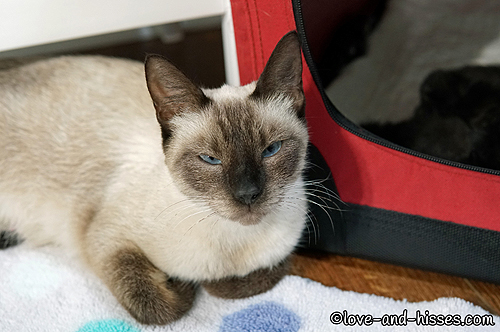 Kim’s spending more and more time out of the crate (which I very much support), but she doesn’t go far. 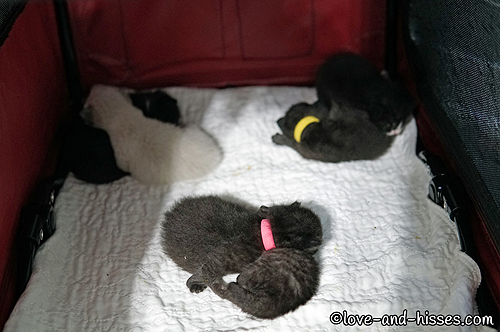 Instead of one big pile, we’ve got three smaller piles. In the back left: Nacho and Lalo. Front and center: Francesca and Mike. And back right: Saul and Gustavo. 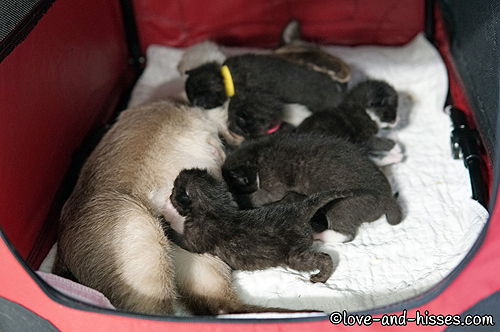 At the milk bar. Look at how intent Mike is on nursing. 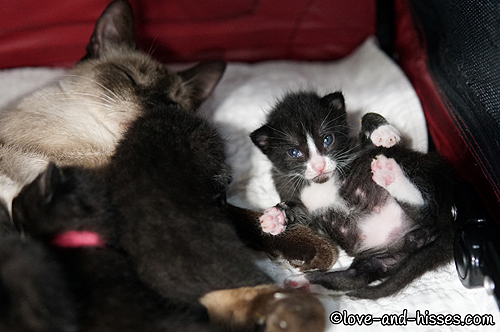 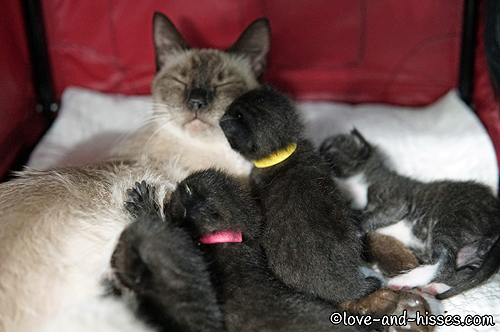 I swear it looks like Gus is giving Kim a kiss on the cheek. 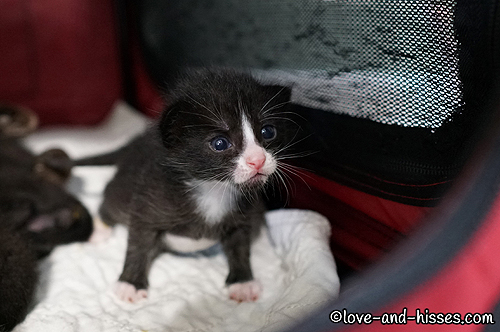 “What’s going on out THERE?” Saul wonders. 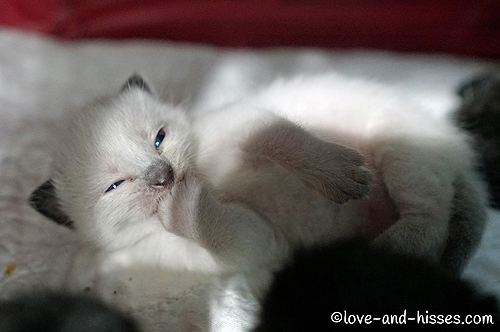 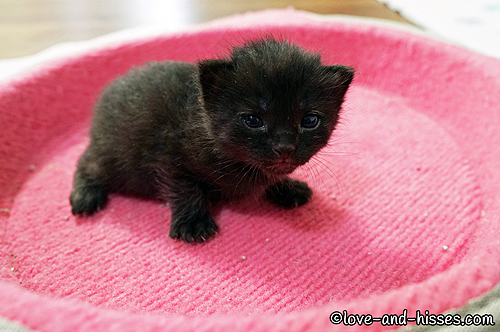 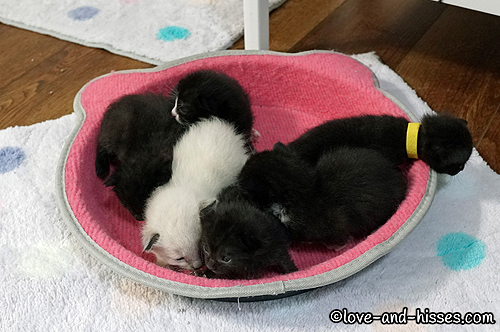 And 6-kitten pie! (My OTHER favorite!) 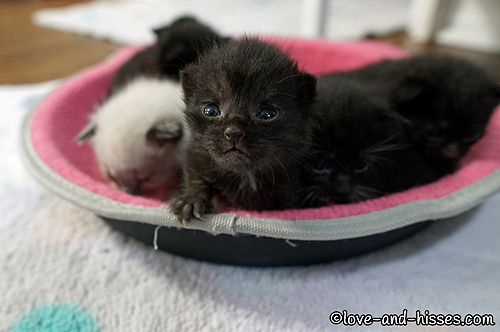 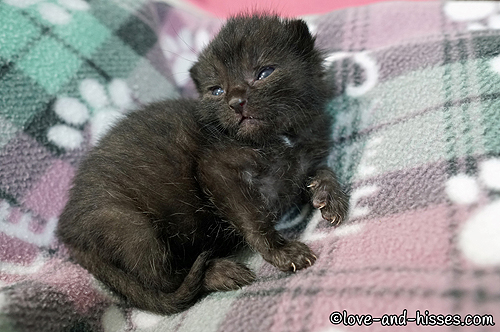 “I’d rather be a lapkitten.” 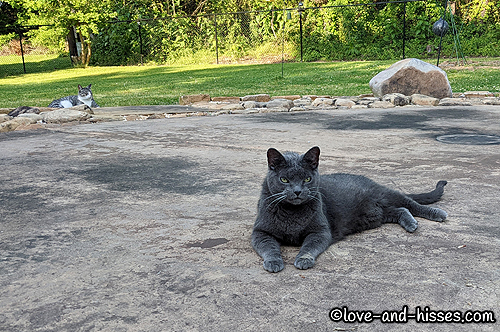 Looks like Jake and Charlie (in the background) are shooting their new album cover. Loony Jake and Charlie Bear present: 10 Essential Folks Favorites, from This Nom is My Nom to Where Have All the Micies Gone. (What, you thought they were gonna be heavy metal?) 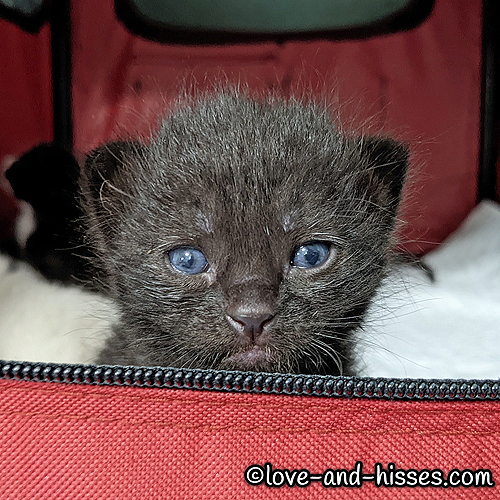 “Is that what you’re wearing?” (Francesca)

YouTube link
Good morning from the foster room, where I’m reporting on the goings-on. 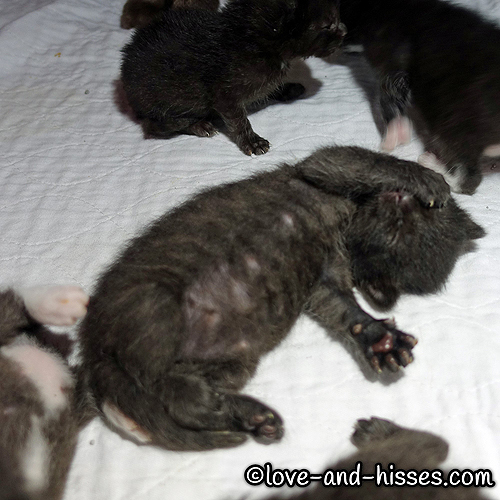 Mike can clean his own paw, thank you very much. 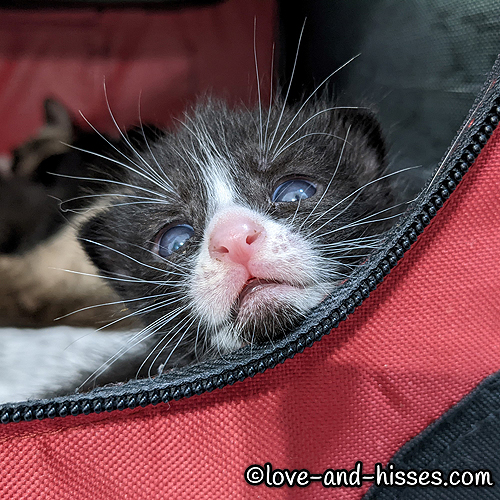 Saul’s got the crazy eyes. 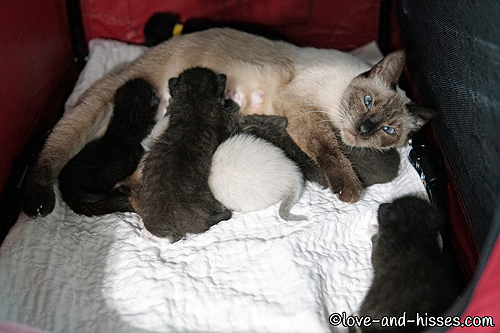 “Watchin’ you, lady.” That’s Gus wandering around behind Kim, and Nacho at the front of the crate (lower right corner.) Which means we’ve got Mike at the far left of the milk bar, next to Saul, Lalo’s big white butt, and that’s Francesca kind of buried under everyone and partially serving as a pillow for Kim. 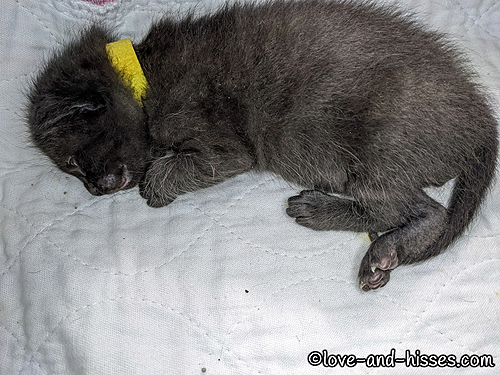 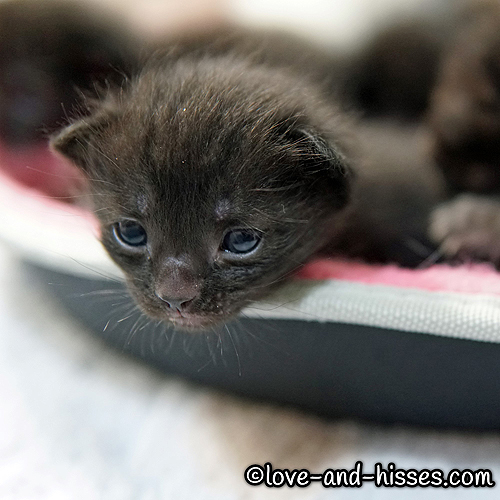 It’s a big step from the pie plate to the floor, but Gus knows that one of these days he’s just going to GO for it. 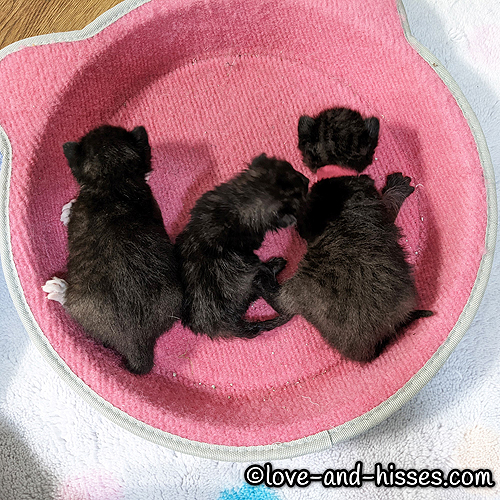 Here’s a picture of Mike in the middle of the pie plate, with Nacho on the left and Francesca on the right. Nacho is – right now – the biggest kitten. And Mike is the smallest, of course. 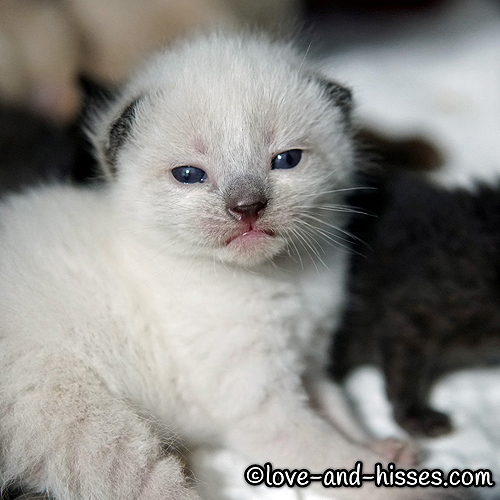 A few people have mentioned that Lalo looks like a baby seal and yep – I can see that!

YouTube link
I know some of you are worried about Mike, but don’t be – not only is he being supplemented with a bottle every few hours, but as shown here he can successfully fight off a kitten twice his size. (Saul just comes at the problem from a different angle. Little smarty pants.) 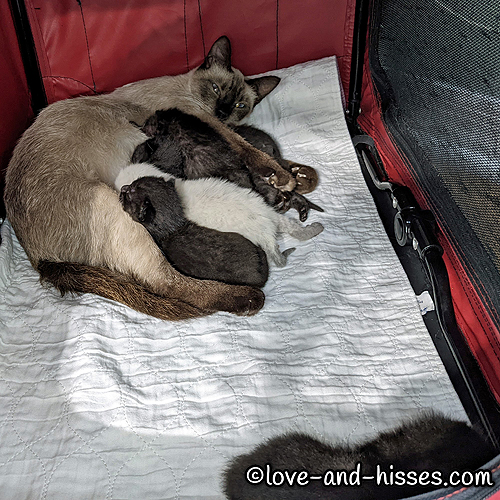 Good night innernets. (Gus goes for a wander, while everyone else bellies up to the milk bar.) 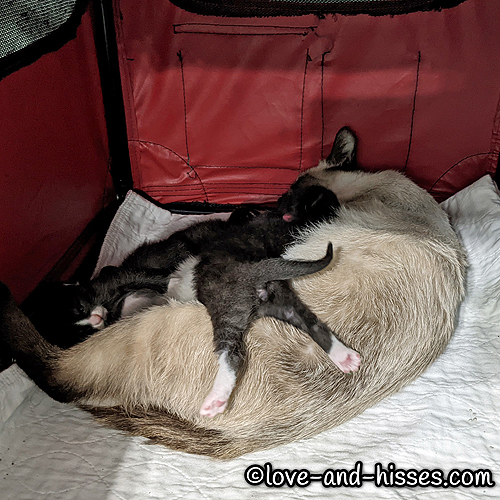 Nacho makes his approach to the milk bar from the back. 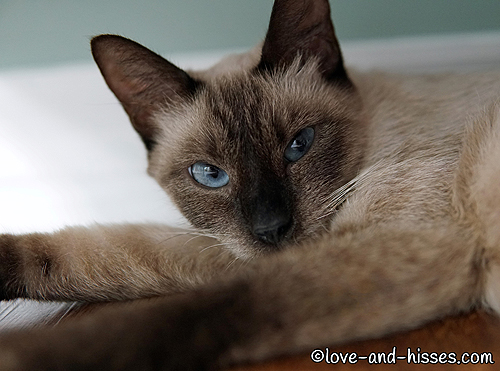 Oh that Kim Wexler: she is a STUNNER. How do I keep getting the MOST beautiful mama cats?

YouTube link
Look at all those bright eyes! 5 of the 6 kittens are hanging out in the crate, Mama’s sitting in the pie plate (Mama Pie! My favorite!) and Mike’s having a post-bottle snooze. 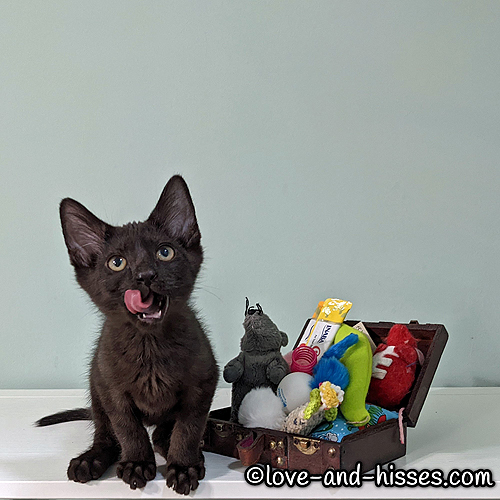 Hooray, hooray, Roger has been adopted and went home today! He joins a family that includes new brother Wilson (who looks very much like Roger!) He is keeping the name Roger, and I’ve been promised updates! Happy life, sweet boy. ❤️⁠
⁠
This leaves Lizzie, Jenny and Brianna still available, and still at Petsmart. When I picked up Roger to deliver him to his new home, I got to see and snuggle with the girls briefly, and they’re doing great (and were more interested in playing than snuggling with me!) 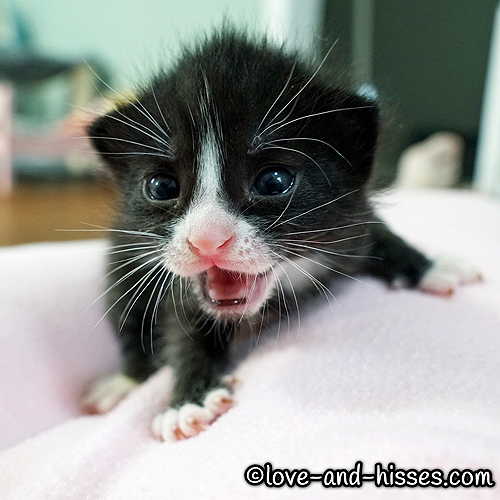 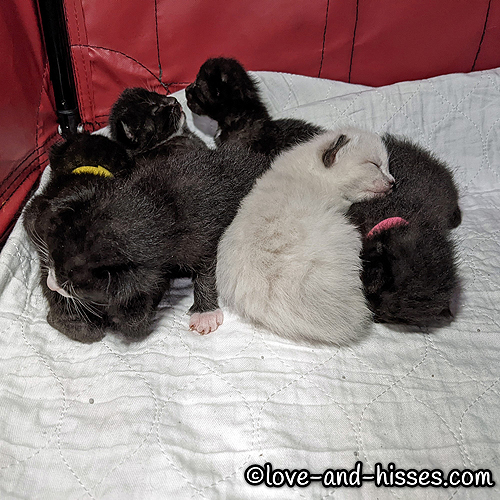 Sleepy little pile. (That’s Nacho (left) and Mike in the very back, Gus to the left with the yellow collar, Francesca to the right with the pink collar, Lalo’s in the middle, and Saul in the left front looking at something.)