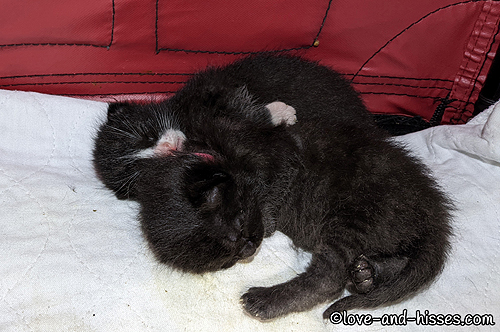 Saul and Francesca snuggle up and sleep. 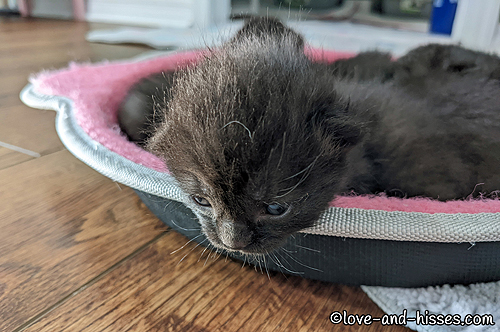 Francesca wonders if she dares take that first step (she decided not to.) 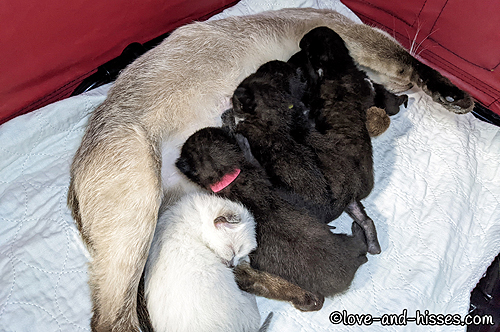 A full milk bar (and a sleeping Lalo.) 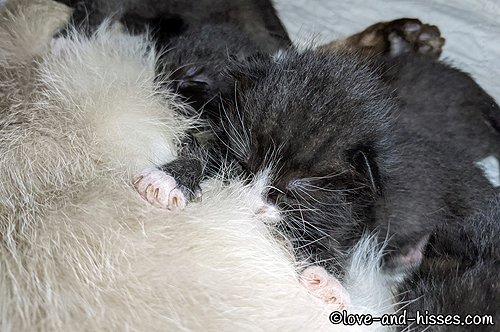 Saul at the milk bar, up close. 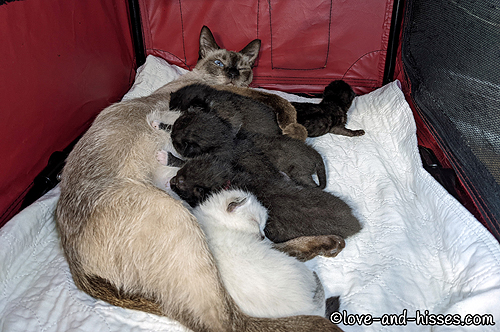 Mike goes for a wander. 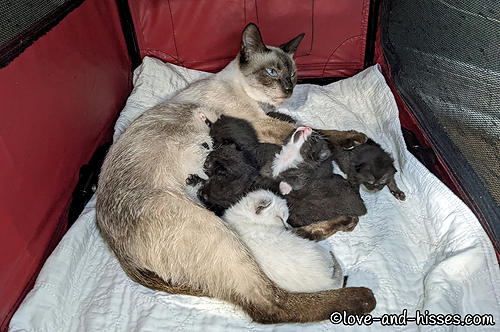 And Kim says “Not so fast, little one. Get back to the milk bar.” 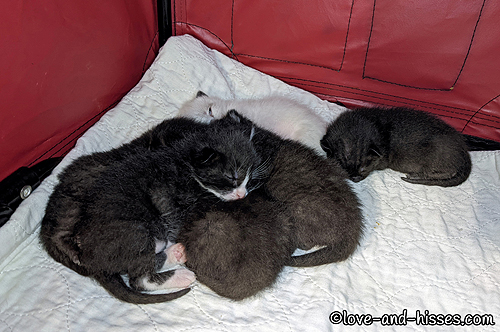 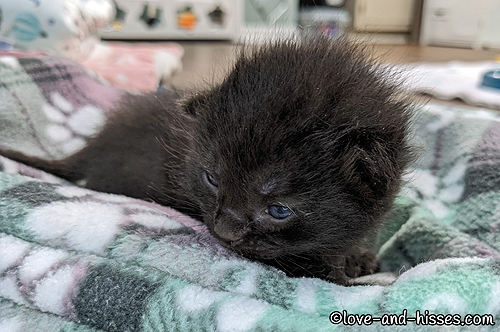 Another weigh-in for Mike. (He’s gaining, slowly but surely.) 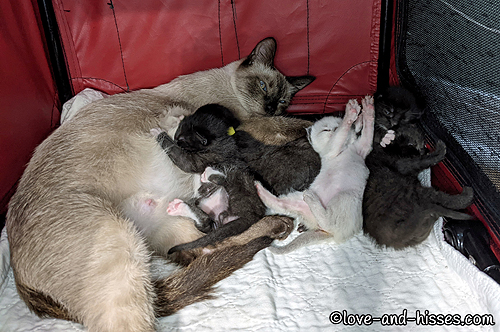 Lalo LOVES to roll around with his feets in the air.

The original 5 kittens (ie, everyone but Mike) are 2 weeks old today! (Mike is 10 days old.) They’re getting brighter-eyed, more vocal and more curious every day. It won’t be SO very long ’til they’re interested in escaping the crate! 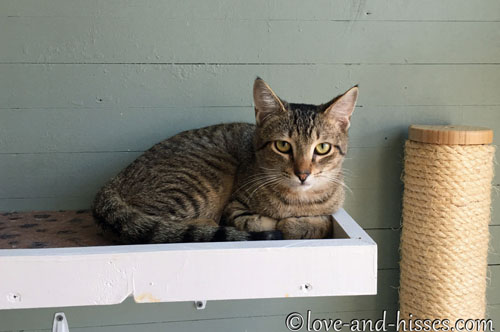 An old shot of Dewey, so y’all don’t forget what a good-looking boy he is! (For the newer readers: Dewey strongly dislikes having his picture taken, and so I’m respecting his wishes.) 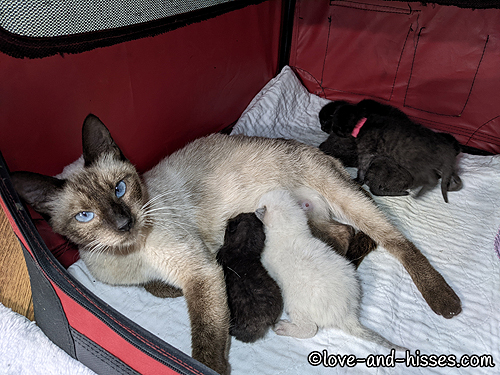 Mike and Lalo at the milk bar; everyone else is sleeping in the back of the crate. (Lalo is not the biggest kitten – that’s Gus – but I love seeing the size difference between Mike and any of the other kittens.) 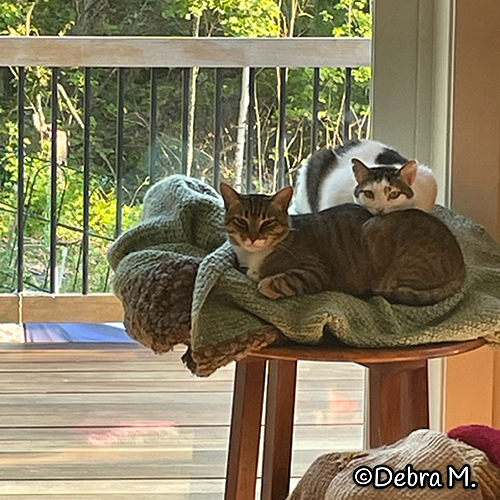 YouTube link
Look at the bright eyes on Saul! The kittens are 2 weeks old tomorrow (except for Mike of course, who just turned 1 week old on Sunday) and over the next week they’ll figure out how to focus those eyes (though I feel like Saul is doing a pretty good job of it), and will start approaching and looking out the door at the front of the crate. 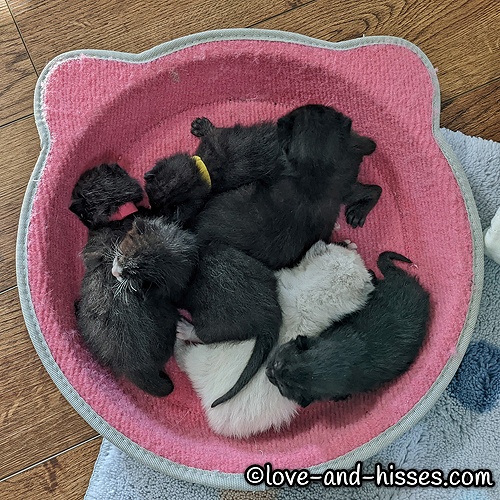 YouTube link
Kittens waking up after a long nap… and who’s who! 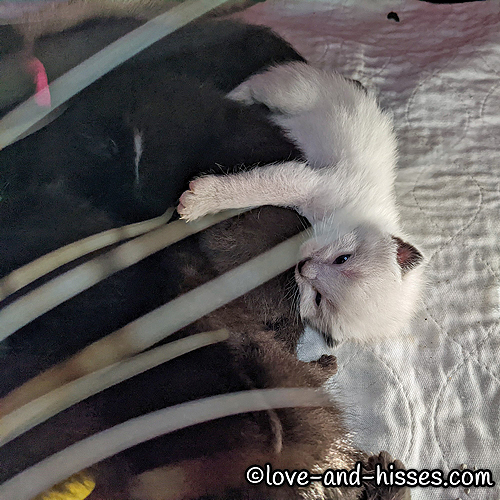 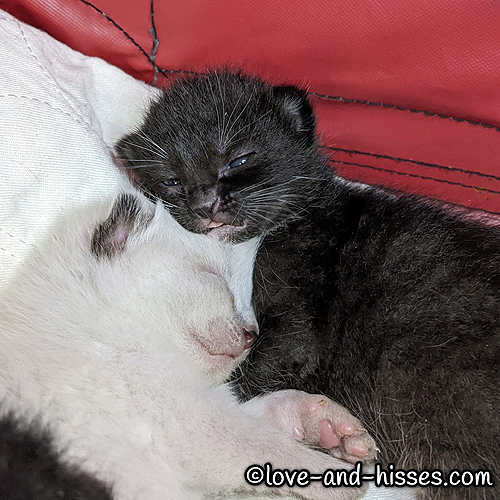