Yesterday was my goofing-off, social day. I left the house around 8:30 and drove to Madison to visit with Katherine. Y’all know Katherine, she adopted two of Kara’s babies and now they are just spoiled rotten. Their names were Inara (now Dora) and River (now Nate), and they looked something like this, three years ago: 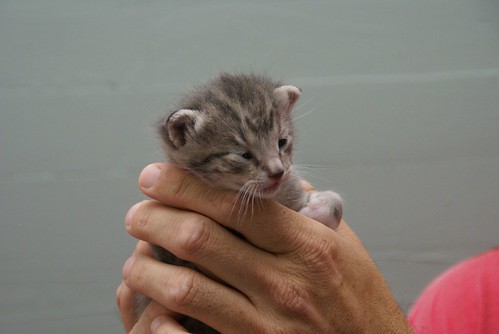 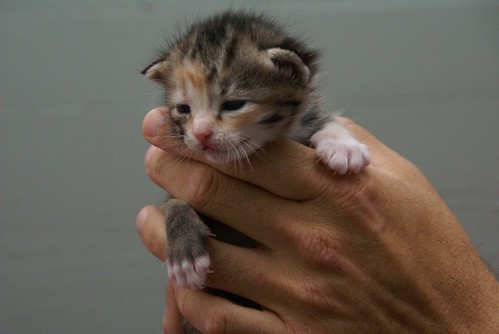 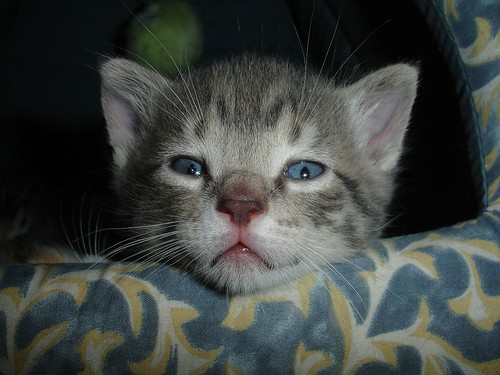 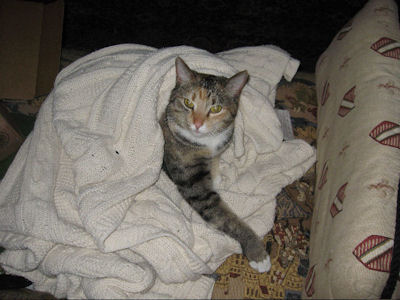 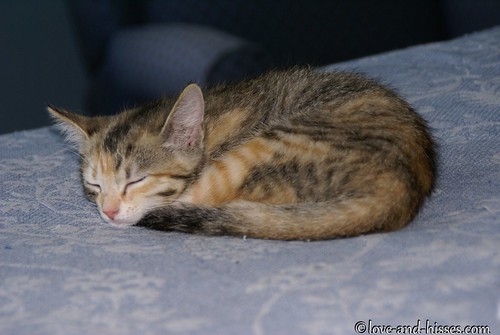 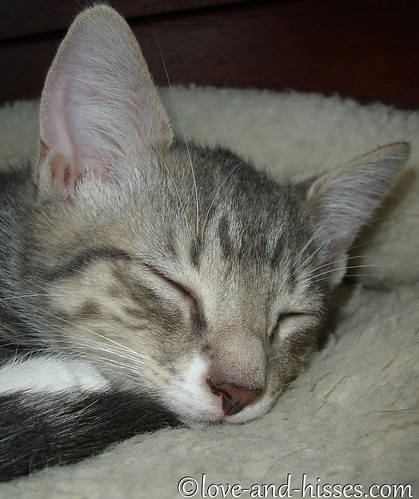 So then they went off to Madison to be loved and spoiled rotten, and I’ve seen them from time to time over the past three years. I haven’t always had my camera with me, but yesterday it just so happened that I did.

Both cats are beautiful, of course, but Nate is just strikingly gorgeous. Pictures absolutely do not do him justice. 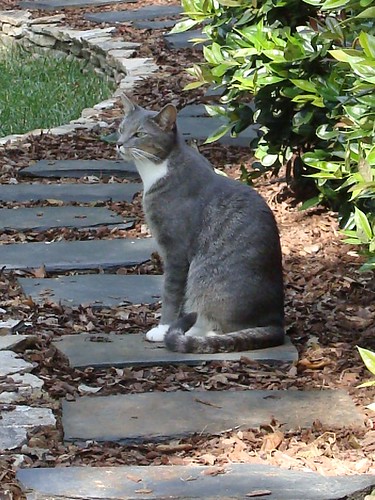 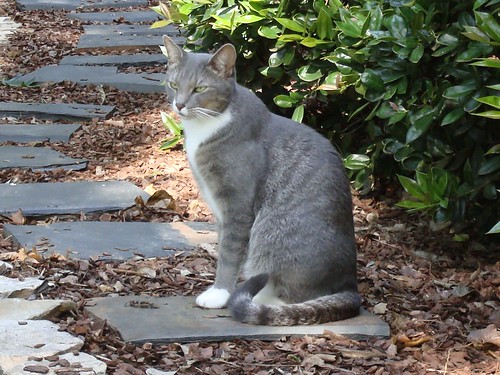 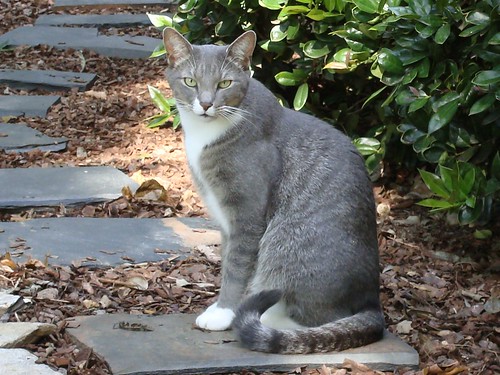 (Yeah, yeah. They’re all basically the same picture. I couldn’t help it. I HAD TO SHARE THEM ALL.) 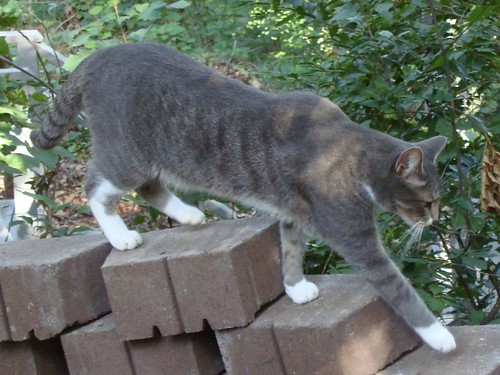 I had a hard time getting a good picture of Dora because she was untrusting of my intentions, but you can see what a pretty girl she is, too. (Kara made some awfully pretty babies!) 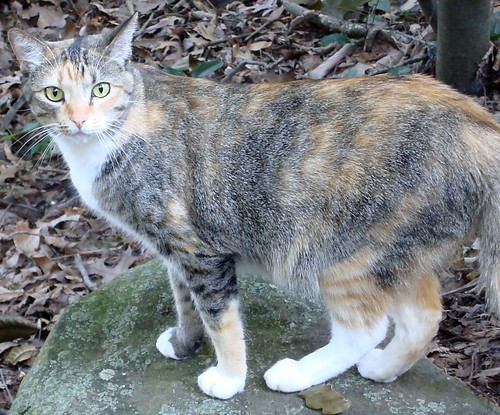 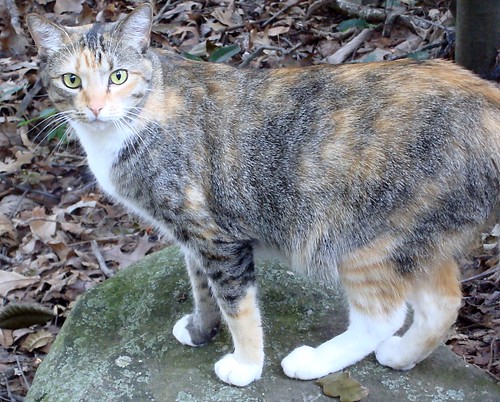 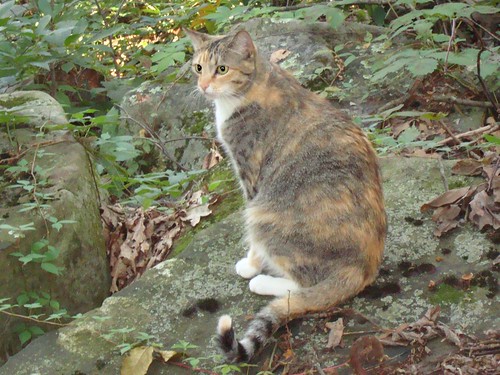 Nate actually did come over and sniff my hand, but then he was so startled by his own bravado that he ran off and hid.

I swear, one day I’m going to remember to bring the good camera to Katherine’s house with me! 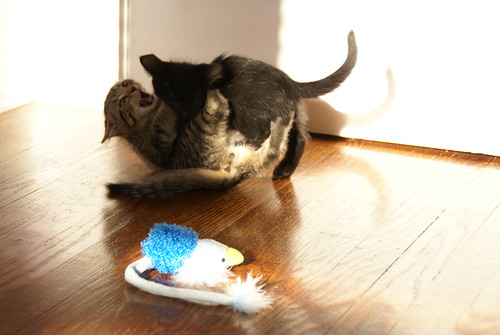 Harlan gets his butt kicked while the Kong bird looks on, unconcerned. 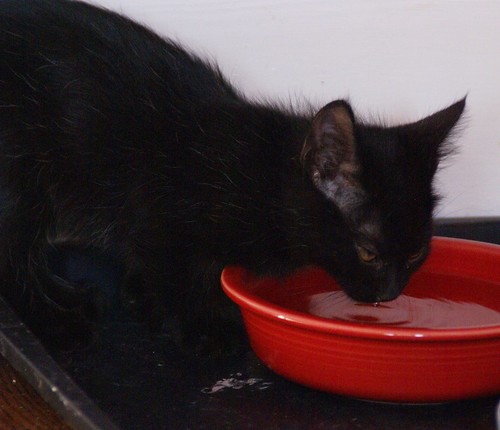 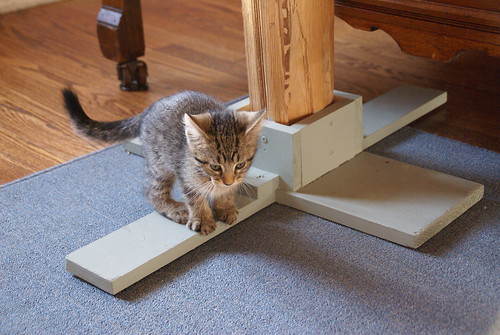 Harlan contemplates his next move. 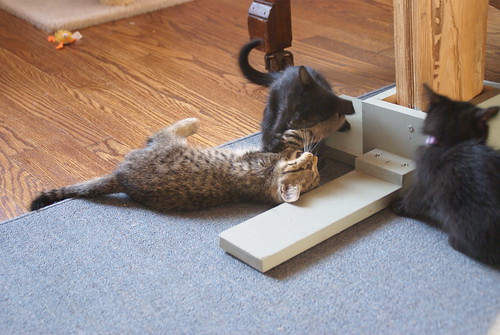 Harlan and Everett tussle, while Sally looks away. 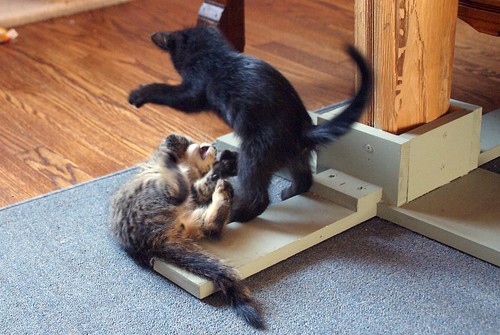 I sense that Everett’s going to win this one. 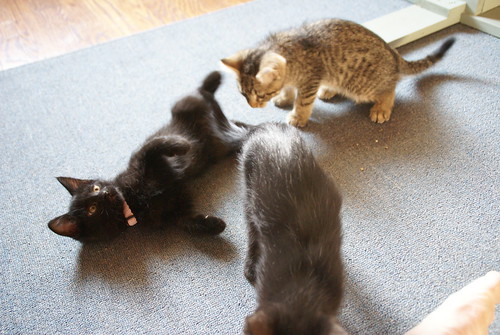 “You say it began itching and then your eyes suddenly crossed and you can’t uncross them? How bizarre.” Dr. Harlan Peppers is on the case. (I’m sorry, this picture just makes me absolutely guffaw. I think it’s the look of concentration on his face, combined with the look of long-suffering patience on hers.) 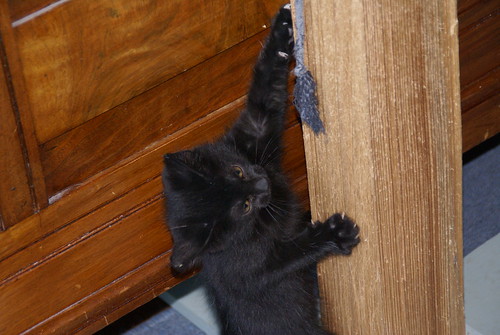 Everett goes for a climb. 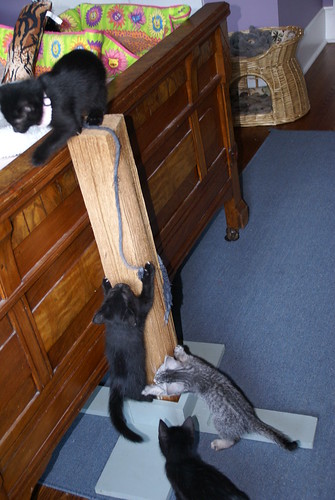 The kittens sure do love that scratching post. That’s Lucy up top, Sally hanging off toward the bottom, and Molly and Everett on the floor. 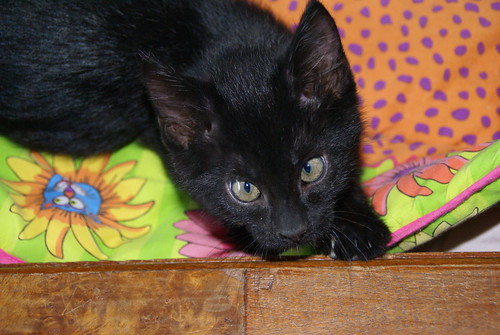 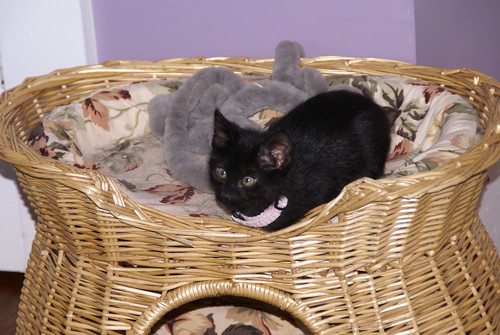 When I see her little face, I have to kiss her one million times. She’s not terribly crazy about that, but she puts up with me. 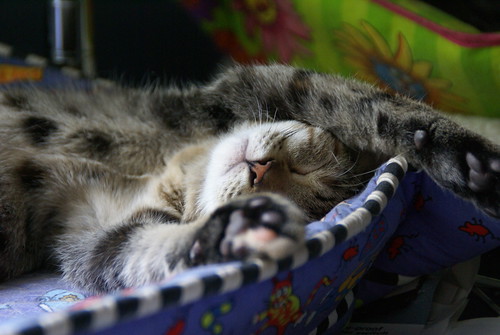 Why so stressed, Clove? 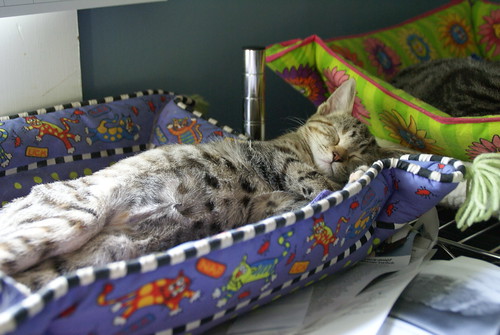 Take a shot of catnip, Clove. Jeez. All your stress is stressing ME out. 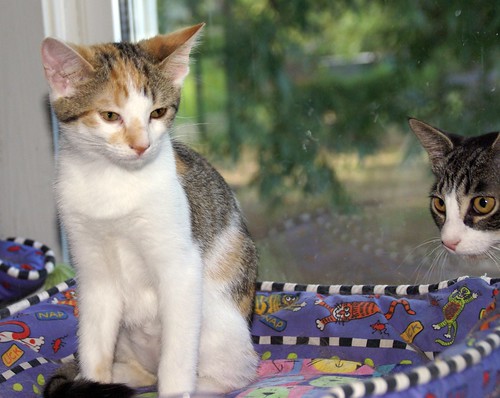 Ciara’s all “Her stress is stressing ME out, too. Let’s sneak some catnip into her food.”
Coriander: “Your idea has merit.” 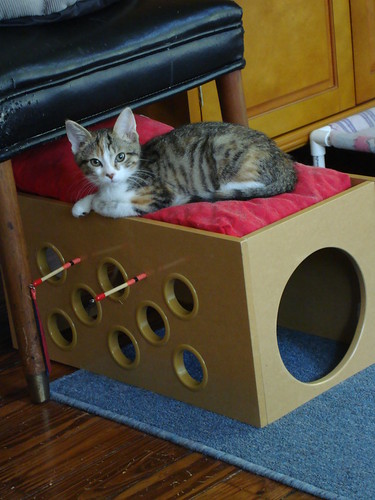 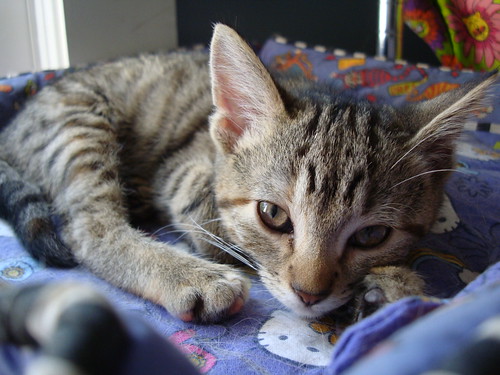 “Y’all are hilarious. Now shaddup and let me sleep.” 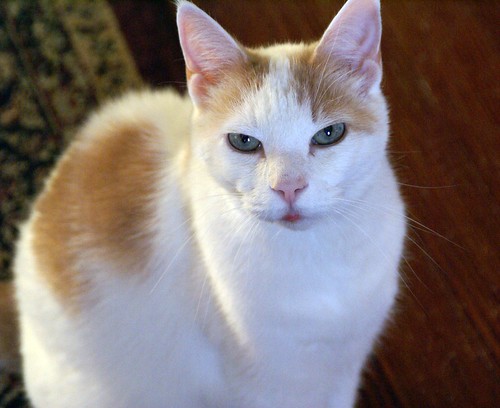 “Did someone say “catnip”?” (Spanky is a catnip fiend.)