Here in Alabama, the State Veterinary Medical Examiners are doing their best to shut down the Spay and Neuter clinic in Birmingham, and to keep the one here in Huntsville closed. Dr. Robert Pitman from Athens is heading that attempt. In what looks VERY MUCH like a conflict of interest, Dr. Robert Pitman is under contract from the City of Athens and Limestone County to house and euthanize animals picked up or taken in when their time is up.

Imagine that a mama cat and six kittens show up on your steps. Imagine that the local area shelters are absolutely swamped and don’t have room to take them, have them spayed and neutered and treated for the parasites they inevitably have in their systems, and find homes for them. Imagine that you’re doing all you can to care for these cats, but when you call to see about having them examined and spayed and neutered, the cost you’re quoted is so far beyond what you have that it might as well be a million dollars. So you do what you can to keep these cats fed and safe, but imagine how many cats you end up with after a year.

I do not understand the mindset behind trying to close these clinics. It’s absolutely insane – between August and March, the local spay and neuter clinic fixed 2,000 cats and dogs. TWO THOUSAND. Two thousand cats and dogs who are no longer contributing to the pet overpopulation problem. It’s infuriating and it makes this state look ignorant. The North Shore Animal League has taken dozens of animals from Huntsville Animal Services to the Northeast. They have a shortage of animals up there. A SHORTAGE.

I dearly hope that one day I’m able to say to you guys “Unfortunately, I don’t have any wee kitten fosters because there just aren’t any kittens right now.” When someone with questionable motives is doing his best to keep a clinic closed, a clinic that spayed and neutered two thousand animals in this area, in the space of nine months, I just don’t see that happening in my lifetime.

You can sign the petition to stop the Alabama State Board of Veterinary Medical Examiners from shutting down spay/neuter clinics here and here.

The thing about Molly Peppers is that sometimes her mouth writes checks her Paw o’ Doom can’t cover. 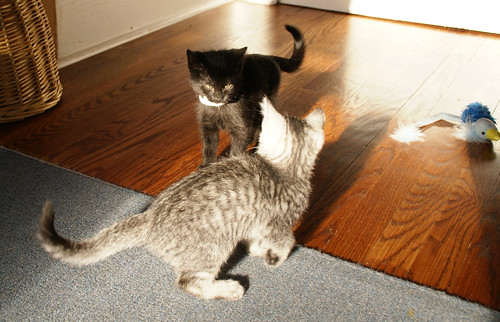 “And your mama dresses you funny!” 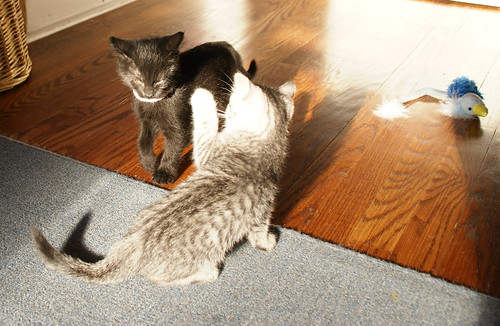 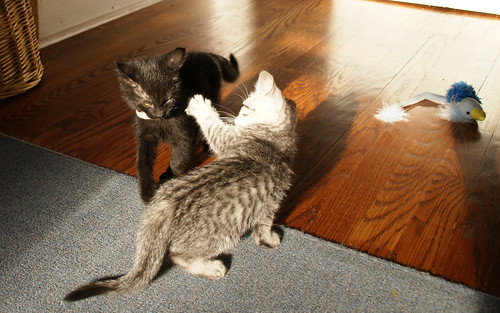 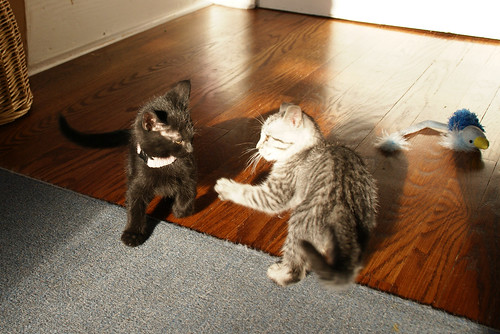 This is about the point where Molly Peppers realizes that perhaps she’s overstepped a little. 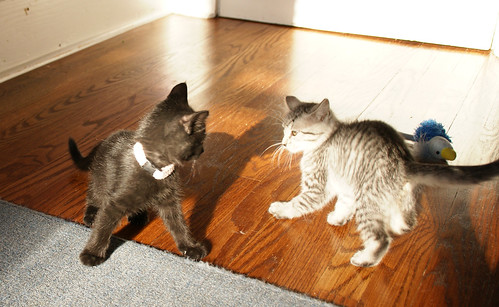 Lucy’s all “You wanna piece of me?” 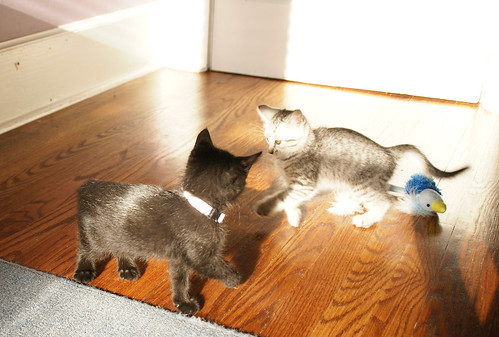 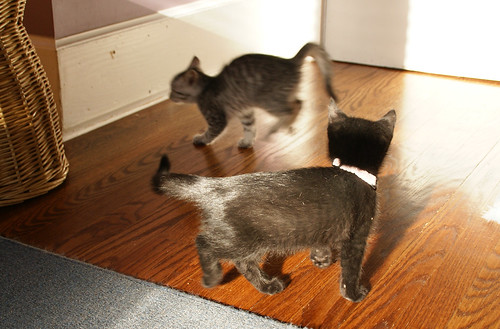 A demonstration of the phrase “high-tailing it out of there.” 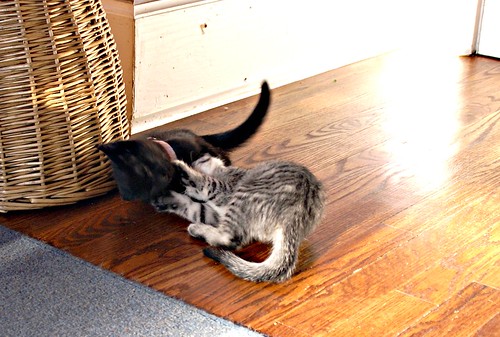 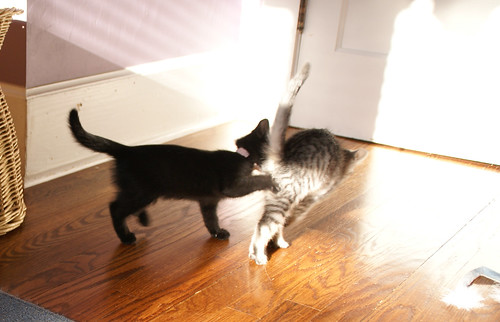 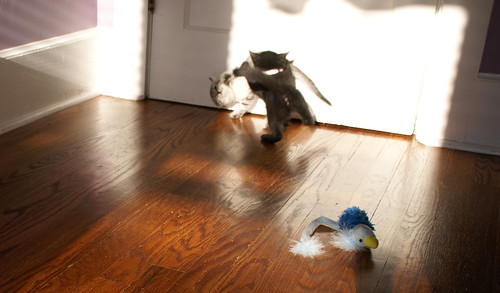 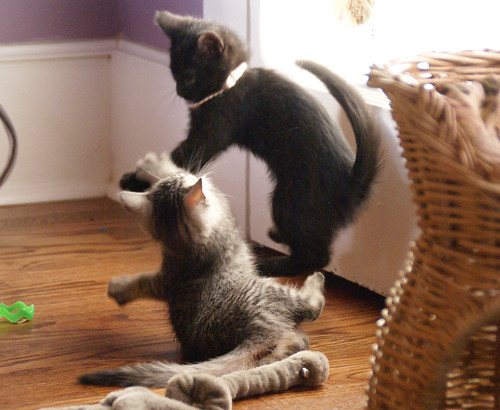 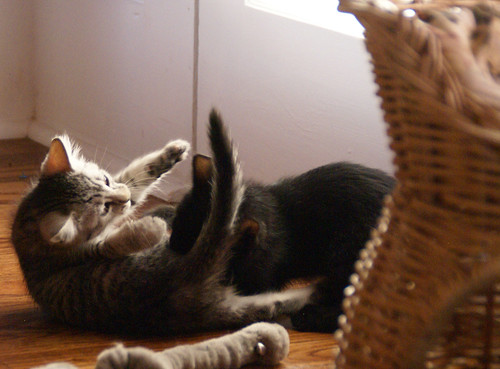 Hopefully Molly has learned her lesson (doubt it!) 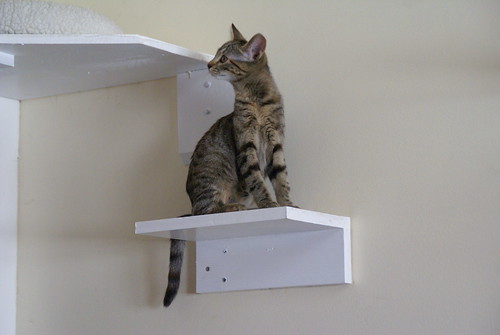 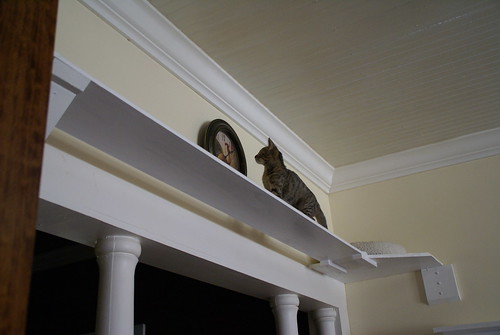 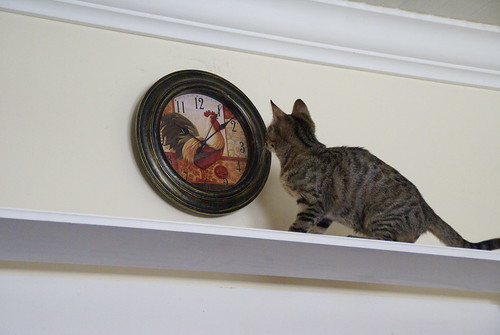 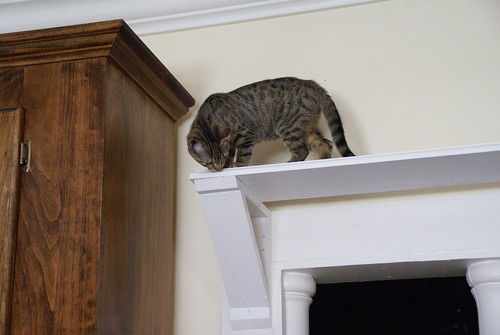 “How do I get down from here, again?” 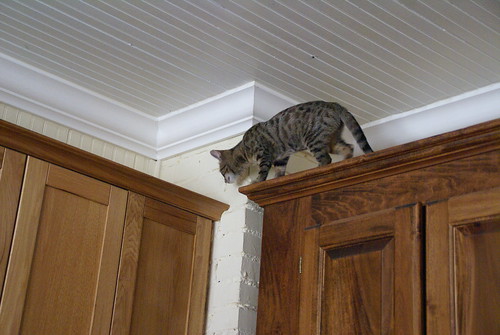 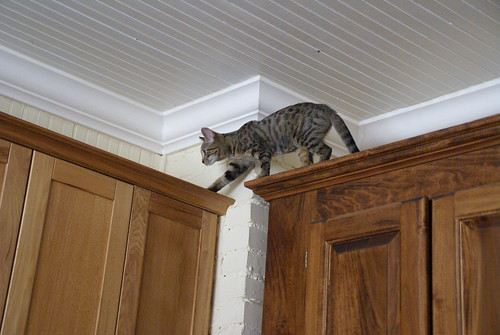 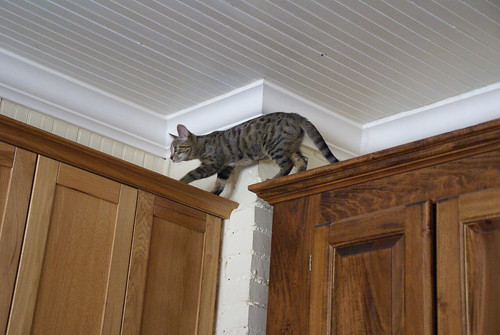 But then she realized that in that direction was an irritated Stinkerbelle, and thought better of going that way. 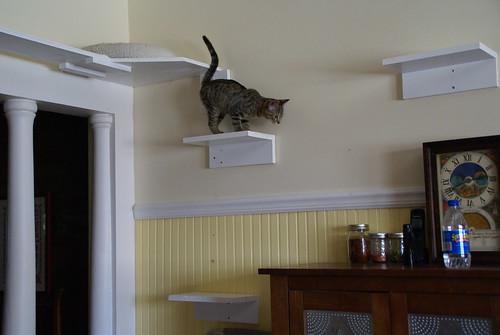 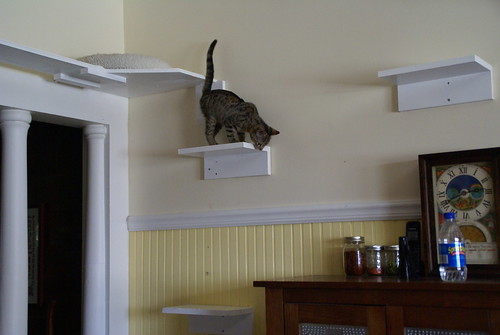 (She did eventually make the jump.) 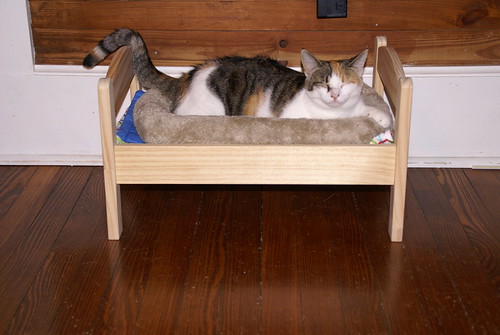