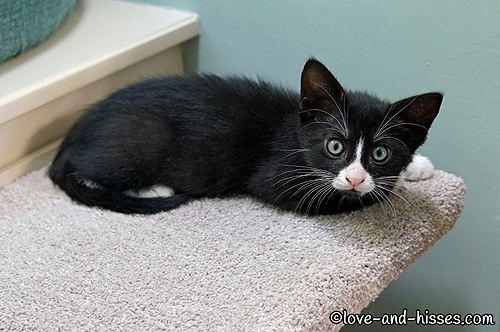 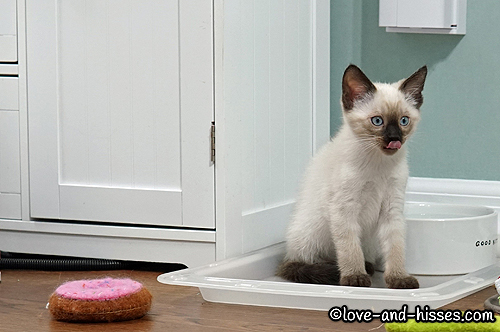 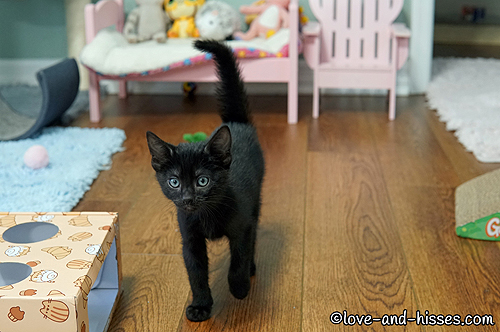 Mama was in the litter box and started scratching around, and Gus didn’t realize she was in there and it startled him, so he poofed his tail for a moment. 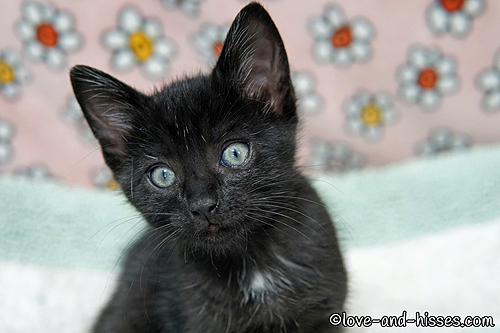 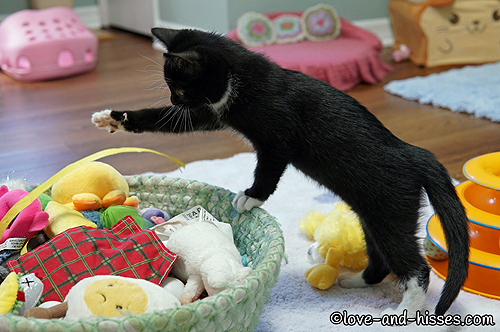 Nacho grabs for the packing strap. 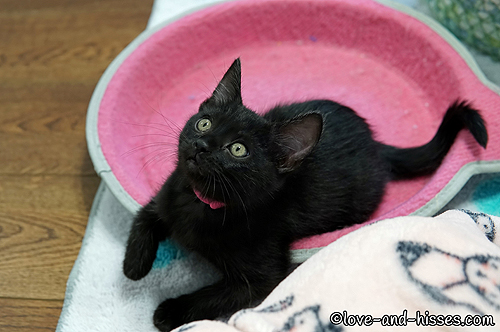 It’s a Francesca pie! (My favorite!) 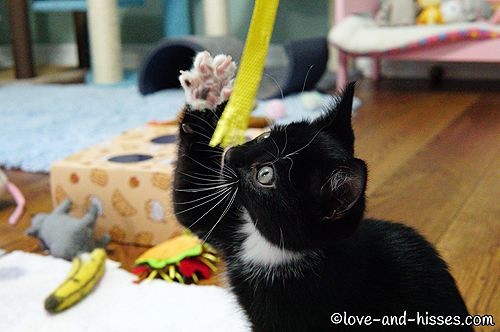 Nacho takes another swipe at the packing strap. 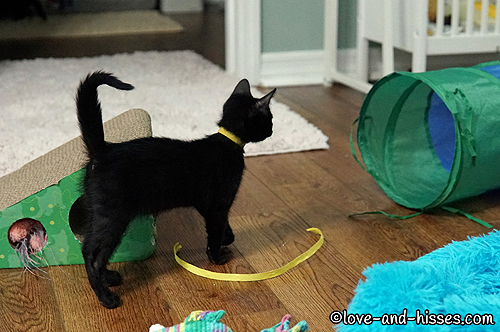 Gus walks around with his tail straight up in the air and the tip tilted forward all the time. It’s so cute! 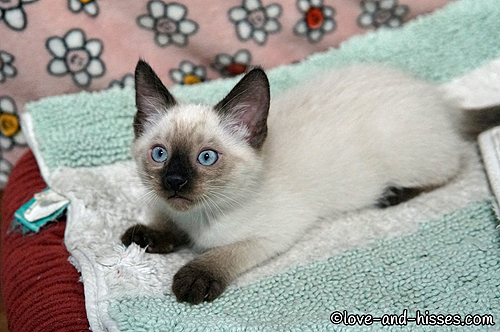 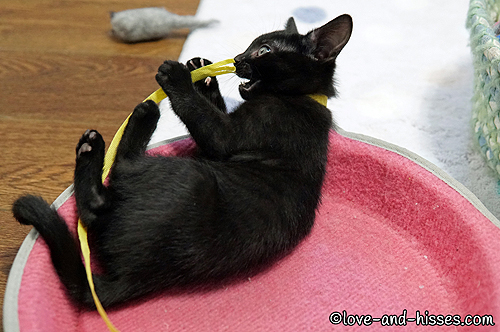 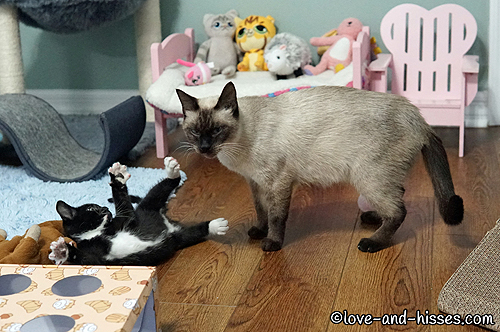 I’m not sure which part of this picture I love more – Nacho flailing around in anticipation of Kim grabbing her, or Kim giving me the “Do you see this ridiculous child?” eyeroll. 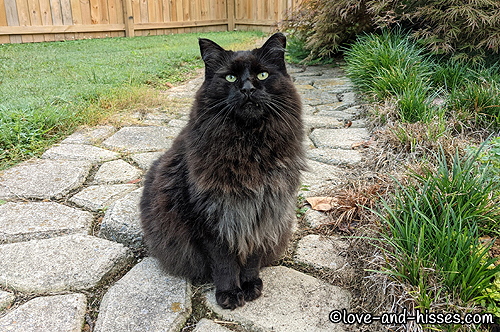 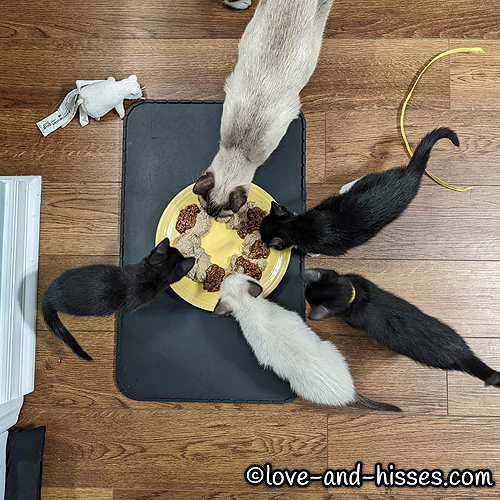 Breakfast is served! Clockwise from the top, we have: Kim Wexler, Nacho, Gus (not actually eating), Lalo, and Mike. The other kittens will eventually come to the plate, but canned food is not a priority for them – playing is! 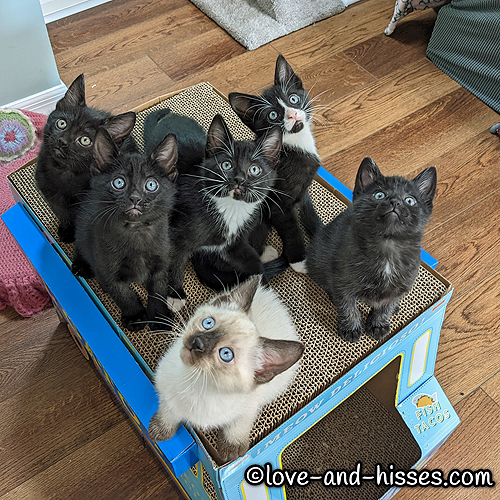 The Fish Taco crew is ready to take your order! Would you like fish tacos, or fish tacos?

YouTube link
To the kittens, that air purifier is just another thing put there for them to climb and hang out on top of.⁠
⁠
(Thanks in advance for your diagnoses, but Lalo does not have fleas, ear mites, ticks, or whatever else your Google search of “Kitten scratching” might have returned. It’s been medically proven that being 200% cuter than the average kitten can cause excessive itchiness. True story!) 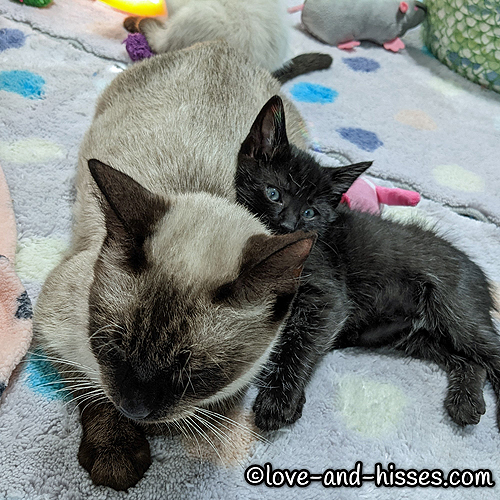 Mike would like it known that Mama is a comfy pillow.

YouTube link
The kittens are playing and checking out the (new to them) tunnel. They’re not entirely sure what they think of it, but they’re intrigued. 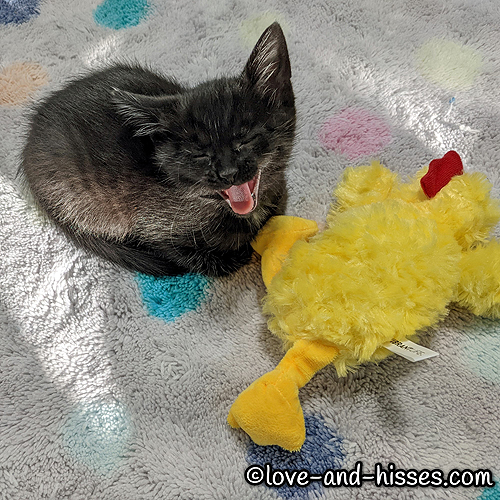 Mike caught that chicken (toy) all on his own, and he couldn’t be more pleased with himself. 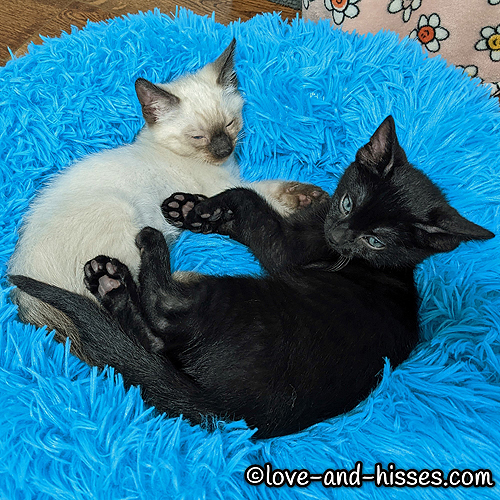