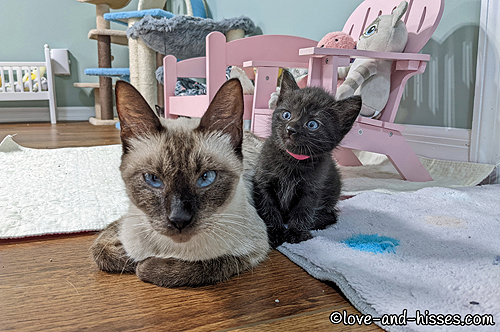 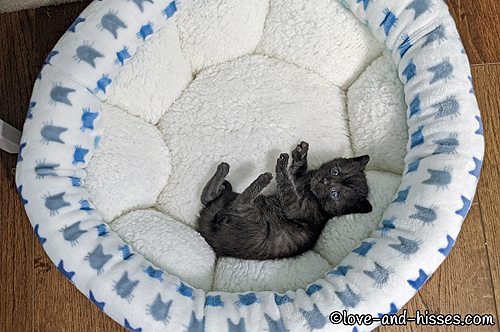 I impulse purchased this big fluffy bed last week, and can’t convince the kittens to use it. Mike’s only in it in this picture because I put him in there. Maybe when they get a little bigger and climbing in and out isn’t quite as much a chore… 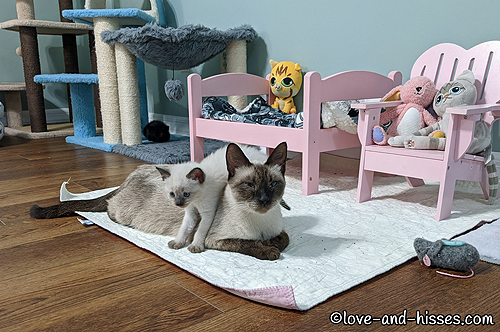 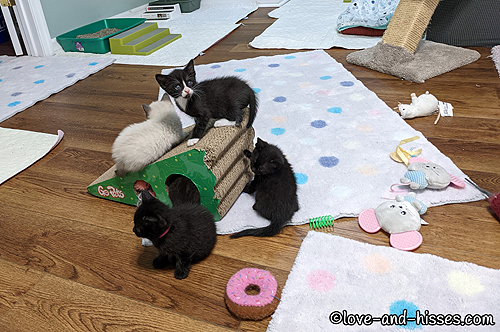 They continue to love the tunnel scratcher. 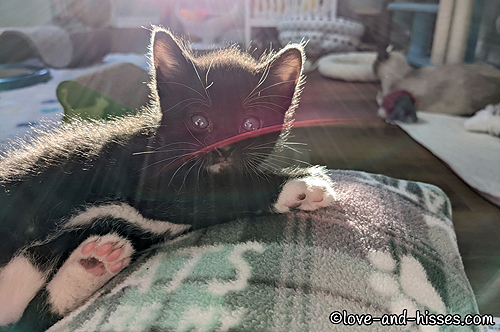 Nacho in the sun, showing off his multi-colored toebeans. 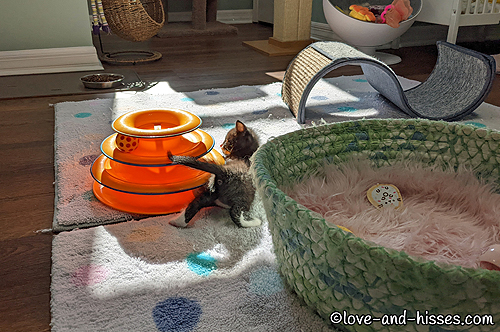 Saul’s discovered the triple-level trackball toy. He’s not sure what it’s all about, but he’s definitely intrigued. 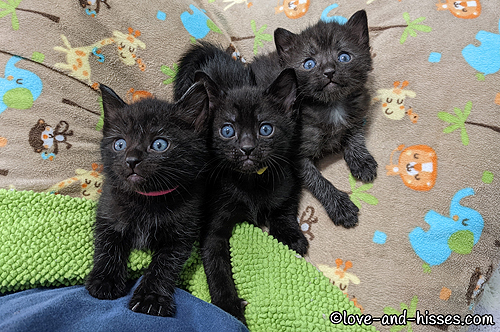 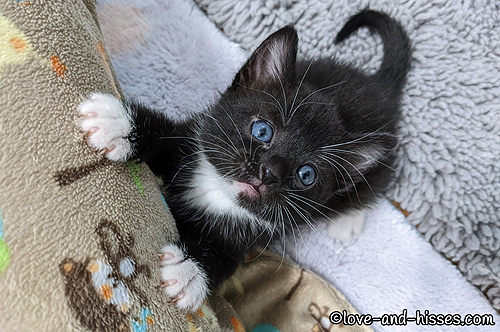 Oh, that Nacho. He just needs a few thousand kisses, I reckon. 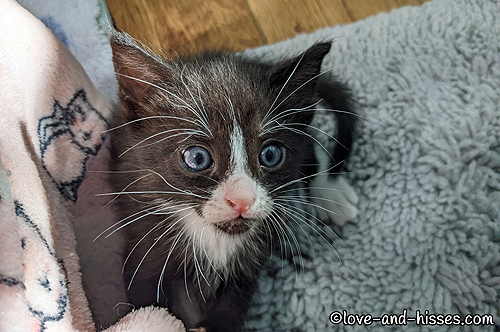 So does Saul. Okay, fine, they ALL do! 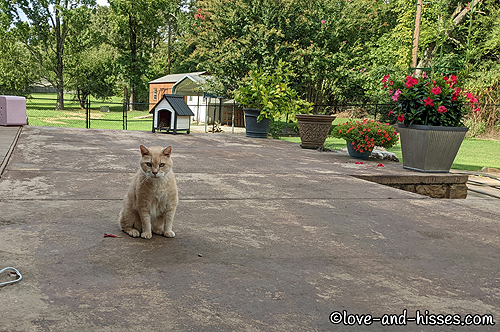 Newt’s all “Can’t an old guy hang out and enjoy the breeze without you racing out here to take my picture?” NOPE. 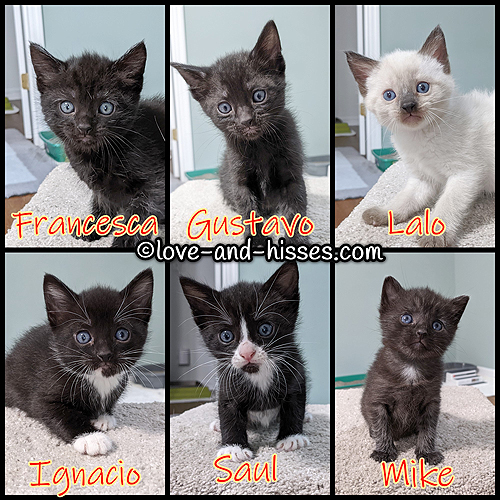 Who’s 5 weeks old today? These guys! (Well, except for Mike, who will be 5 weeks old on Sunday.) They’re starting to climb, they’re using the litter box, they’re sniffing around mama’s food… and Francesca has actually tried some of the food. I expect they’ll all start being interested in the next week or so. Our babies are growing up! 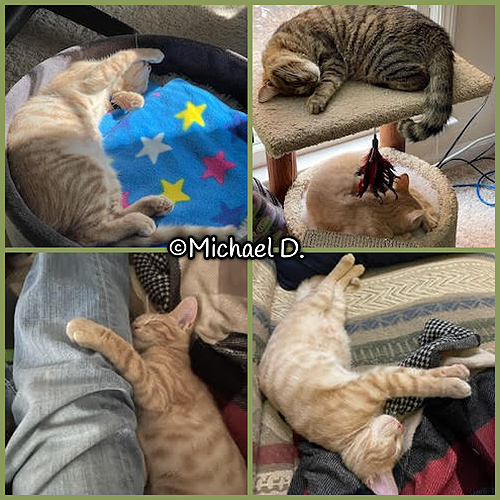 Look at that sweet, happy boy! That’s Jack-Jack, formerly our foster Jamie. He’s usually bouncing around a mile a minute, but here are some times when he was recharging. He looks so content!⁠
⁠
(Thanks Michael!) 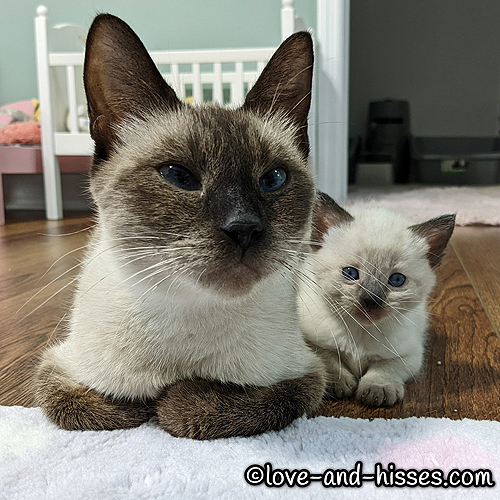 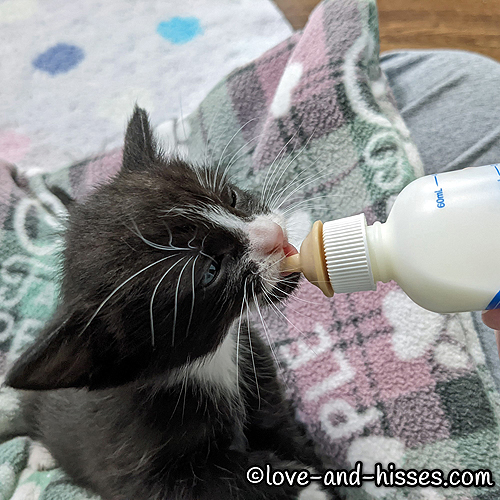 Saul does love that bottle. I am still offering all the kittens the bottle a few times a day. They love it, but it’s really more a treat at this point than anything.

YouTube link
I swear I could just BOOP Francesca all day long. 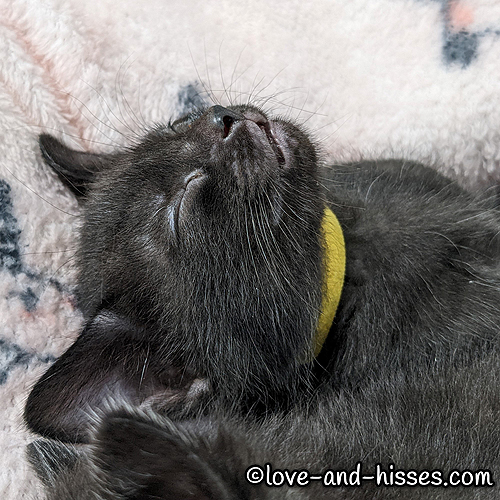