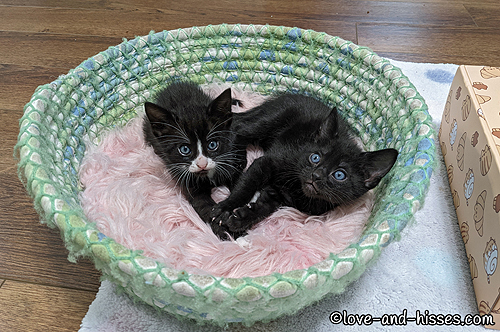 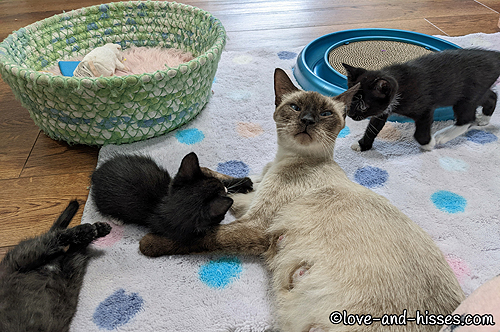 Saul and Nacho hang out with Mama. 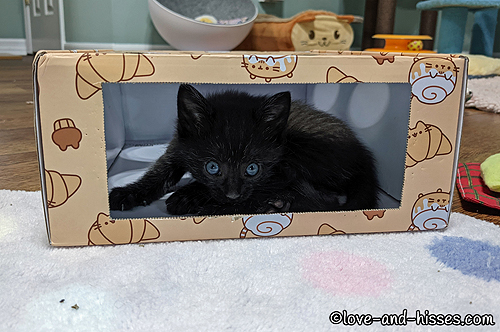 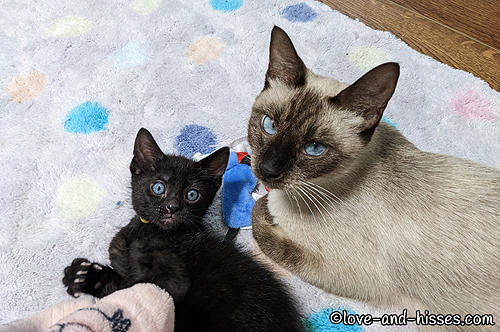 A Gus and his Mama. 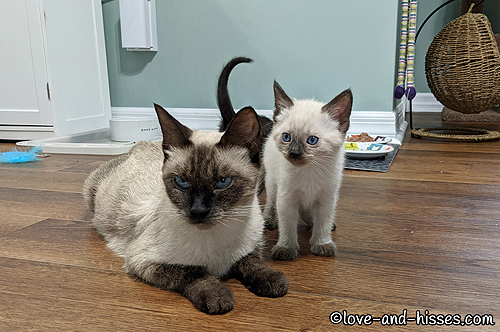 And a Lalo and his Mama. (Her serious face cracks me up.) 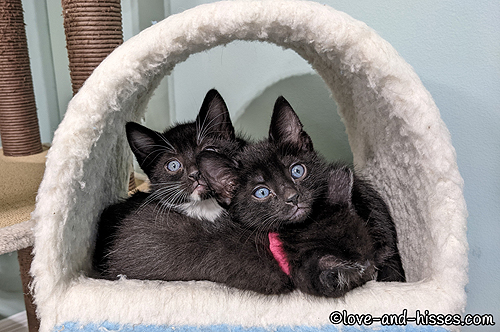 Francesca (front), Nacho (left) and Gus curl up in the top of the little cat tree for a nap. 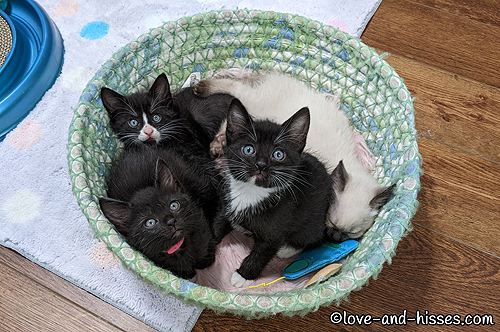 And Francesca, Saul and Nacho (and Lalo!) curl up in the basket for a nap. 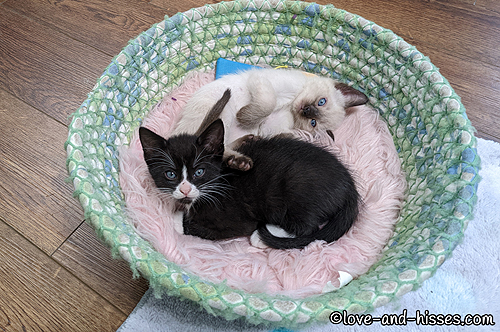 Saul and Lalo take over the basket.

Kim’s spay was re-scheduled for Friday due to a scheduling conflict. As long as it happens this week, I’ll be happy! 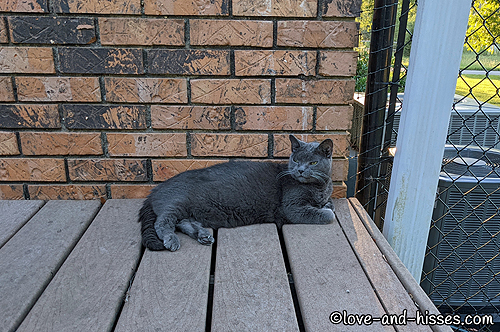 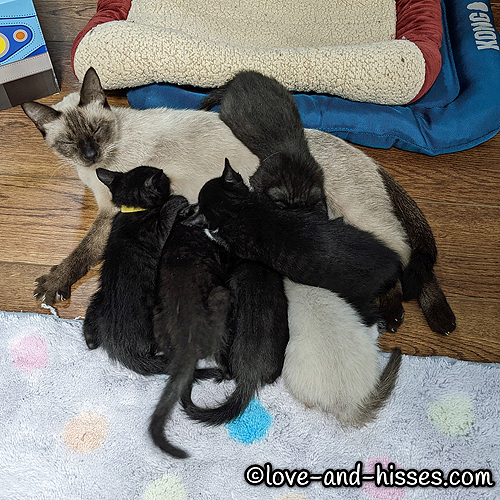 Breakfast is served!⁠
⁠
Notes: (1) Yes, they are eating solid food on their own. They will continue to nurse whenever Mama allows it. That is how kittens are; they don’t know that sometimes strangers on the internet disapprove vehemently about things that don’t impact their lives in any way, and feel compelled to leave comments expressing their vehement disapproval. (2) Yes, she will be spayed (in 2 days, in fact). They are all fosters for a rescue; she and her kittens will all be spayed/neutered before they are adopted. 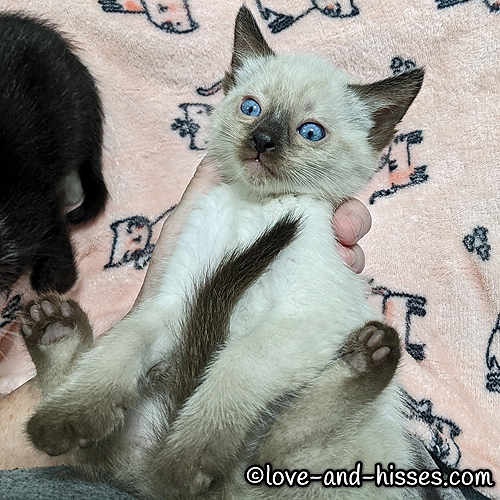 YouTube link
I would not have expected Lalo to be able to pull off this particular trick, but the boy always surprises me! 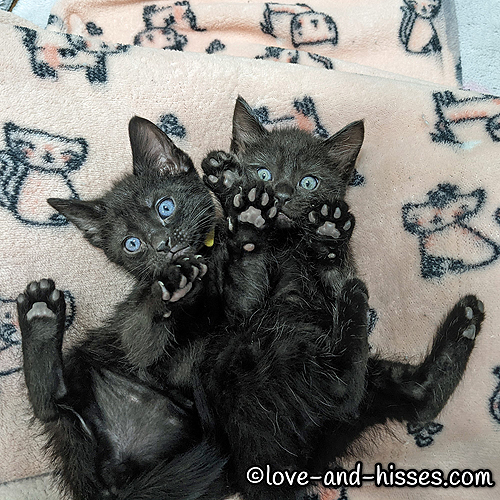 Gus (left) and Francesca in my lap. I find the difference in their eye color at this point to be fascinating (her eyes are greener than they appear in this picture. I’m hoping to get up-close eye pictures for a collage later this week.)

YouTube link
Kitten play time. These kittens certainly do know how to entertain themselves (and me!) 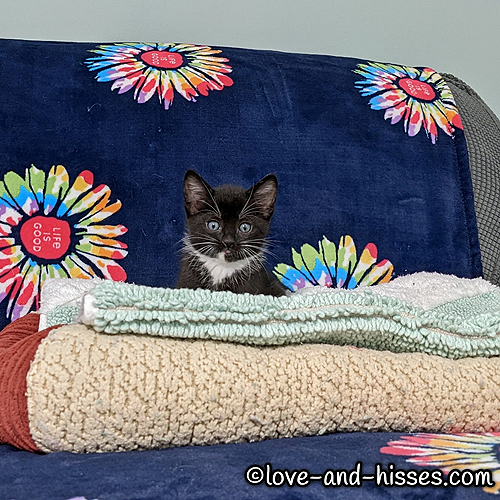 Nacho the couch potato. (The kittens are starting climb the couch in the last day or so. They grow so FAST.) 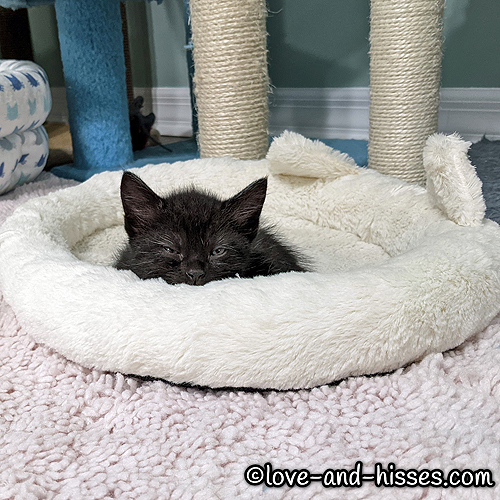