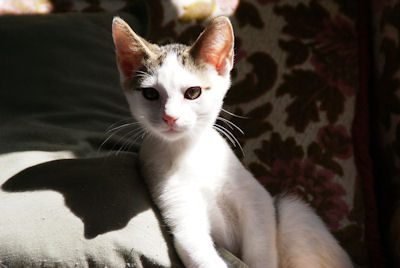 Moxie, Melodie, Martin, and Dodger continue to explore the house. They start howling to be let out of their room a little after 6 – unless they hear me up and moving around earlier than that. I give them their morning snack, then let them free to roam the house. Marty is completely comfortable in all corners of the house and has staked his claim to one of the beds on my desk. Moxie also occasionally sleeps on my desk. Melodie and Dodger haven’t quite gotten that comfortable, but they’ve at least gotten to the point where they’ll come downstairs.

All four of them ADORE Jake. He really is the Charlene Butterbean of Crooked Acres – he plays with them, he grooms them, he snuggles with them. It’s way too cute. 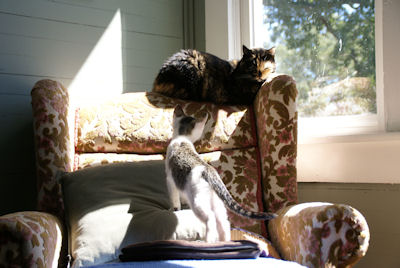 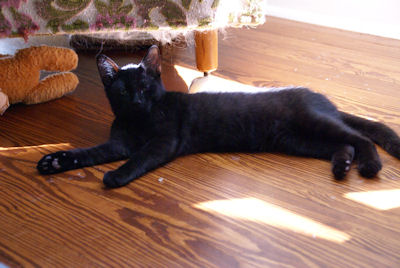 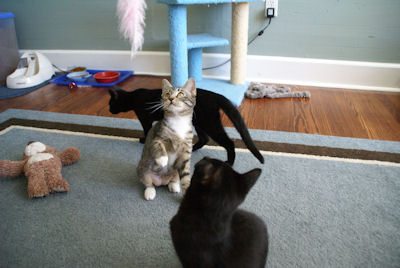 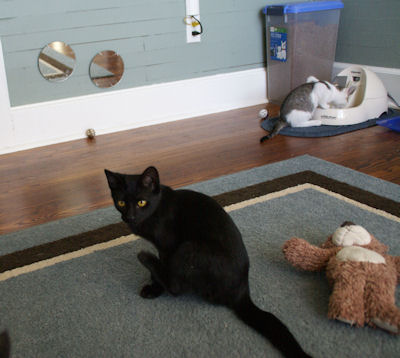 Bolitar and Rhyme: still unadopted. Wah! But reports are that they’re calm and friendly and NOT hiding in the litter box any more, so I’m not too worried about them. It’s only been two weeks, I guess it’s going to take a little time.

In the meantime, we give Corby and Reacher all the snuggles they can stand, because it could be their turn to go to the adoption center any time! 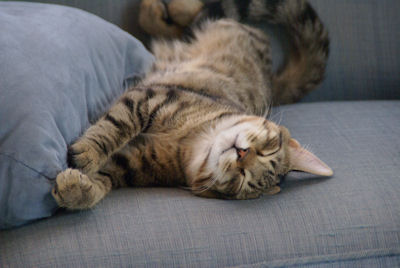 God, Corby. I wish you’d learn to relax a little. You’re stressing me out! 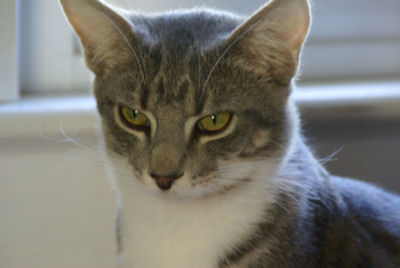 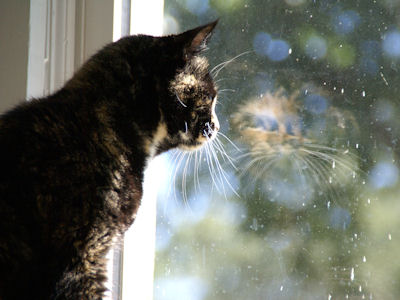 Miz Poo reflects that someone needs to clean that window.

Previously
2009: I told Fred the other night that if we were going to keep Sam (which we’re not), I’d have to rename him Tigger, because he bounces! all! over! the! place!
2008: No entry.
2007: Later, when I relayed the experience to Fred, he said “You realize that during your entire story, the Benny Hill music was playing in the back of my head, right?”
2006: Meeting Maddy.
2005: What is it with kitties loving to chew on wet hair?