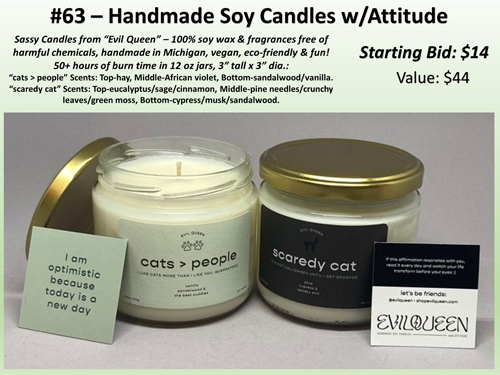 REMINDER: The online auction is going on (it ends this Saturday evening) and there’s a ton of great stuff to bid on – and it’s not all cat related! Holiday stuff, decorative figurines, artwork, kitchenware, blankets, Halloween stuff, fall-themed stuff, and candles (as seen above). Go check it out and get your bid on. The main auction page is here, or see the direct link to the auction folder here. New stuff goes up every morning! 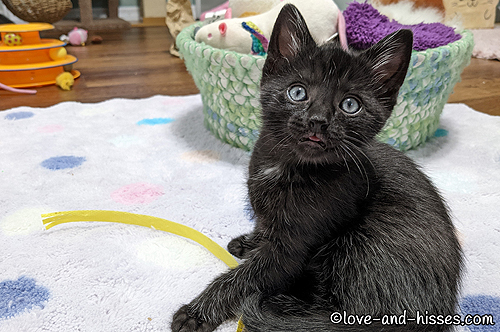 Mike has a blep. 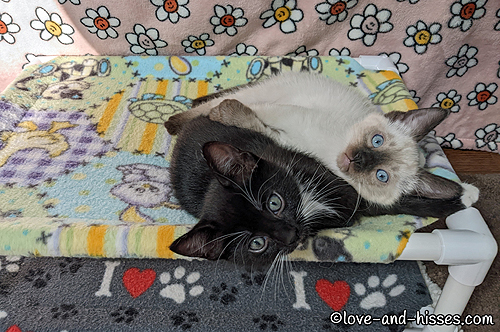 Nacho and Lalo snuggle on the ham-mick. (You probably missed that Very Special Episode of Better Call Saul.) 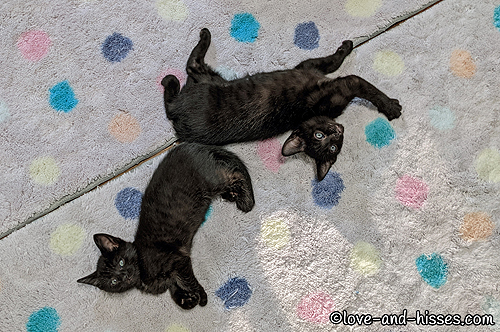 It’s funny how much smaller Mike looks than Gus. He’s not THAT much lighter, but he looks like he’s 2/3 Gus’s size. 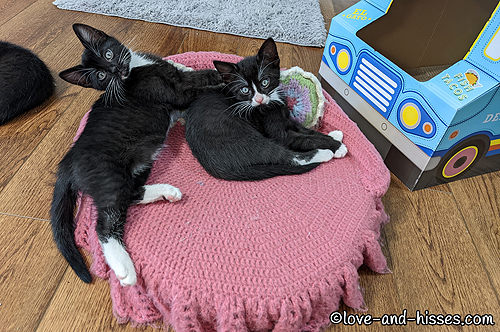 Nacho and Saul on the Fancy Sofa. 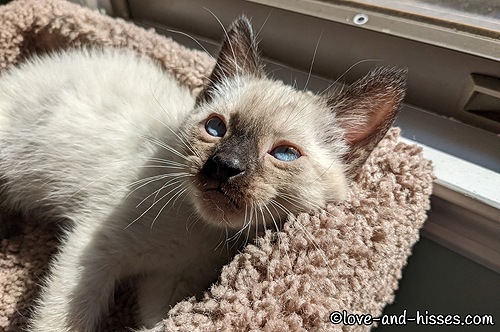 Lalo in the sun. 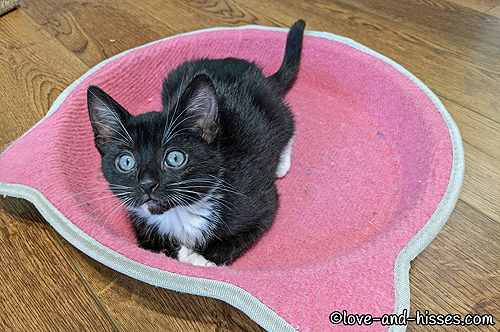 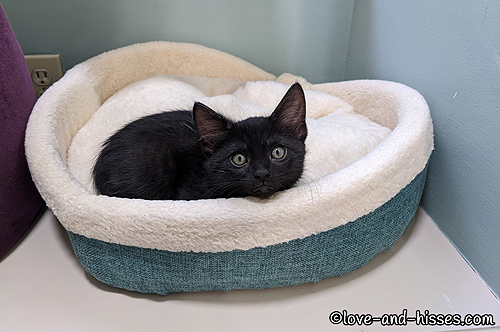 Francesca has taken a sudden liking to that bed. It’s soft and comfy! 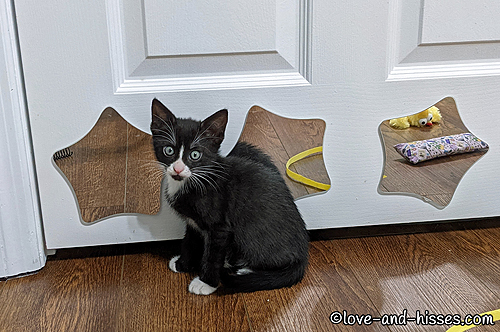 Saul’s all “No, I wasn’t admiring how darn good-lookin’ I was, and you can’t prove it.” 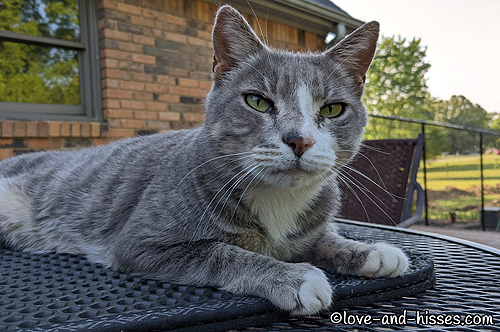 Archie would like some pettin’. But just a little. He’s got a low tolerance for, well, everything. 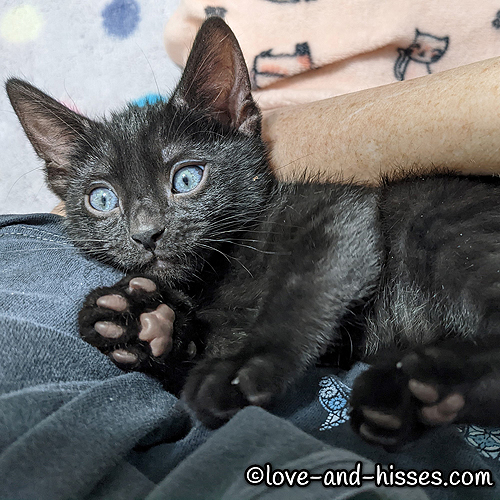 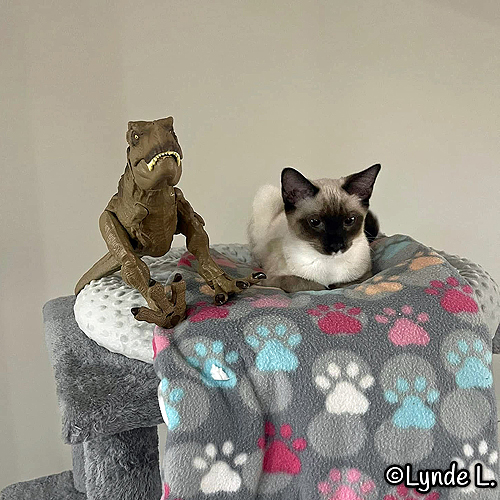 It’s TJ (former foster Fergus!) Lynde says: “When one of your hoomans is a five-year-old boy, you occasionally share your space with a dinosaur 😂 TJ (Fergus) is such a blessing to our family! He’s growing and thriving and acting just as you’d expect a kitten to act.”⁠
⁠
(Thank you, Lynde!) 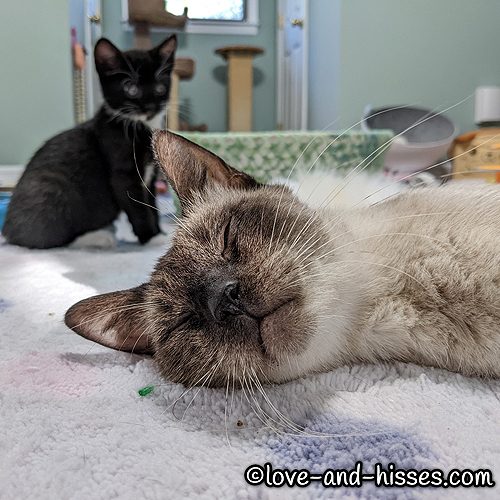 Nacho’s trying to decide whether or not to wake Mama from her nap. (She ultimately opted NOT to!)

YouTube link
The kittens have met the feather teaser, and they find it very, very interesting! 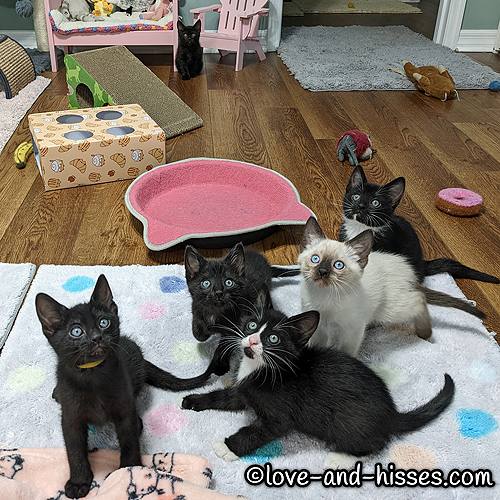 The feather teaser was out, and almost everyone was interested… (Francesca came around, she just had to think about it first!) That’s Gus on the left (yellow collar), Mike (back center), Saul (front), Lalo (siamese mix), Nacho (behind Lalo) and way back there is Francesca. 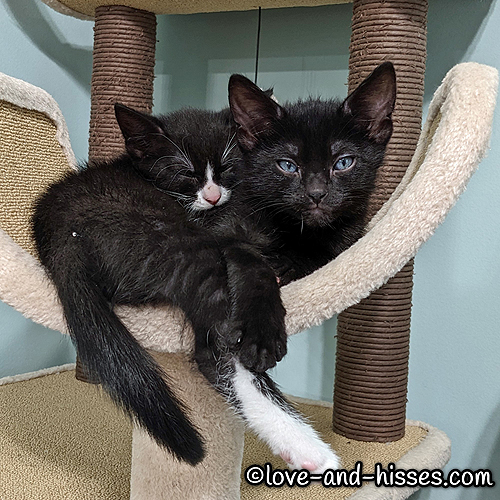 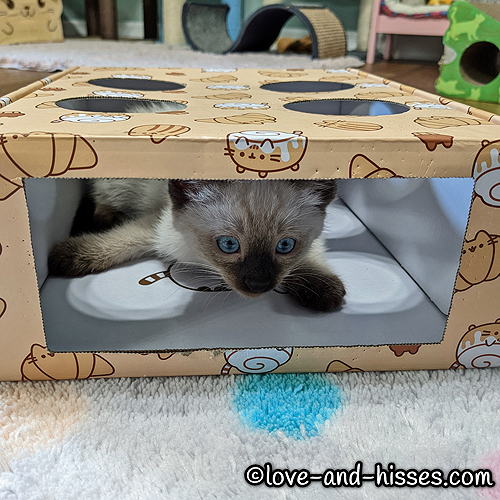 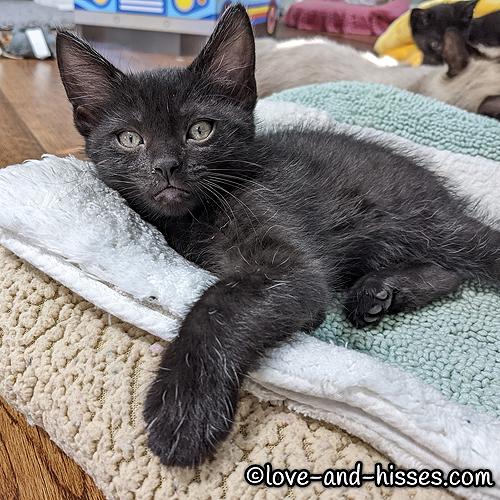 YouTube link
Saul’s got a mouse (and he’s not sharing!), and Nacho’s getting a bath she doesn’t want (but Mama’s the boss.) 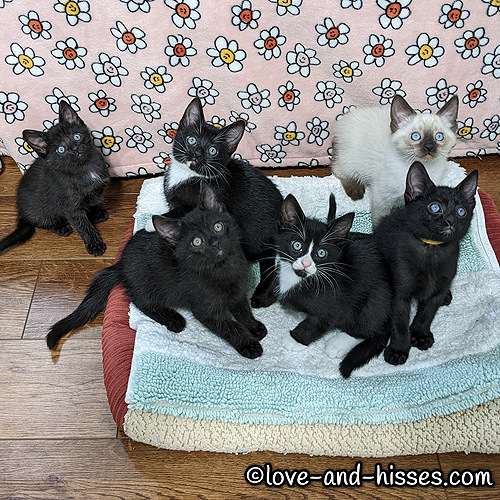 The gang’s all here! (Well, Mama is snoozing on the other side of the room.) From left: Mike, Nacho (back), Francesca (front), Saul, Lalo (back) and Gus (yellow collar, front.)

YouTube link
The interactive cat toy (I posted a video of the kittens’ reaction to it the other day; here’s a link to the toy at Amazon) seems to be a hit. The kittens find it pretty interesting, but for short periods of time. After about 10 minutes they get bored with it and ignore it. But for those 10 minutes, it’s fun! 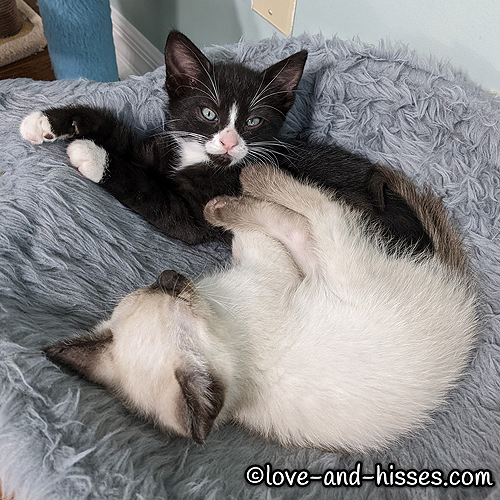 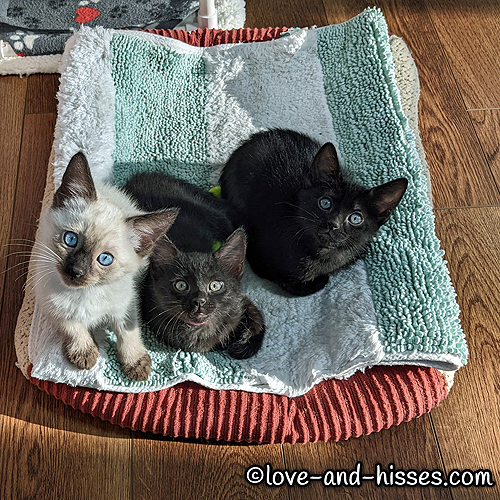 Would you look at the bright eyes on Lalo, Francesca and Gus? They know it’s time for breakfast!

YouTube link
Francesca’s a bit of a wild child, as you can see. 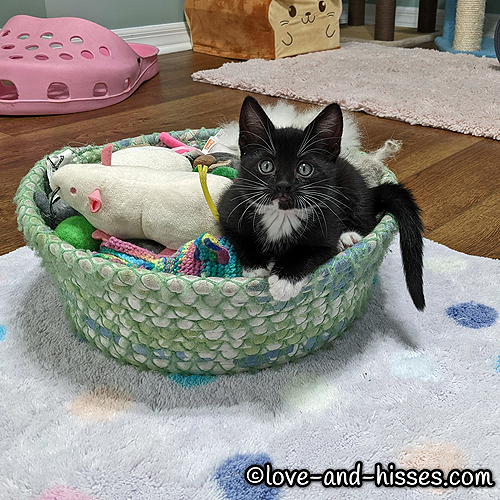 I piled the toys in the basket while I was cleaning the foster room, and Nacho claimed them all for herself.

YouTube link
Quite frankly, it’s exhausting to be Lalo. 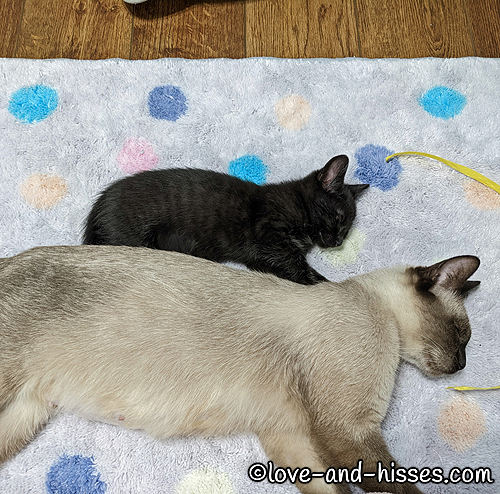