Thank you SO MUCH to everyone who sent things off of our wish list this past week. We appreciate it so much (and you know it’ll all come in handy!) I’ve sent thank you emails (through the Amazon link), so if you didn’t receive yours, check your spam folder!

Do you think Mike will stay small? Or do you think he will be a big boy?

I actually think he might stay on the small side – his paws are very small and delicate compared to the others’ paws. (Of course, take that opinion with a grain of salt… we thought Alice was going to “never weigh more than 7 pounds.” HA.)

Follow-up question to Kelly’s on Wednesday – what are the current size/weight comparisons?

I’ve been meaning to get their weight chart uploaded (right now it’s written down in a notebook) so y’all could see their weight progression. Maybe I’ll get that done this weekend! 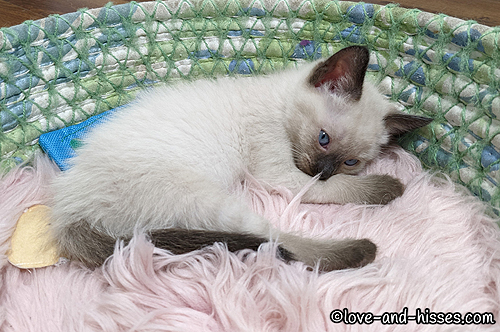 Lalo has a sleepy. 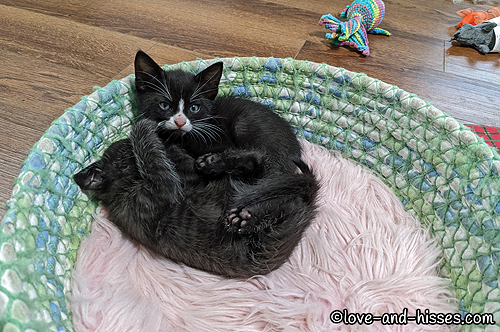 Mike and Saul have a tussle (Saul’s face is cracking me UP.) 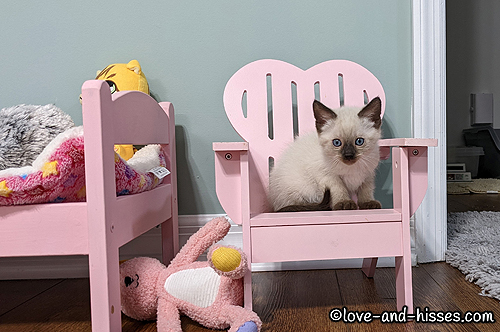 Lalo in the thinkin’ chair. 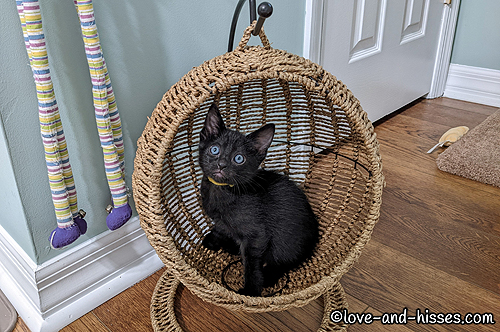 Gus in the Fruittasan. He looks so big now, doesn’t he? (Fun fact: Gus is now the largest kitten, and is just over 2 pounds.) 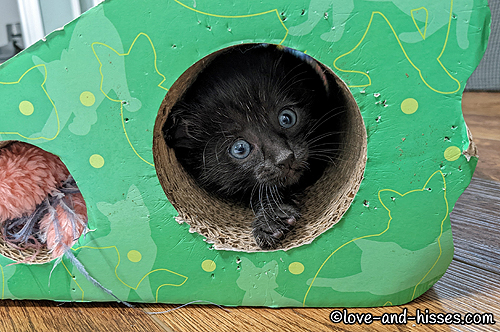 Mike in the tunnel. 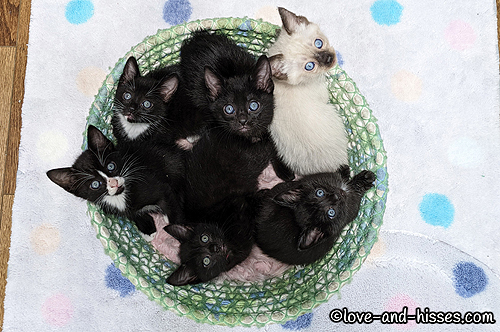 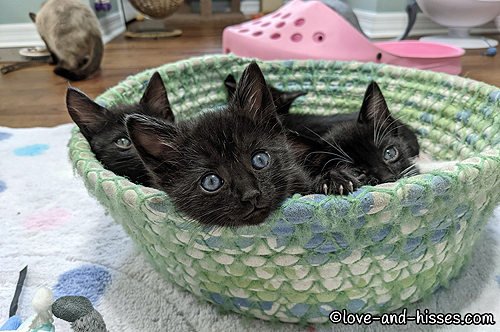 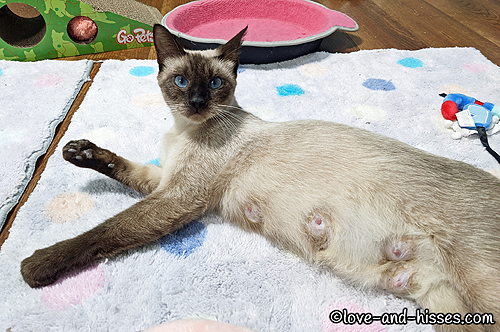 Guess who’s outta here in a few hours for her spay surgery? This girl!

I can’t believe we made it this far without her going into heat! Her spay appointment is this afternoon, and I imagine we’ll be home just a few hours later. I don’t anticipate any issues, and I am just SO PLEASED for this girl that there will be no more kittens in her future. 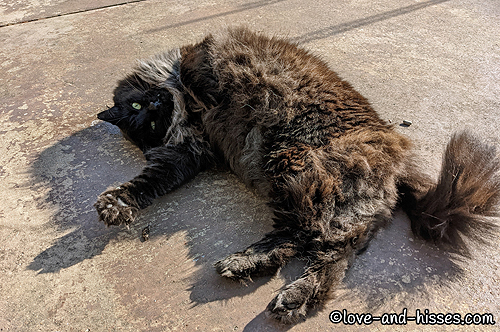 It’s been sunny but not TOO hot this week, and the cats are LOVING it. Khal likes to roll around on the concrete and look like a big fabulous pile of floof. 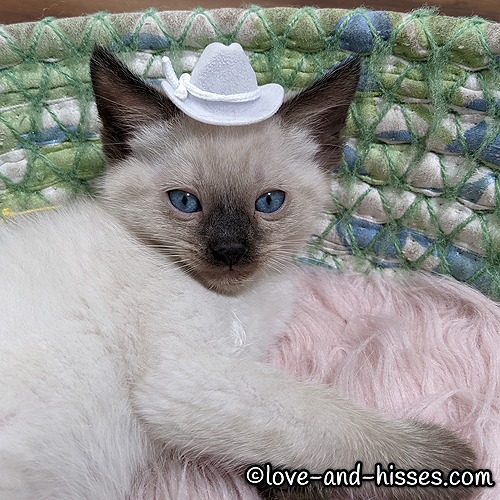 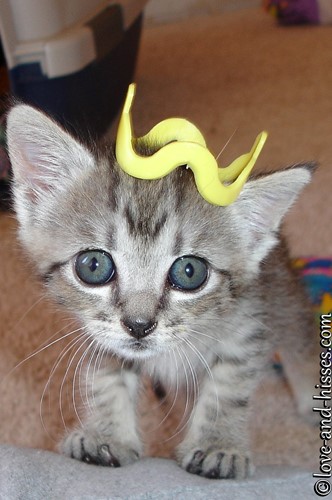 Throw Back Thursday: It has been 16 years (2006) since our very first bottle baby, Maddy. Oh, how I loved that girl. She was adopted by my friend Nance and went to Pennsylvania to be spoiled rotten (Maddy passed away several years ago.) 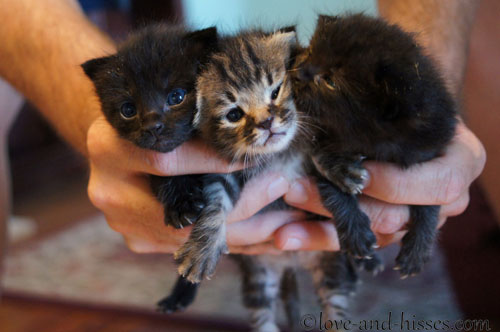 Regarding our recent mis-sexing episode (if you missed it, we thought Ignacio/Nacho was a boy; turns out she’s a girl), a lot of people immediately thought of Skinny Pete, our bottle baby foster in 2015. That’s Skinny Pete on the left, Badger in the middle, and Combo on the right. We thought Skinny Pete was a boy (thus the name), but found out she was a girl. We kept the name Skinny Pete for her. (She was adopted out, returned less than a year later, and then adopted again in 2017.)

YouTube link
Throw Back Thursday: From 2015, our bottle baby Combo (brother to Skinny Pete and Badger) had the funniest, huskiest little voice.

YouTube link
Another long video of kittens playing. They are so very BUSY! 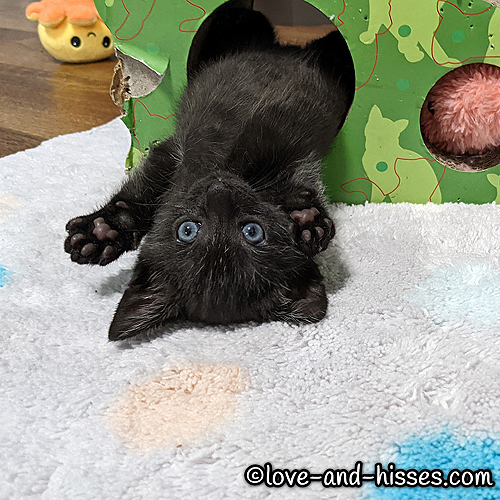 Mike’s reliving his birth experience and having a little existential angst in the process. 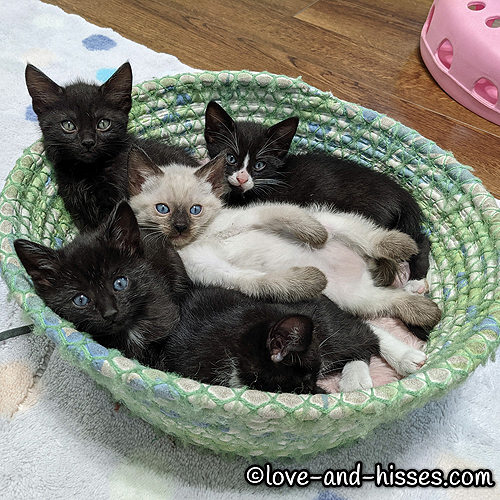 Lalo shall sleep like an angel on his Nacho-Mike-Francesca-Saul bed. (Good night innernets!)