The good news that happened over the weekend: Lizzie was adopted yesterday! (Her “adopted” picture is down in the social media section.) She was adopted with another Forgotten Felines of Huntsville kitten, a cutie named Snickers.

This leaves Brianna and Jenny still at Petsmart, and all of us crossing our fingers that their families come along very soon! 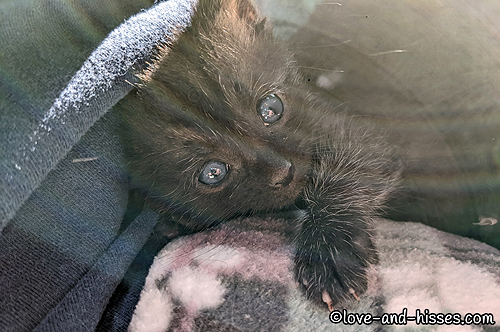 Mike in my lap, in the sun. 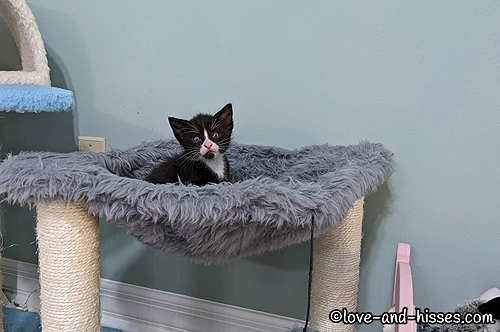 Saul giving me the crazy eyes from the hammock. 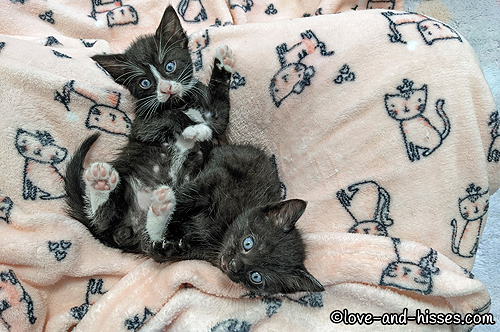 Saul and Francesca in my lap. 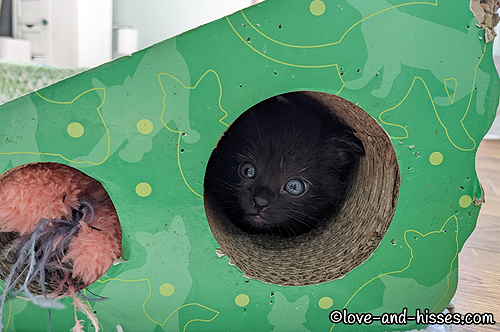 Francesca hanging out in the tunnel. 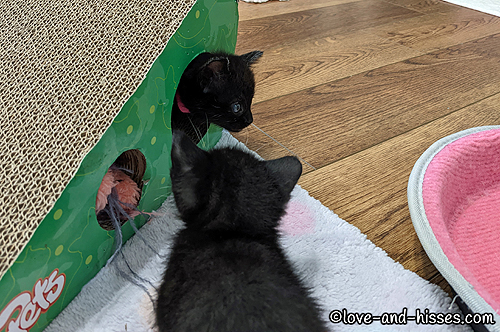 Nacho’s waiting his turn for the tunnel. (Or waiting to pounce on Francesca, though he thought better of that.) 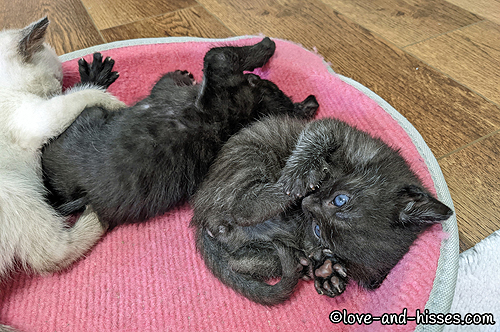 Mike cleaning his foot (awww) while Lalo and Gus tussle behind him. 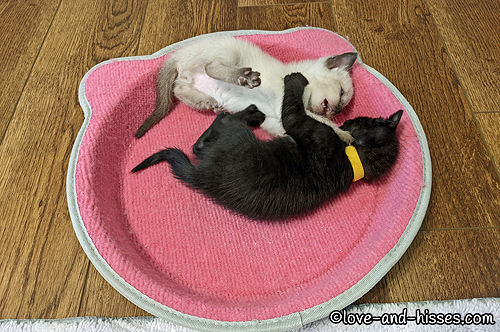 Then Mike had better places to be, but Lalo and Gus tussled on. 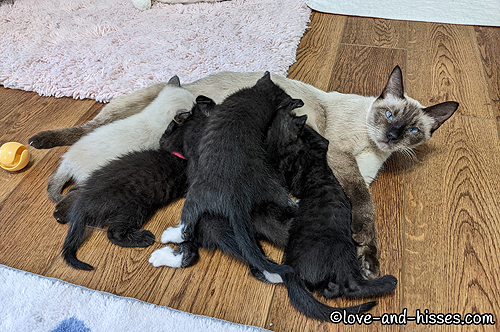 Kim’s serious face cracks me up. “Excuse you, lady, this milk bar is in business right now.” 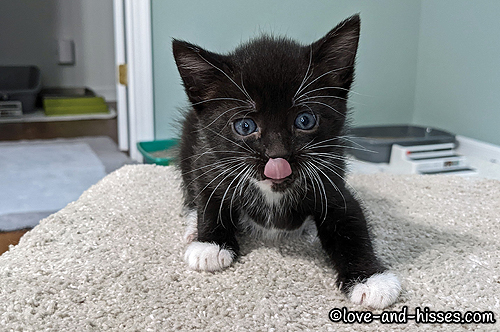 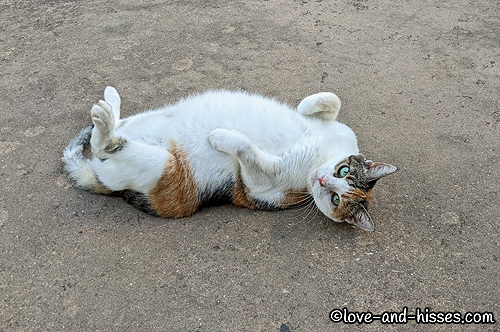 Alice Mo and the come-hither eyes. 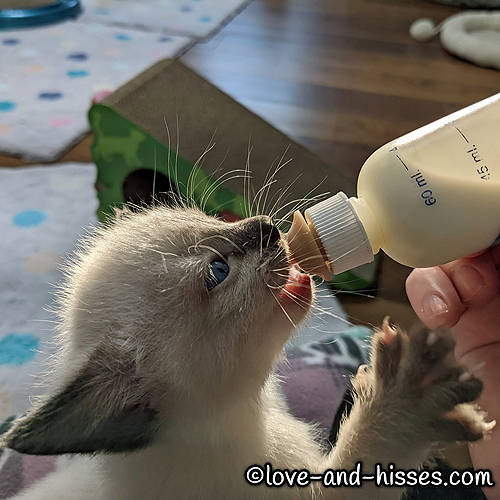 Breakfast is served! (Yes, I’m still offering the bottle. I can’t help it, they love it so much! But their bottle time is coming to an end. I’ve spotted at least three kittens eating a little canned food, so there’s not really any point in offering them the bottle any more, especially since mostly what they do is chew on the nipple. It’s been a lot of fun, though!) 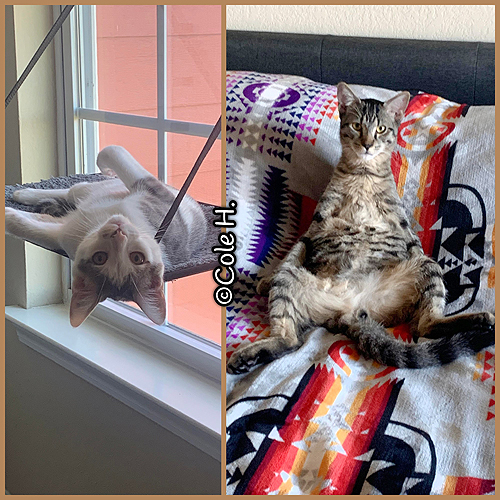 Former fosters from the Sprouts litter Kudzu (left) and Mondo are livin’ the life (and cracking me UP.)

YouTube link
A little Mike, a little Gus, a little tussle. A LOT of cute. 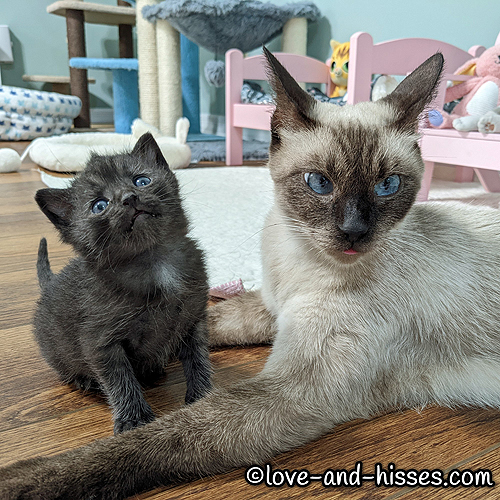 A Mike and his mama. Their faces are cracking me UP.

YouTube link
Mama Kim Wexler shows off her huntin’ skills – she “caught” a mouse and is calling for the kittens to come eat it. (And her excellent hunting skills have clearly rubbed off on Francesca.) 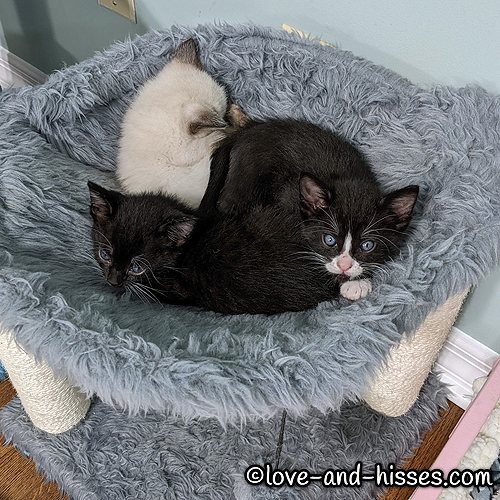 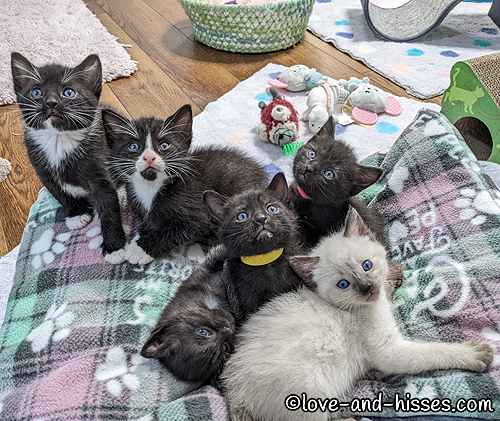 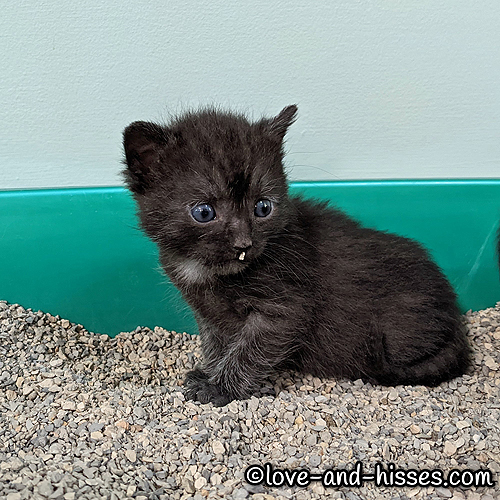 Mike’s gonna save that piece of litter for later. You never know when you might need a nibble to tide you over! 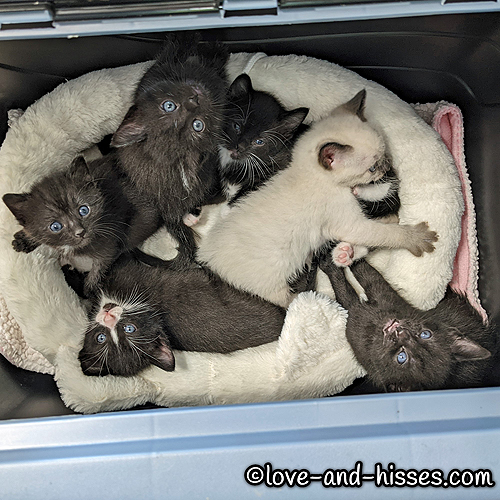 The foster room DESPERATELY needed a scrubdown this morning, so I waited until the kittens were sound asleep in that bed. I picked it up with them in it, set it in the carrier, and by the time I was done sweeping, mopping and replacing the rugs with clean ones, they were just starting to wake up and complain. It worked out perfectly!

YouTube link
Sitting in the kitten room, watching the kittens do what they do.

YouTube link
Mama Kim Wexler loves to “kill” that mouse! (And yes, it’ll go home with her when she’s adopted.) 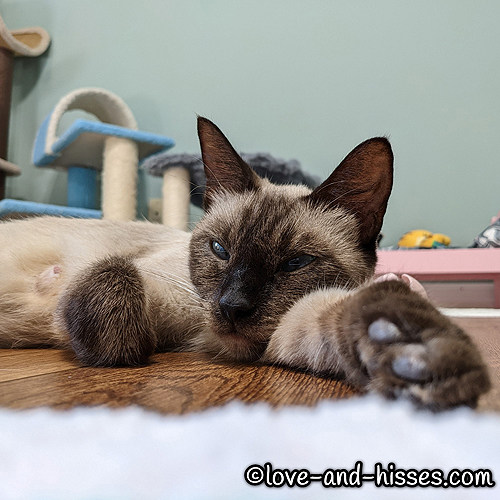 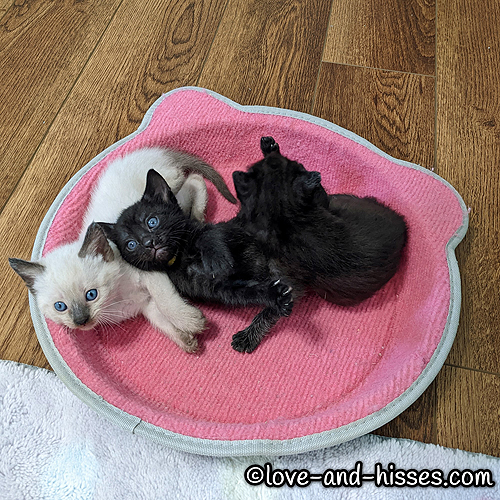 Can I interest you in some triple-kitten pie (my favorite!) to start your day? (Lalo, Gus and Mike) 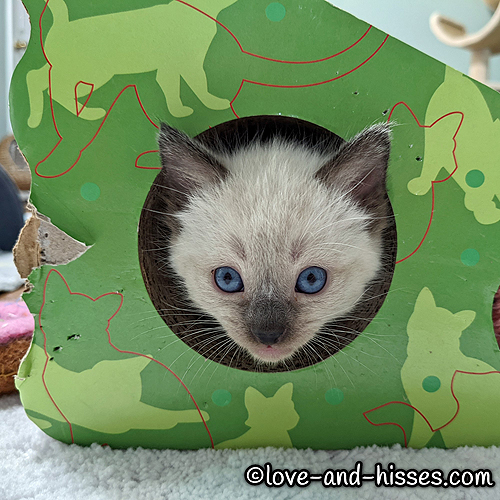 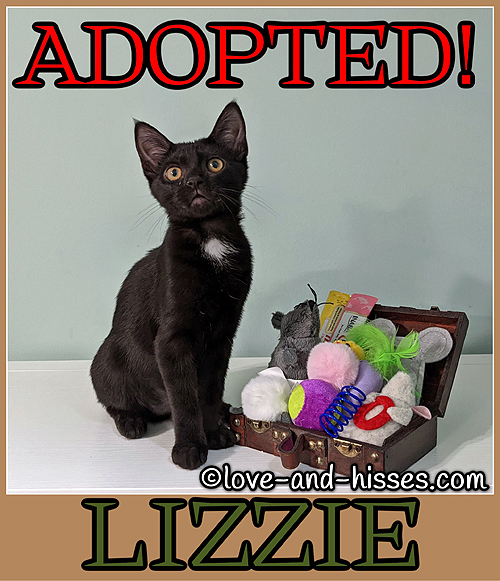 (This leaves Brianna and Jenny still at Petsmart.) 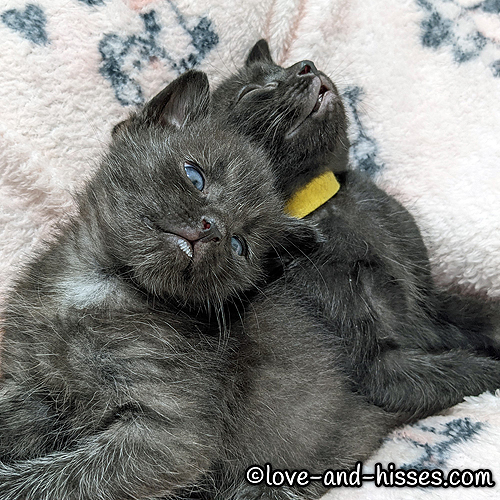