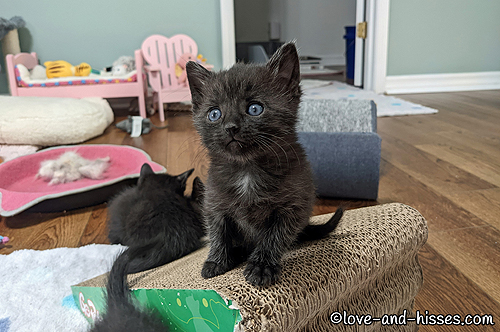 Mike’s having a think. (That boy is SO CUTE.) 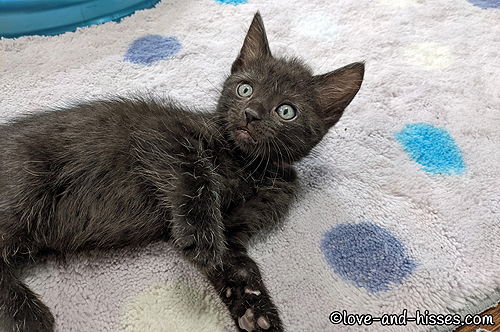 Francesca would like it known that she, too, is extremely cute. 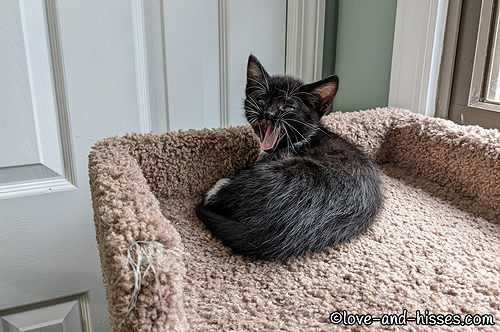 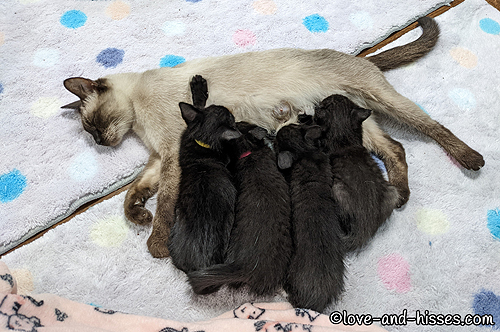 Across the room, the milk bar was crowded with 4 of the 6 kittens. (Missing: Nacho, who was atop the cat tree. And Lalo.) 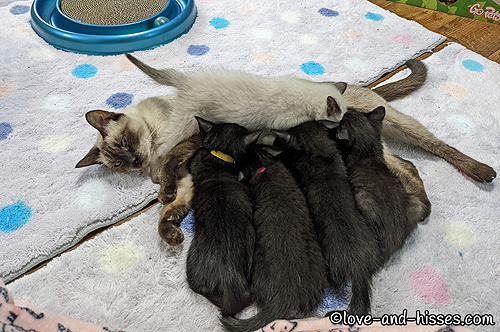 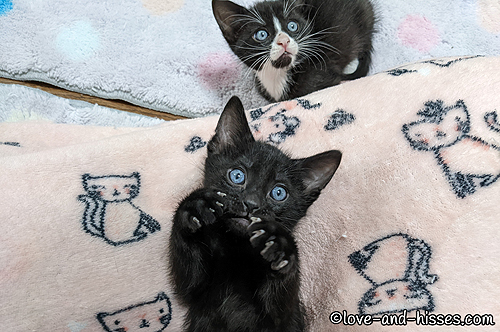 Gus in my lap, showing me that I need to trim his claws again, while Saul looks on. 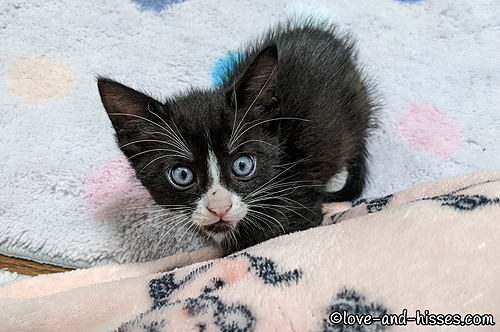 “My claws are fine, you just keep your trimmer to yourself, lady,” says Saul. 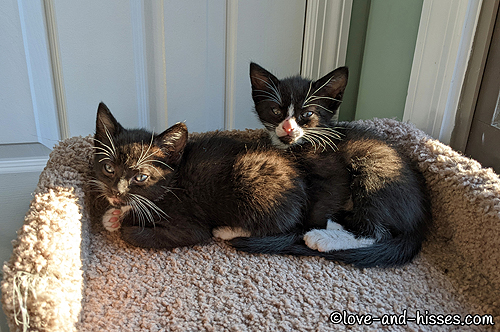 Nacho (left) and Saul atop the cat tree in the morning sun. 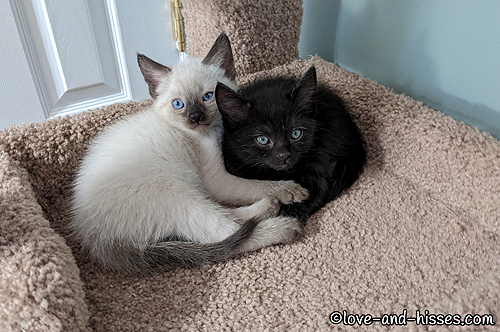 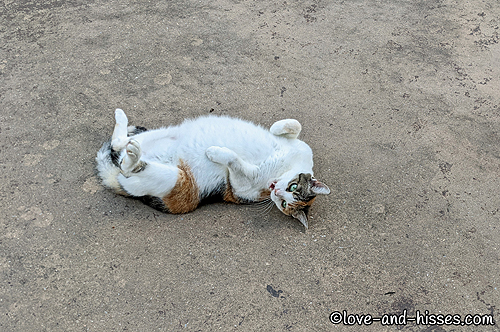 Alice Mo rolls around on the warm concrete while talking to her Daddy. (Yo.) 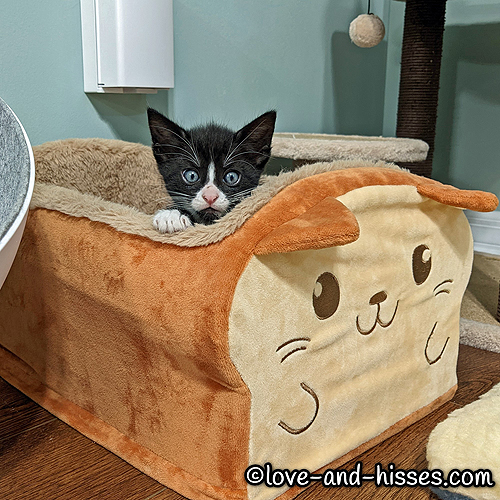 “I fell asleep a kitten, and woke up a loaf of bread. How’d that happen?!” Saul wonders. 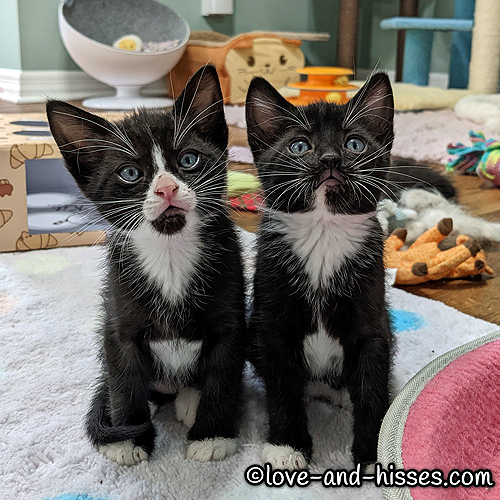 In case you ever wanted to see Saul (left) and Nacho side by side, here you go. They have some seriously fabulous whiskers!

YouTube link
Saul and Nacho are VERY COMPLAINY that the milk bar appears to be GONE. Where IS it?! It was RIGHT HERE! Oh woe! 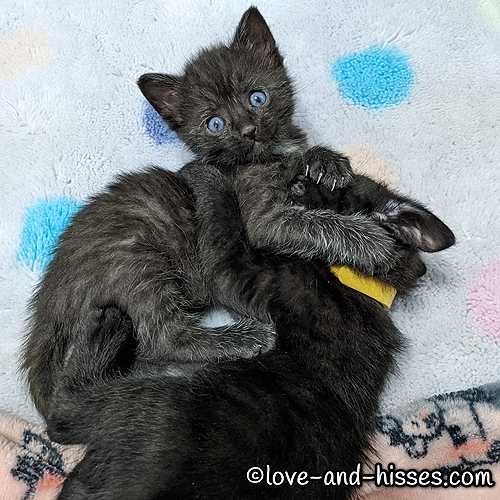 YouTube link
When I walk into the room, Saul LOVES to climb up on top of the air purifier and scream his little head off. When there’s food available, does he run over and start eating? Nope. So why’s he screaming? Who knows?! 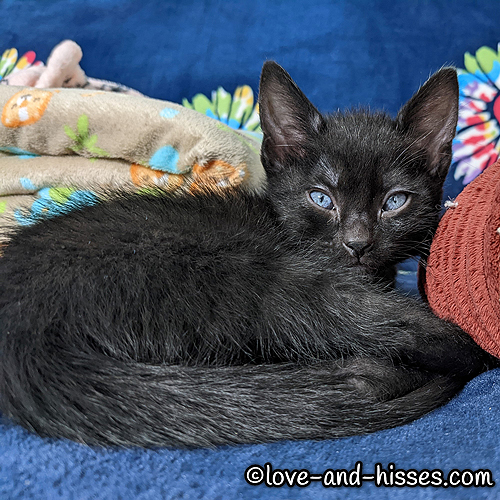 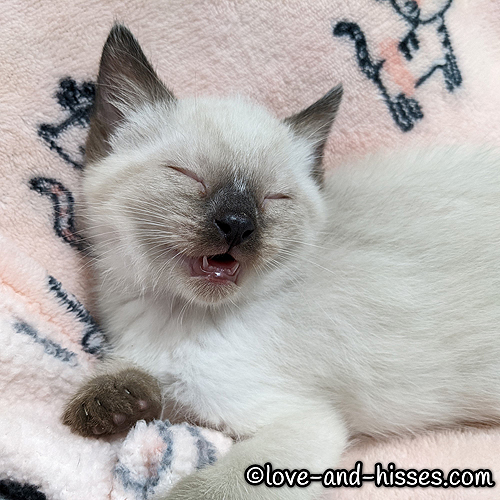