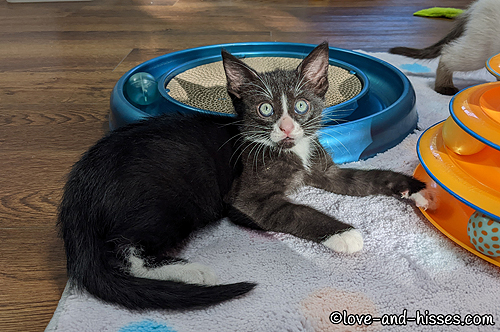 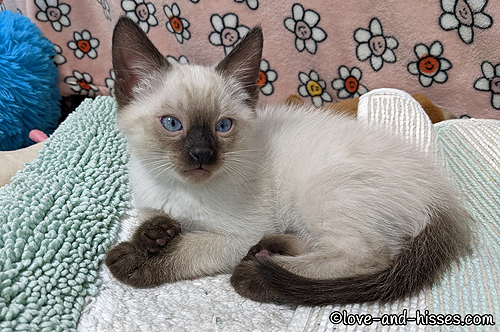 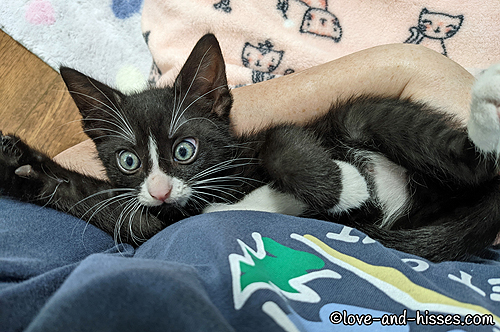 Holding Saul like a baby. (He likes it, don’t let that expression fool you.) 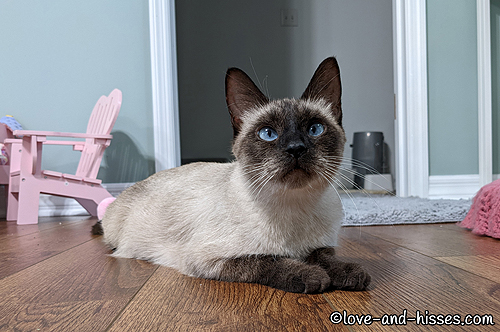 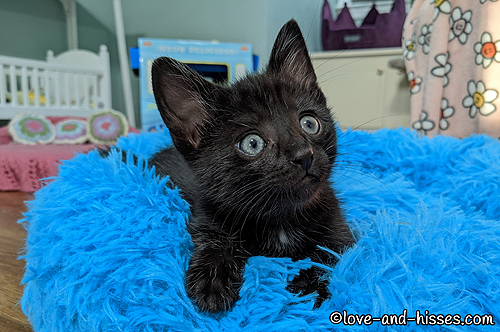 Mike’s inquisitive little face. “Was you talkin’ to me?” 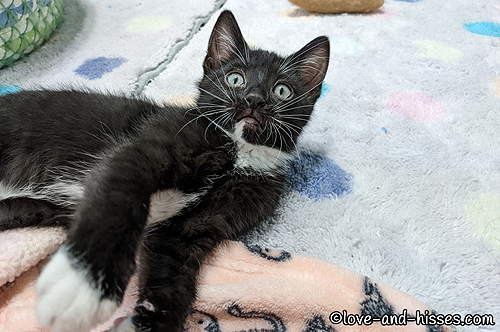 Nacho’s all “Or maybe you was talkin’ to me?” 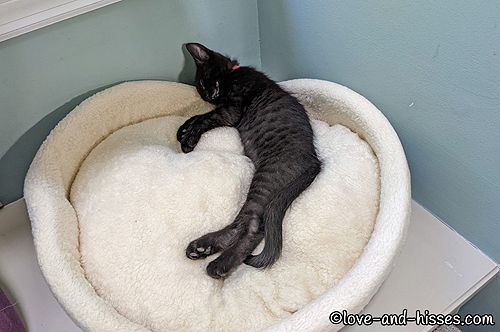 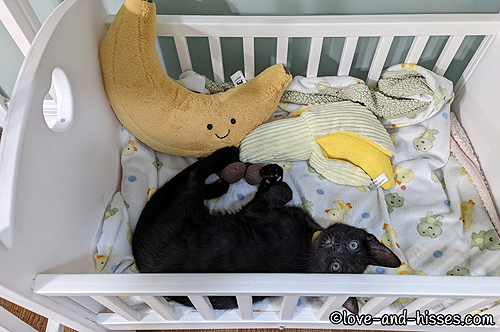 Gus really loves climbing into the crib and napping – I’ve found him in there several times so far. I guess he’s just reminding me that he’s da BAYbee. 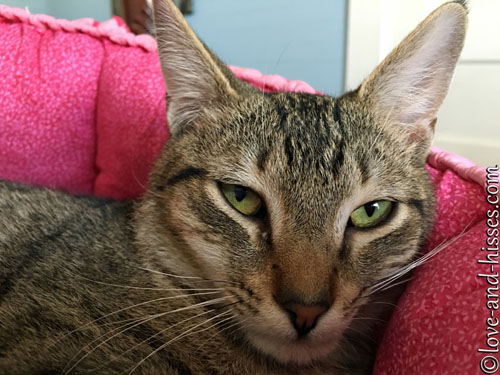 Dewey, from 2016. I wouldn’t want you to forget what a good-looking boy he is! 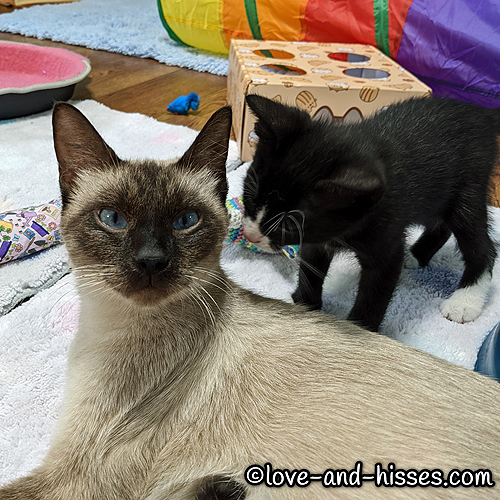 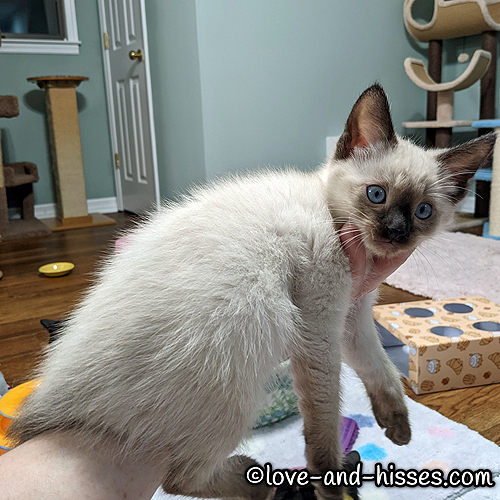 Remember when Lalo used to fit perfectly in my hand? Not so much these days!

YouTube link
Mike is the kitten in charge of letting me know that they’re starvin’. 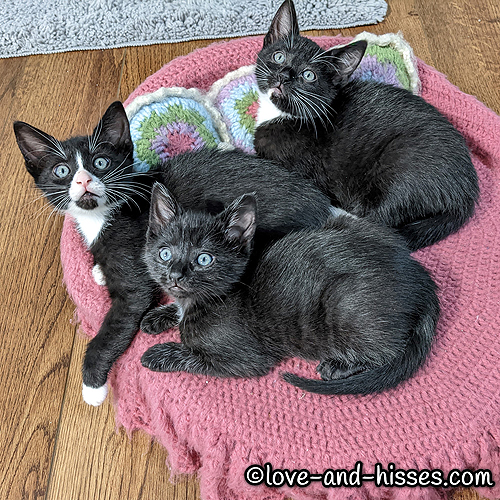 Mike, Saul and Nacho hanging out on the Fancy Sofa. 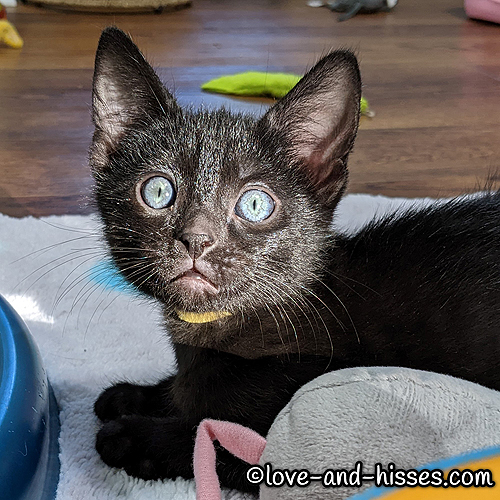 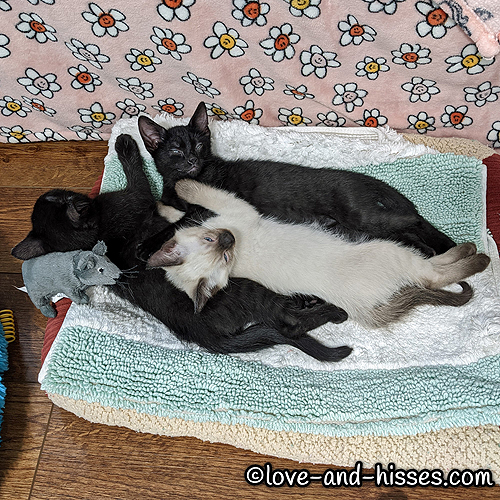