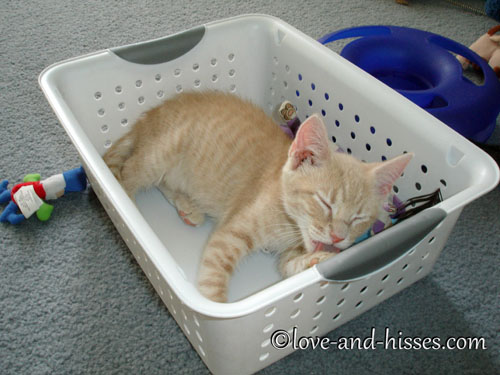 It’s incredibly difficult to get the kittens to jump into this box and lay down. I have to actually bend down and put the box on the floor. God, I need a nap after all that hard work. 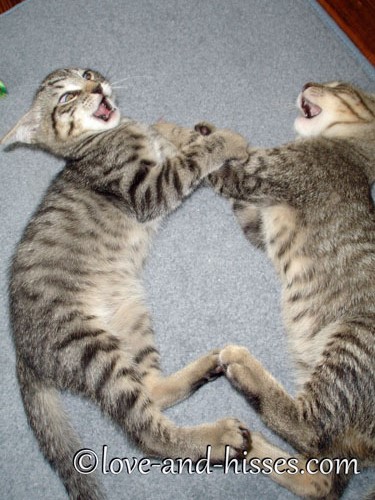 Those are some awesome Crazy Eyes there on the left. 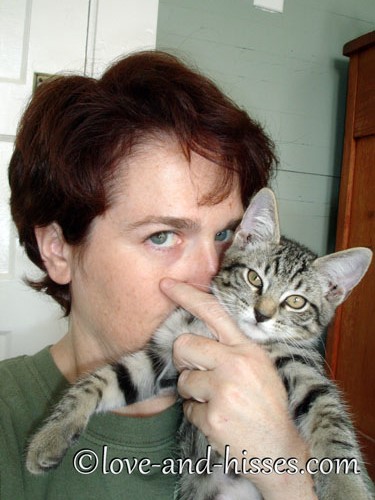 “Lady, all I want to do is chew on your foot and maybe claw at your instep a little. I’m not going to make cute for the camera, so put me DOWN.”

Bless those little bitty kittens. They’re awfully cute and entertaining and despite the fact that we shove pills down their throats in the morning and evening, they forgive easily. 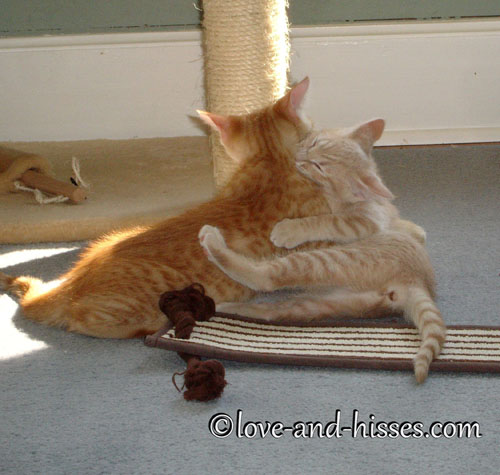 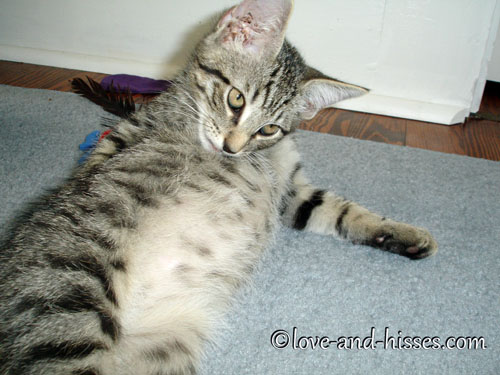 Talk about your come-hither looks! 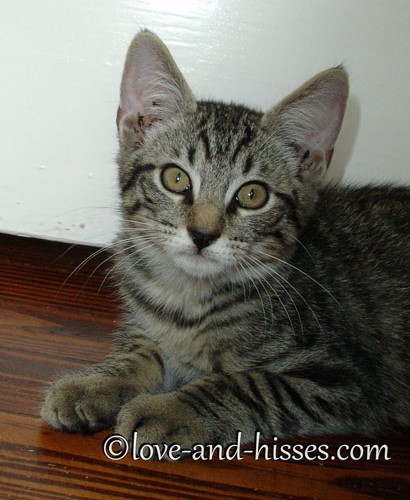 Such a pretty Eddie Dean. 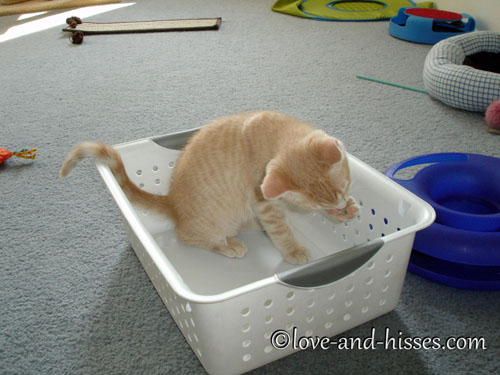 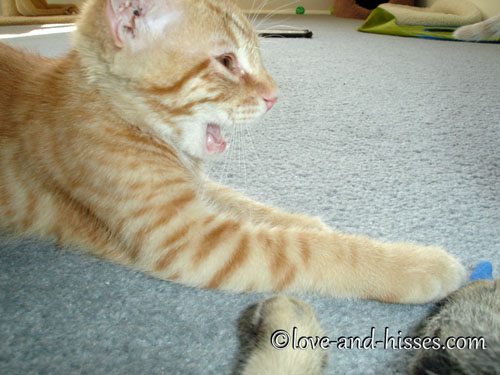 Stretch-and-yawn. I adore those stripes. 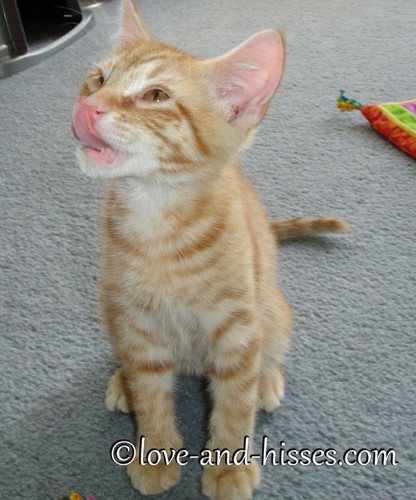 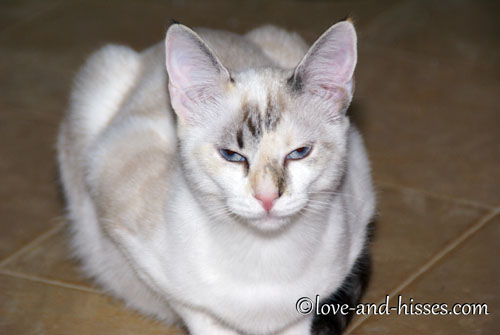 Is that a smug look, or what? Stinkerbelle seems to be finding her “voice” lately, and you can often hear her wandering through the house making bratty little noises at the other cats. They’ve pretty much accepted her except for Sugarbutt, who always hisses at her, then she hisses at him, and sometimes she swats at him. She cracks me up. 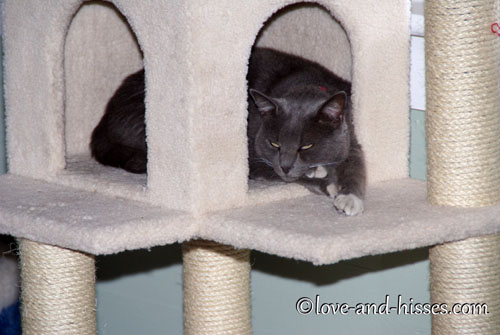 Full of the het.

Previously
2006: But this is the ONLY position she’ll take her bottle in, standing on her back legs with her back against me.
2005: Hey. Did you SEE the Best. Picture. Ever.?