The kittens continue to do well. Since I was at the health food store yesterday and they sell herbs in bulk, I bought a bag of organic catnip and scattered some on the floor of the kitten room. I got no pictures, but rest assured: those kittens enjoyed themselves a good long sniff of catnip, and then raced around like their tails were on fire.

The powdered Slippery Elm Bark I bought at the health food store was to hopefully help stem the tide of diarrhea. They’re still on metronidazole and FortiFlora, but the litterbox situation improved slightly and then got no better. I’ve tried Slippery Elm Bark in the past with good results, so I’m giving it a try with these guys. Obviously if nothing improves, I’ll lug another fecal sample to the vet, because that’s just how I roll. 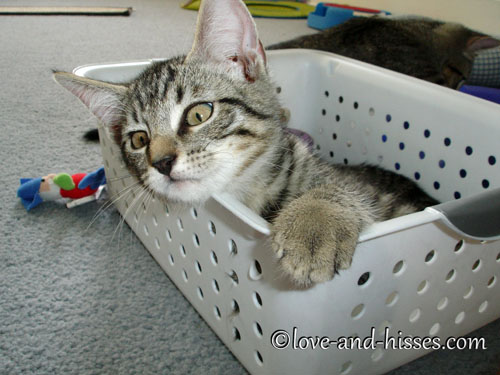 Crazy Eyes, he claims the box for his own self. 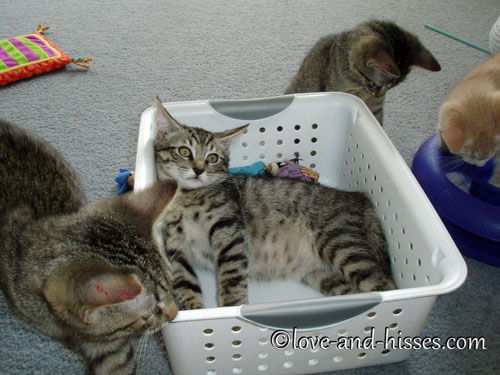 Crazy Eyes struggles with a wee case of claustrophobia. 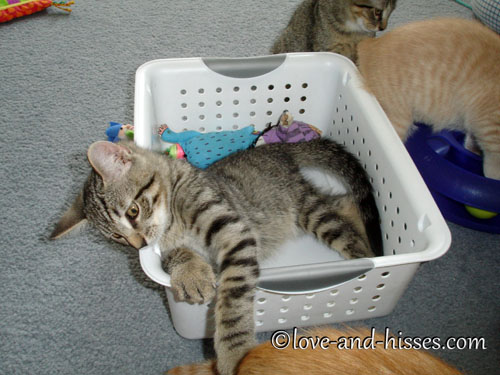 Crazy Eyes say, “If you’re going to just leave that tail sitting right there, I’m going to have to grab at it with my needle-sharp claws. Tails require grabbing, so grab I shall.” 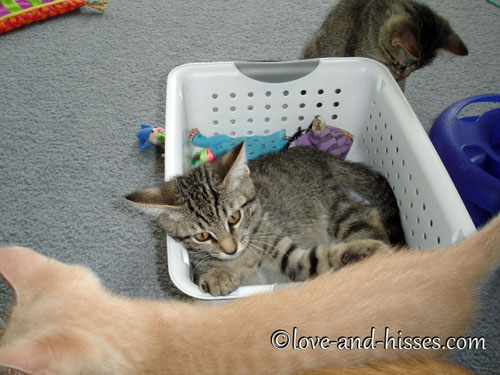 Crazy Eyes say, “Keep it moving, move along. Nothing to see here!” 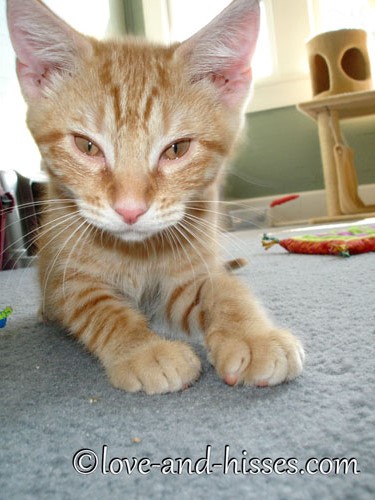 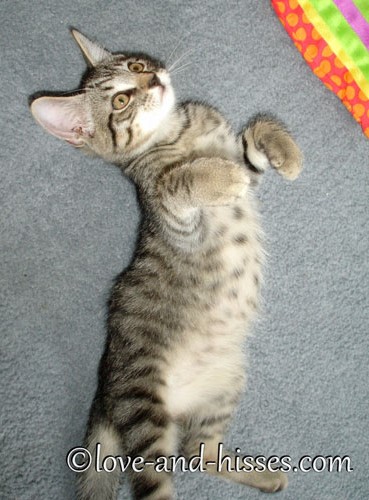 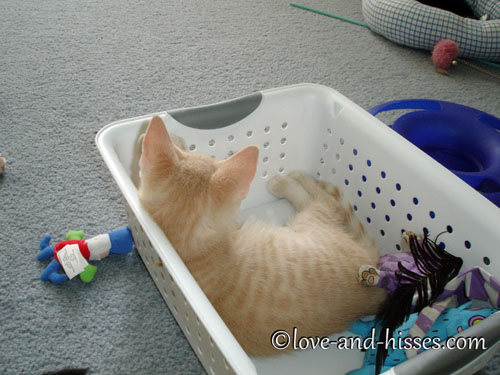 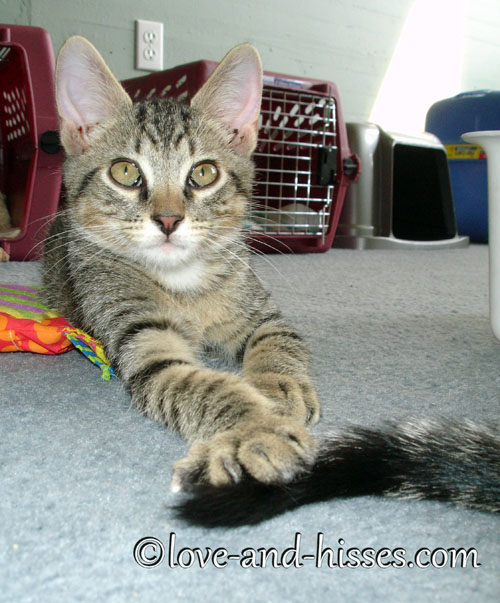 These kittens spend 24 hours a day chasing and biting each others’ tails. 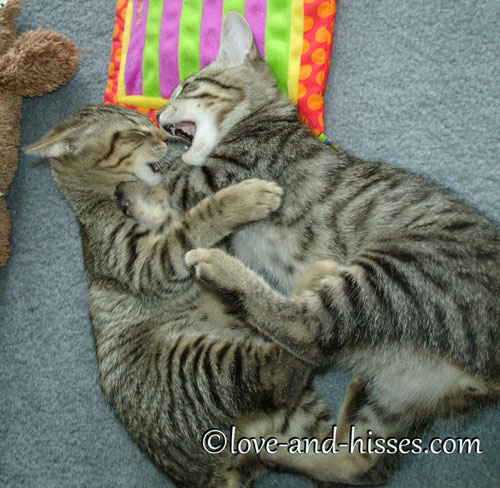 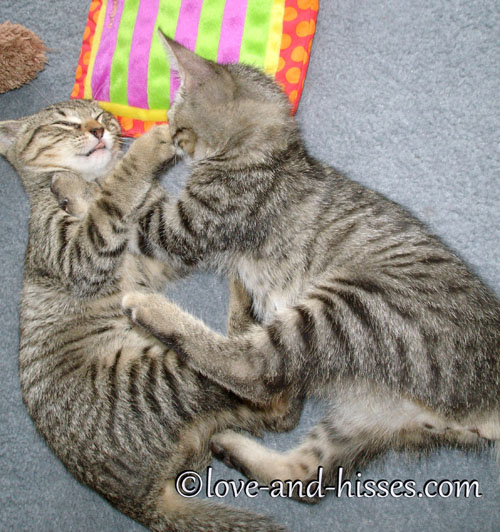 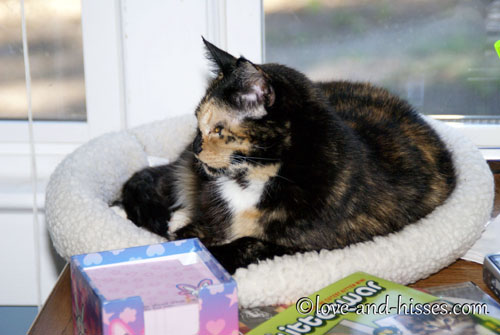