Say goodbye to the kittens! The diarrhea is cured, the metronidazole has run its course, the eyes are healed, they’re ready to go forth and be adopted, and they better get their butts adopted before Monday, because I do NOT want to go in there and see them sitting all sad in their cage. 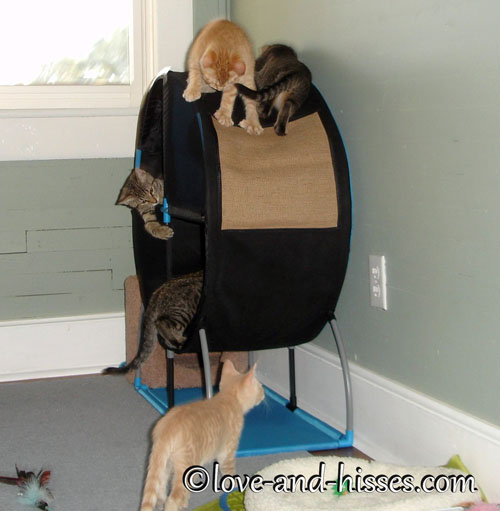 A fellow volunteer bought this thing at Target, but her cats are too big for it, so she offered it to me. I have to say, it is a HUGE hit. I brought it into the house and left it in the hallway for a little while, and when I went to take it upstairs, Tommy was splayed across the top of it. When I took it into the kitten room, the kittens raced around like their tails were on fire, jumping onto it and then back off, racing around the room, climbing up the side, smacking at each other from various compartments inside it. They lurve it, and they of course knocked it over, so I solved that issue by putting the condo across part of the bottom so it would hold it in place, and it seems to work just fine.

Crazy Eyes say, “I am a fearsome creature. 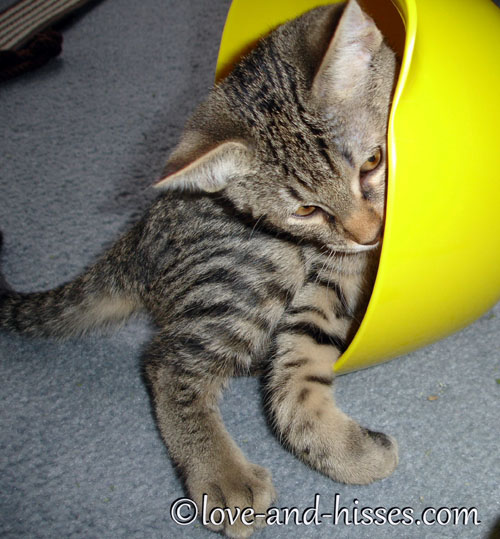 Crazy Eyes say, “This are my bowl.” 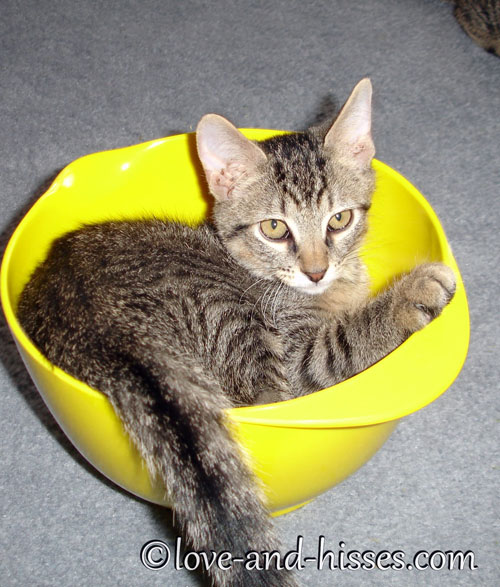 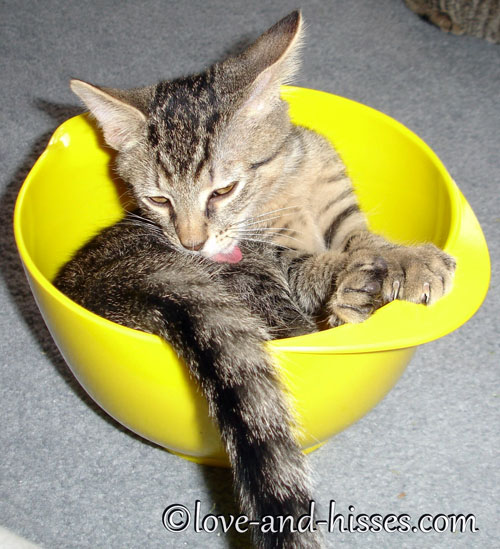 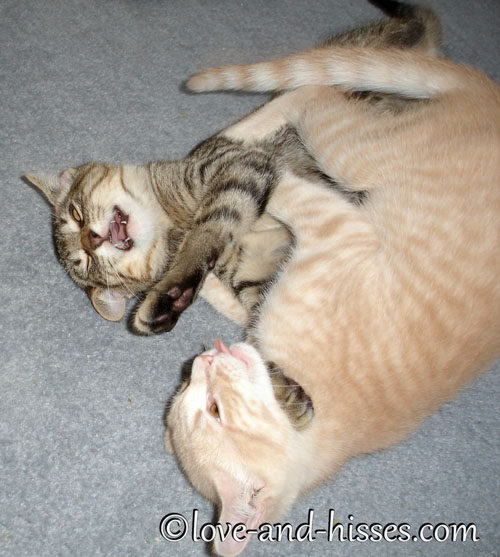 Crazy Eyes and Chompers McGee (aka Jake and Susannah) try to determine just who is the boss ’round these parts. 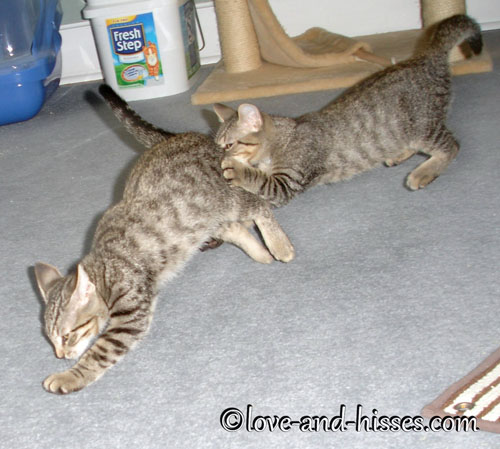 Roland goes for the deep sniff. 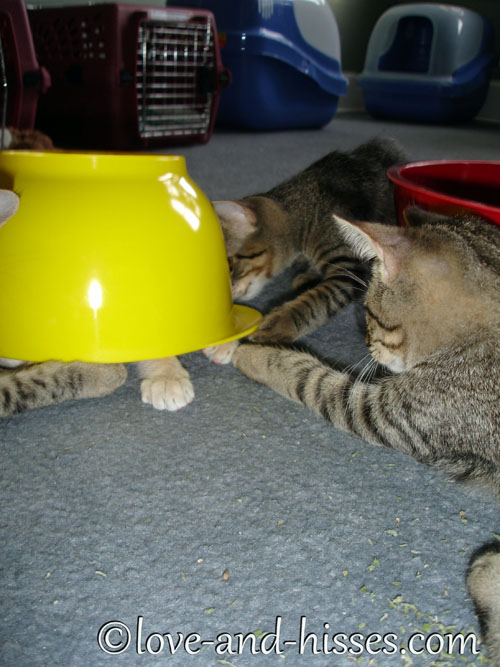 Susannah hiding under the bowl – fascinating to the other kittens, apparently. 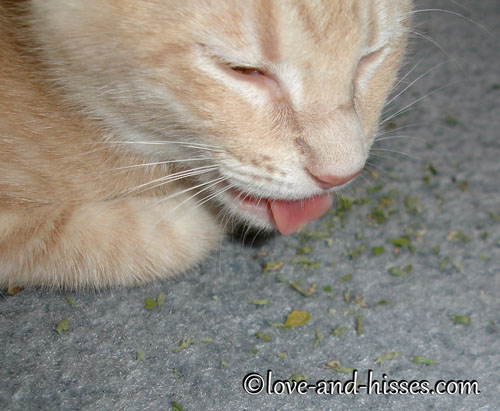 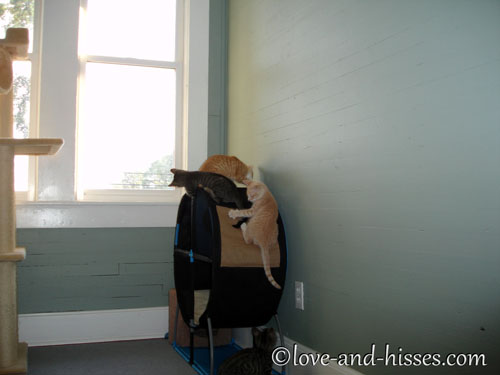 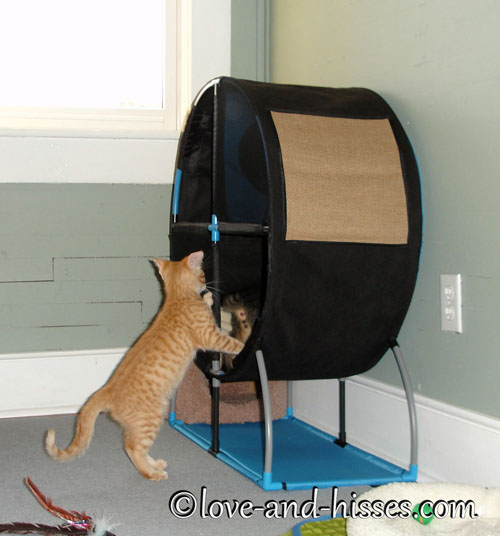