This morning, I went upstairs to hang out with the kittens before I had to take them to the pet store. When I opened the door, kittens came shooting through the crack, and I bent down to halt them in their tracks, and I failed to take into account that there was a doorknob, and I hit that doorknob with the browbone over my right eye so hard I saw stars.

I bellowed and staggered around, and then remembered that there were kittens on the loose, and I chased one down in the bathroom (they run out of the kitten room and directly into the bathroom every single time, I don’t know why) and the other in guest bedroom, and I carried them back into the kitten room, sternly telling them how very bad they were.

I hung out with them for a few minutes, and then it dawned on me that there were only two brown tabbies in view rather than the usual three, so I went back out into the hallway and started looking. I saw no brown tabby anywhere upstairs, and so I went back into the kitten room to look, and still a brown tabby was missing.

I finally heard the far-off sound of an irate Stinkerbelle, and when I followed the sound, I saw a little brown tabby running around happily, surrounded by every permanent resident in the house. Stinkerbelle looked very angry (I guess he’d gotten too close to her), but the other cats just looked puzzled, like they weren’t quite sure what they were looking at.

I rescued the kitten, took him upstairs into the kitten room, and the kittens started acting like jerks, racing around, jumping on me, biting at me, just generally being pains, so I said “OKAY, I think I’m ready for you to go, brats!”, so I packed them up and drove them to the pet store. I gave them all the usual hugs and kisses, told them to get themselves adopted before Monday, and left. They watched me leave like, “Yeah, whatever. Buh-BYE, lady!”, and settled down for naps.

The kittens are at the pet store, as I mentioned, and so here are the last of their pictures. 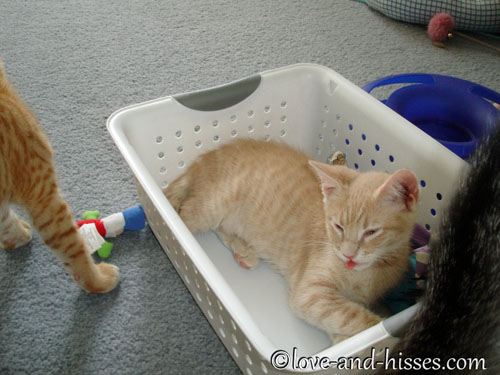 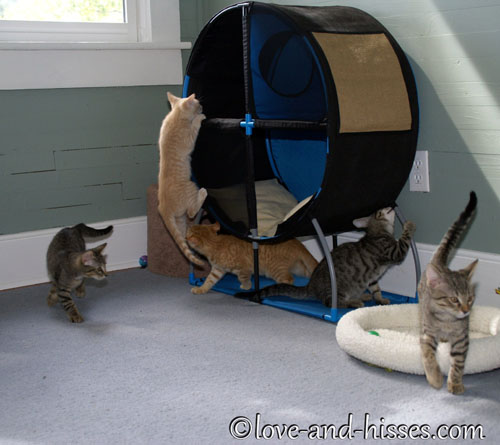 Did I mention that they really like this thing? 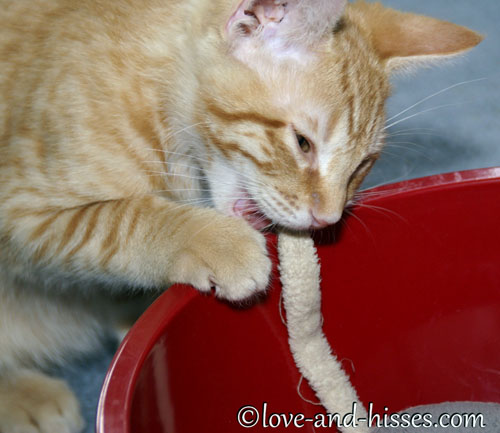 I can’t stand how gorgeous Billy Bumbler is. And what a sweetheart – the happiest, most laid-back cat, ever. I swear he looked like he was wandering around in a drugged-out daze most of the time. 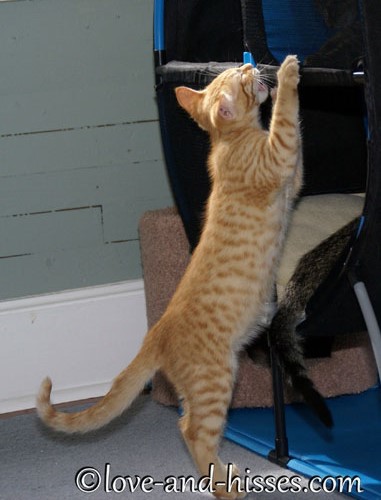 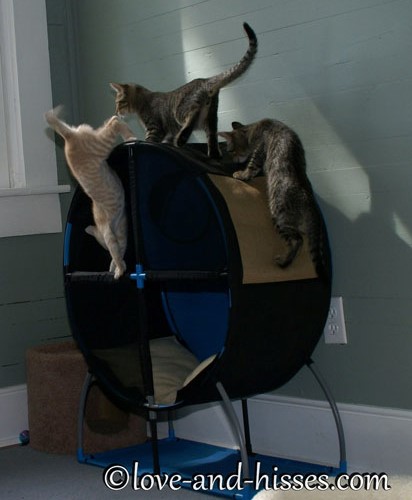 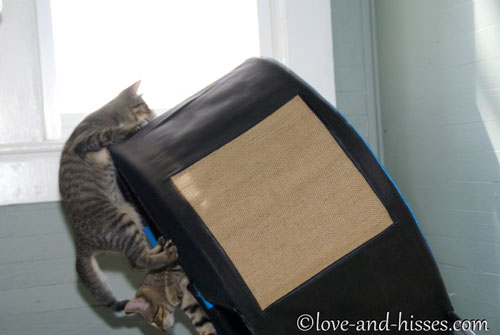 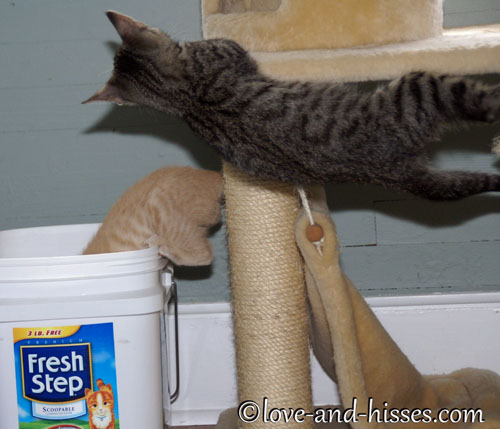 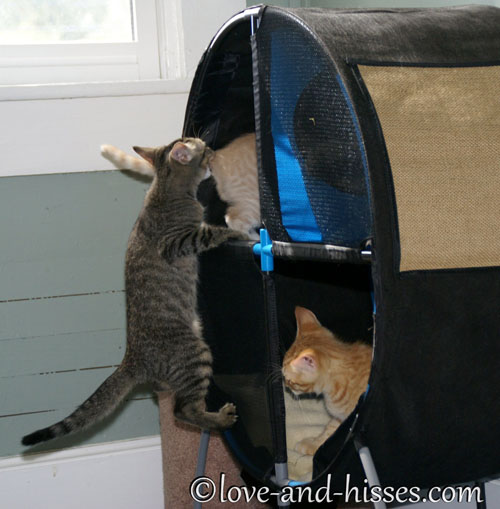 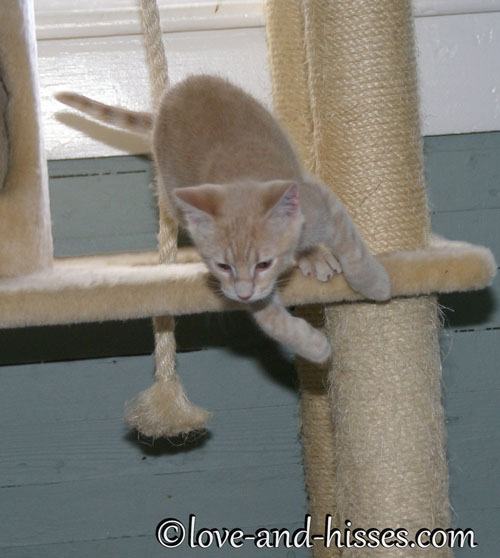 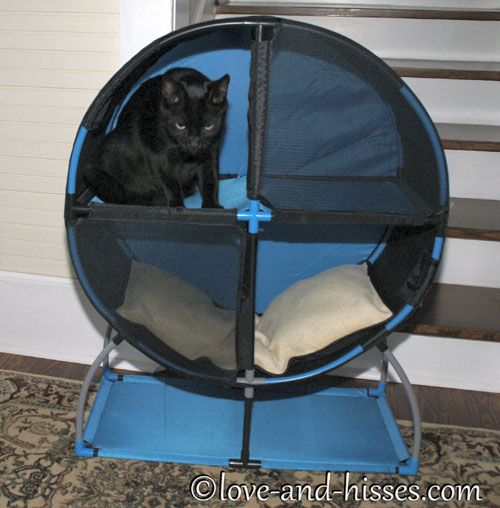 Tommy liked this thing too, and thinks it’s unfair that those stupid kittens got to have it! 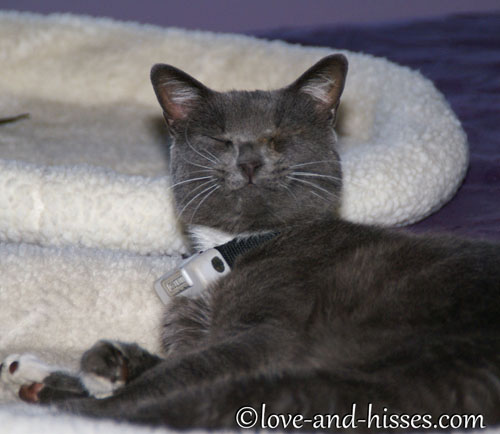 Previously
2006: Maddy is officially off the bottle!
2005: I wouldn’t say that Sugarbutt’s butt is at 100%, but it’s so much better than it was last Thursday that I’m not complaining.