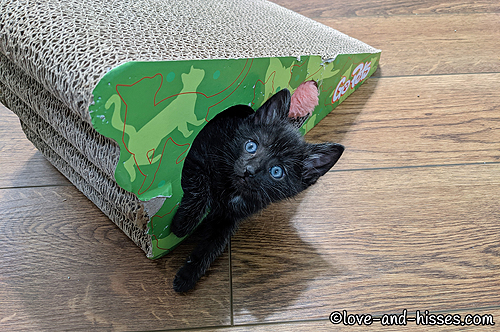 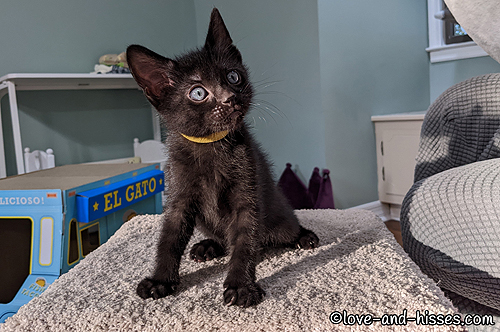 Gus is havin’ a think. 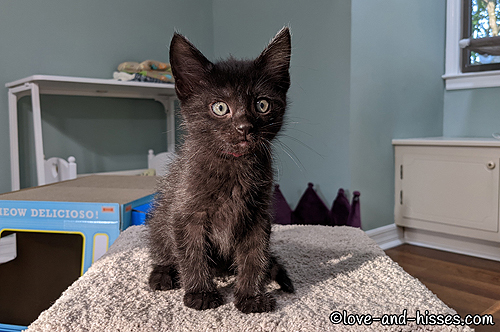 And so is Francesca. 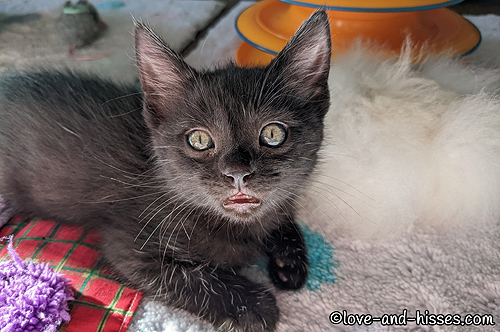 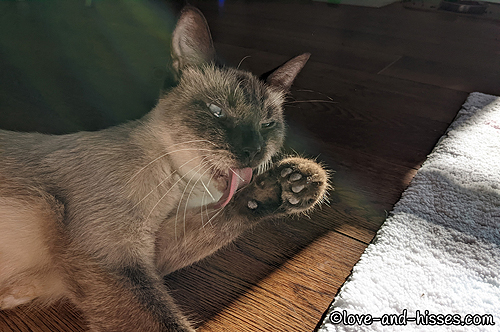 Kim has a bath. 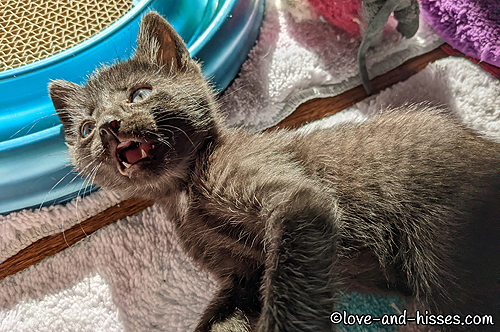 It’s possible I BOOP’d Mike just before I took this picture, and he thought he was gonna give me the ol’ chomperoo. 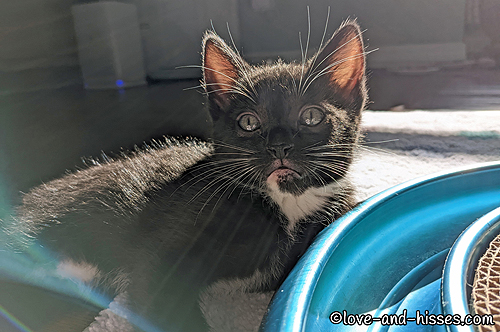 Nacho in the sun. I think her brain is melllting. 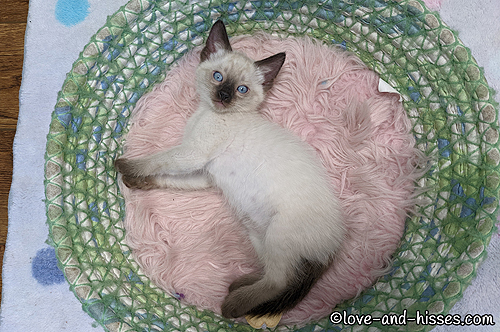 I think pink is Lalo’s color. 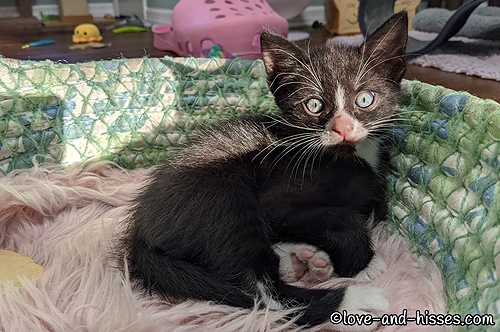 It looks good on (under) Saul, too! 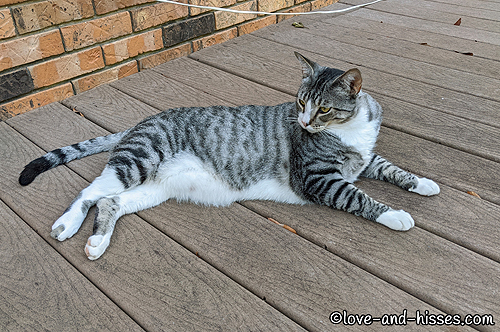 I guess he’s no longer Charles, Prince of Wails, is he? He’s King Charles III, and you better not forget it. (There might still be the occasional wail if you bring him a leaky pen, though.) 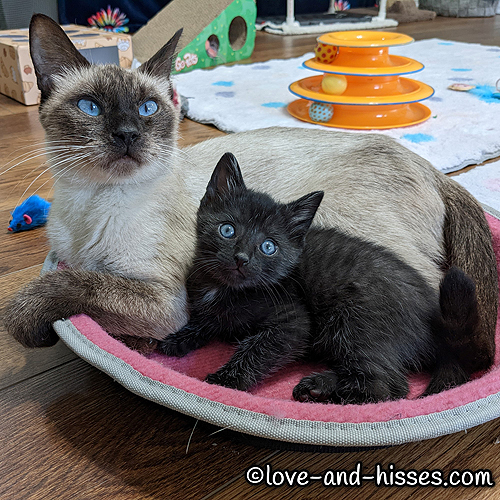 It’s a Mama-Mike pie. My favorite! 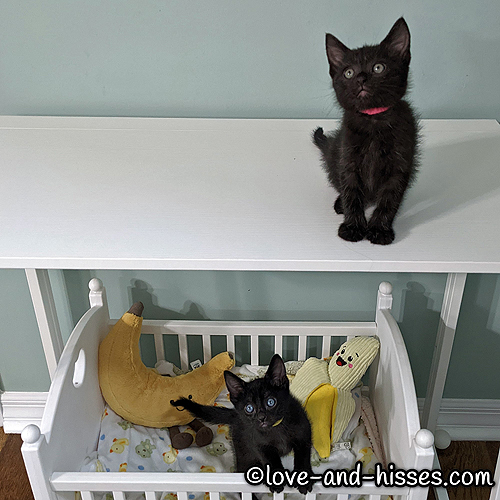 I was trying to get a good shot of Francesca, and Gus was all “Me! Me! I wanna be in the picture, too!”

YouTube link
Mike would like it known that he still fits through the tunnel. It’s a tighter fit than it used to be, but he can do it! 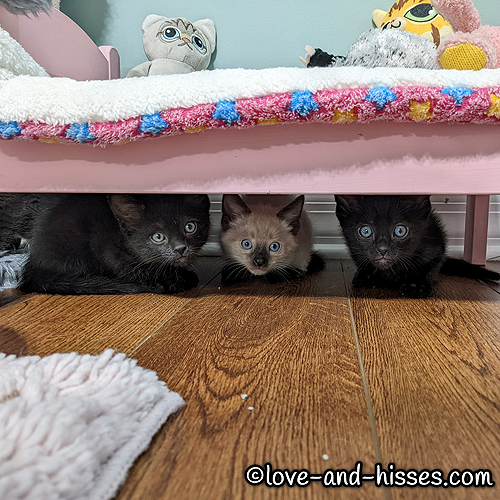 I turned on the TV which startled Francesca, Lalo and Gus, and they ran and hid under the doll bed.

YouTube link
It’s play time in the kitten room, and they are WILD today! 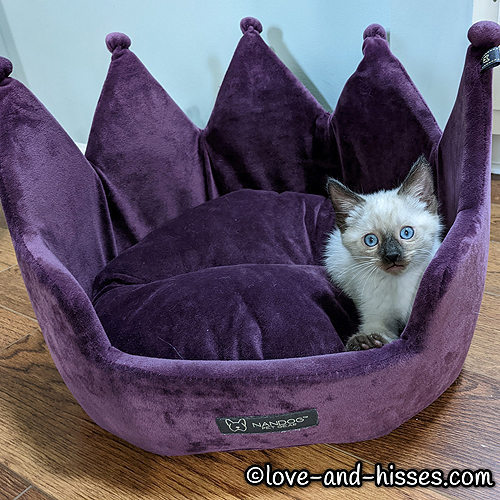 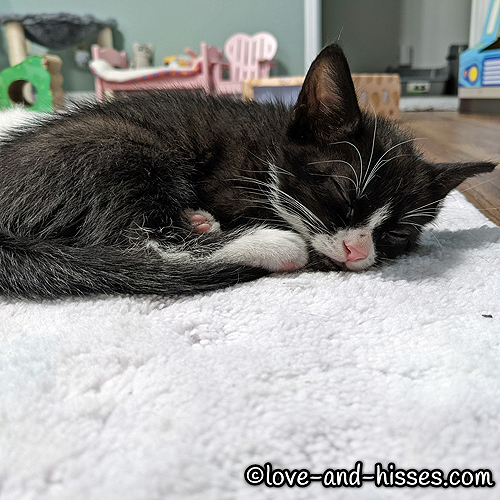