In case you missed it on Facebook/Instagram last night… 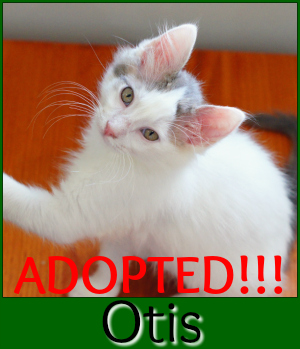 I just love that Otis and his floofy tail with the different shades of gray in it. And I love that Millie and her floofy tail, though you can’t really see it in this picture. Like all kittens, Otis adores the loop on the back of my phone and he chews on it whenever I’m dumb enough to leave it unprotected. Otis gives Arundel a bath, and she’s not complaining. Otis, keeping an eye on things. Otis and Bethel, doing the same. (Bethel’s round eyes just crack me up. She always looks so AMAZED.) Annnd a bowl full o’ Dexter. I think it’s safe to say that they love that bowl scratcher. That chair exists in that location solely to provide shade and shelter for the cats, usually Alice. I’ve never sat in it, and I’m pretty sure Fred hasn’t either. (And if I were going to go hang out in the fresh air, I’d stick to the screened porch, since the screen does a good job of keeping bugs at bay.)