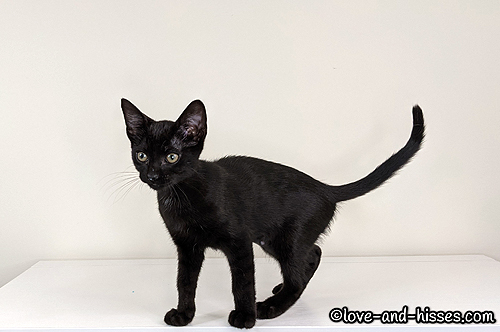 From this angle, you can’t really see the crook in Sofia Soy Sauce’s tail. 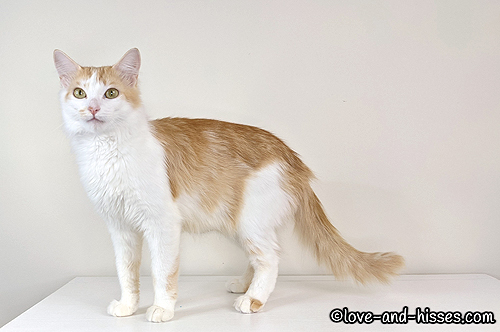 Molly Marinara is all “Where are the treats, lady? I was promised treats!” 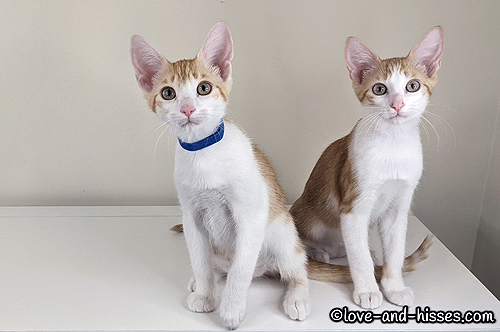 Alfie Alfredo and Franco Fondue aren’t quite sure what’s going on. 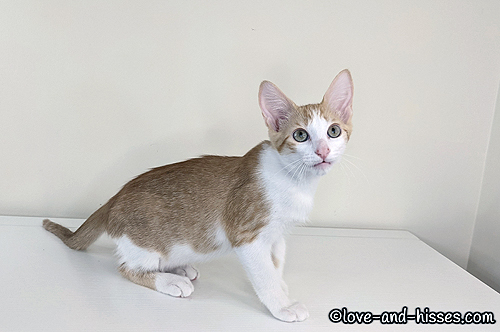 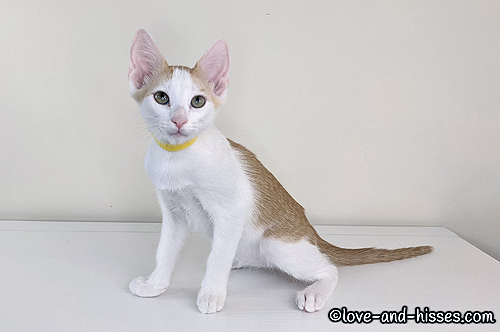 Where’s the posed picture of Theo Pesto, you ask? There isn’t one. 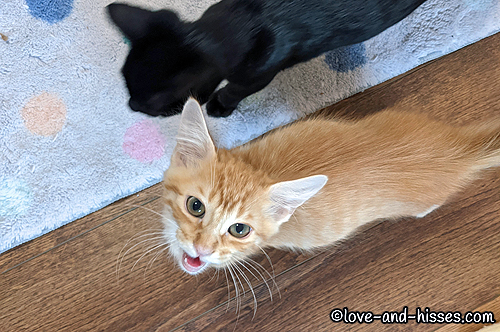 “I WAS BUSY DOIN’ OTHER THINGS!”

Sofia Soy Sauce and Theo Pesto were initially supposed to go home today, but plans changed. They are still being adopted (together, still to the same home), but they’ll be with us a bit longer while their new Mom recovers from surgery.

It is likely, due to the lack of inquiries about them, that Molly Marinara, Alfie Alfredo, Christopher Chutney and Franco Fondue will be going to Petsmart when there’s room for them. If you’re about to suggest that they just stay here until they’re adopted, I’d like to point out that apparently they are NOT going to be adopted from here since there’s been zero interest in them. If they sit here, that prevents us from taking in fosters who need a place to go. Obviously none of us like to think of them being in cages, but the volunteers at Petsmart who clean, feed and love on the cats and kittens in the cat room are top notch and the kittens will be well cared for – and they’ll get more eyes on them. We have been VERY spoiled over the past couple of years with adopted kittens going straight from us to their new home. Unfortunately that isn’t in the cards for Molly, Alfie, Christopher and Franco. 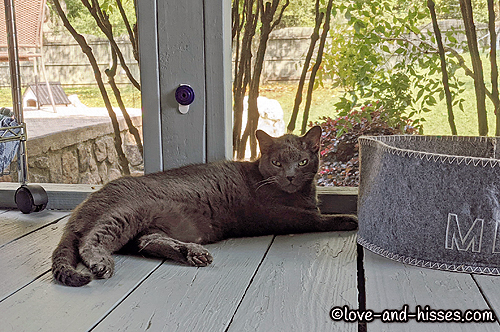 I’m getting QUITE the attitude from Jake and his loons. 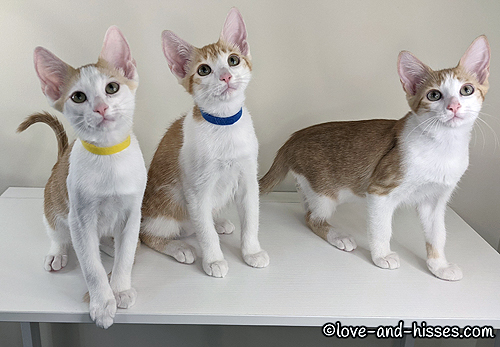 In case you were wondering, these three boys – Christopher Chutney (left), Alfie Alfredo (middle) and Franco Fondue are still available for adoption. They’re 3 1/2 months old, have been neutered and vaccinated, and are ready to GO. All kittens must be adopted into a home with at least one more playful kitty OR be adopted with a brother. We’re located in Huntsville, Alabama and all adopters must come here to pick up their kitten(s) and complete the adoption. All three boys are super sweet, friendly and VERY playful. If one, two, or all three of these boys seem like they might be just the sweethearts you’re looking for, please email Forgotten Felines of Huntsville at info (at) ffhsv.org 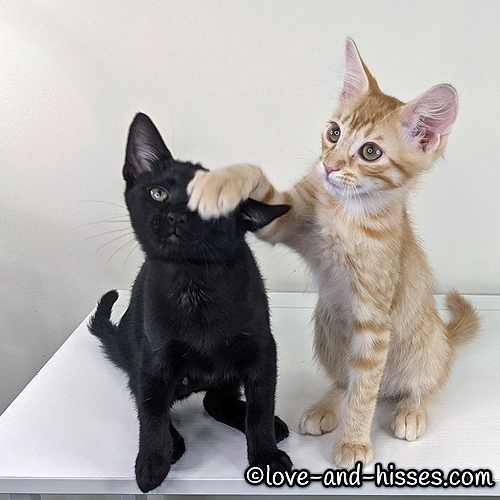 Sofia Soy Sauce and Theo Pesto are going home in a few weeks, and their new family is going to have so much FUN with these two goobers. 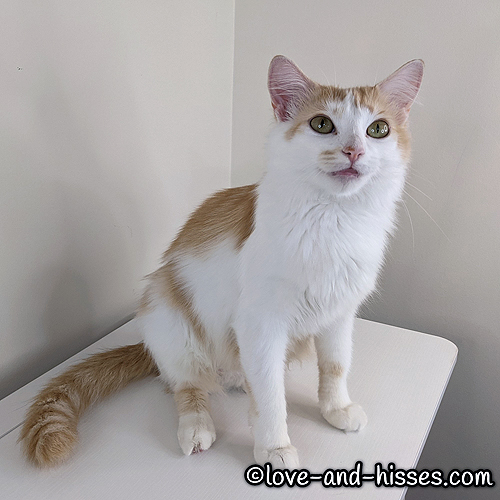 Somehow sweet, playful chill mama Molly Marinara is still available for adoption. She’s a sweet snuggler who plays an amazing game of soccer with table tennis balls, and enjoys being brushed. Email Forgotten Felines of Huntsville at info (at) ffhsv.org to inquire about this sweet girl. 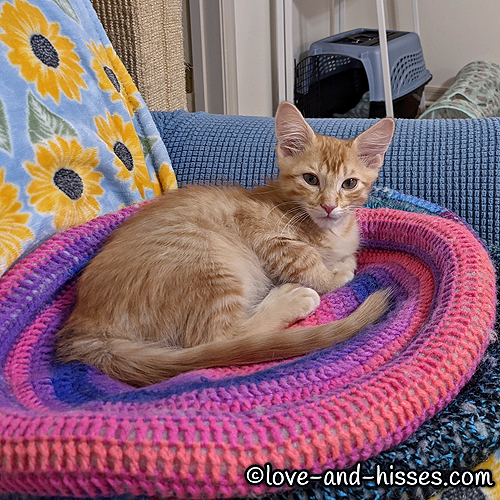 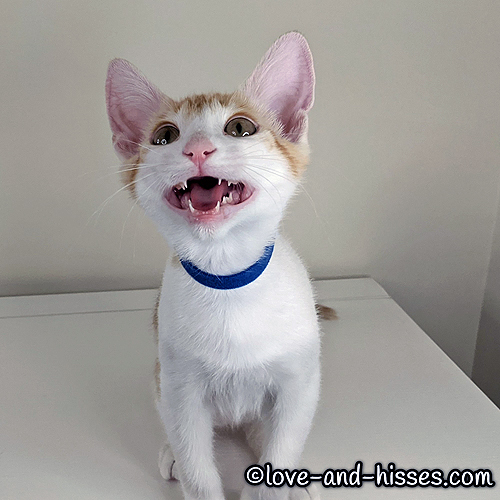 Alfie Alfredo just heard that it’s Caturday and he’s pretty happy about it! 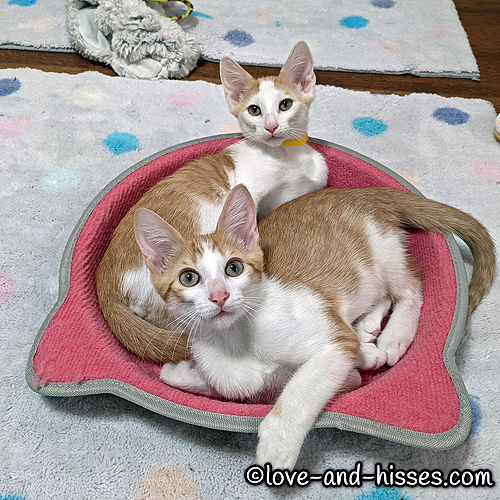 Sofia Soy Sauce is all ears. 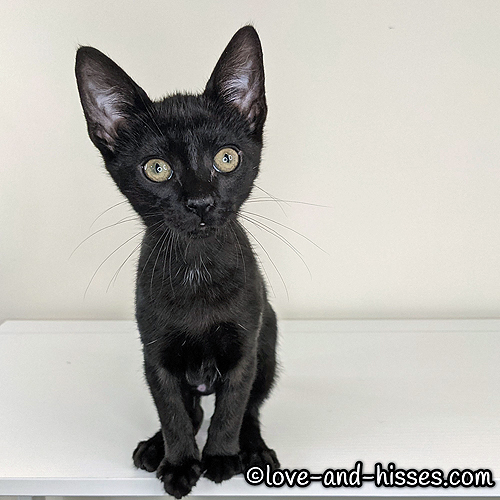 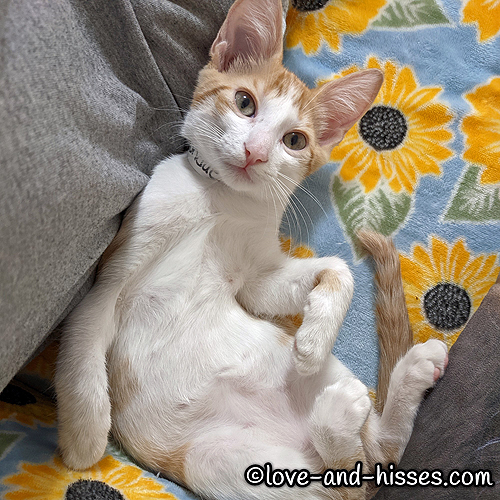 Good night innernets. (Franco Fondue… and the belly is not a trap. Or at least it hasn’t been yet. I know that can change!) 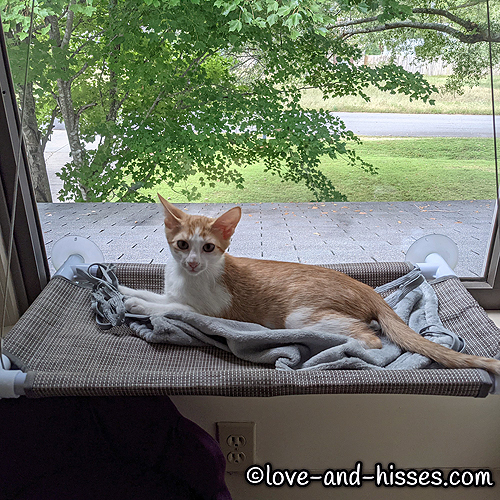 We now have a cat window hammock (there are a zillion options on Amazon) in one window, and Franco Fondue tested it out and declared it acceptable. (My only gripe is that the flannel mat that came with it is easy for the kittens to untie and I’ve found it in the middle of the floor many times. That’s not a big problem, though, all I did was remove the flannel mat and the kittens don’t care if it’s there one way or the other.) 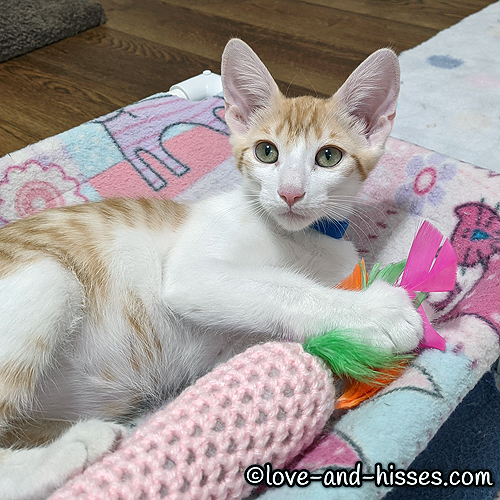 Just an Alfie Alfredo… in a ham-mick*… snuggling with a feathery pink kick toy… doing his thing. ❤️⁠
…⁠
We get our ham-micks from Forty Paws Hammicks. 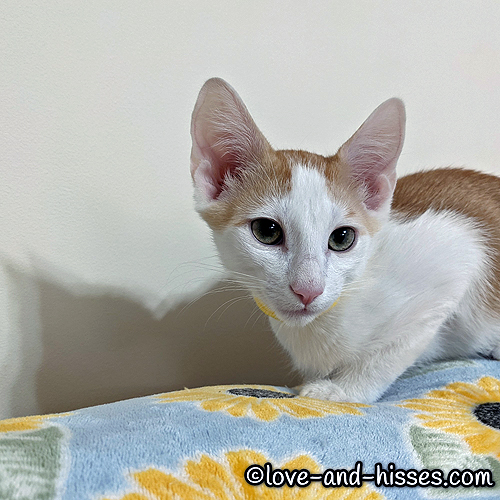 Christopher Chutney’s keeping an eye on me. 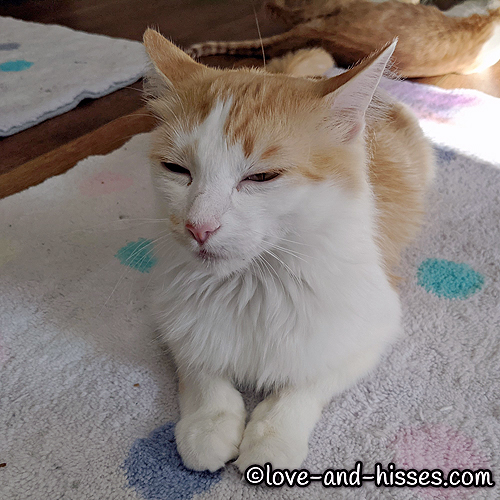