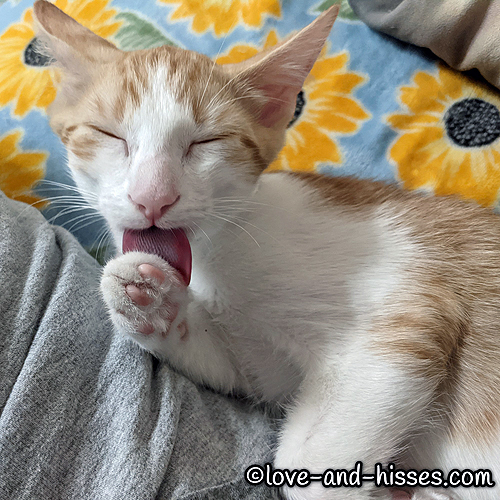 Franco Fondue’s getting an early start to #Thlurrrpsday. Please admire his form. 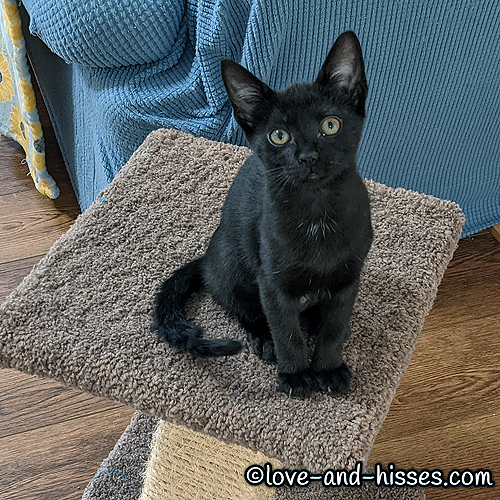 Sofia Soy Sauce is such a cute little poser.

YouTube link
As it turns out, mama Molly Marinara is quite the playful girl! 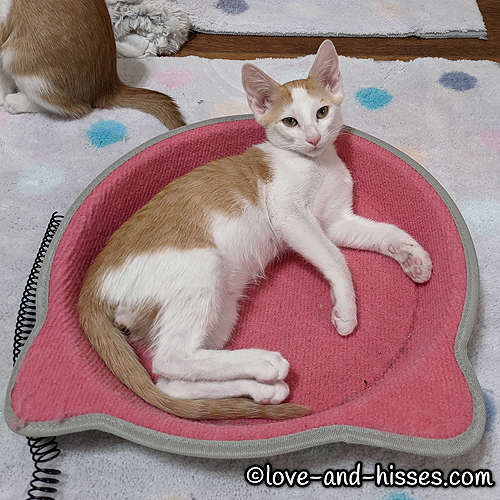