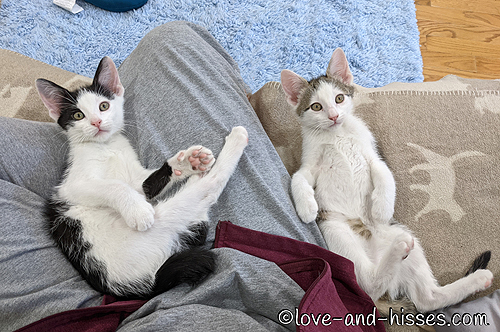 The bellies of the beasts. (Slapjack in my lap, Fizzbin next to me.) 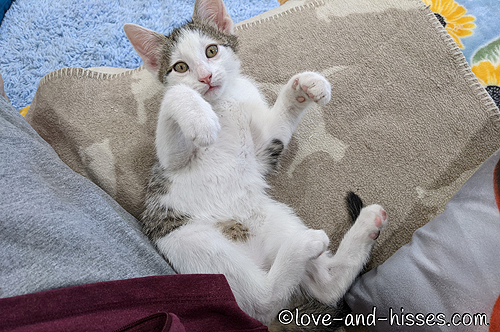 Someone (I don’t remember who) said that the tabby patch on Fizzbin’s belly looks like a chocolate chip cookie, and it SO does. It’s like she’s carrying an emergency snack with her wherever she goes. 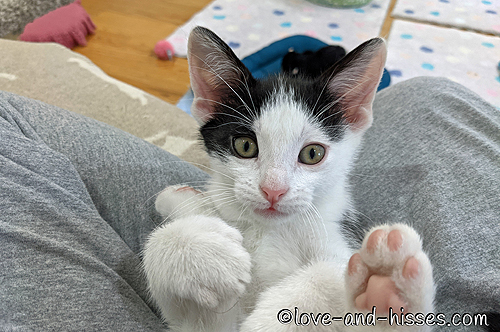 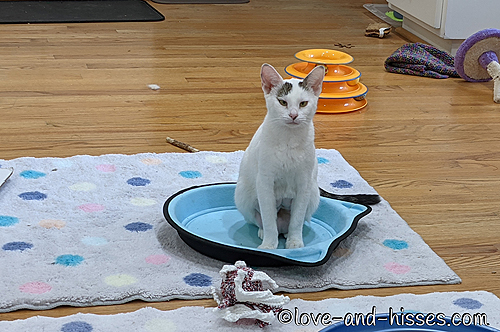 A little bit of judgement from the Canasta pie. 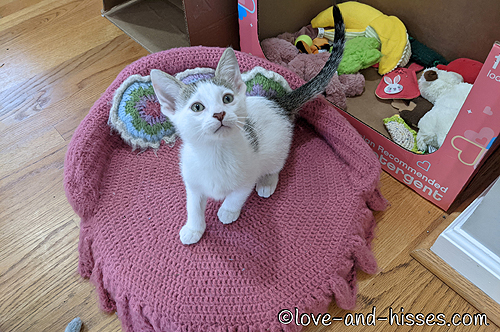 Whist on the Fancy Sofa. 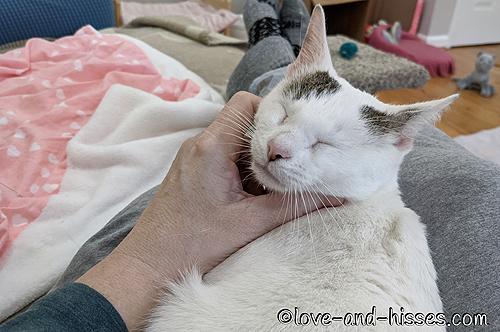 Canasta the lap cat. Oh, that girl is a snuggler. 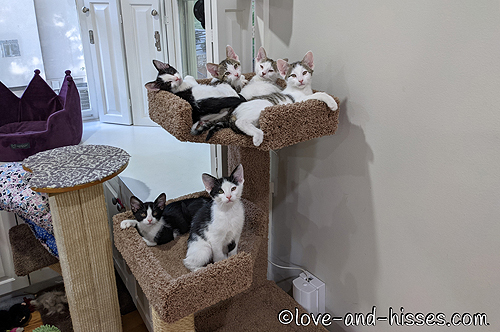 All 6 kittens on the cat tree! 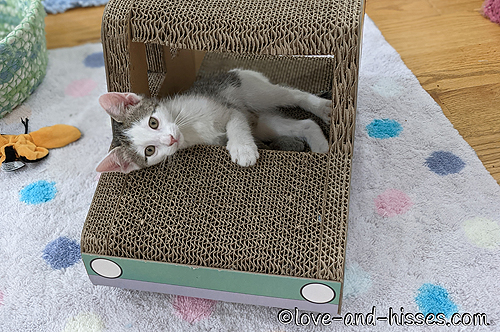 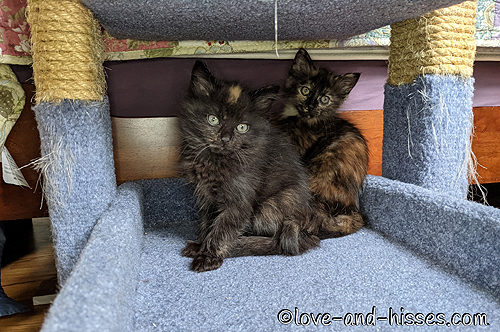 I went in to see what Hensley and Julie were doing, and couldn’t find them. I had just about decided they’d climbed up in the recliner when I spotted them on the bottom shelf of this scratcher/cat tree looking at me like I was crazy. 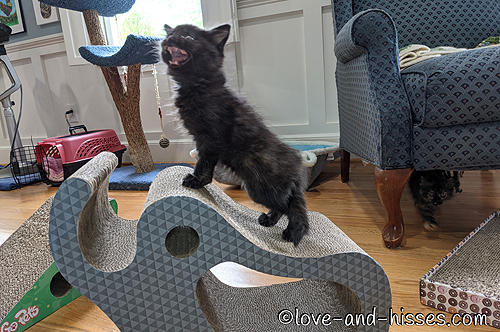 Hensley roaring like the mighty beast she is, having conquered that scratcher. 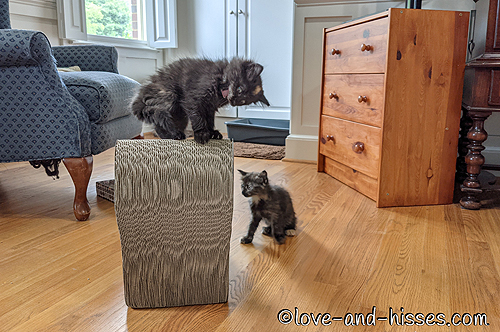 Then a little bath, while Julie considers her next move.

As I suspected would happen, there were a lot more middle of the night hijinks in my room, now that Hensley and Julie are more comfortable with their surroundings. They are especially fond of climbing up on the bed on one side, RACING at full speed to the other side of the bed, and then racing down the scratcher to the floor. Repeat. Repeat. Repeat. Luckily, at 1 1/2 pounds they’re so light that I barely felt them, and after they’d done it 100 times, I was able to sleep through it. 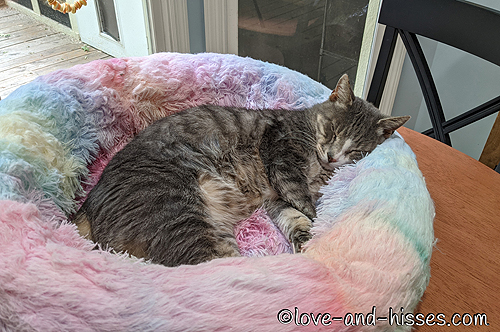