For those of you not on Instagram, here are a few shots of Canasta, and one of her sister Oli. 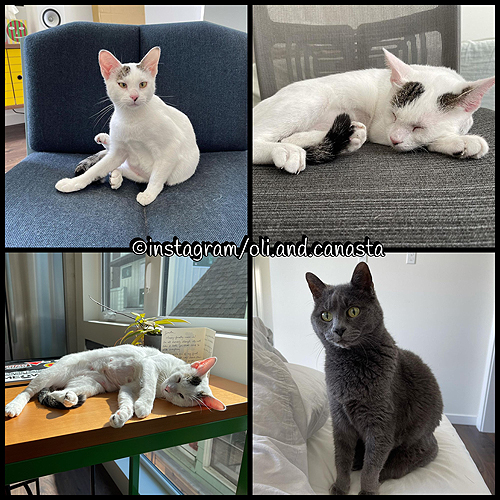 Things are going well, Canasta has REALLY made herself at home (a visit from Jimmy’s friends last week led to her spending a few hours getting a lot of attention and she was in her GLORY) and she and Oli are coexisting. She’s such a confident girl that I had no doubt she’d be comfortable fast – and I’m very glad to be right!

If you are on Instagram and missed that Canasta is too, you can see her here. 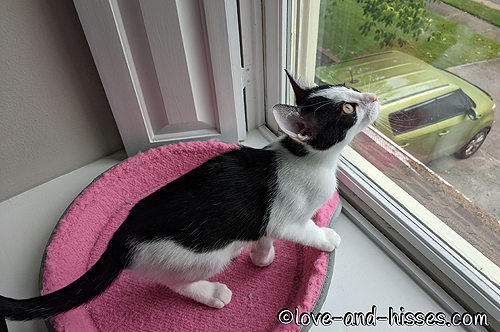 There was a bug flittering around outside the window and it certainly caught Uno’s attention. 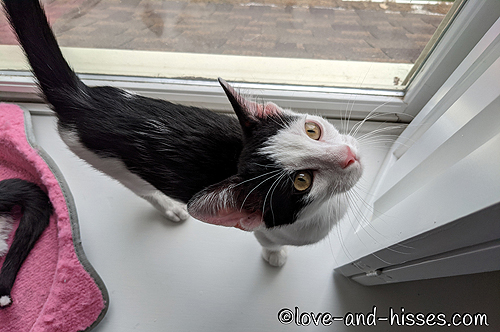 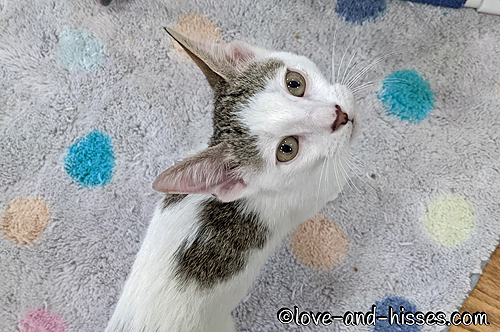 Whist is all “Watchin’ you, lady.” 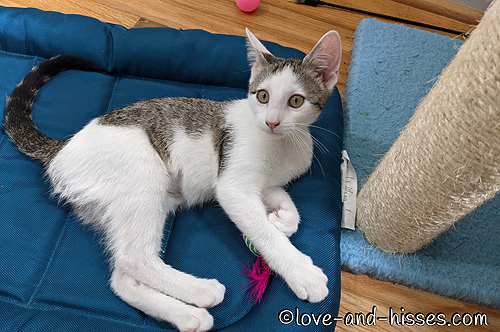 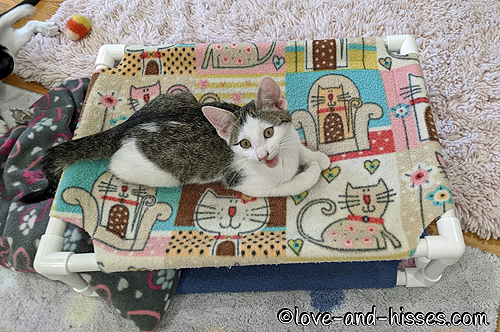 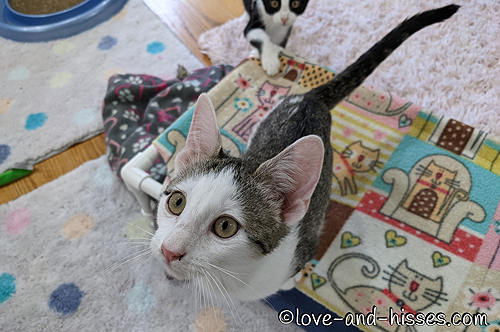 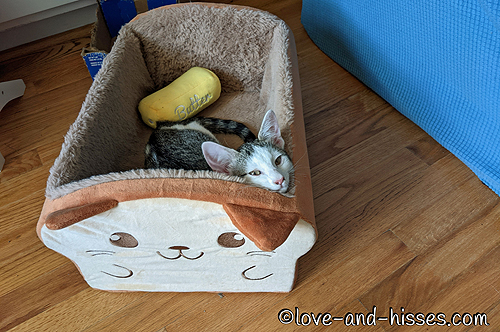 Taking a snooze in the Toastycat bed. 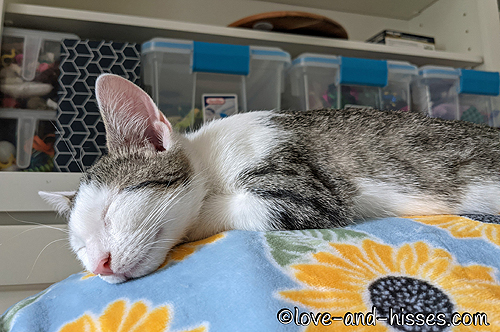 And on the back of the couch. 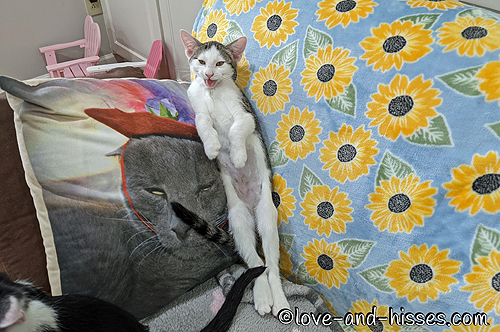 She woke up, stretched, and slid down the couch, landed like this, and then just stayed there. 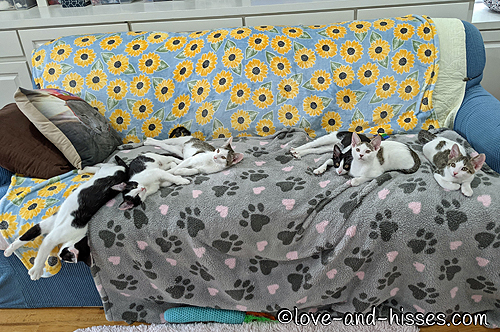 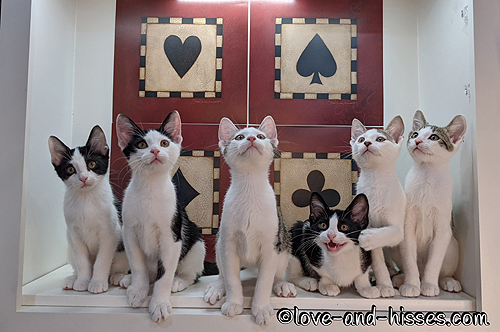 Rummy’s face is killing me in this picture.

These kittens are 13 weeks old today, and I know I say it every week, but it’s true: it goes so FAST! 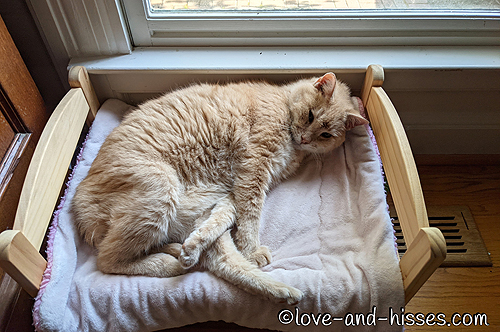