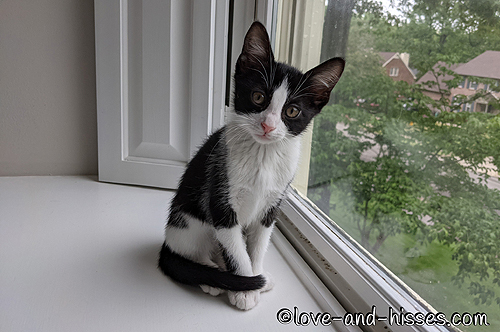 Rummy’s all “What doin’, weird lady?” 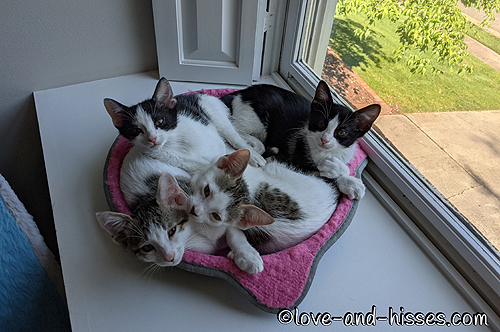 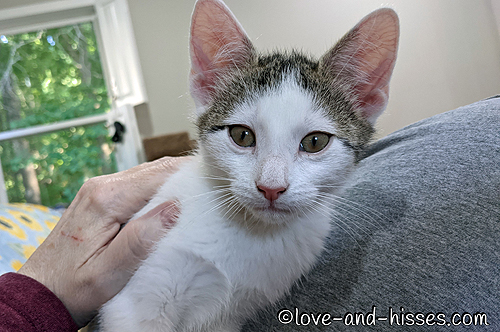 Fizzbin gets a snuggle. 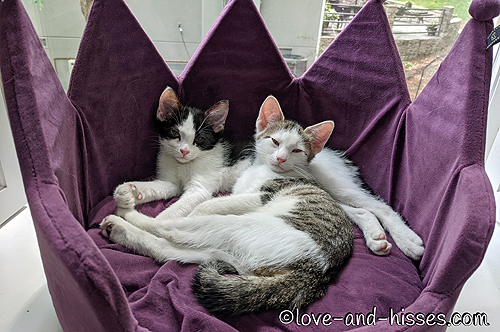 Uno and Fizzbin, with attitude. 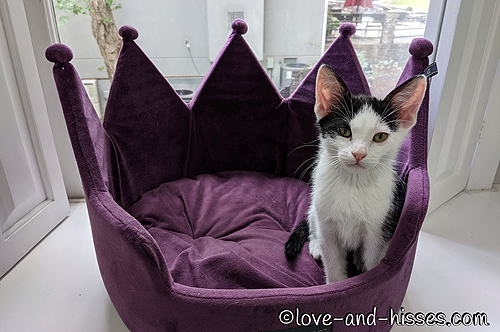 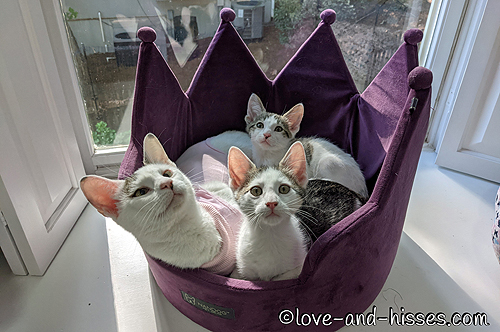 Canasta, Fizzbin and Pinochle take over the crown. 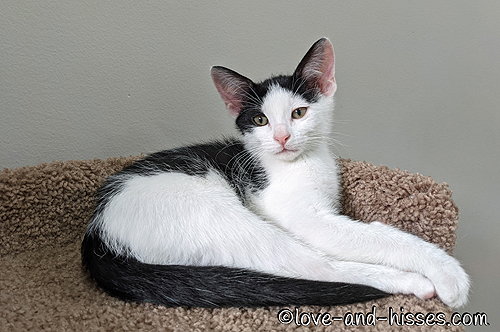 Slapjack absconded to the cat tree. 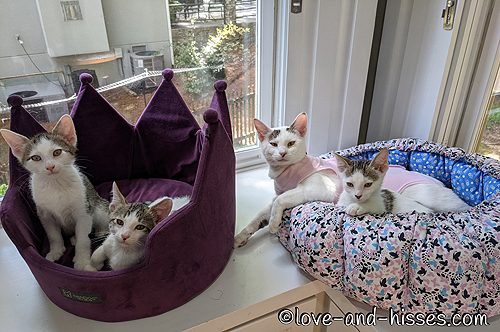 And a little later Canasta moved to the puffy bed and was joined by Whist. 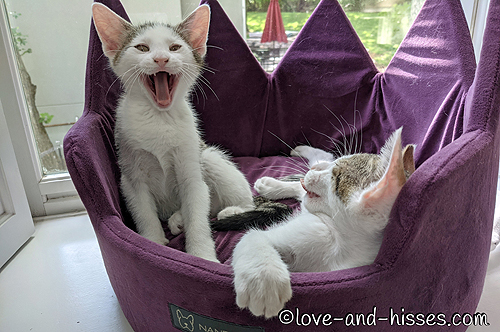 Fizzbin couldn’t possibly be more pleased with herself. 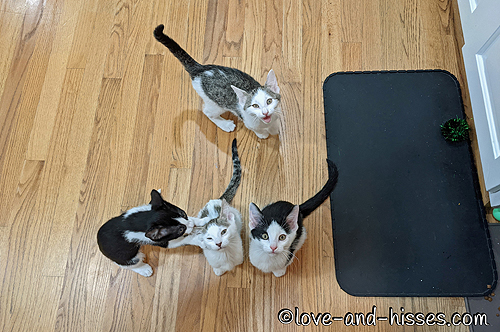 It’s gotten to the point now where if I stand at the built-in desk doing anything at all, the kittens think food is coming, and they gather around and howl at me. (In this case, I was standing there folding laundry.) 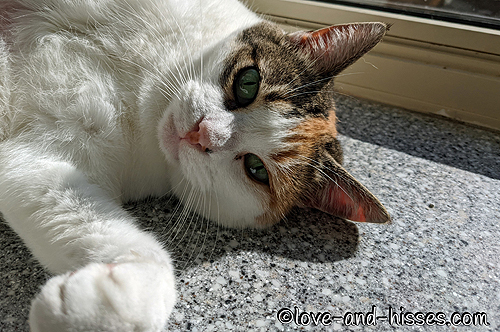 Alice Mo has herself the PRETTIEST eyes, doesn’t she? Gorgeous!