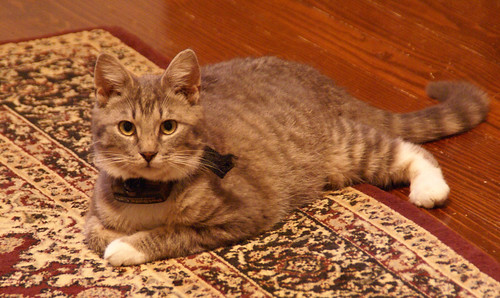 A last shot of Rufus.

Rufus was fine on the drive to Petsmart the other day. I had a bit of a struggle getting him into the carrier (he fought me and got away, but all I had to do to recapture him was call to him, and he flopped right over on his side to be petted. Didn’t I feel evil, snatching him up to put him in the carrier!) He settled right down in the carrier and didn’t make a peep on the ride to Petsmart.

He was a little scared when I let him out of the carrier into the kitten room, and ran off to hide while I got his cage ready. I put some of his favorite toys in the cage, and then snuggled with him for a long while before I put him in the cage and left.

He, of course, because he wanted to break my heart, went right into the litter box to hide. They always do that at first – in fact, I don’t think Reacher ever came out of the litter box during his stay at Petsmart. Usually, though, it only takes a day or so before they adjust to their surroundings.

Adoption hours weren’t held Tuesday night because the power at Petsmart went out. I’m hoping that by the time adoption hours take place on Friday, he’ll be more relaxed. 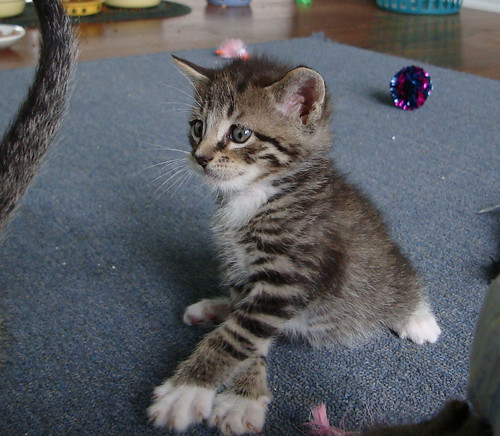 Cillian swipes! He misses! (And that’s an odd angle, so it looks like he has long ape arms.) 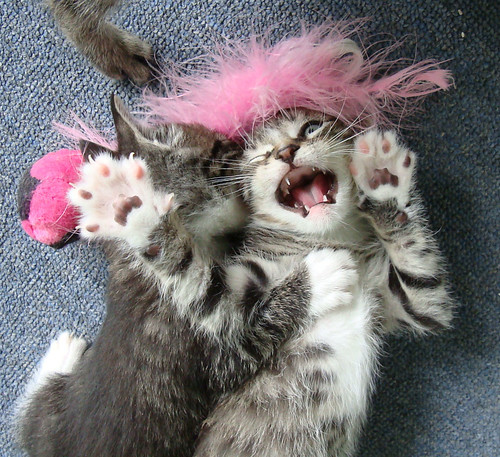 Practicing the song and dance for the big show! 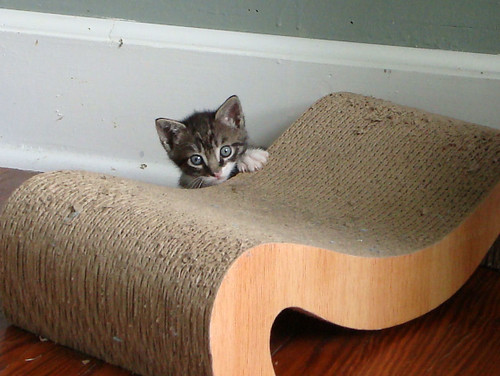 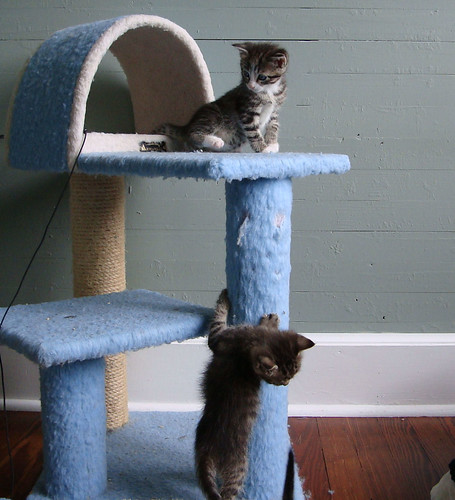 They sure do like this little cat tree. It makes me want to get a big one for them. 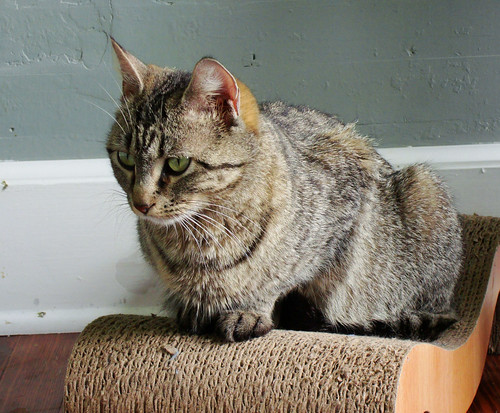 Maggie gets a moment to herself so she can relax. But only a moment… 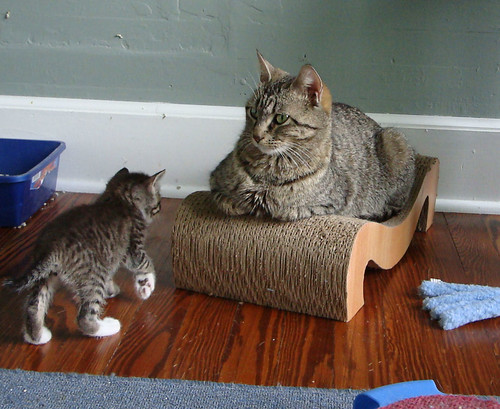 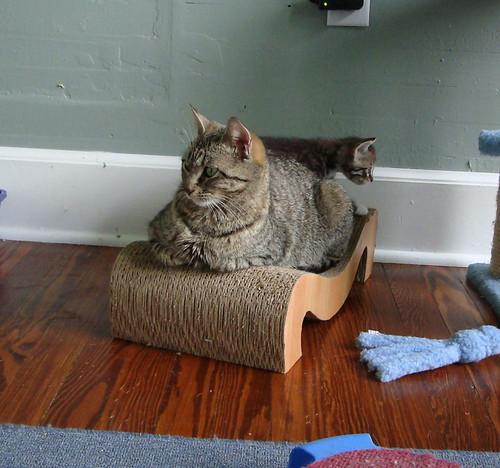 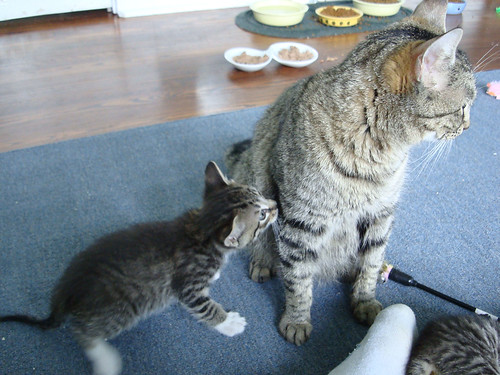 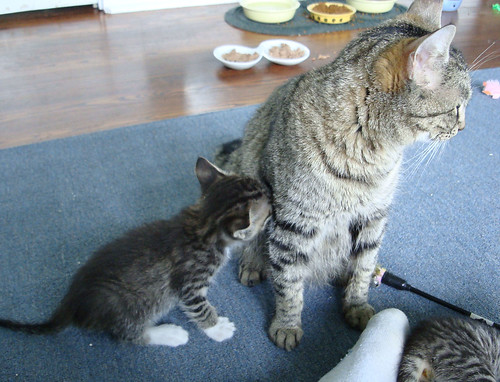 “Mama, your armpit smells good. You’re so pretty! I love you.” 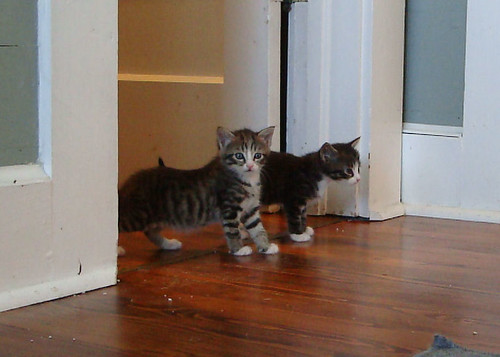 A loud car went by on the road outside, sending all the kittens running to the safety of the closet. Finnegan and Ciara were in charge of checking stuff out to make sure it was safe for everyone else to come out. 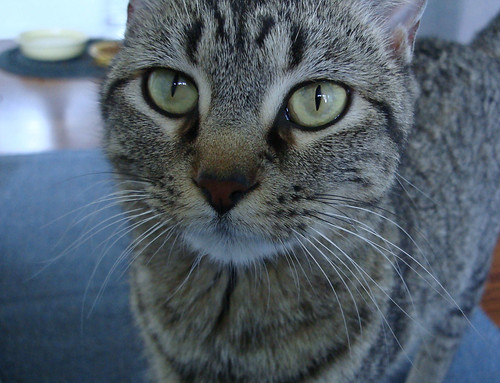 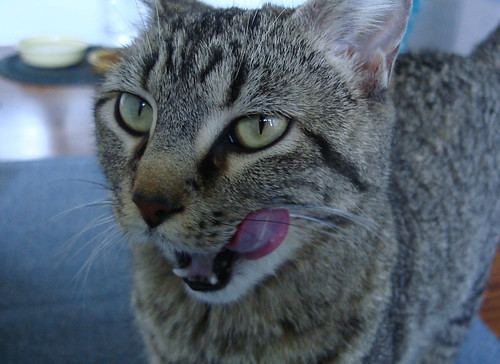 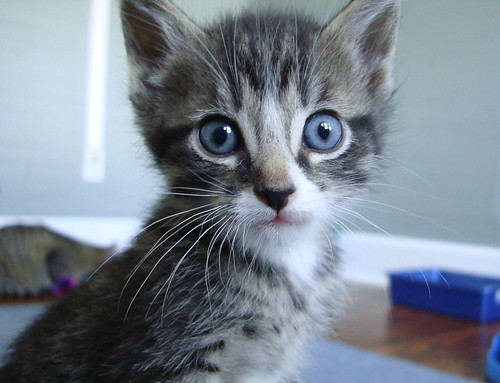 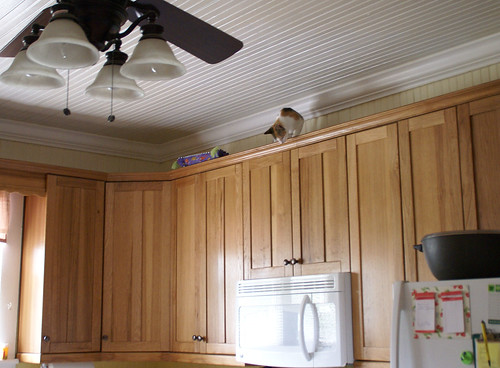 No, Alice, it’s okay. Go right ahead and hang over the side like you’re going to jump to the floor from there. You won’t give me a heart attack or anything.