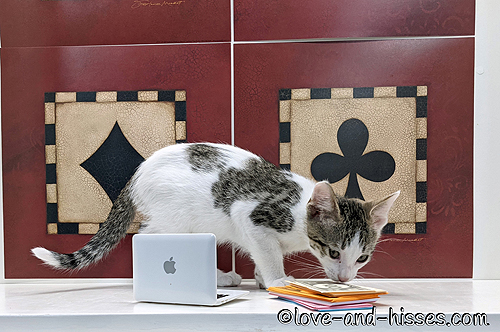 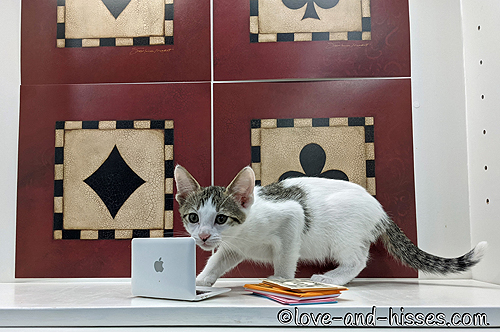 And gets to bidding!

You should do the same – the Forgotten Felines of Huntsville auction is now going on over at Facebook, check it out! 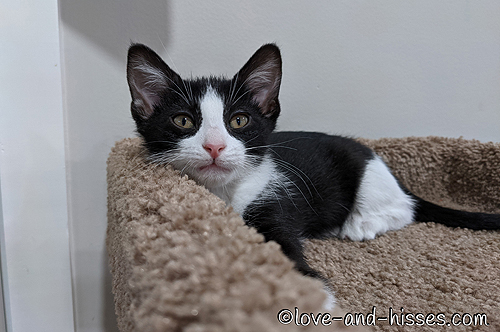 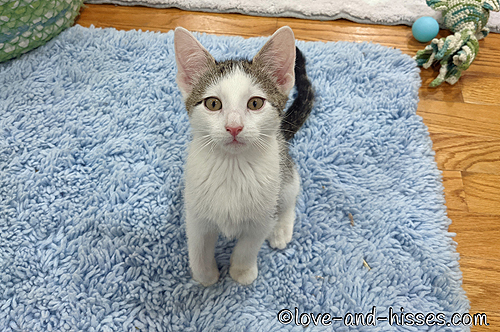 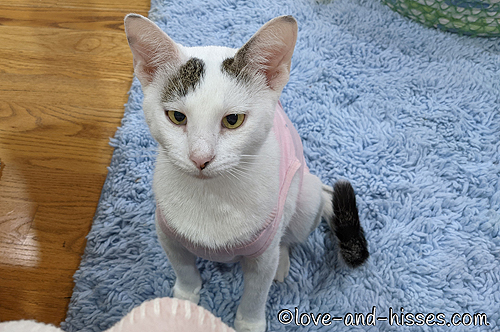 Canasta was staring at Fred, waiting for him to pet her. 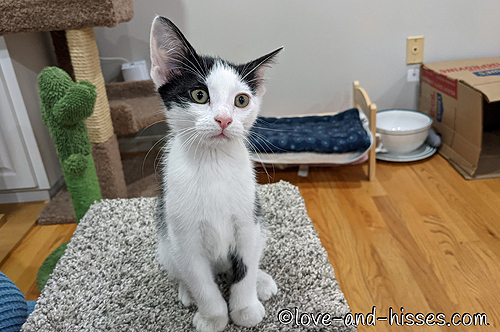 Slapjack has a sudden concern that he might have missed breakfast (he didn’t.) 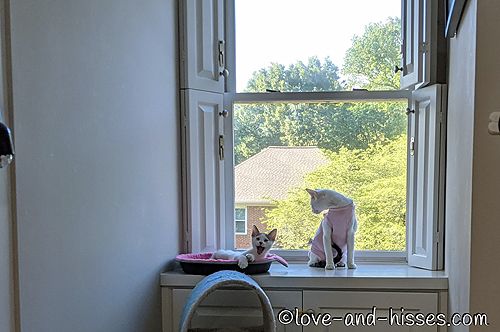 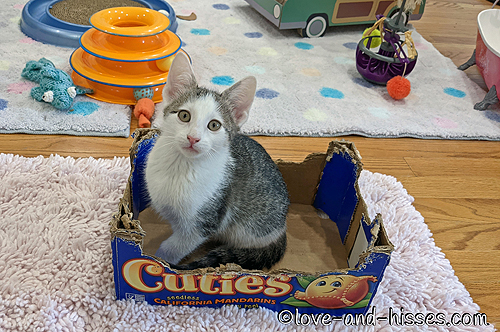 Box label is inaccurate; only contains a single Cutie at this time. 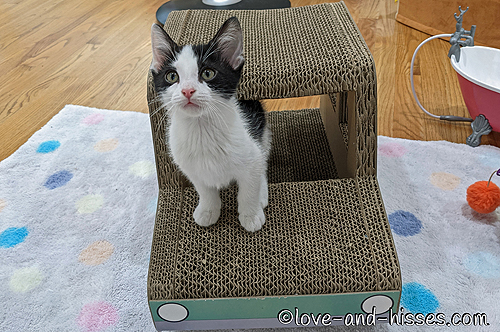 Uno’s ready to take this show on the road. 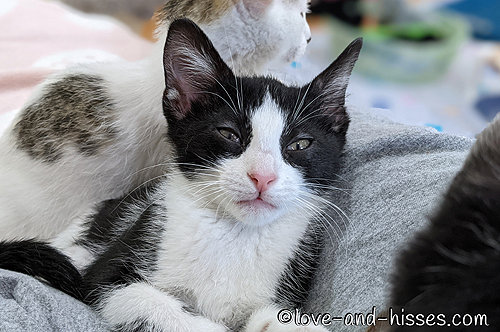 Rummy has a sleepy. Also, Rummy appears to be developing a freckle on her right nostril! (I’ll try to get a closeup picture of it.) 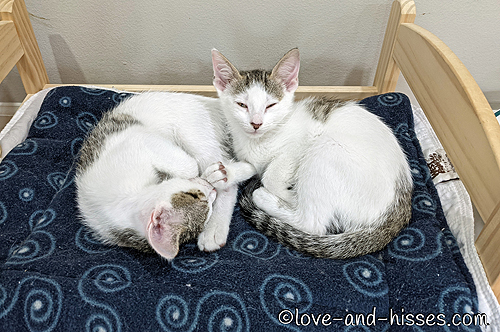 Pinochle and Whist have a snooze. 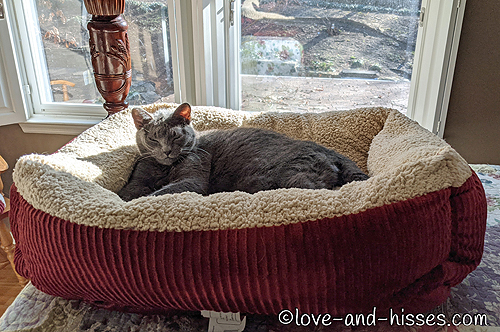 Jake has a smug.