The kittens are doing fine. I mentioned on Friday that Phinneas and Caleb were going back to the pet store, since they weren’t the ones having litterbox issues. When I got to the pet store, I saw a note on the cage they’d been in, one I’d managed to miss the night before, saying that Phinneas had been having litterbox issues and vomiting. Since he was perfectly okay after I picked him up, I’m going to guess that he ate something that didn’t agree with him. I emailed the shelter manager and told her that I hadn’t seen the note the night before, but as far as I could tell, Phinneas and Caleb were perfectly fine, but if they started having issues again, to let me know and I’d go back and pick them up.

Not only did they not have issues – they both got adopted over the weekend! Yay!

Yesterday I was shown without a shadow of a doubt that one of the buff tabbies (I think it’s Elijah, but honest to god I can’t really tell the two of them apart anymore) is A-OK in the litterbox, so I grabbed him up and marked his ear so I’d know that he was the one who was okay. The other buff tabby is NOT A-OK in the litterbox, and for that matter, Beulah and Bessie managed to develop litterbox issues, too, so the bunch of them are on something that will hopefully solidify things.

Since the one buff tabby’s okay, he’ll be going back to the pet store tomorrow morning.

Actually, Beulah wasn’t feeling well at all Saturday morning. I found a puddle of vomit upstairs and reported it to Fred. We assumed that it was Spanky‘s work (the boy has issues), but a little while later Fred told me that Beulah was vomiting. She vomited again, drank some water, and vomited that up. We kept an eye on her, but she didn’t seem to be in distress, just didn’t feel well, slept the day away, and by early evening was back to eating and playing like normal.

Oh, kittehs. How you make us worry! 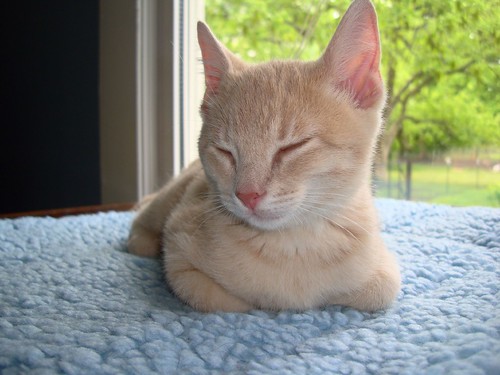 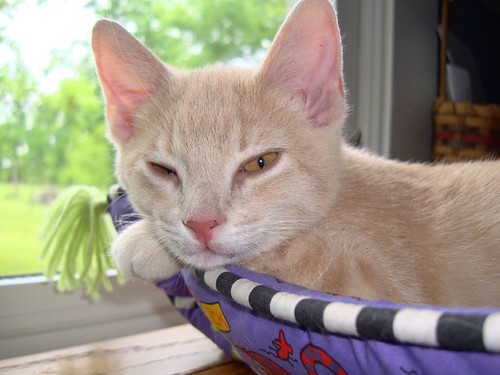 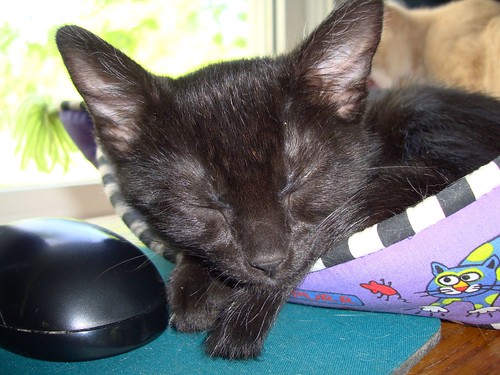 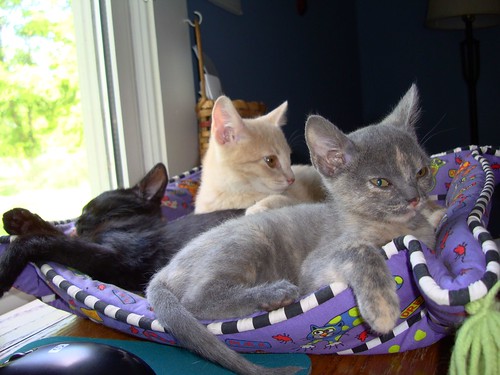 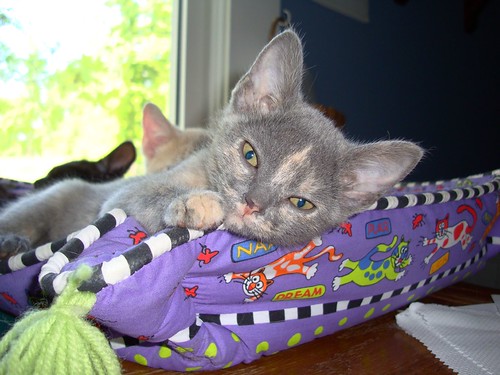