In case you missed it, Canasta was adopted yesterday and headed home… to SEATTLE! Yes, her adopter flew down here from Seattle to adopt her and flew back home with her (she was in the cabin, NOT the cargo hold). I guarantee y’all that that girl is going to be spoiled rotten. And she’s now on Instagram, at oli.and.canasta! 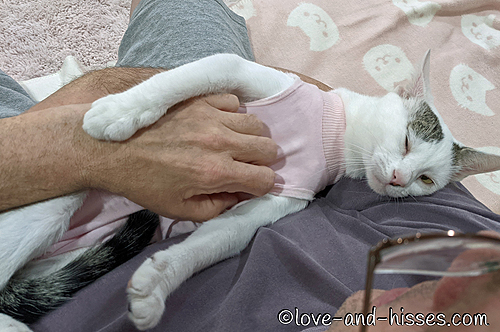 “Make sure you tell him that she likes to be held like a baby and have her belly rubbed,” Fred instructed me. 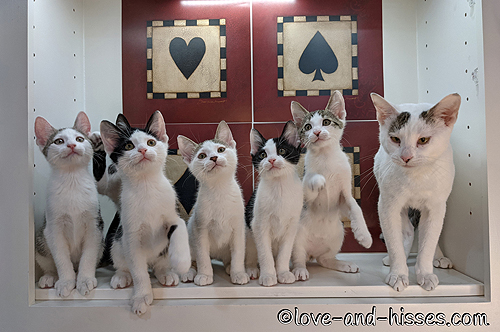 Canasta was thrilled to sit for a last family portrait. 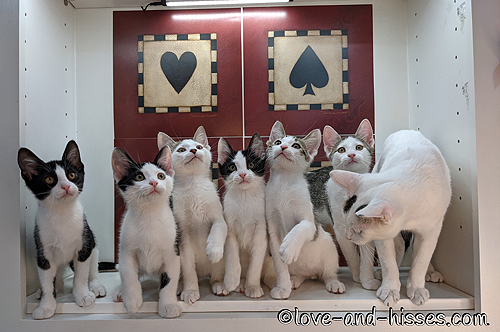 Checking for an escape route. 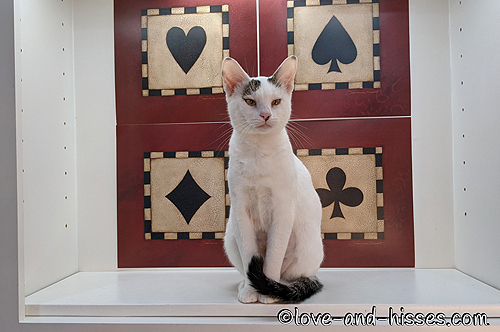 She was happy to pose by herself, though. 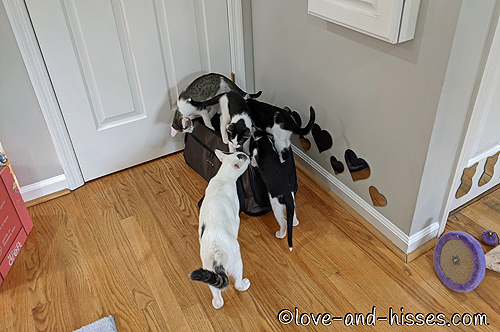 “Y’all get away from there!” she told her kittens, who were fascinated by the carrier. “That’s MINE!”

The kittens are dealing with her absence fine, as kittens usually do.

Today we’ll be packing auction items for shipping and I’m going to be super busy, so I am giving myself a day off from blogging. There’ll be no post tomorrow, but I’ll be back Thursday as usual. 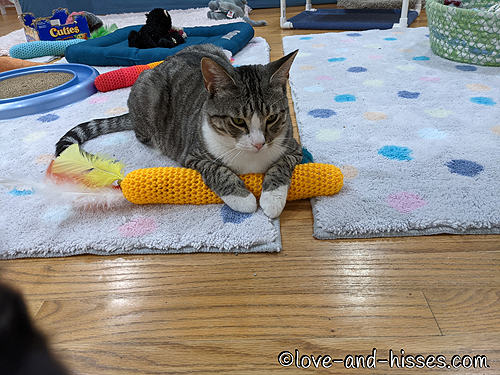 Charlie has a think.