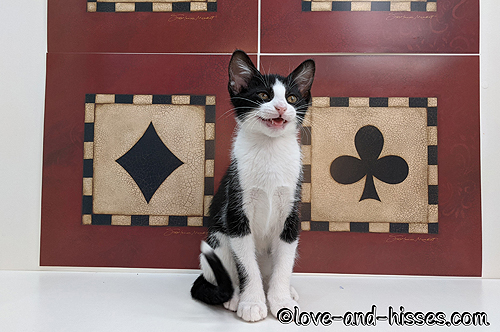 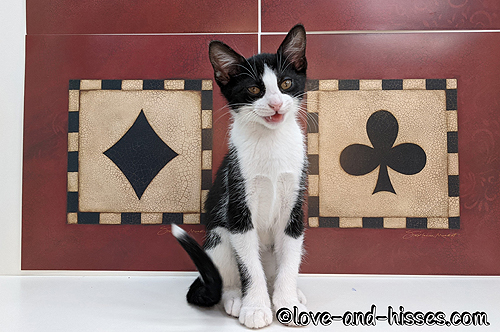 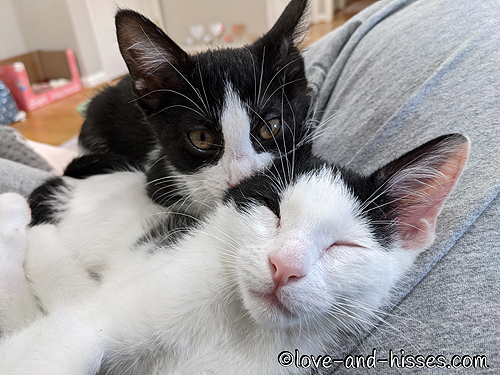 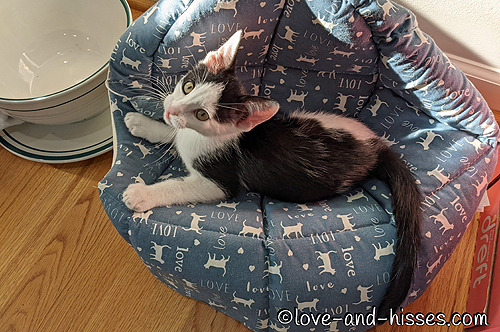 A little attitude from Slapjack. 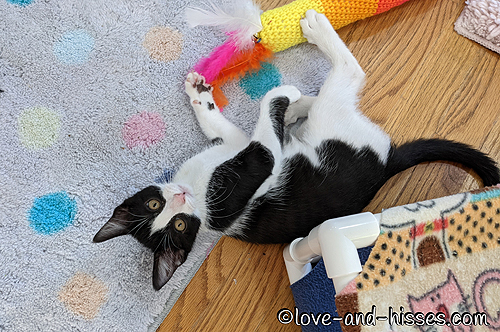 And a little attitude from Rummy. 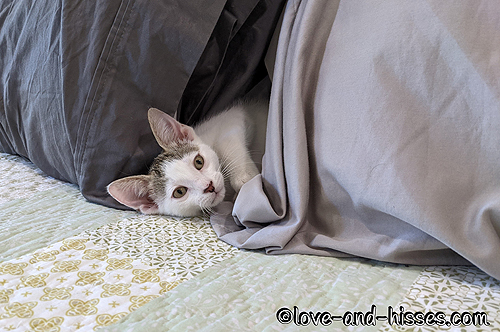 Whist likes to snooze between the pillows. 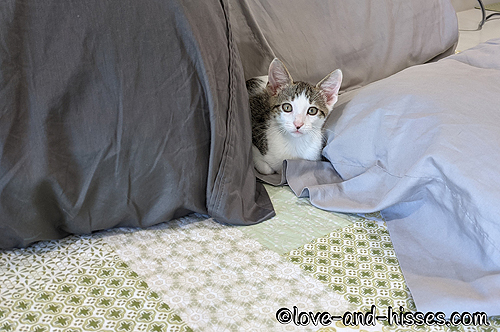 And so does Pinochle. 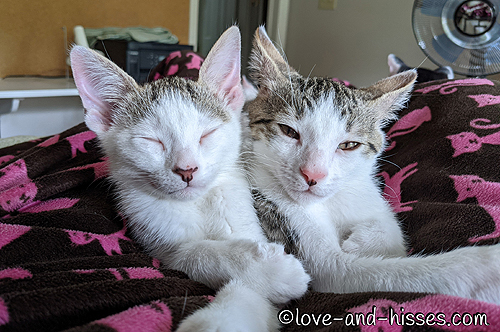 Nap time with Whist and Pinochle. 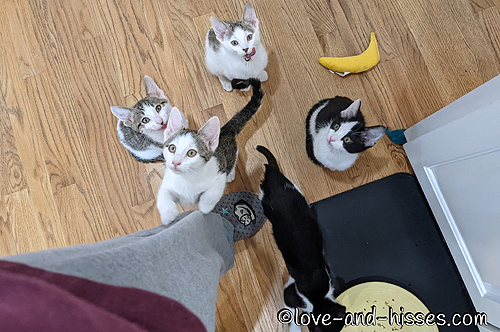 “Lady, lady, hey lady, you gots any more of that probiotic? I could use another shot!” 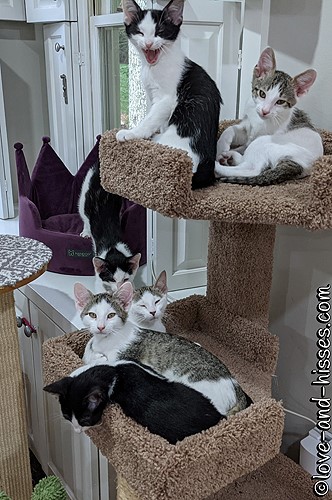 In case you were worried, the kittens don’t really seem to be missing Canasta. They’re a bit puzzled, like they know something is different and aren’t sure what, but they’re pretty much acting like they always did. They’re maybe a little more vocal, as though Canasta was doing all their talking before now, but otherwise they’re the same.

PS: In case you missed it on social media yesterday, we are adoption pending on Uno, Pinochle and Whist (TOGETHER.) This means that all the kittens are spoken for, and once they’re spayed and neutered next week, they’ll start heading off to their new homes. Not all at once, though, they’ll head off slowly. 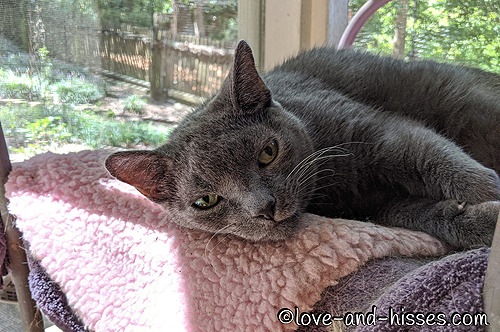