Yesterday was the eight year anniversary of the day I brought my very first litter of fosters home! That was Mia and her five kittens. This picture of Mia and her babies is still one of my favorites. In the 8 years since, we’ve had 214 fosters (the number would be higher, but we took almost a year off of fostering after we adopted Tommy and Sugarbutt, and also we used to only foster one litter at a time.) Of that 214, 115 were males and 99 females. I’d tell you how many black cats, brown tabbies, etc, we had, but I didn’t keep track of that information, and I don’t see me going back and figuring it out.

I can only imagine what our total number of fosters will be in another 8 years!

I didn’t realize this ’til I was in the process of uploading the pictures, but the Royals section of today’s post is mostly Leia. It’s hard to stop taking pictures of that floofy little girl. 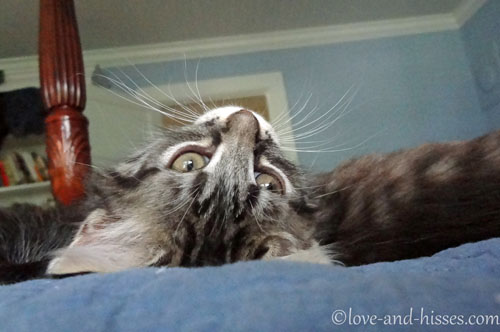 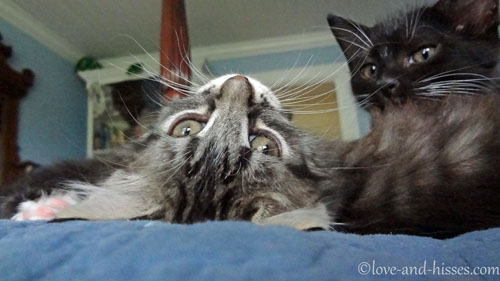 Upside-down Leia and a dash of Buttercup. 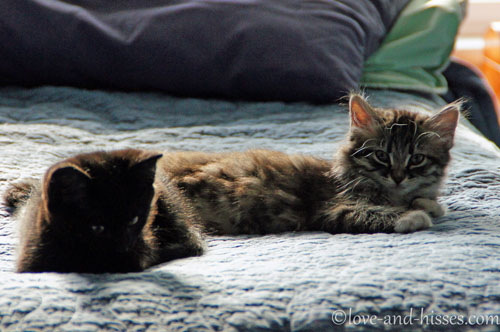 Jareth and Leia. The Royals are really enjoying Fred’s bed. They run into his room in the morning after their snack, climb up on the bed, look out the window, knock his pillows over, race around the room, and eventually end up in a pile on his bed. 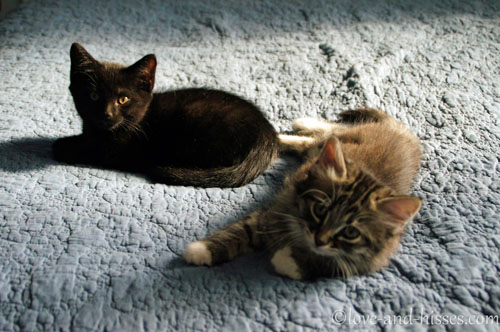 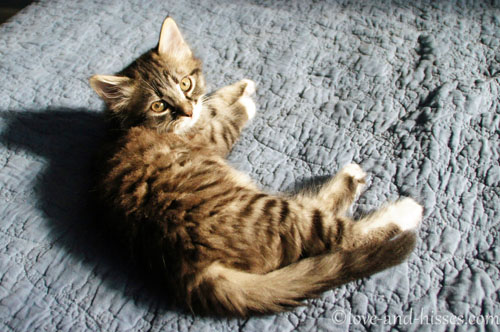 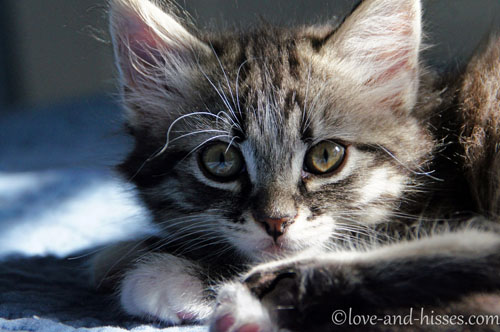 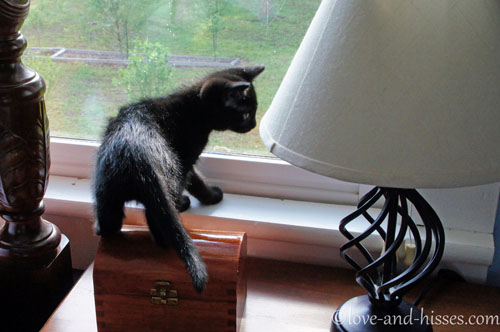 Jareth, checking out the view. 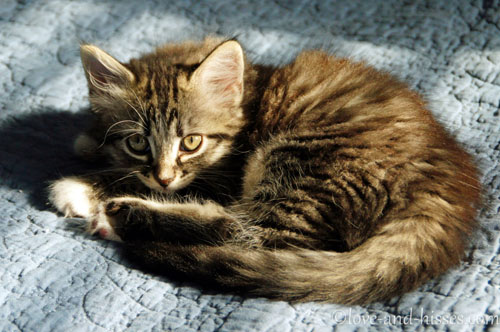 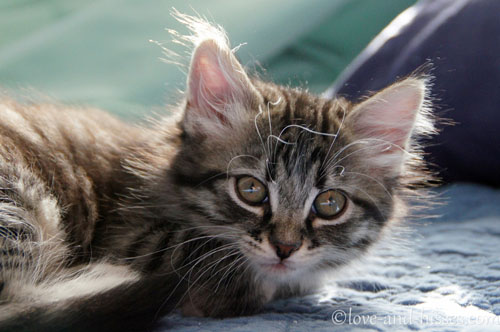 Seriously. Check OUT that ear floof! 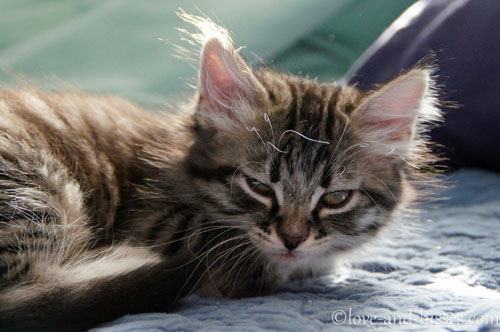 “I find you very annoying, lady.”

On Saturday I was napping on the couch – which is what Saturdays were created for – and Fred woke me up by putting Jareth on me. Jareth looked around, wide-eyed, and I told Fred to go ahead and remove the barrier across the hallway so that the kittens could have access to the rest of the house.

It was a surprisingly calm event. The kittens all came downstairs and looked around and checked everything out. Jake got to sniff kitten butts – his favorite thing to do, ever – and there was little hissing. They came down from time to time yesterday, but spent the majority of their time upstairs. It always takes several days before they start spending a lot of time downstairs. (We put them in the foster room and close the door at night.)

I really liked seeing that their tails were straight up in the air as they wandered around the bottom floor on Saturday. They were curious and confident rather than being scared. There was, of course, some floofing, but all in all it went well! 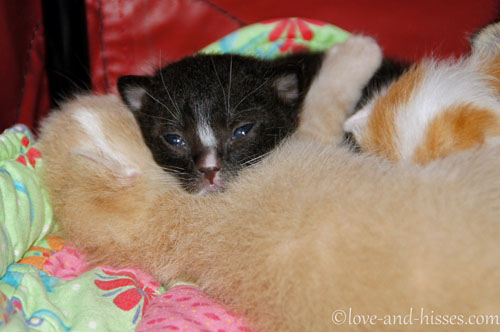 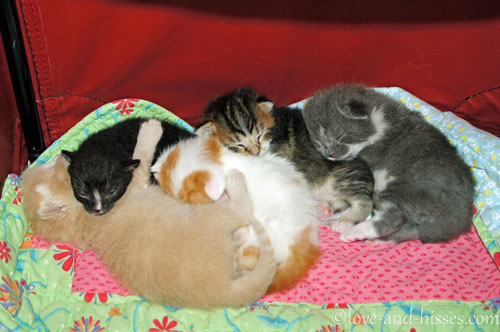 The other Dragons all have such big, round heads and Norbert’s a tiny peanut of a thing. Mama’s going to have some ‘splainin’ to do when Norbert gets older and notices the difference. 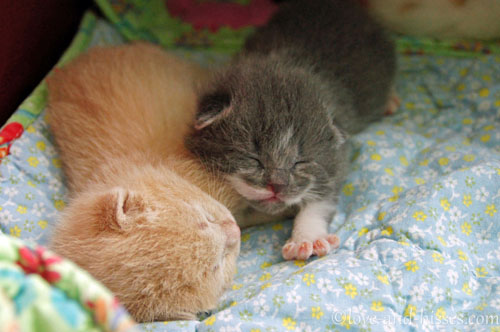 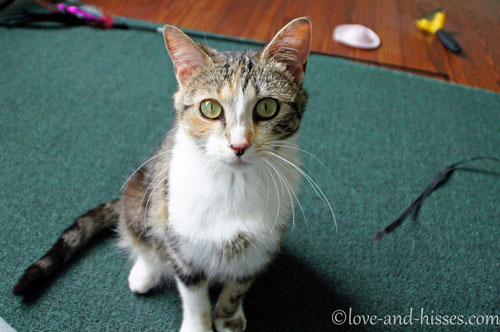 “AM WATCHING YOU, LADY.” 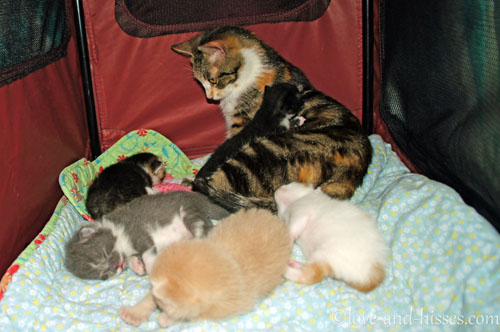 Every now and then, Khaleesi sits there, looking a bit baffled. “How did this happen to me?” she wonders. “I was on fast track for partnership, I was GOING places, I was going to make SIX FIGURES by the time I was two, and now I’m spending my days licking kitten butts and hoping the lady will bring me another snack.” 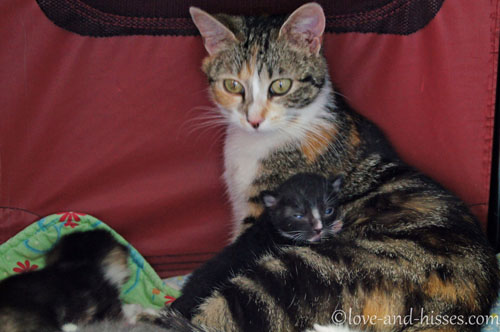 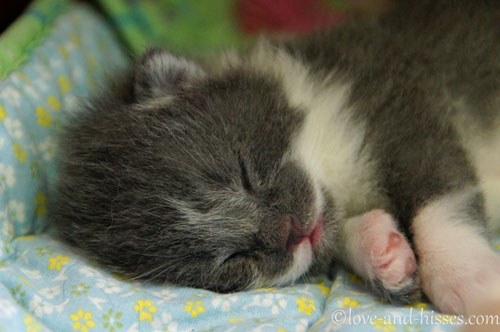 The toes, the nose, the little pink lips, oh that Puff. 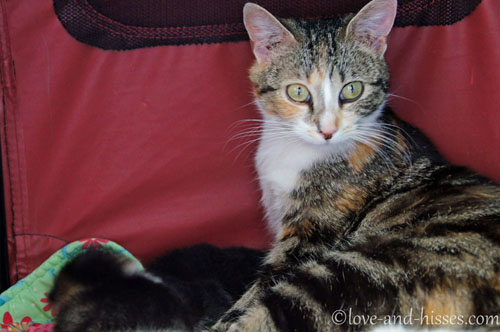 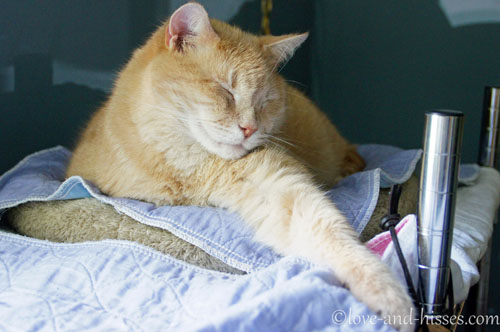