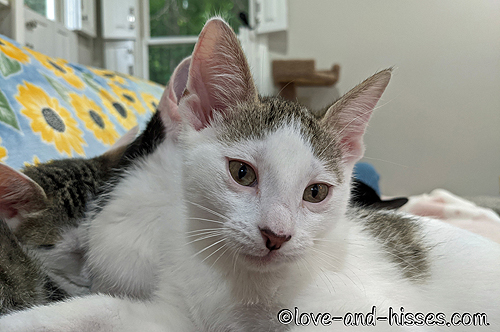 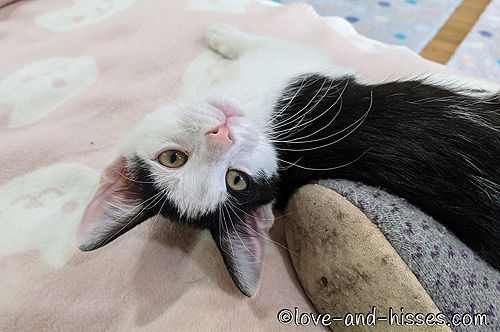 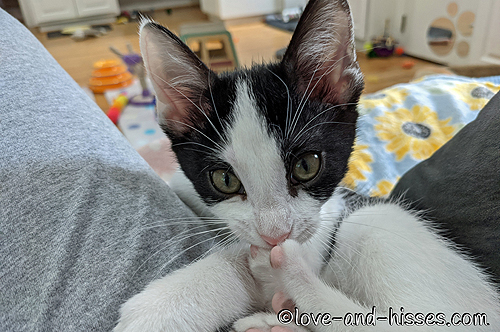 Uno loves the smell of toebeans in the morning. 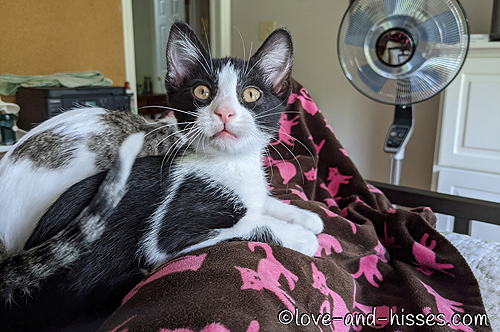 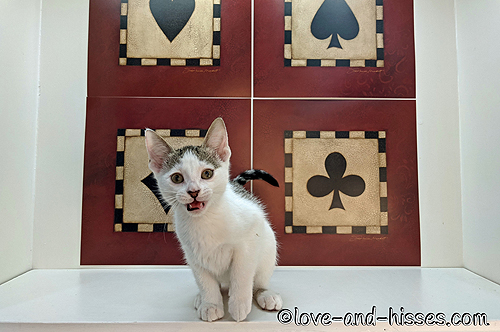 Whist has an opinion, always. 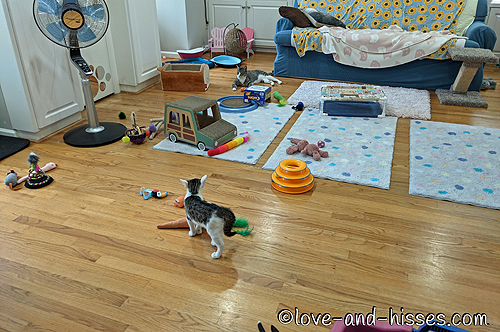 Fizzbin spotted Uncle Charlie and put on her floof suit for the occasion. (The kittens have mostly stopped reacting to Charlie’s presence and are used to him, but every once in a while they floof up at him. As you can imagine, he’s not very impressed.) 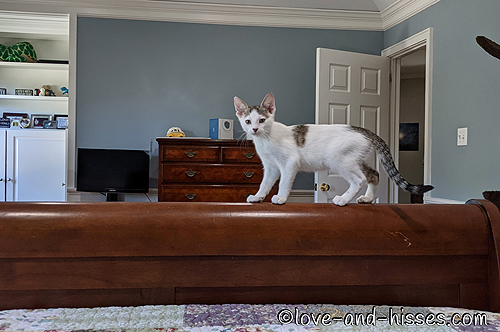 Whist is getting pretty good at balancing on the footboard. 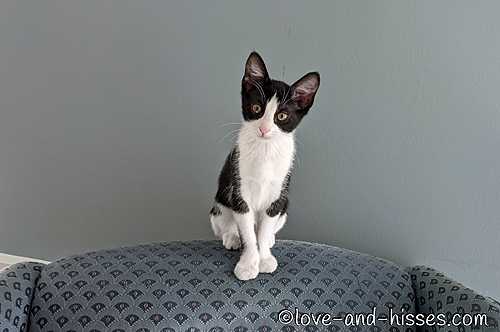 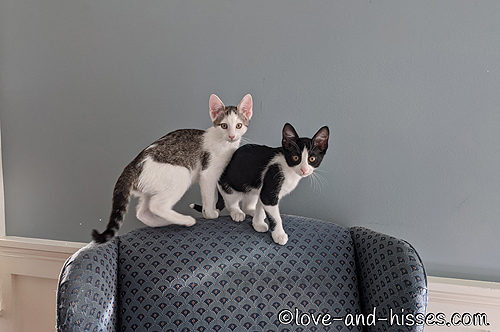 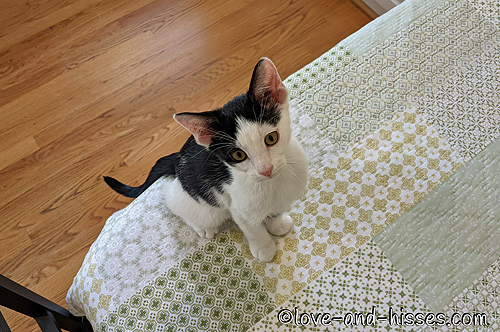 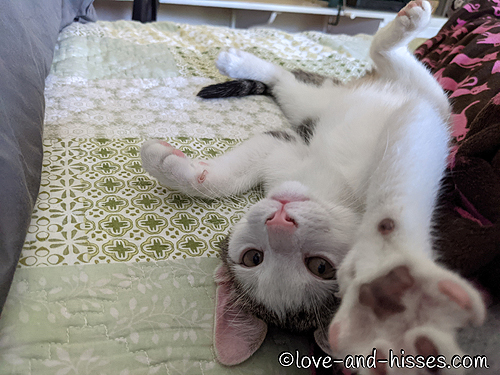 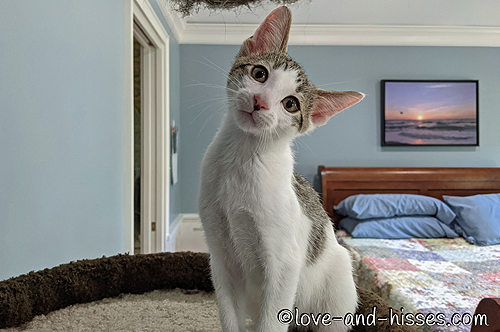 Pinochle and the “Why you so weird, lady?”

The kittens are off this morning for their spays and neuters! I expect them to come through it perfectly fine, and they’ll be back here tonight acting as though nothing ever happened. Wish ’em luck! 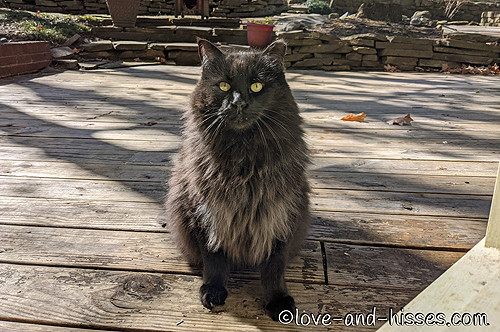 In case you were worried, Khal remains fabulous.