For those who asked, I wasn’t able to get a shot of Spanky’s acne area because he’s a skittish and wily one, and if you come toward him with a camera or a syringe of medicine or even nothing at all, his Spanky sensors send out a Warning! Warning! Attack is imminent! signal, and he’s gone like a cloud of smoke.

His acne isn’t quite as bad, but this is what it looks like.

We don’t have plastic dishes for the cats, they eat off of ceramic only and have for years – Miz Poo had acne a few years ago, and we switched to ceramic at that time. Had we known that it was acne that Spanky was suffering from, we likely wouldn’t have even taken him to the vet, just dealt with it here at home. We had no idea what was going on with his chin, and Fred suggested that it could be ringworm or a TUMOR, so off to the vet we went.

Next time (I’d like to think there’ll be no “next time”, but I think we all know there WILL) we’ll know what it is and won’t have to traumatize him by a visit to the vet. 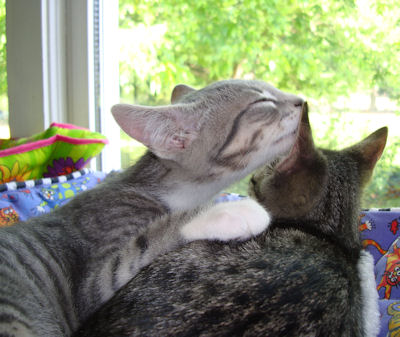 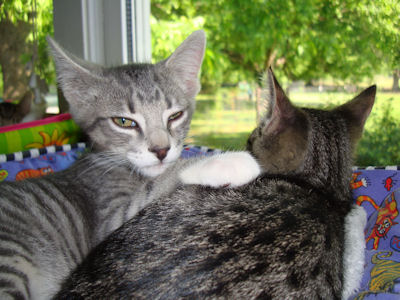 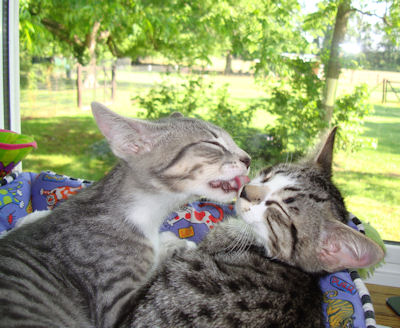 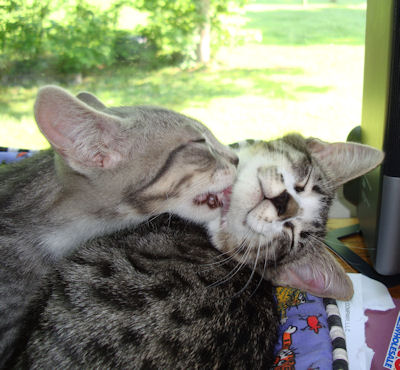 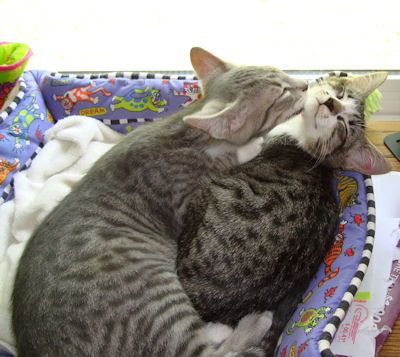 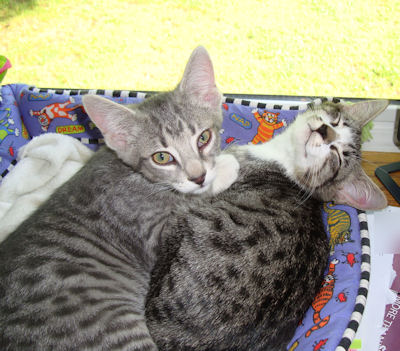 I’m sorry if I worried any of you yesterday – upon a reread, I can see where you might think I was leading up to telling y’all that Sheila didn’t make it. Not only did she make it, she is THRIVING. She’s packing on the ounces, and when she gets going, her brothers don’t know which way is up.

I love that these four kittens came from three different places, but they almost immediately bonded and seem to think they’ve always been siblings. Franco and Garrity, especially, love to play together. 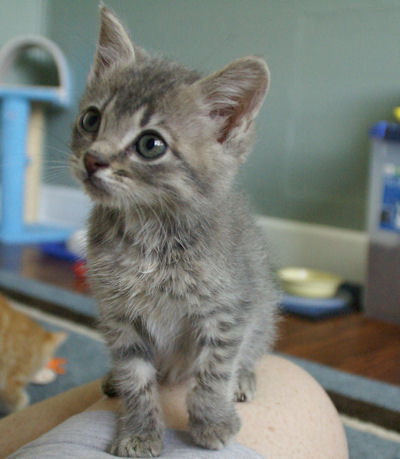 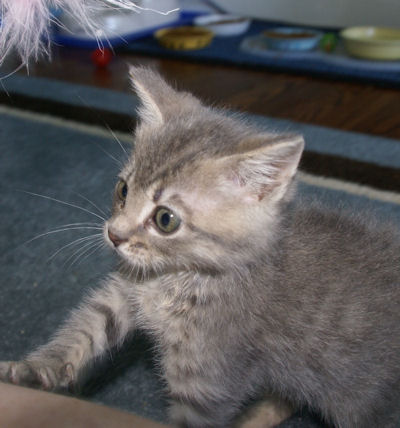 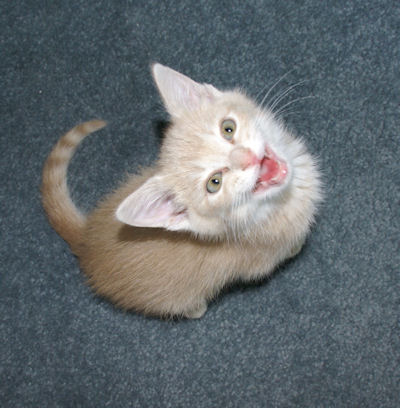 “I HAZ A COMPLAINT.” 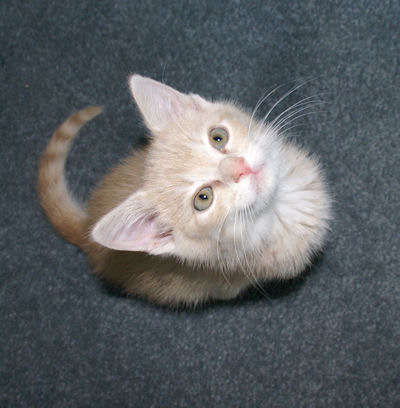 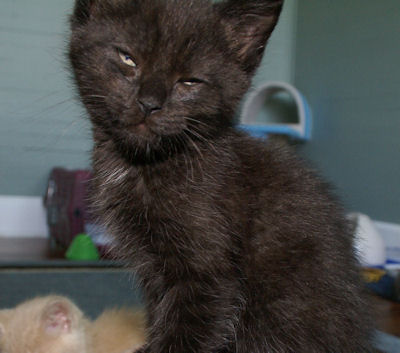 Is that a smug look, or what? 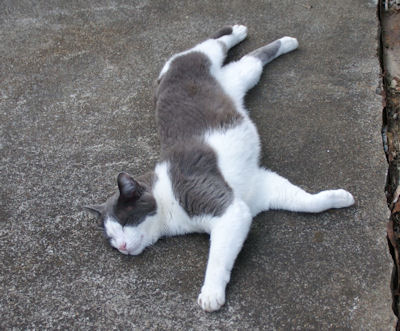