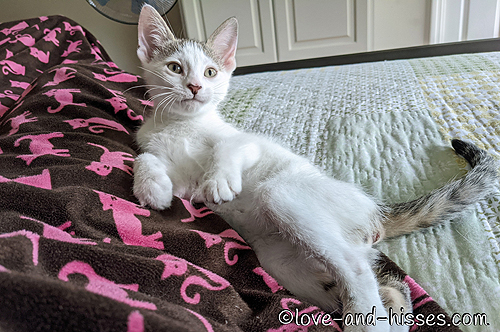 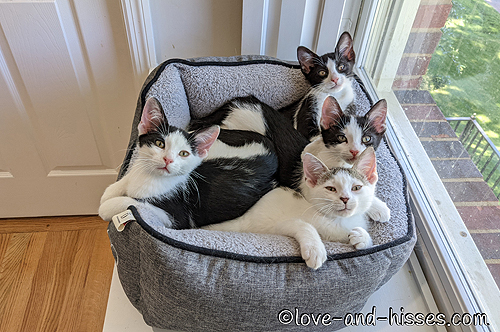 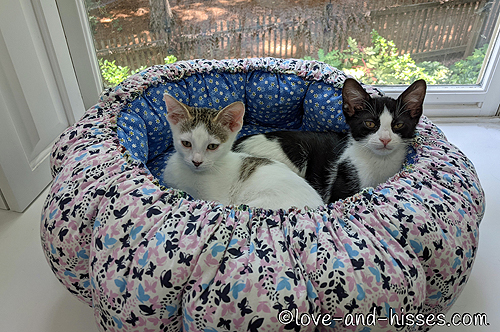 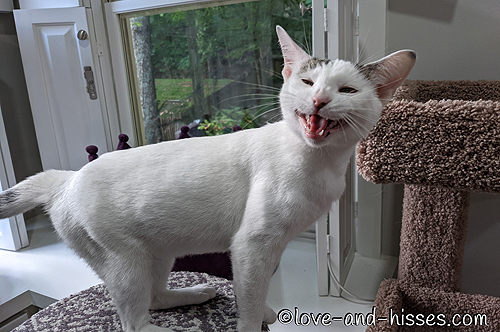 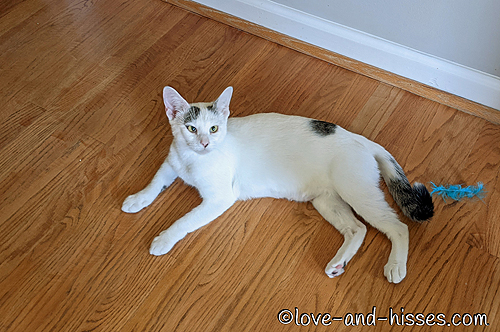 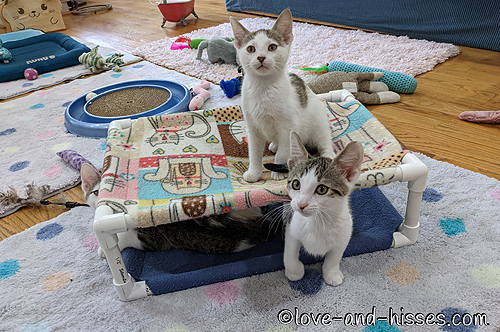 Don’t worry, kids. She’s not taking the ham-mick with her. 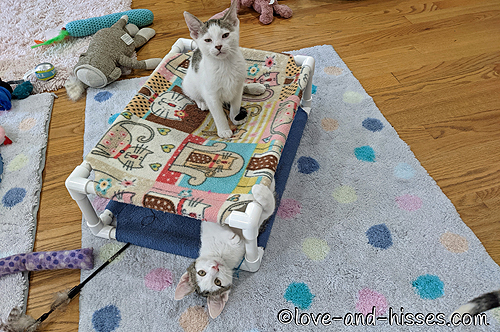 Fizzbin’s all “She can’t take this thing, the suspension’s shot. She won’t make it to the corner!” 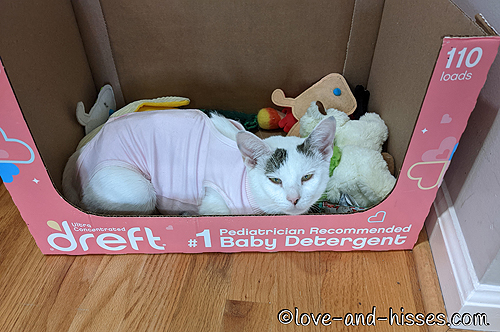 Last little while in the onesie, sweet girl. 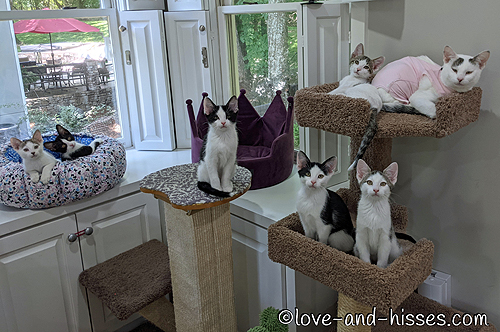 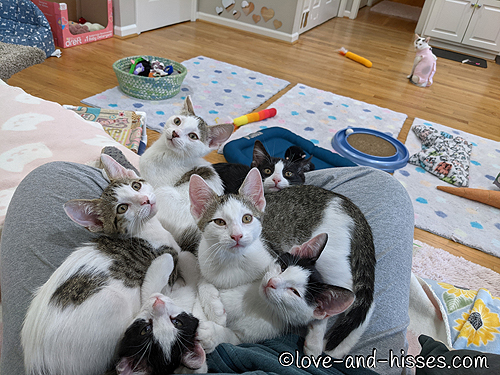 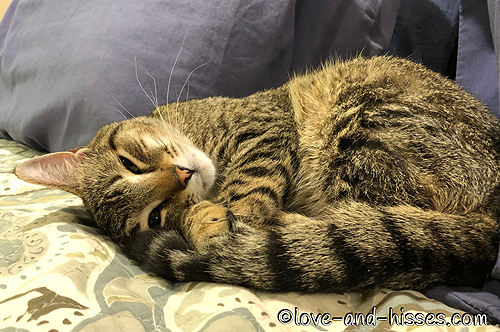 Sneaking up on Dewey while he’s sleeping. Yes, I am so rude!