The Bookworms had their last vaccination Saturday afternoon, so for the rest of Saturday and all of Sunday, they moped around, slept a lot, and occasionally whined at me for no reason.

Today, they’re back to normal, of course.

Until Saturday, I was giving the kittens their snack in the guest bedroom so that they wouldn’t have to fight off the bigger cats to get food. They’ve essentially been trained to come running when I call “Little bitty kitties!”, and so Friday night I was standing in the guest bedroom calling and calling, and Reacher, Rhyme, and Bolitar were dancing around my feet. But there was no Corbett, no matter how much I called. Fred went looking for him, and found him. 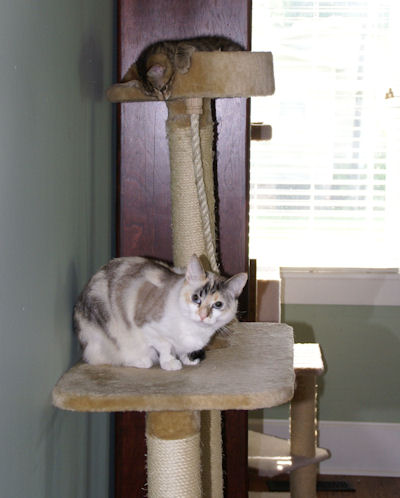 Apparently Corbett WANTED to get down, but Stinkerbelle was sitting there glaring at him, and he was too skeered. We rescued him and fed him, and all was well. 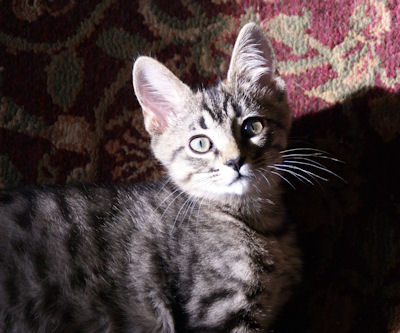 Rhyme in the sun. 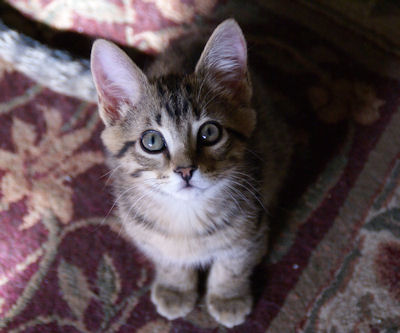 Rhyme and Reacher were tussling, and Jake had to get in the middle of it. 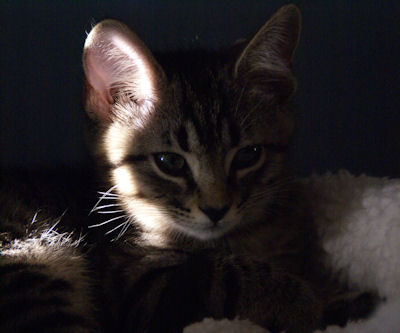 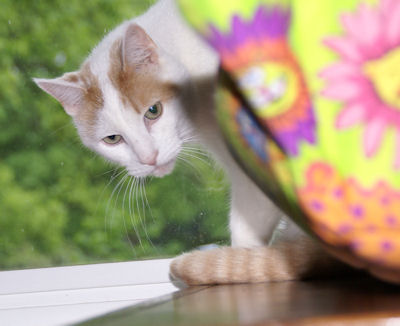