The kittens’ spays and neuters went perfectly! We were back here by 1:00, I gave them some canned food, and they spent the majority of the afternoon snoozing.

It wasn’t until I was putting their collars on –

I use paper collars with their names written on them and then put names and descriptions on masking tape on each crate. Yeah, it’s a production, but it works well. Actually, they’re not paper collars – they’re party wristbands, which work exactly the same as the pet collar version and cost way less. –

that I realized they had never been in carriers or in a car.

“This isn’t so bad!” I thought, as though I were freshly born into this world.

Five minutes into the drive, someone pooped. And the howling began, a sad chorus that would quiet down for a bit and then pick back up. It’s not a short drive, but this isn’t the first time I’ve had a stinky car or loud kittens, so I tuned them out and wore a mask (a definite plus side to having masks everywhere!) (I advise against the “circulating air” option on your air conditioner, FYI) and we got there safe and sound. Just a few hours later, we were all home again. I’m always really glad to get spay/neuter day done and over with, even though it does mean that the kittens will start heading off soon.

Fizzbin will be the first to go – she’s heading off on Friday afternoon. Pinochle, Whist and Uno are going (together) next week, and Slapjack and Rummy (together) the following weekend. So at least it’ll be a staggered leaving, and we’ll have a bit longer with some of them. 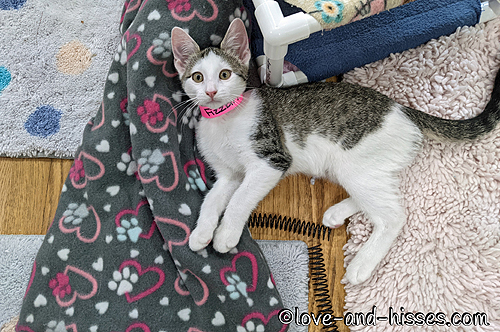 Fizzbin in her collar yesterday morning. 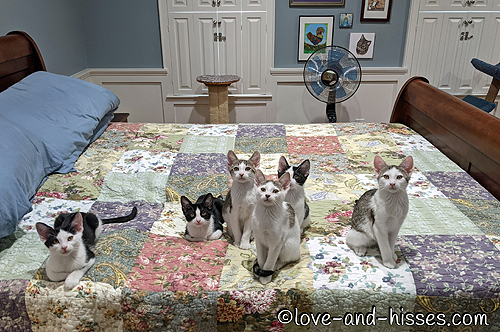 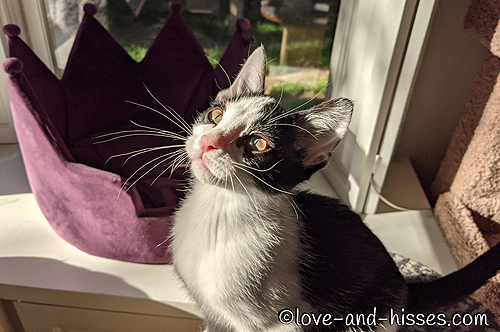 Uno in the sun. 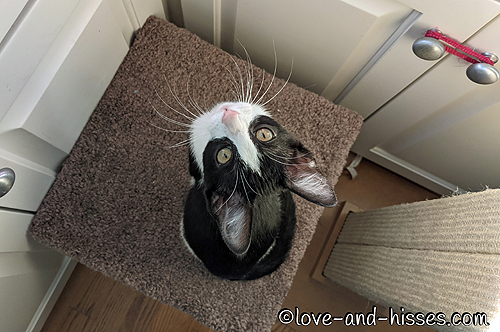 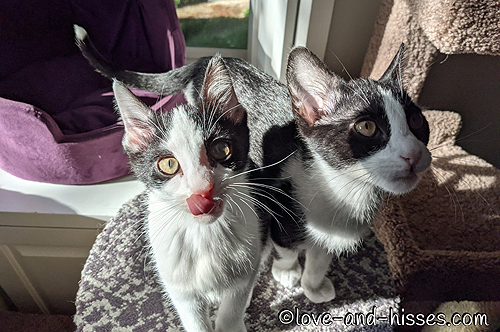 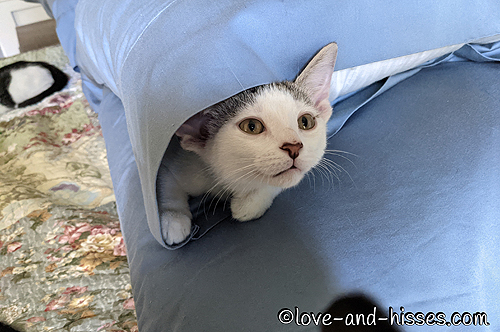 Whist found a hidey hole and could not be more pleased with herself. 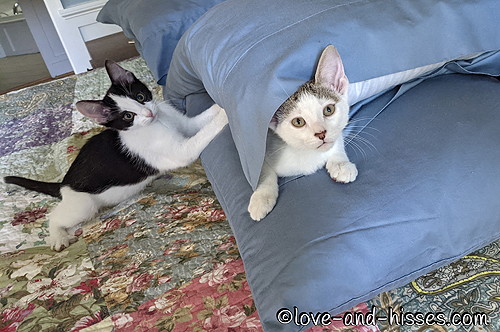 Uno’s all “LADY. Your pillow’s moving!” 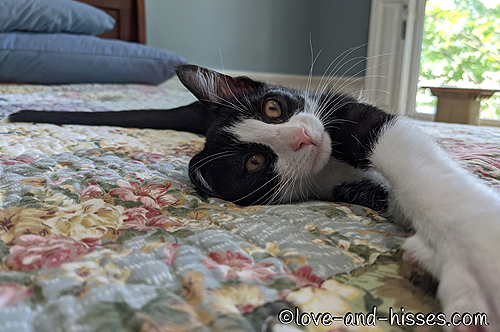 Rummy has a stretch. 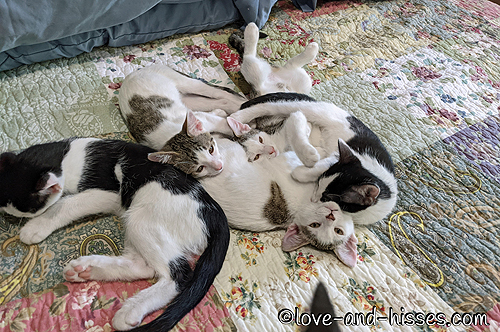 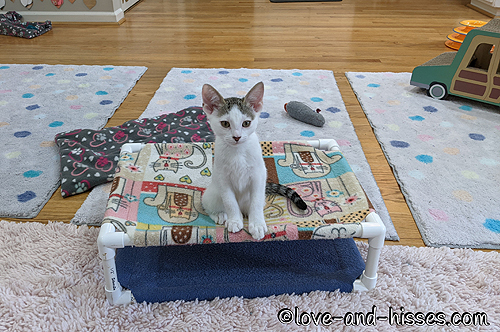 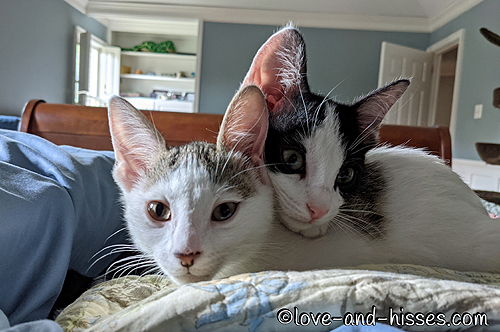 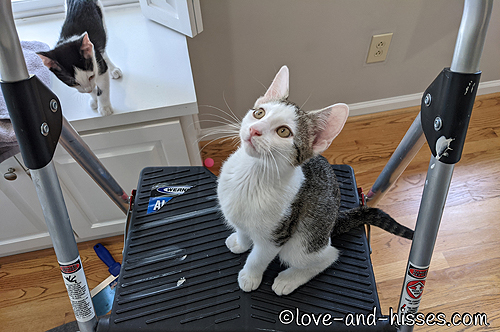 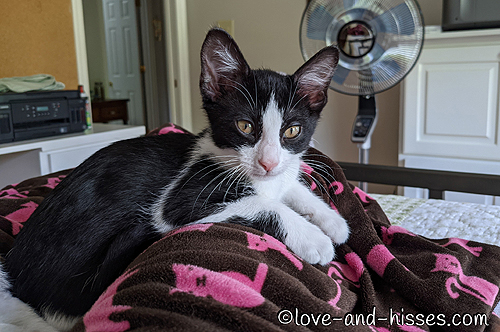 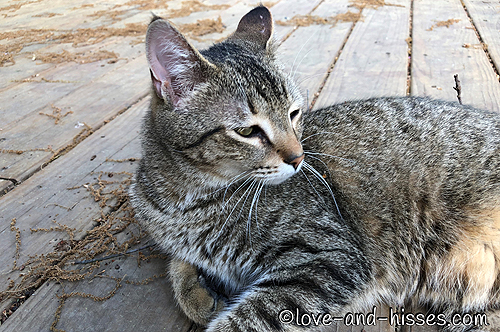