Those big ol’ white feet are killing me. Frankie’s possessive “mine” paw is pretty much how it always is with he and Dewey. 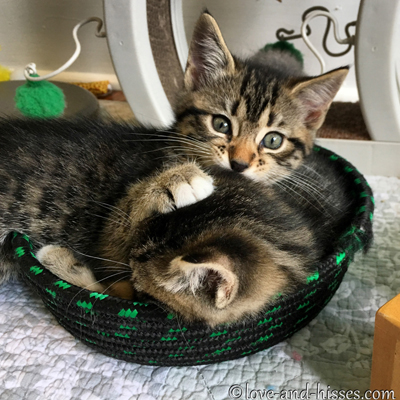 When your sister is sleepin’ but you think she should wake up and play with you. (Praline and Roux) 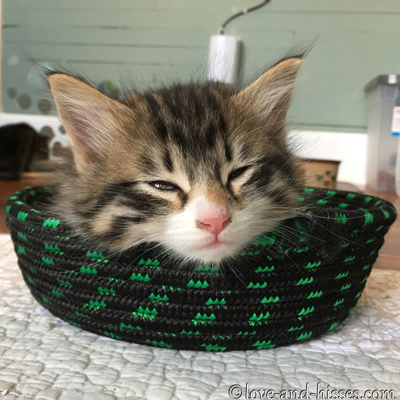 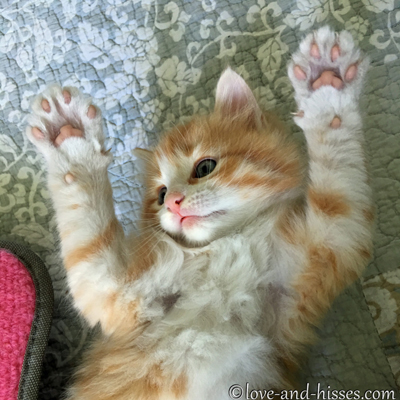 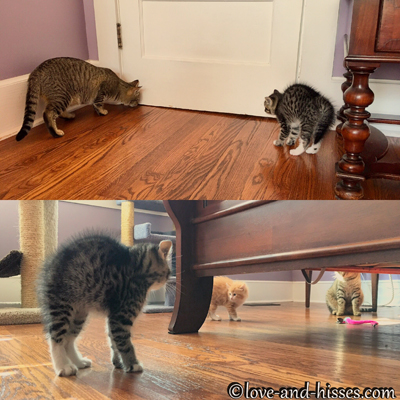 When Roux and Andouille met Dewey. 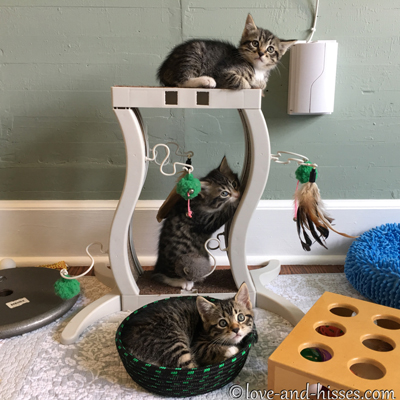 The girls. That’s Roux on top, Beignet in the middle, and Praline in the tiny basket. 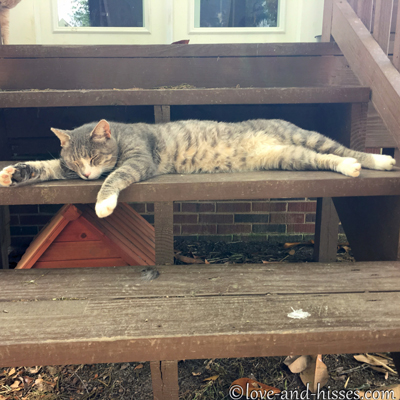 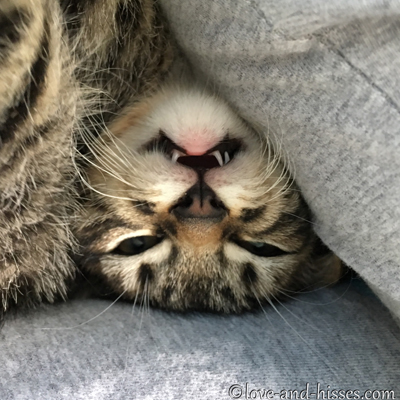 “I do not wish to wake up this dismal, rainy morning, plz go away lady. Go bother the floofy ones.” (Praline) 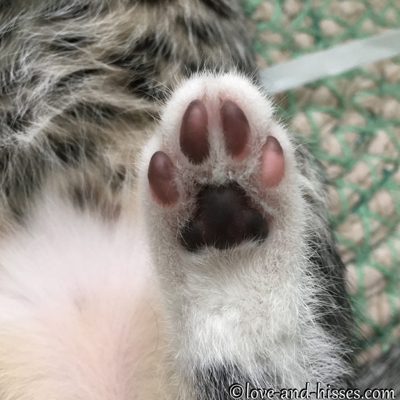 Did someone say Toesday?! Get a gander at the toes on Roux! 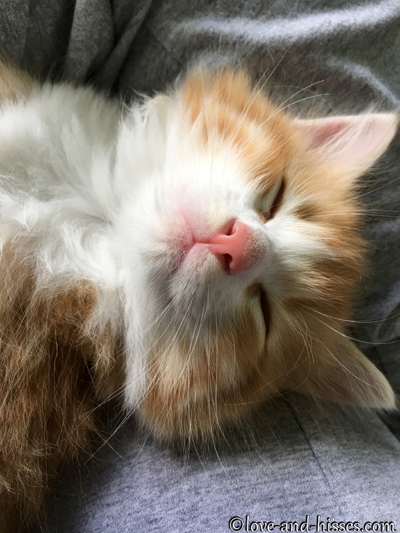 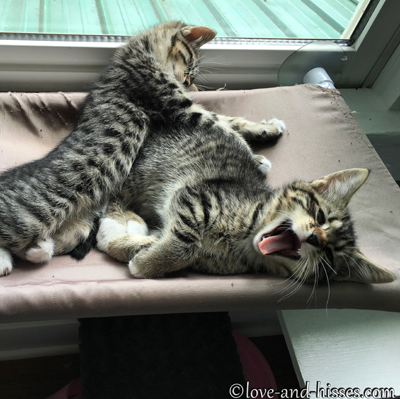 Another rainy, dismal morning, and these monkeys are having a hard time waking up. (Praline and Roux) 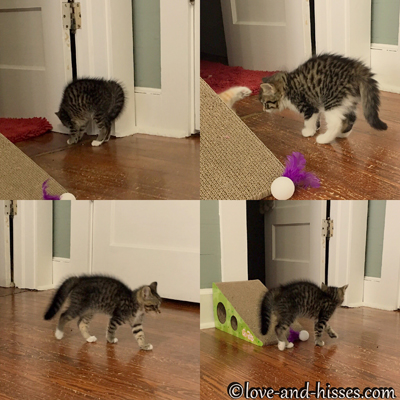 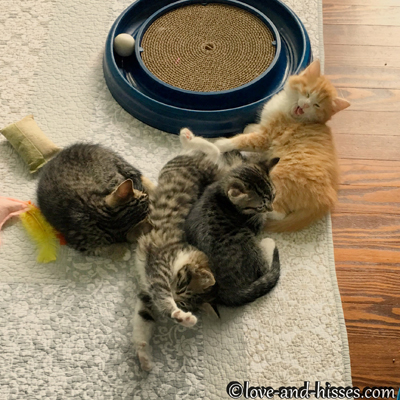 Walked into the room to find a pile of sleepy monkeys. 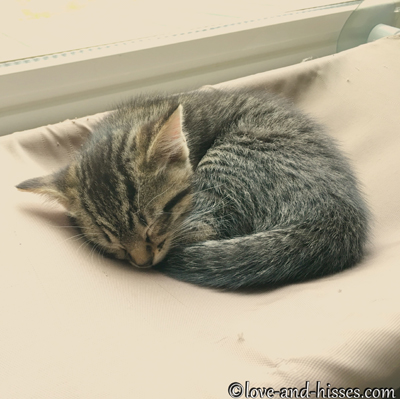 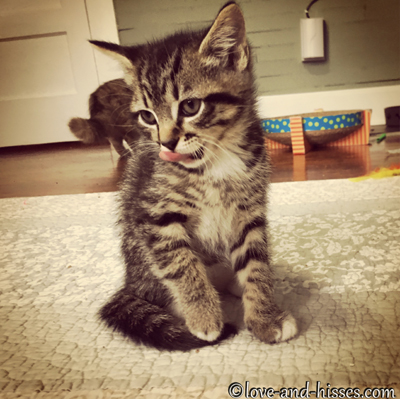 It’s Thlurrrpsday, and Roux is getting us started off right. 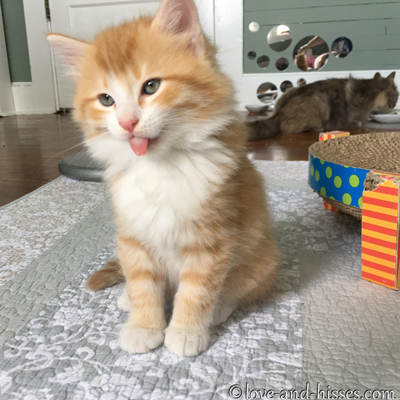 This seems like less of a thlurrrp and more of a phblt, but we’ll allow it. 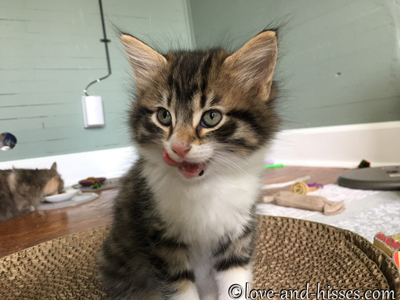 That floofy girl knows what she’s doing when it comes to Thlurrrpsday. (Beignet) 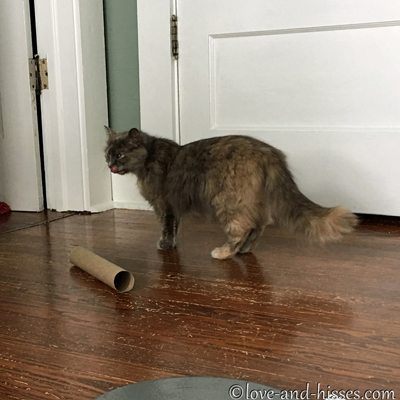 Mama #Nola gets in on the #Thlurrrpsday action, too. This is one thlurrrpy family! 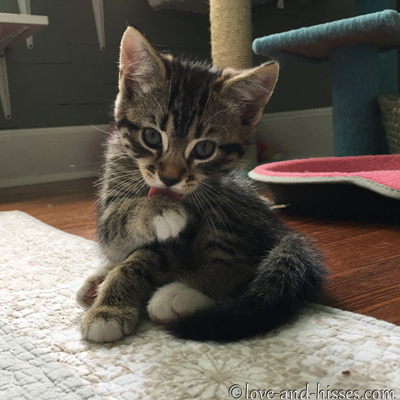 Let’s round out this Thlurrrpsday with Praline. 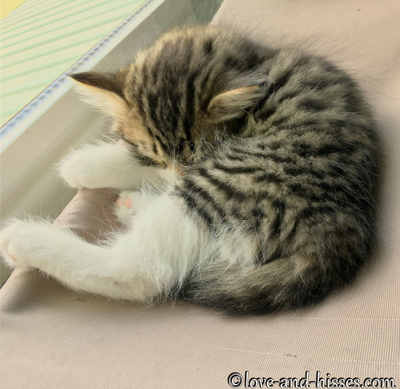 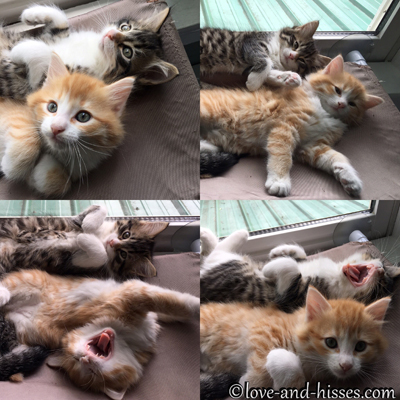 In case you missed it, Andouille and Beignet will be adopted together. They’ll be going home together in June, and are clearly pleased as punch about that. 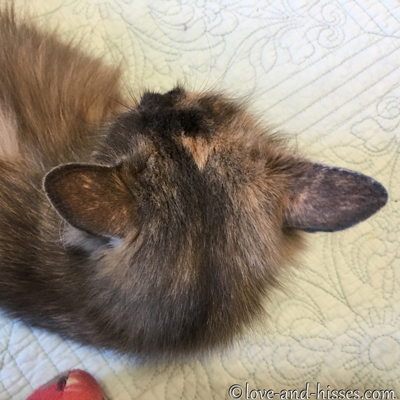 Those ears, moving in all directions so she can keep track of her kittens. 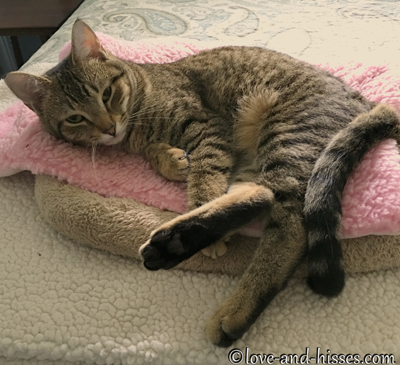 That boy is all ears ‘n feet. 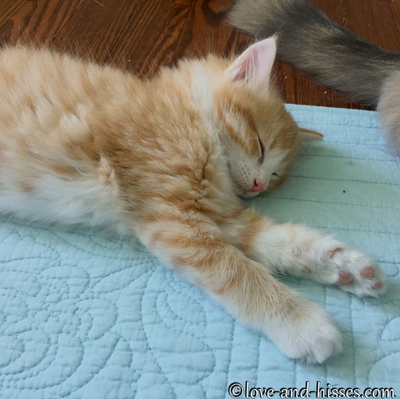 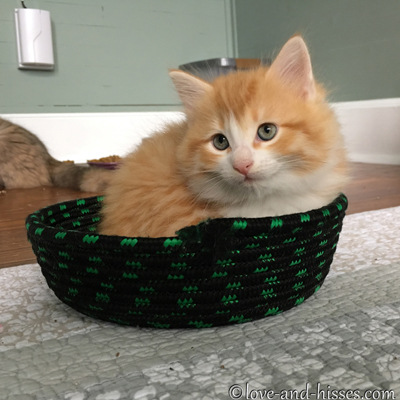 Not-so-tiny Andouille in the tiny basket. 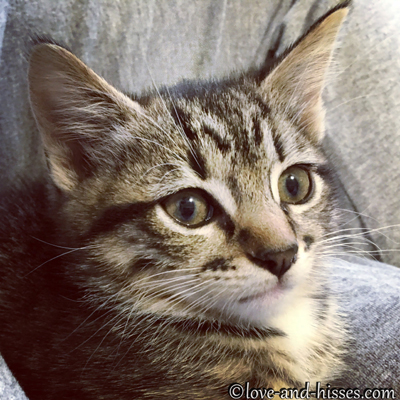 Someone is turning into a real lapkitty lately! I wish I’d made a video of this – Roux was purring like crazy.

There were only two short videos this week for some reason (I’m a slacker!) and I put them into one video. I think it’s safe to say that these kittens still tend toward skitterbugging.

And for the several people who requested it: Roux’s leap, way slowed down.