So on Friday, I took Jasper, Caleb (Troubles), Elijah, Ezra and Phinneas to PetSmart. It just so happened Thursday night that the Friday morning cleaner sent out an email asking if anyone could cover for her, and since I was going to be there anyway, I told her I’d do it. I left the house a little after seven with the boys in one carrier, and Ezra and Elijah took turns singing the entire 25 minute drive to the store.

Once inside, I let them out of their carrier and started cleaning cages. They ran around and explored and checked out the other cats while I was cleaning, and then when the other cages were cleaned and all the other cats had been out for a little while and gotten some love from me, I put the other cats up, and opened the cage where the boys were going to be going.

I figured I’d have to shove them all into the cage and then run away before my heart broke as they looked at me sadly, crying and saying “What did we do wrooooong? Why don’t you love us anymooooore?”

It didn’t quite happen like that. Instead, as soon as I opened the cage door and filled the food and water bowls, the boys RAN into the cage and yelled “Hey, toys! Look, toys! Come check out the toys!” By the time I’d tossed a few more toys in the cage, all five of them were in there, playing and fighting and eating. I picked them up one by one to kiss them and say goodbye to them, and they each gave me the MOST annoyed look and waited impatiently until I returned them to their cage.

They didn’t get adopted over the weekend, but reports (thanks, Jean and Lisa!) came in that they were completely calm and relaxed and happy, not scared at all.

Beulah and Bessie are adapting to life without their brothers very well. They stay out of their room from the time I get up ’til the time I go to bed, and most of the time they’re sleeping or playing together. Keeping Bessie here to keep Beulah company was a very good idea on my part, I think. 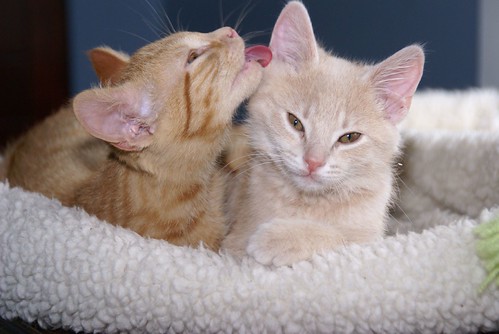 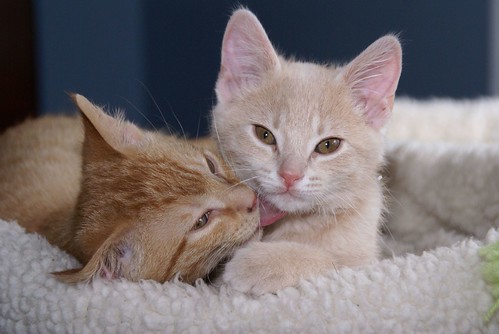 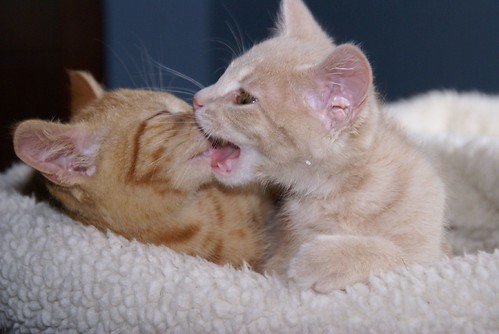 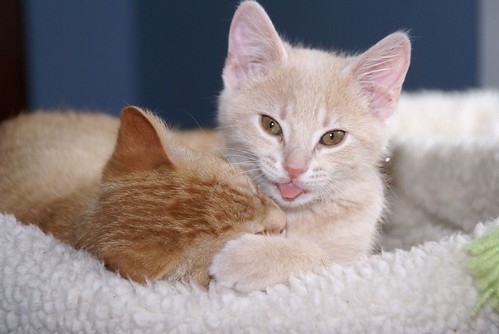 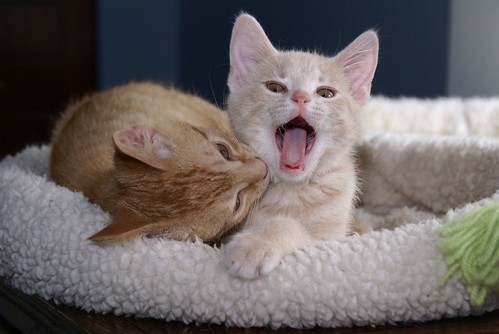 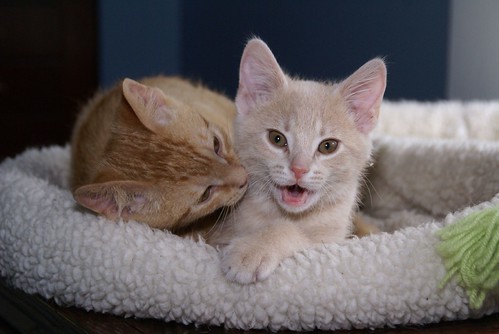