Beulah and Bessie are making themselves QUITE at home, thank you very much. Sunday night after I put them up for the night, Bessie howled and howled until Fred got up and let them out. They stayed out until about 10:30, when they wouldn’t stop moving around and kept waking me up, so I got up and put them back in their room ’til the next morning. Last night, same thing. I’m sure the time’s coming soon when they won’t be quite so squirmy when I’m trying to sleep, and I suspect that they’ll be out and about, 24 hours a day.

They seem more willing to not be right on top of each other all the time. I mean, they’re usually in the same room, or fairly close to each other most of the time, but yesterday they spent all afternoon in separate cat beds – Bessie was in one of the beds on my desk, and Beulah was in the much cozier bed next to my desk. They snoozed there all afternoon, I guess to store up energy for their wild running-around time in the evening.

(The last of the pictures I took before I took the boys to the pet store on Friday.) 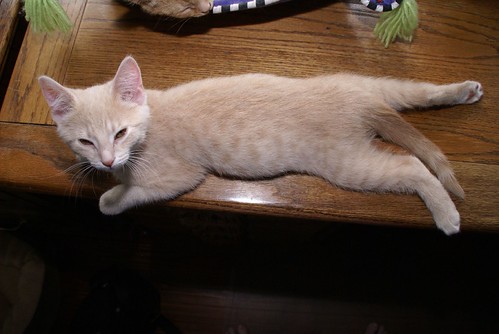 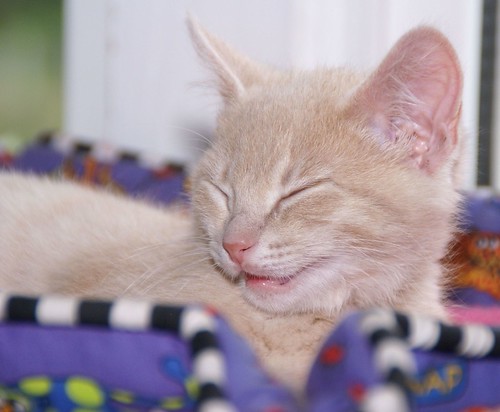 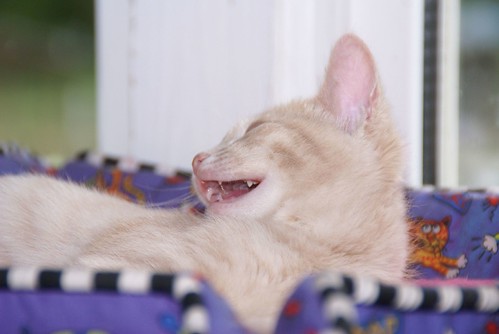 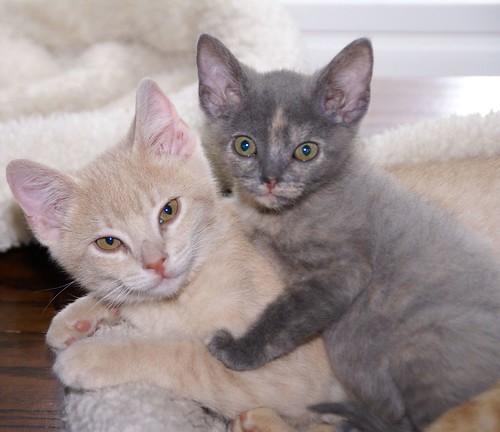 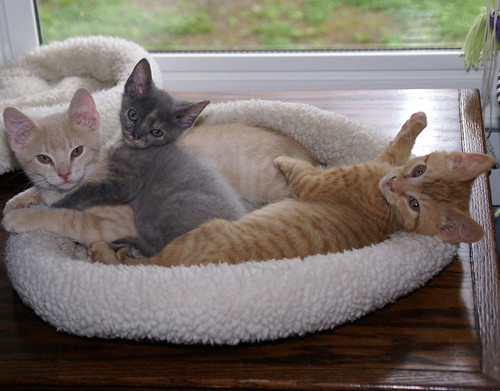 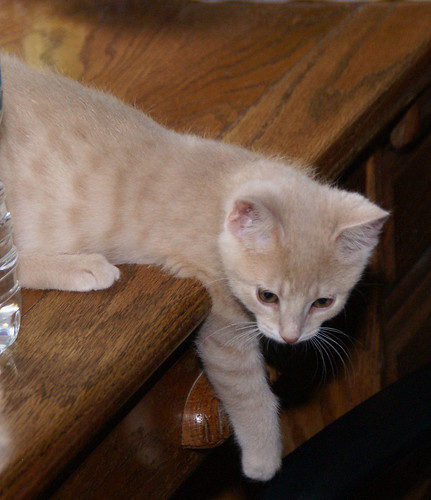 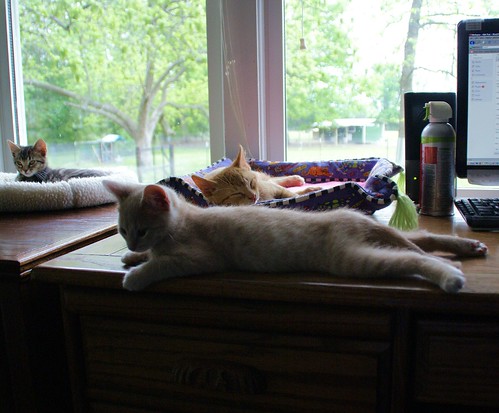