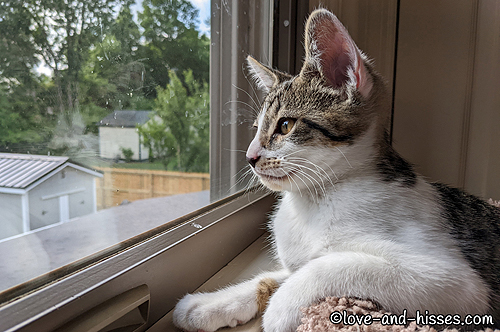 Bramble really likes sitting in that window checking out the view. 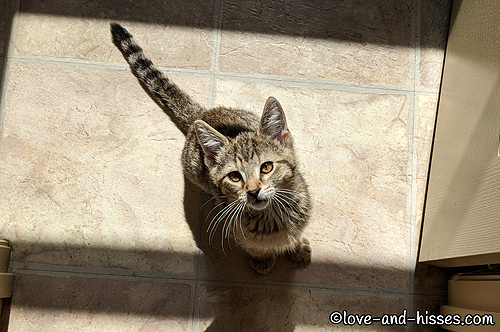 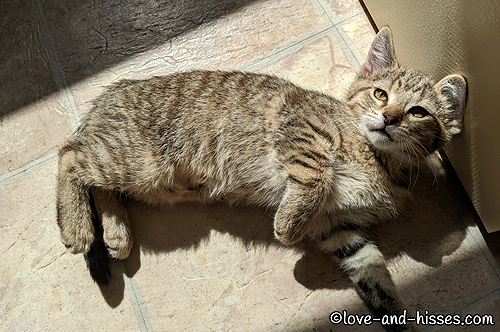 And Clover from above! (He’s enjoying that sunshine.) 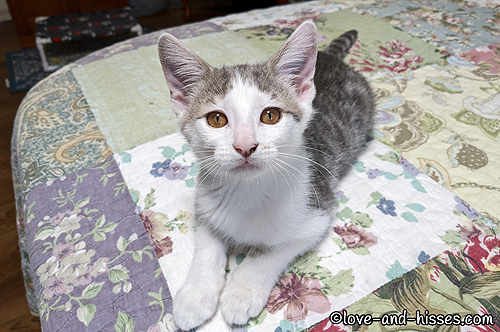 Kudzu shows off those gorgeous eyes. 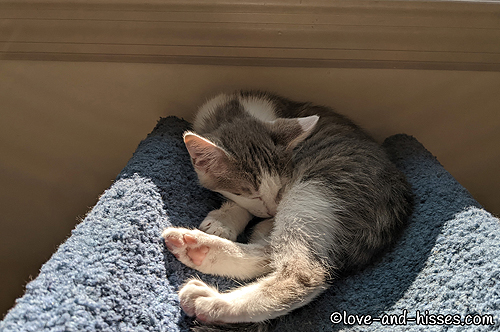 And then takes a nap. 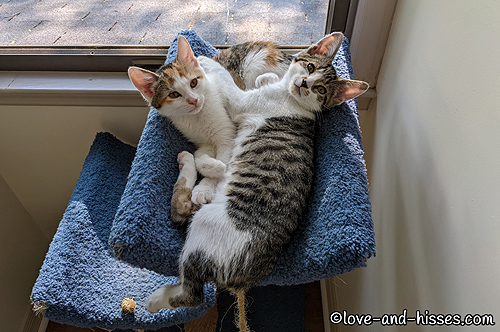 Hollyhock and Bramble have a snuggle. 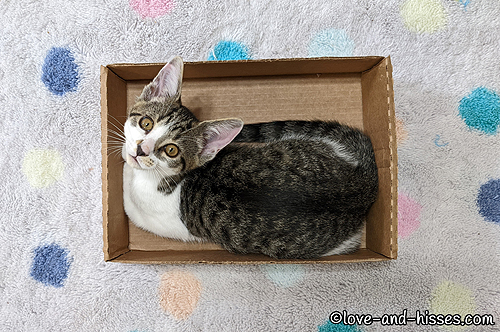 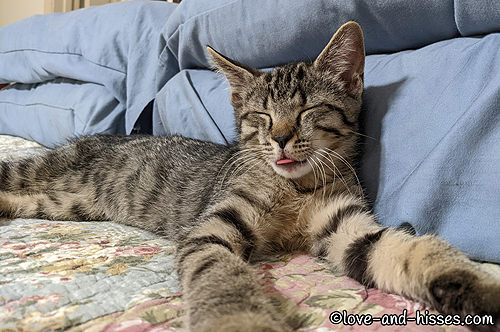 Mondo shows off his blep. 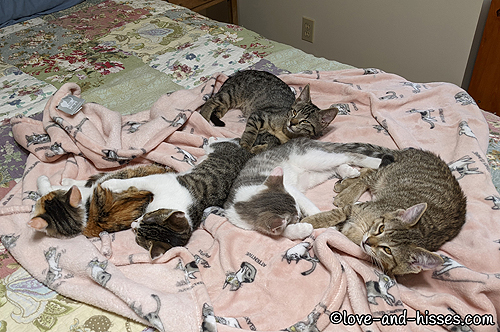 These kittens are getting the hang of nap time, and it’s really lovely to snuggle up with 5 purring kittens (even if they do occasionally attack my feet). 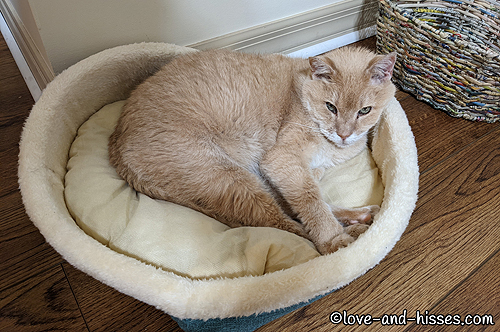 After the kittens are shut away in the foster room for the night, Newt comes into my room and re-claims that cat bed as his own. He knows kittens come and kittens go, but Newt is forever. 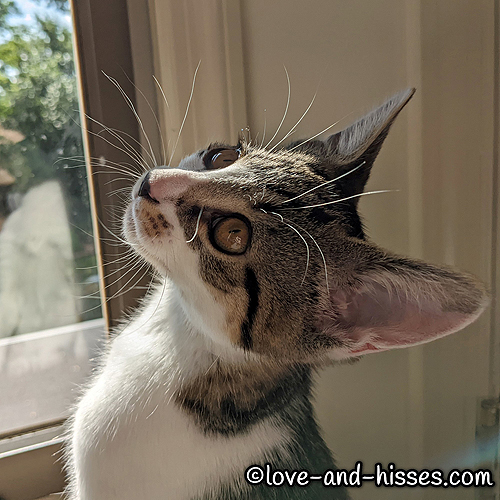 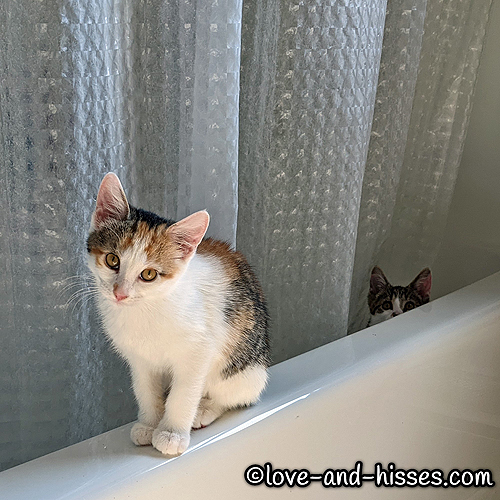 “Okay so wait,” says Hollyhock. “You’re saying we should NOT get in the bathtub and knock all the stuff off the shelf? Oh. Well, it probably would have been helpful to know that before now.” (Bramble’s guilty little face back there is killing me.)

YouTube link
Look at those slow-motion jumps! (And I don’t want to get y’all TOO excited, but if you keep an eye on Clover at about 29 seconds in, he actually leaps!) 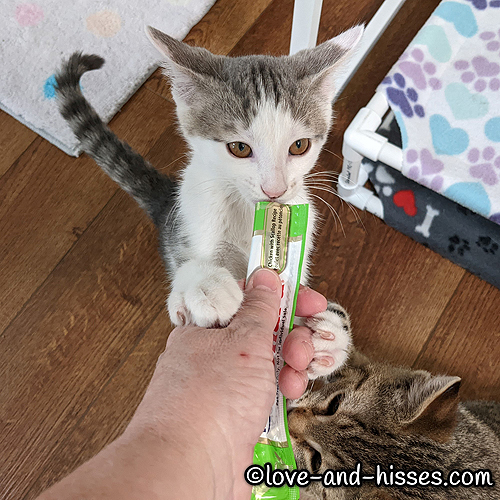 If you couldn’t tell, Kudzu is VERY serious about his Churu.

YouTube link
Clover is such a happy boy! (Especially at nap time!) 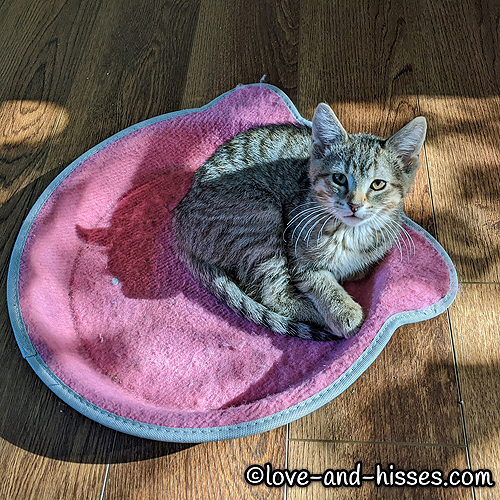 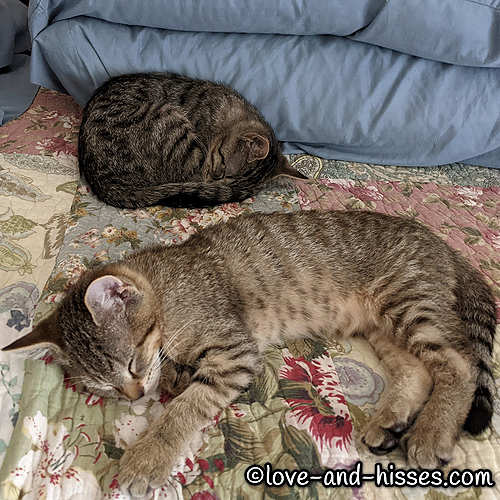 Good night innernets. (Mondo (back) and Clover)(I know it looks like Mondo is a tiny little thing and Clover is a giant, but I assure you it’s the angle. Mondo’s still the largest kitten in the litter.) 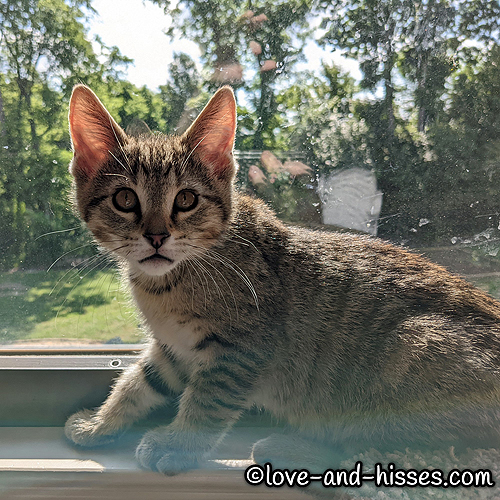 Clover enjoys the sunshine (and I think it’s making his ears grow!) 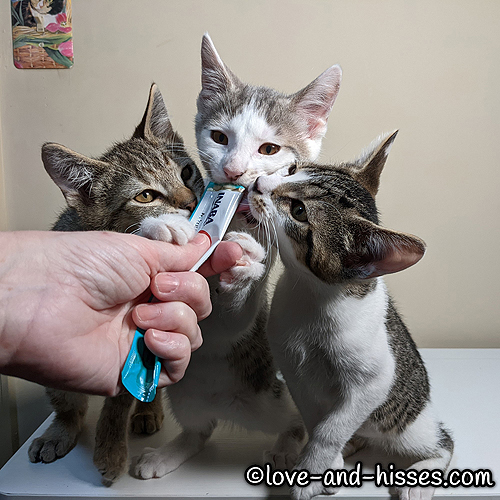 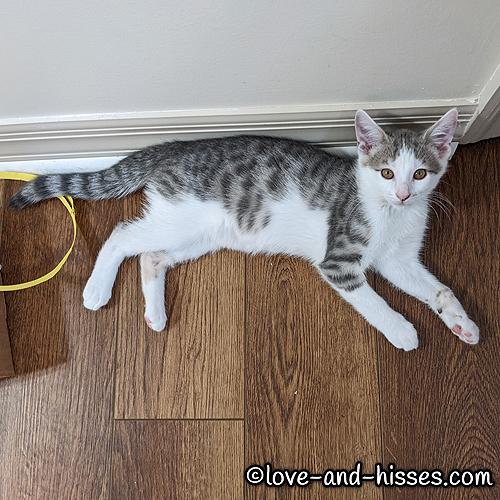 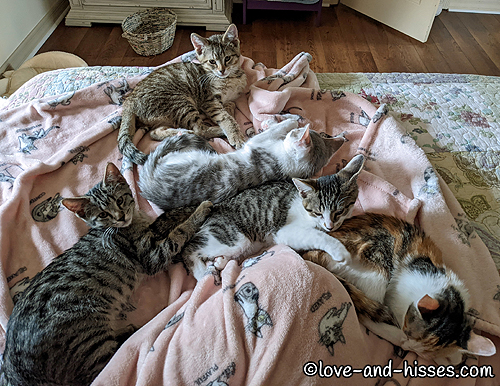 Good night innernets. (On the left: Mondo, Clover (at the top of the picture), Kudzu (middle), Bramble, and Hollyhock.) 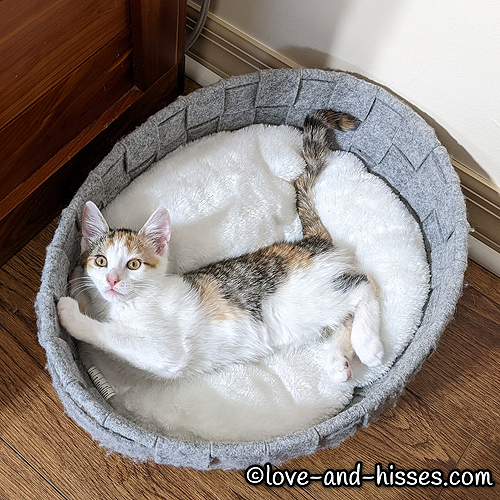 Hollyhock sees no pressing reason to get out of bed on this lazy Sunday morning. 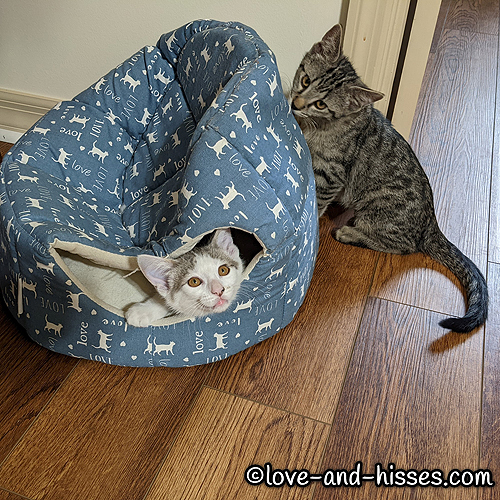 Kudzu’s all “Lady, I hope you’ve got insurance. This structure just got hit by Tropical Storm Mondo, and I don’t think there’s any saving it.”

YouTube link
I introduced the kittens to the “Petlinks Roaming Runner Mouse” (a battery-powered mouse which moved across the floor and then immediately got stuck on the rug, of course), and they found it pretty scary. Hollyhock was the only one brave enough to give it a smack, and even that was scary, apparently! 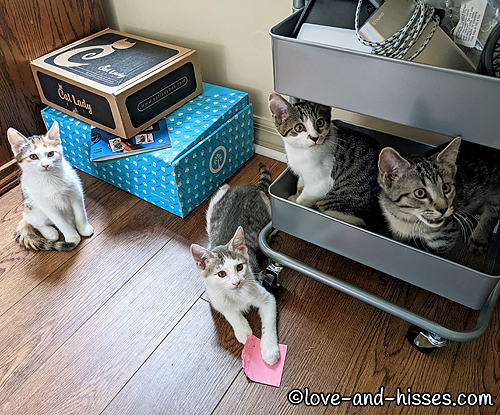 Today’s Most Valuable Office Assistant is Kudzu, who stopped that post-it in its track and showed it the ol’ chomperoo. Thank you for your service, Kudzu! (Mondo agrees!) 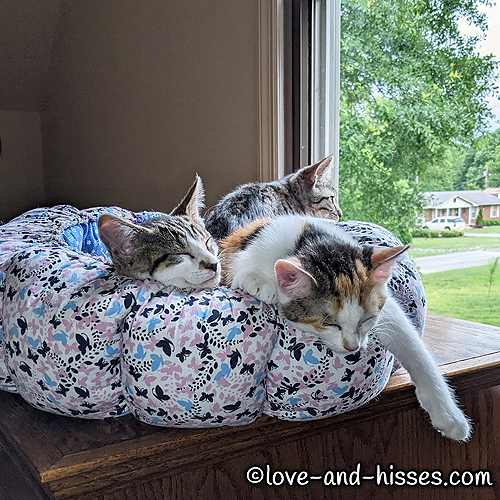