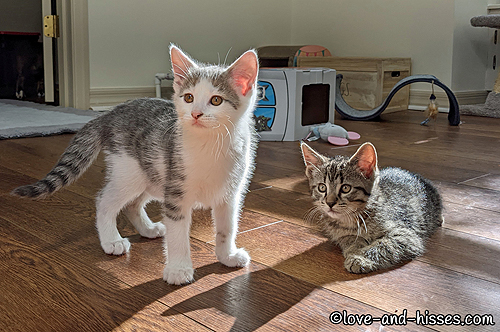 I don’t know what Kudzu and Mondo were staring at, but it looks like it was pretty fascinating. 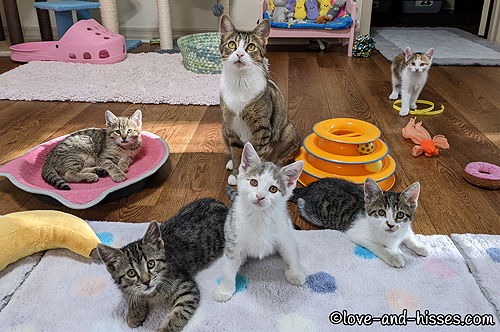 Mimosa and her kittens. The kittens, from left: Clover (in the pie plate), Mondo, Kudzu (in front of Mimosa), Bramble, and in the back Hollyhock. 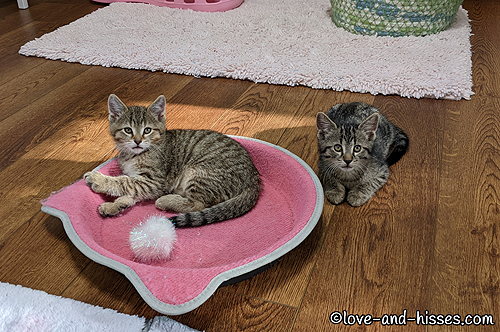 Clover in the pie plate, and Mondo waiting his turn. 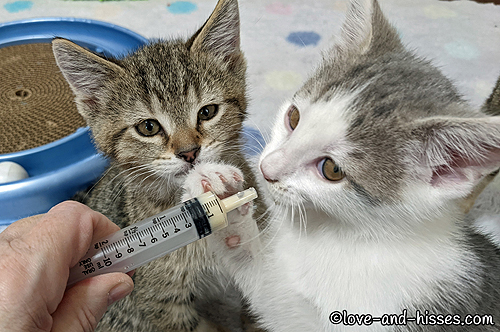 One thing I like to do with fosters is occasionally offer them watered-down goat milk (we always have canned goat milk on hand) in a syringe, as a treat. They love the taste, and they learn that a person coming at them with a syringe can be a very very good thing. 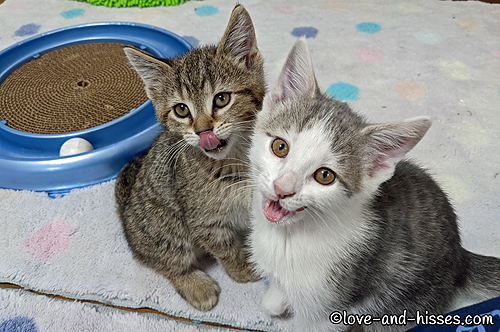 They always enjoy it. 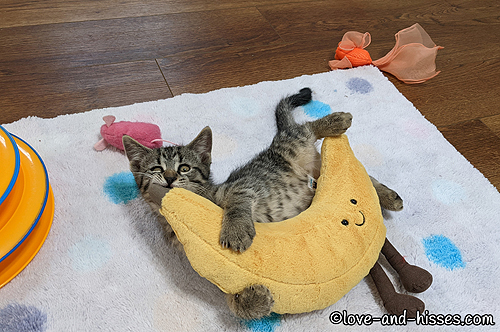 It always cracks me up when they (this is Mondo) fight with the stuffed banana. 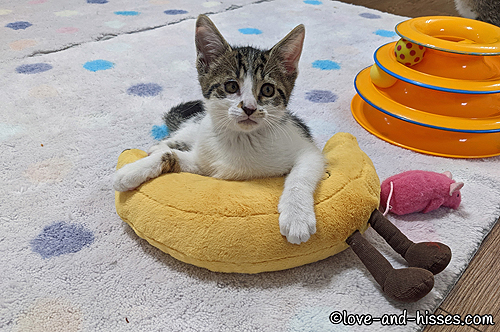 “But why does it have LEGS?” Bramble wonders. 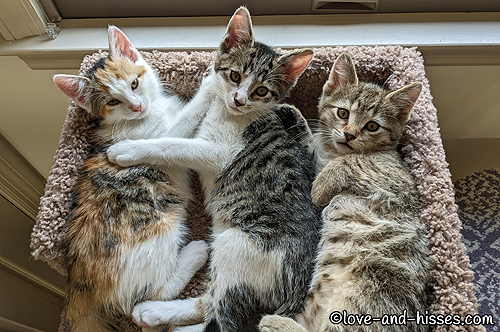 Hollyhock, Bramble and Clover, all in a row. 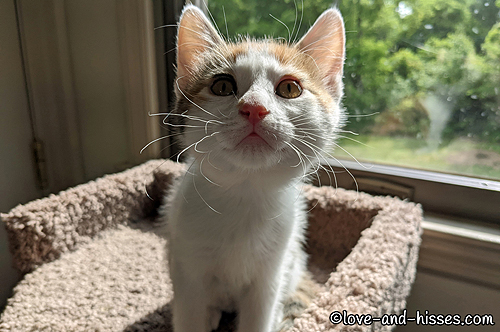 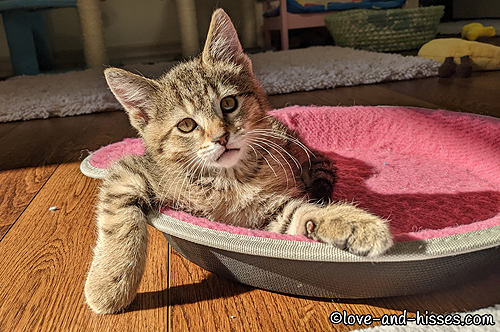 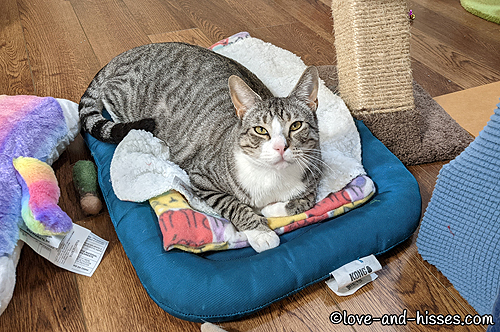 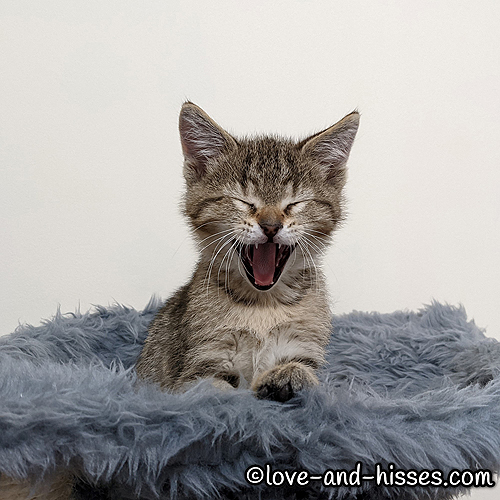 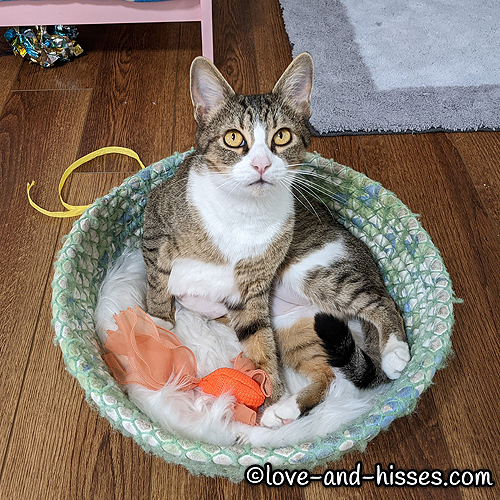 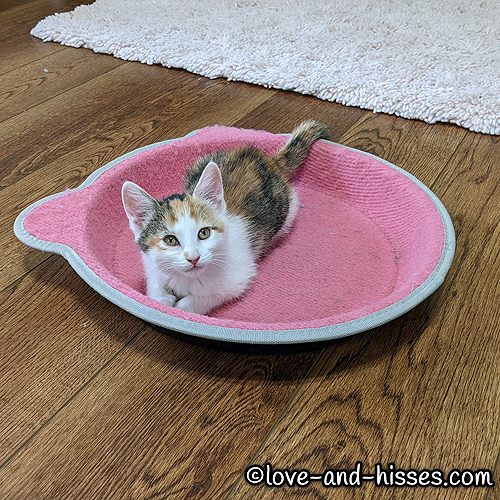 YouTube link
Mimosa’s feelin’ kinda playful – and so are the kittens! 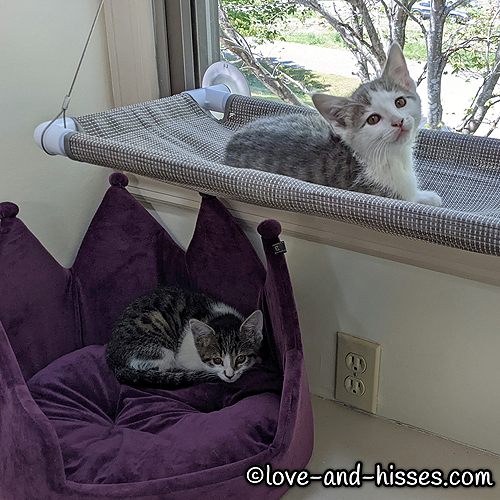 Kudzu in the window hammock, Bramble in the crown bed. CUTIES. 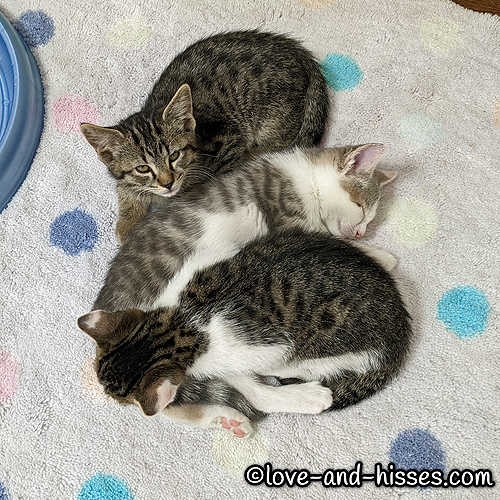 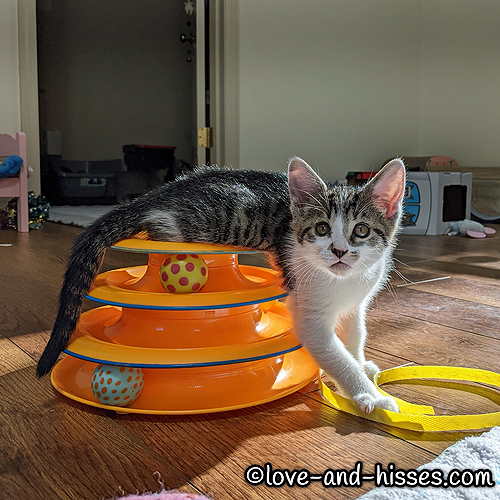 Well, that’s certainly one way to play with the track toy, Bramble. 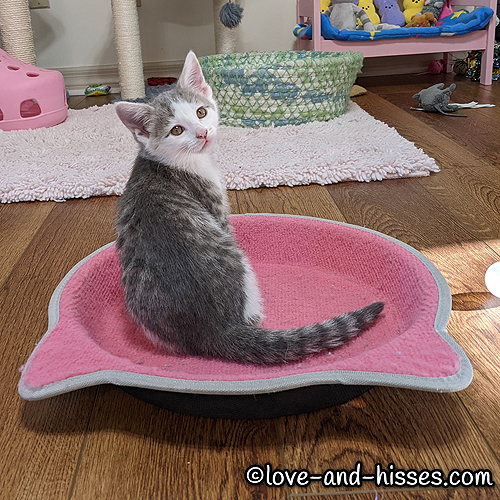 Ooh, Kudzu pie! (I love how this angle shows off his pretty stripes and spots.)

YouTube link
Mimosa’s chilling in the window hammock while the kittens run off some of that crazy energy. 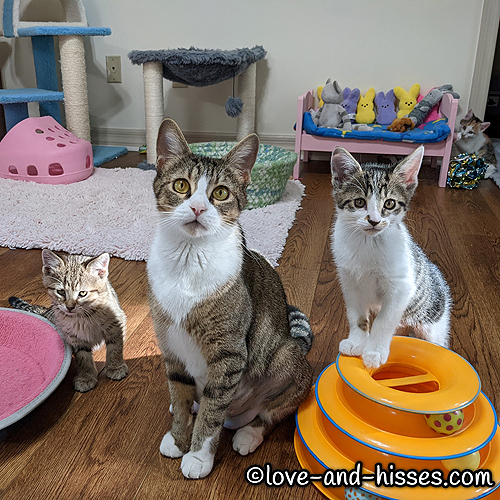 Mimosa posing with Clover (left), Bramble, and Hollyhock in the background.

YouTube link
The kittens work on their leaping and wrasslin’ skills. And don’t miss the part about 20 seconds in when Mondo and Kudzu clonk their heads together as they leap after the toy I’ve tossed. 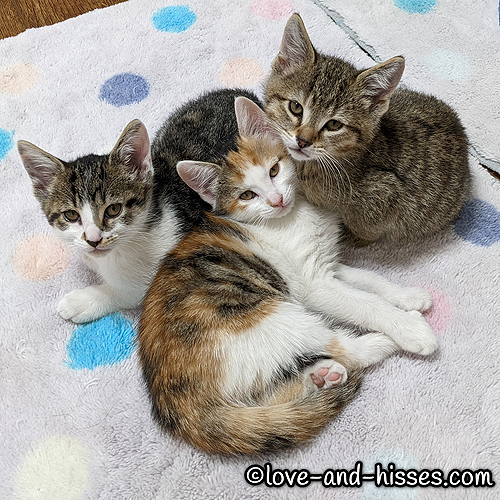 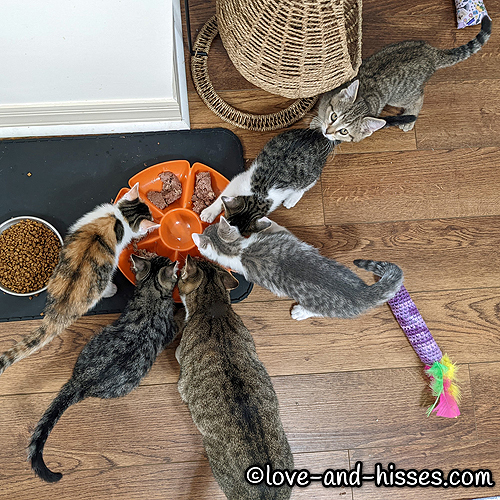 Breakfast is served! (In every litter there seems to be one kitten who doesn’t want to be in the middle of a crowd. In this litter, that’s Clover. There’s definitely room for him at the plate, he just preferred to stay back ’til the others had eaten.) 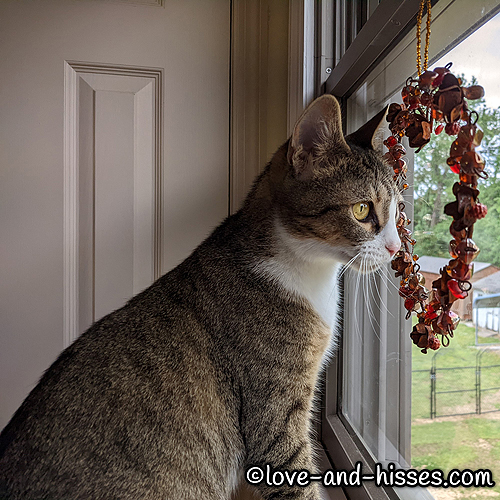 Mimosa checks out the view. 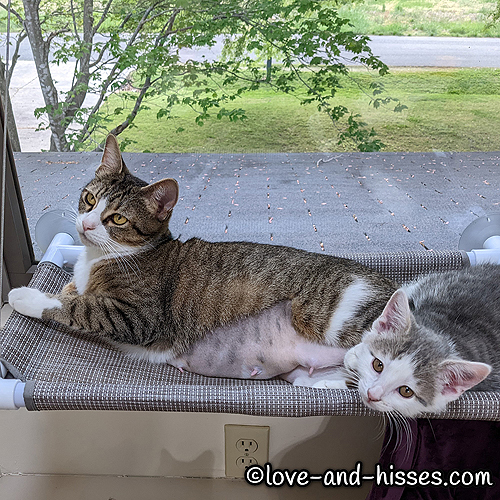 Kudzu loves his mama. His mama, on the other hand, wouldn’t mind a little space.

YouTube link
What better thing to do on Mother’s Day than bug Mama? (And Mama’s all “WOULDN’T MIND HAVING ONE MOMENT TO MYSELF, KIDS.”) 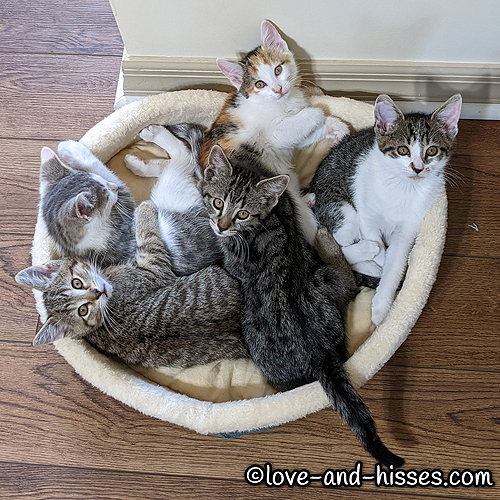