I’ve started bringing the kittens downstairs to explore and to meet Uncle Charlie (and whichever other permanent residents are around). Pardon these pictures – the lighting in the living room is terrible (we’ll be fixing that soon). Also, I have not had a chance to bring Kudzu and Mondo down yet, but they’re next. 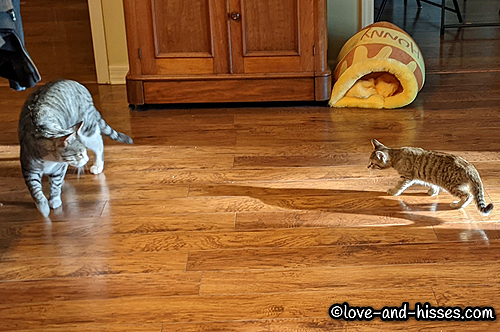 Clover took a look at Charlie, arched his back a bit, but did not floof. 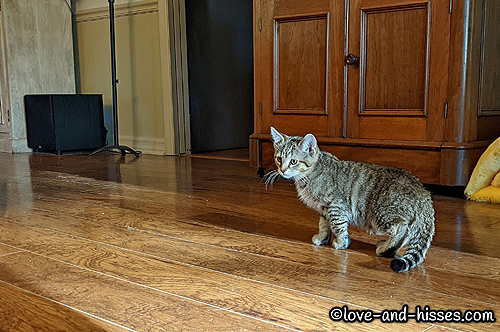 “Who was that kitty?” Clover wondered. 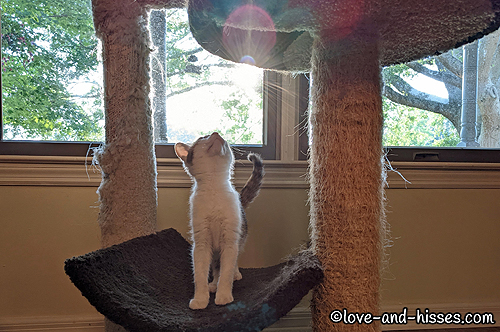 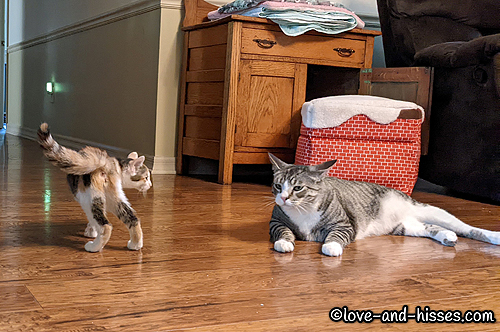 Then she gave Uncle Charlie the ol’ once-over. 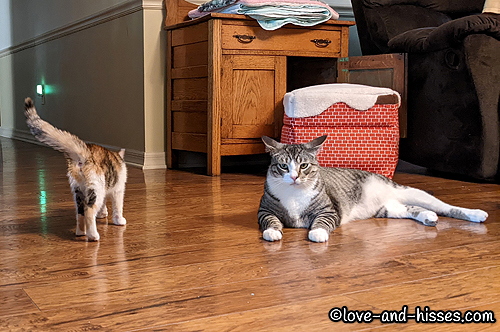 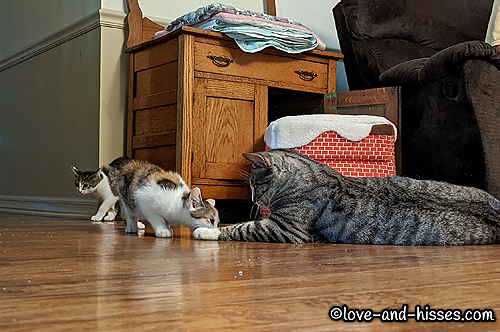 Then she came back to sniff Uncle Charlie’s paws (while, in the background, Bramble explored.) 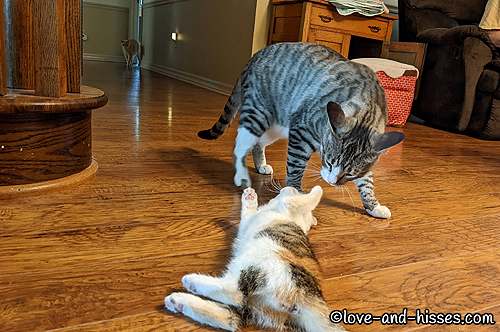 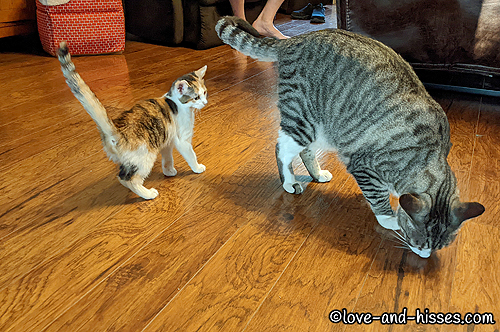 And then Uncle Charlie decided he had other places to be. 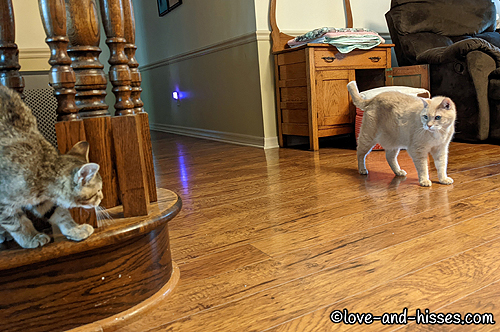 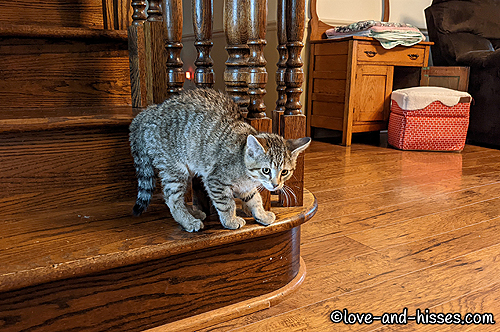 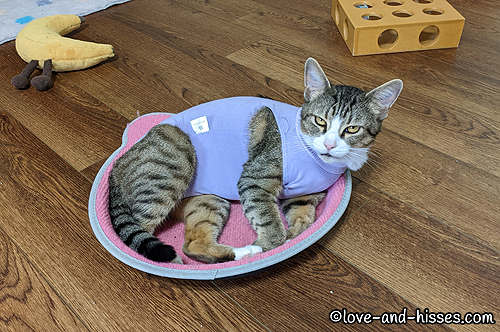 It’s a Mimosa pie. She’s ready to ditch that onesie, and this morning it’s going to come off and STAY off. 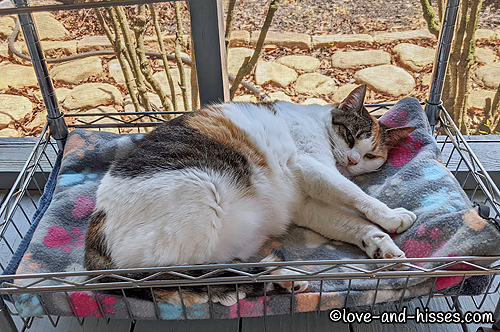 Pay no attention to her Resting Alice Face; I assure you: Alice is enjoying the warm weather. 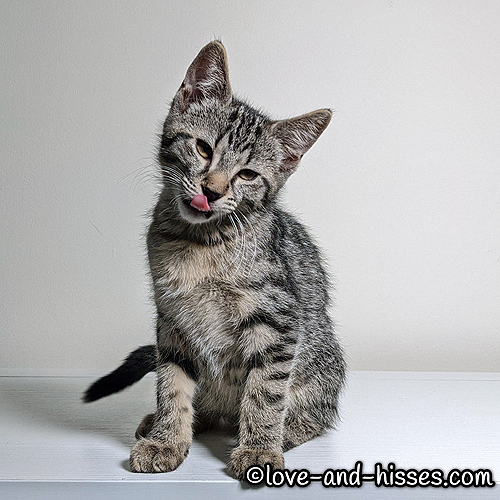 It’s not Thlurrrpsday, but ask Mondo if he cares. (He does not. He’ll thlurrrp when he wants to!) 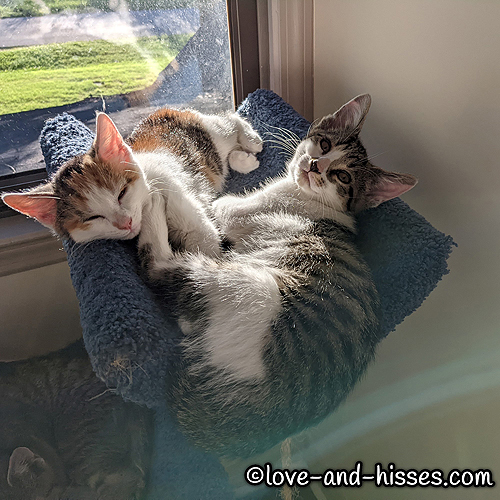 Well THAT looks comfy. (Hollyhock, Bramble, and down to the left a little bit of Clover.)

YouTube link
Here’s proof that Clover DOES play, he doesn’t just lie around and sleep. He just prefers to play one-on-one with another kitten or two, or by himself, he doesn’t like being in the middle of a crowd. 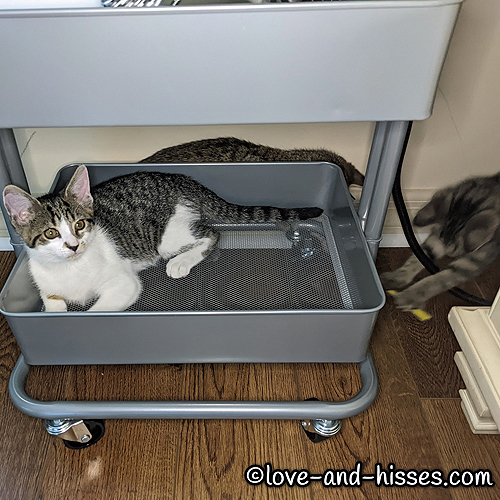 My office assistants are slacking. (Bramble, Clover behind him, and Mondo over to the right.)

YouTube link
Tossing toys for kittens (and Clover has a snooze.) 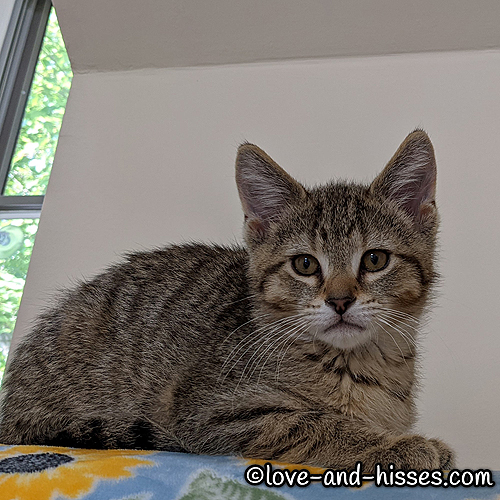 Oh that Clover. He is just the CUTEST, with the most SERIOUS little face.⁠

Clover’s meet & greet went okay this afternoon. He doesn’t “show” well, because he’s timid and reserved and does things in his own time. The potential adopters were SO patient with him, finally got to get a few pets in and Clover even purred a bit at the end. ⁠

They’re going to think about it, discuss it as a family, and let me know if they’d like to go ahead with the adoption, and I’ll let y’all know either way. (They have cats, including one who isn’t 2 years old yet, so Clover would not be an only cat.) 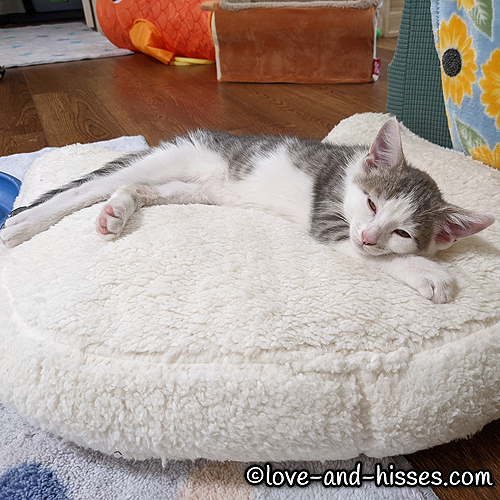 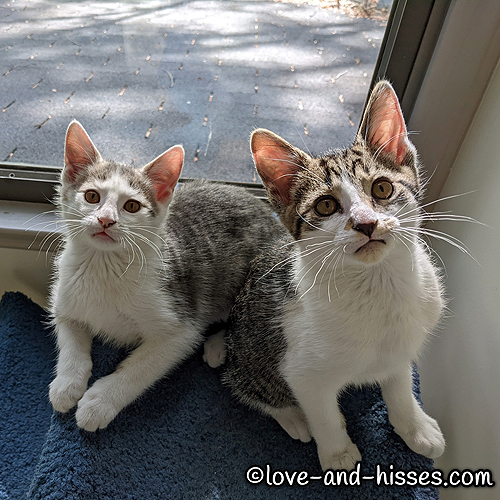 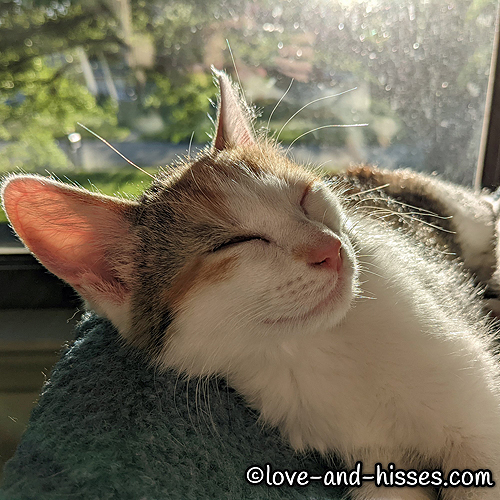 Hollyhock, smilin’ in the sun. 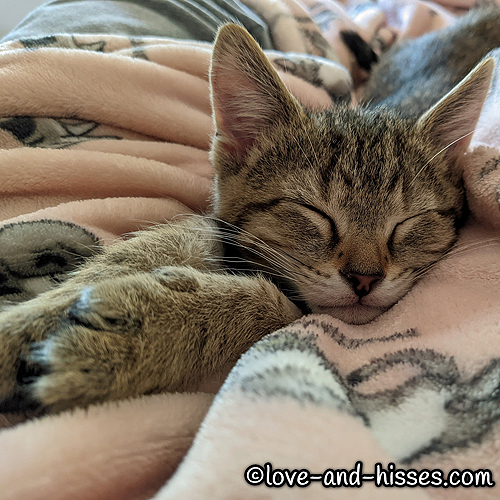 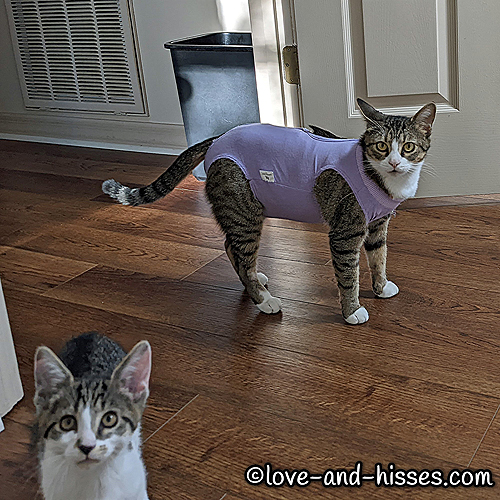 When the kittens are harassing Mimosa, she comes to find me and says “Lady, control your kittens.” (Bramble’s face is killing me. “Where’d the milk bar GO?!”)⁠
⁠
I take the onesie off of Mimosa first thing in the morning, and for a few hours the kittens leave her alone because they’re too busy racing around like wild things. But then someone realizes she’s not wearing it, and they alert the others, they start bugging her, and so the onesie goes back on. She doesn’t LOVE the onesie, but she doesn’t really mind it either, and it doesn’t stop her from doing anything she wants to do. I’m sure she’ll be glad to take it off FOREVER soon, though. 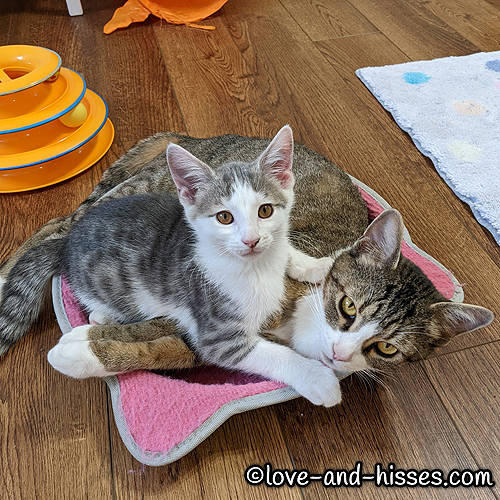 YouTube link
Mimosa was snoozing on that piece of cardboard when Hollyhock and Mondo came to sniff around for the milk bar, so she got up and stomped off. Then Mimosa tried to lead me to the food plate (which still had food on it, but she wanted something fresh, I guess.) 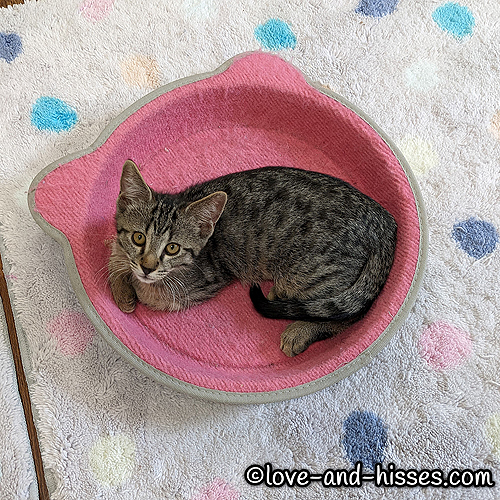 Is that a Mondo pie? It is! My favorite!

YouTube link
Mimosa was watching birds, and the kittens were watching her tail twitch. Mama’s tail: best toy ever! 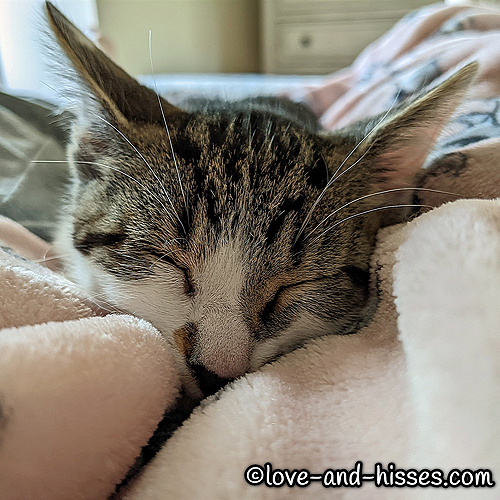