Thanks, everyone who posted suggestions to Jennifer (and to Turnip’s mama, Laurie) in yesterday’s comments. Hopefully Jennifer and Laurie can find something that will help them out.

It’s actually pretty rare that the cats wake me up during the night. Partially because I sleep with ear plugs in – though I should add that ear plugs only muffle the noise, they don’t cancel them. I wore ear plugs when Danielle was a baby, and I never had any problem hearing her when she woke up in the middle of the night. But mostly, I think, the permanent residents have learned that you don’t mess with Mama when she’s sleeping. I sleep with a can of compressed air on my bedside table and on the (now-rare, thankfully) occasions that two cats fight on the bed, or a cat attacks my feet or what have you, all I have to do is pick up the can and they see it and stop pretty much immediately.

Considering how many permanent residents we have, a fairly low number of them sleep in my room during the night. Miz Poo’s always there, and Tommy and Elwood start out the night with me. Alice likes to sleep in the Ikea doll bed in a corner of the room, and Corbie is fond of starting out the night under my bed. Everyone else, though, tends to sleep downstairs. Things are usually pretty quiet around here at night, thankfully. 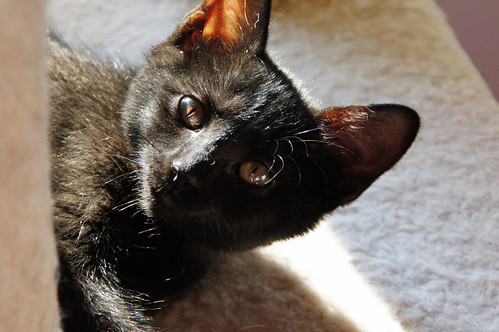 Logie in the sun, her favorite place to be! 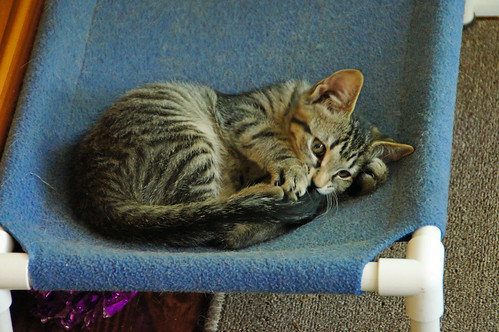 Newbery on the Ham-mick. This boy spends a LOT of time chasing, grabbing, and biting his tail. (Ignore all the fur behind him on the Ham-mick. Cat laundry gets done around here once a month whether it needs it or not! Ha.) 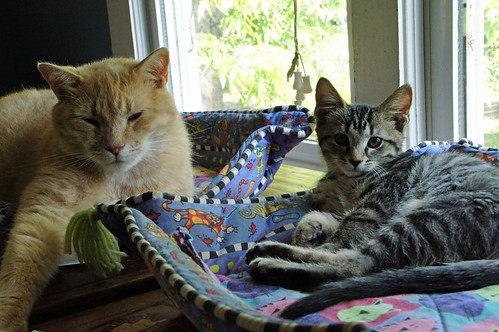 “Newt, get closer to Newbery and act like you LIKE him!” That long-suffering look on Newt’s face cracks me up. 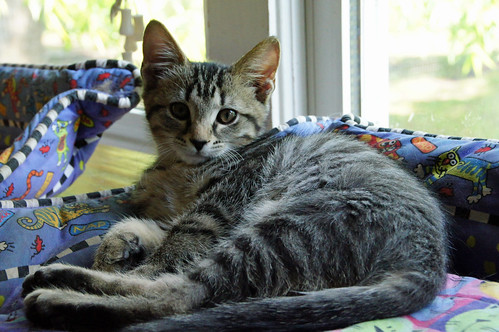 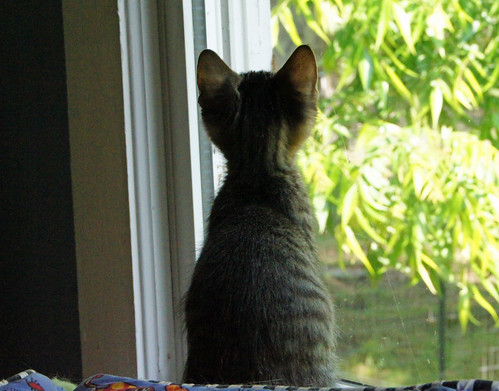 Newbery watching bugs through the window. 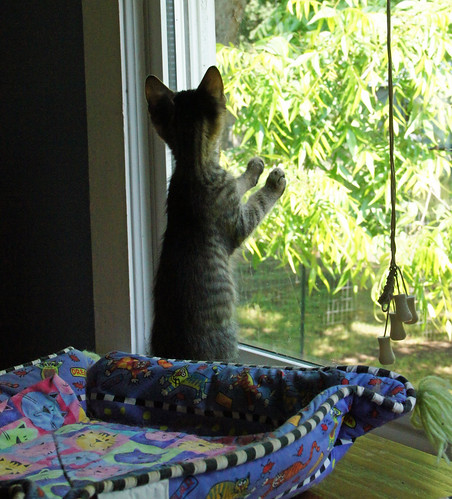 There’s a spider up in that corner of the window that all the kittens like to watch (on the outside of the window, I should add). 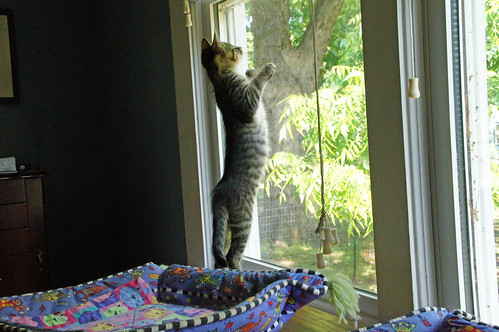 She must have gotten a nice, juicy fly. Newbery’s become quite the fly hunter in the last few weeks. He can hear them from three rooms away, and he always comes running and makes short work of them. He also takes care of disposal. Blegh. 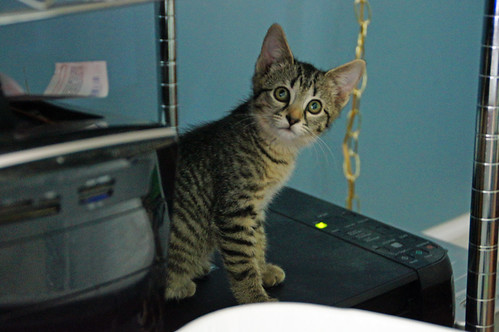 Do you see the wide-eyed, oh-so-innocent look on Razzie’s face? She’s like “Just sitting on the printer pushing buttons and making paper come out. Why you ask?” 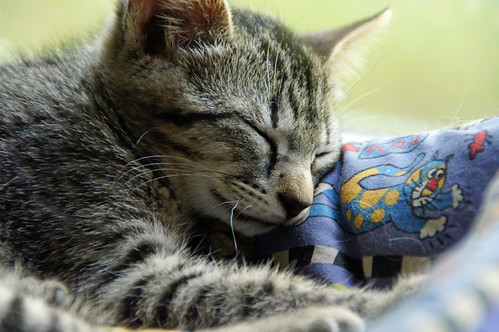 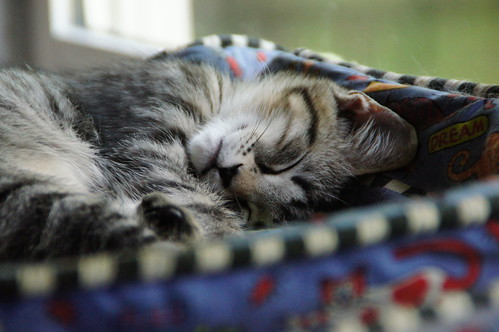 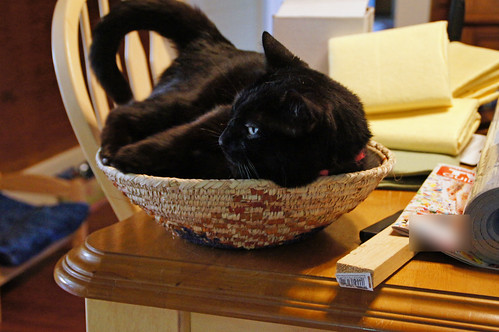 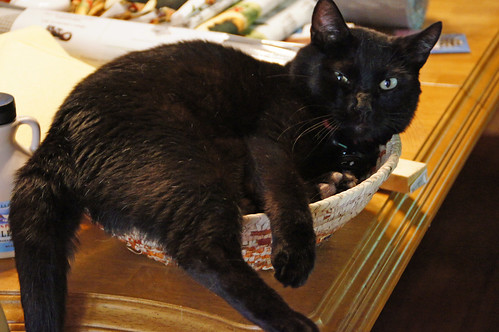 … that he fits in that basket just fine, thank you. He is NOT too big for it. Also, don’t look at all the junk on the table that his messy Mama left there (it’s since been cleaned up. I swear!)