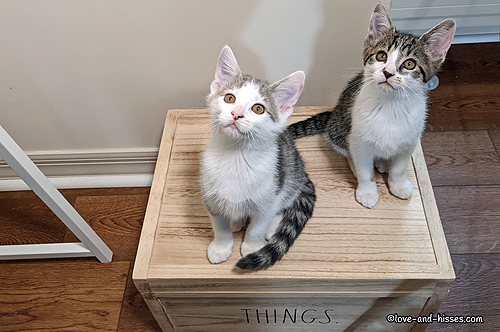 Kudzu and Bramble atop the “Things” box. 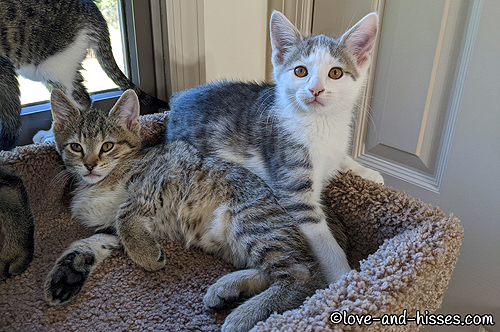 Clover wants to sleep, but it doesn’t look like Kudzu’s going to let him. 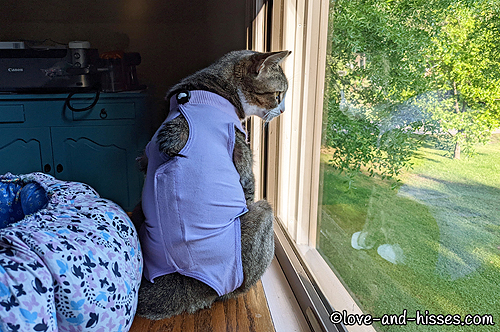 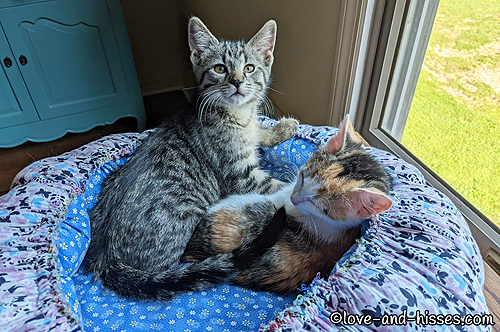 Mondo’s all “Who, me? I wasn’t gonna jump on Hollyhock and wake her up! I’d never!” 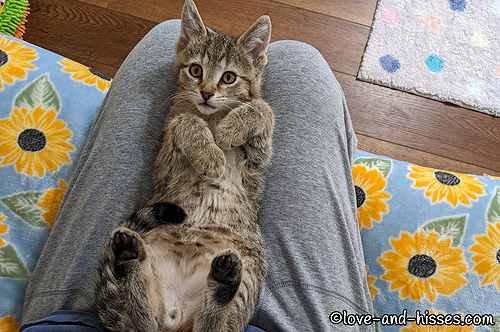 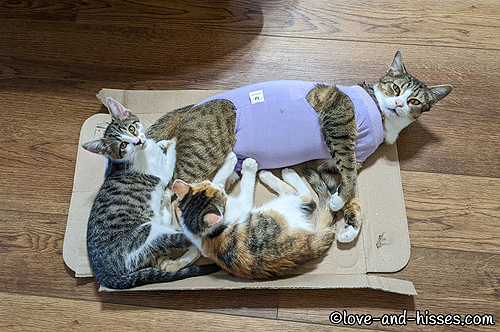 The onesie doesn’t stop the kittens from snuggling, but at least they’re not trying to nurse anymore. 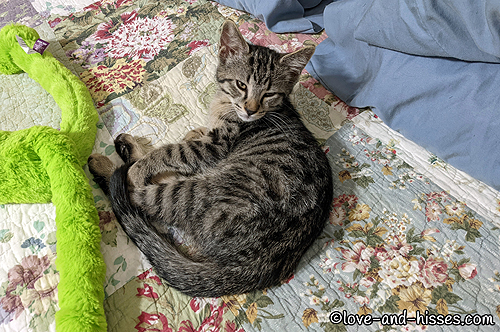 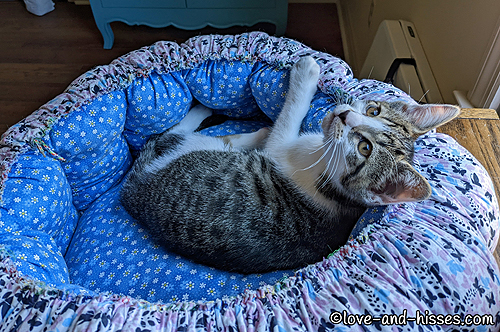 Bramble’s settling in for a nap. 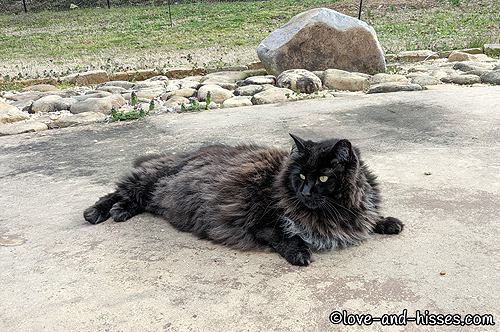 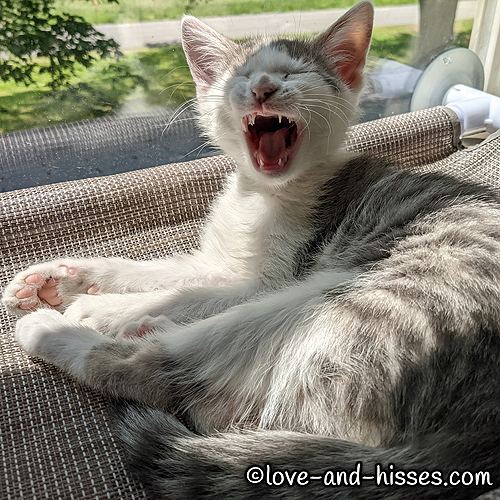 Kudzu’s having a hard time getting started this morning. It’s a rough life, ain’t it? 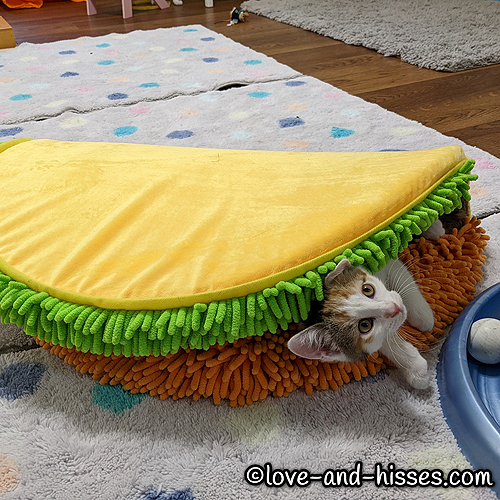 Ooh, it’s a Hollyhock taco. Just what I needed for lunch! 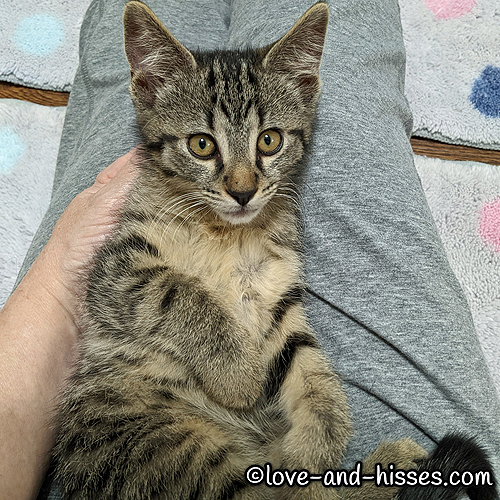 Having a quick snuggle with Mondo

YouTube link
It’s wrassle time for 4 of the 5 kittens (though you’ll see Mondo go racing across the room at one point.) And at the end, you can see mama Mimosa wandering down the hall in her onesie. 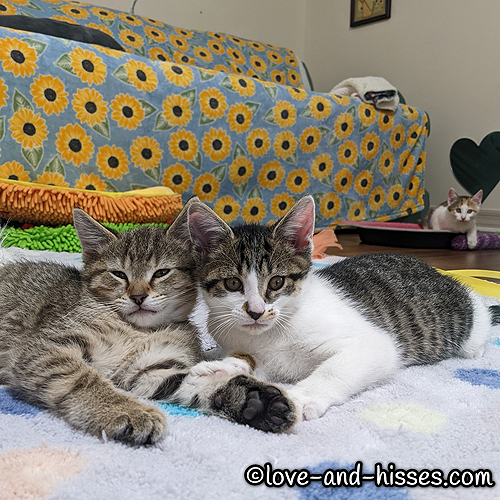 Good night innernets. (Clover, Bramble, and Hollyhock in the background) 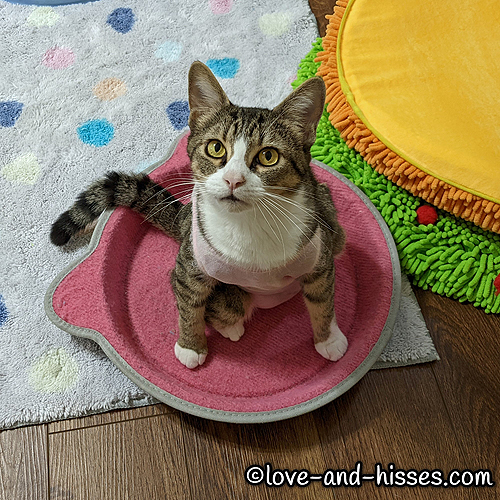 It’s a Mimosa pie! My favorite! 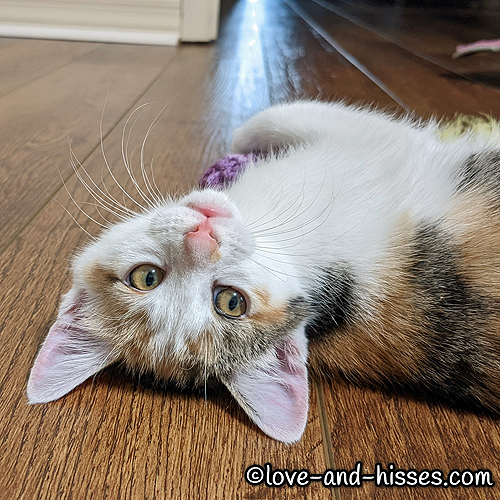 Hollyhock needs a kiss on her little pink nose. 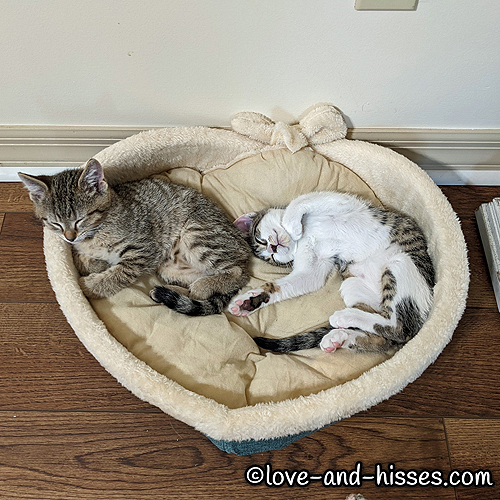 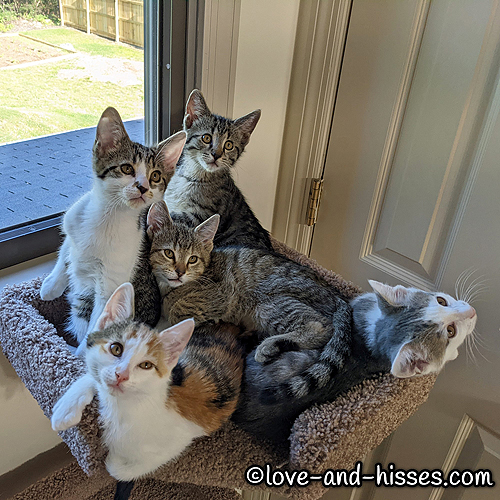 Confession: There were only 4 kittens in the top of the cat tree when I walked into the room. I picked up Clover and plopped him in the middle of them so I could get a picture of all the Sprouts. 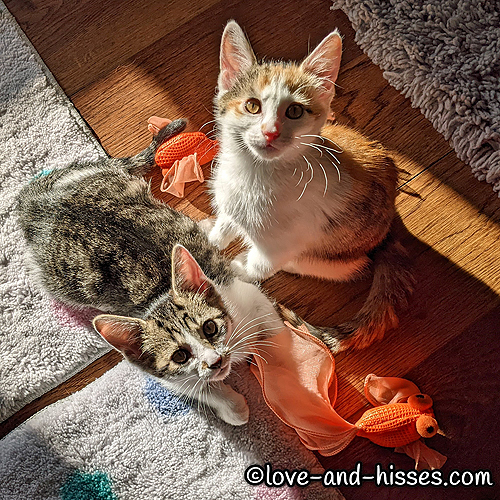 Bramble and Hollyhock are all “Excuse you lady, this meeting doesn’t concern you.” 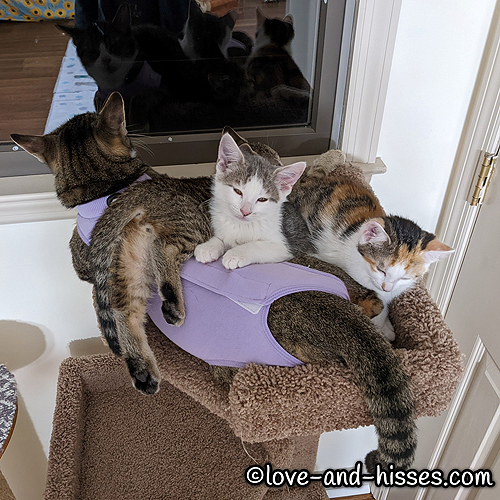 Yes, Mimosa is still in the onesie. I take it off her every morning, and after a few hours, when the kittens start harassing her, she gets SUPER vocal until I put it back on her. The kittens still snuggle with her (and keep checking to see if there’s milk bar access), but as long as they can’t nurse she doesn’t seem to mind them too terribly much. (And when they get TOO annoying, she can just get up and walk away.)

YouTube link
Tossing toys for kittens. These kittens have MOVES. 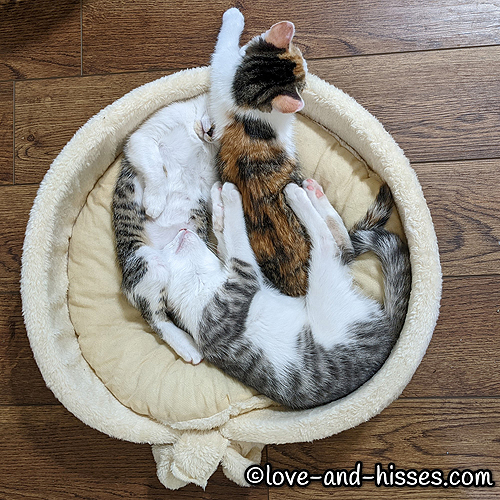